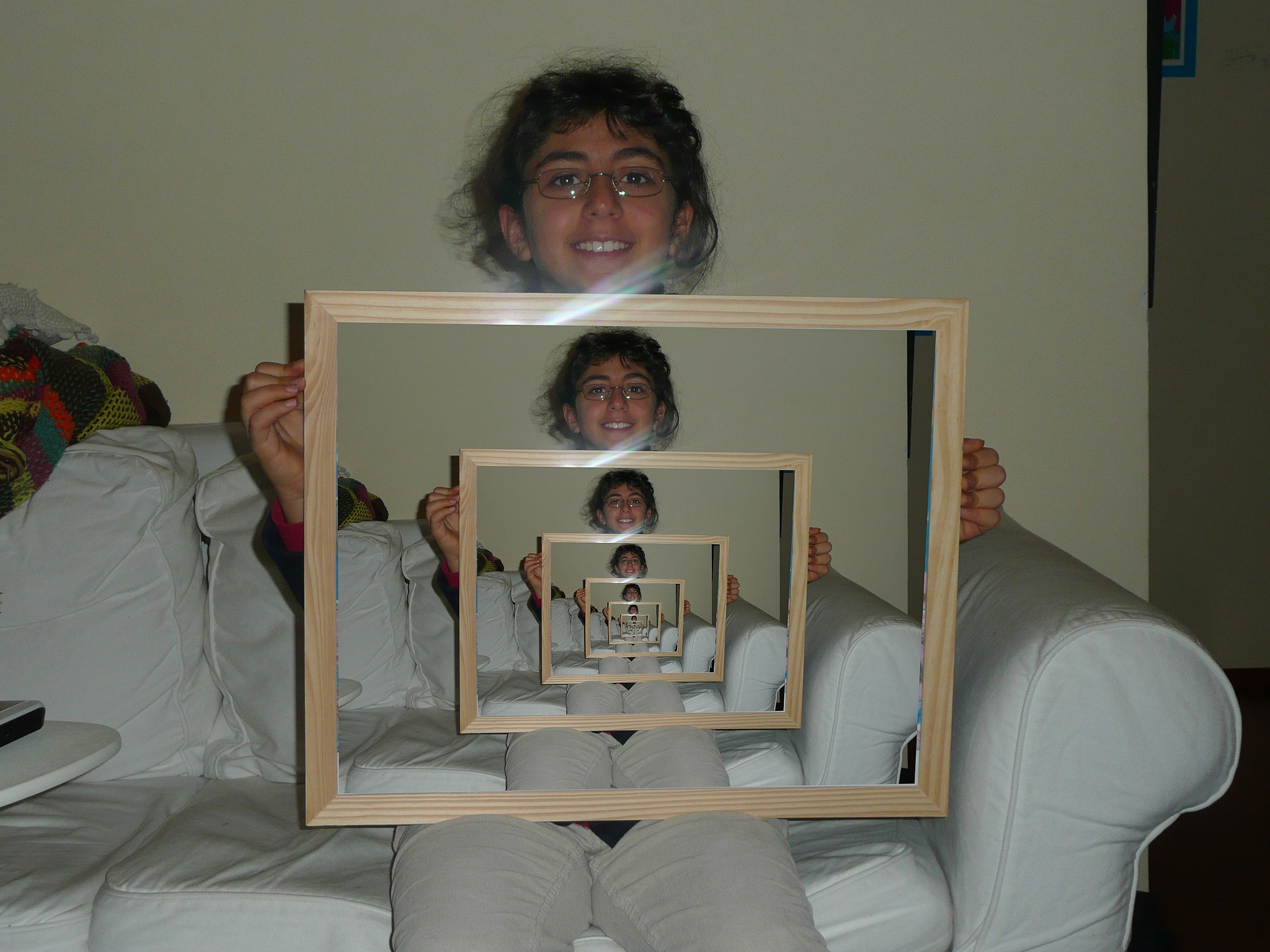 ARIES (March 21-April 19): In 1917, leaders of the Christian sect Jehovah’s Witnesses prophesied that all earthly governments would soon disappear and Christianity would perish. In 1924, they predicted that the ancient Hebrew prophet Moses would be resurrected and speak to people everywhere over the radio. In 1938, they advised their followers not to get married or have children, because the end of civilization was nigh. In 1974, they said there was only a “short time remaining before the wicked world’s end.” I bring these failed predictions to your attention, Aries, so as to get you in the mood for my prediction, which is: all prophecies that have been made about your life up until now are as wrong as the Jehovah Witnesses’ visions. In 2019, your life will be bracingly free of old ideas about who you are and who you’re supposed to be. You will have unprecedented opportunities to prove that your future is wide open.

TAURUS (April 20-May 20): Movie critic Roger Ebert defined the term “idiot plot” as “any film plot containing problems that would be solved instantly if all of the characters were not idiots.” I bring this to your attention because I suspect there has been a storyline affecting you that in some ways fits that description. Fortunately, any temptation you might have had to go along with the delusions of other people will soon fade. I expect that as a result, you will catalyze a surge of creative problem-solving. The idiot plot will transform into a much smarter plot.

GEMINI (May 21-June 20): In 1865, Prussia’s political leader, Otto von Bismarck, got angry when an adversary, Rudolf Virchow, suggested cuts to the proposed military budget. Bismarck challenged Virchow to a duel. Virchow didn’t want to fight, so he came up with a clever plan. As the challenged party, he was authorized to choose the weapons to be used in the duel. He decided upon two sausages. His sausage would be cooked; Bismarck’s sausage would be crammed with parasitic roundworms. It was a brilliant stratagem. The proposition spooked Bismarck, who backed down from the duel. Keep this story in mind if you’re challenged to an argument, dispute or conflict in the coming days. It’s best to figure out a tricky or amusing way to avoid it altogether.

CANCER (June 21-July 22): An imaginative twenty-seven-year-old man with the pseudonym Thewildandcrazyoli decided he was getting too old to keep his imaginary friend in his life. So he took out an ad on Ebay, offering to sell that long-time invisible ally, whose name was John Malipieman. Soon his old buddy was dispatched to the highest bidder for $3,000. Please don’t attempt anything like that in the coming weeks, Cancerian. You need more friends, not fewer—both of the imaginary and non-imaginary variety. Now is a ripe time to expand your network of compatriots.

LEO (July 23-Aug. 22): In December 1981, novice Leo filmmaker James Cameron got sick, fell asleep, and had a disturbing dream. He saw a truncated robot armed with kitchen knives crawling away from an explosion. This nightmare ultimately turned out to be a godsend for Cameron. It inspired him to write the script for the 1984 film “The Terminator,” a successful creation that launched him on the road to fame and fortune. I’m expecting a comparable development in your near future, Leo. An initially weird or difficult event will actually be a stroke of luck.

VIRGO (Aug. 23-Sept. 22): Psychologists define the Spotlight Effect as our tendency to imagine that other people are acutely attuned to every little nuance of our behavior and appearance. The truth is that they’re not, of course. Most everyone is primarily occupied with the welter of thoughts buzzing around inside his or her own head. The good news, Virgo, is that you are well set up to capitalize on this phenomenon in the coming weeks. I’m betting you will achieve a dramatic new liberation: you’ll be freer than ever before from the power of people’s opinions to inhibit your behavior or make you self-conscious.

LIBRA (Sept. 23-Oct. 22): What North America community is farthest north? It’s an Alaskan city that used to be called Barrow, named after a British admiral. But in 2016, local residents voted to reinstate the name that the indigenous Iñupiat people had once used for the place: Utqiagvik. In accordance with astrological omens, I propose that in the coming weeks, you take inspiration from their decision, Libra. Return to your roots. Pay homage to your sources. Restore and revive the spirit of your original influences.

SCORPIO (Oct. 23-Nov. 21): The Alaskan town of Talkeetna has a population of 900, so it doesn’t require a complicated political structure to manage its needs. Still, it made a bold statement by electing a cat as its mayor for fifteen years. Stubbs, a part-manx, won his first campaign as a write-in candidate, and his policies were so benign—no new taxes, no repressive laws—that he kept getting re-elected. What might be the equivalent of having a cat as your supreme leader for a while, Scorpio? From an astrological perspective, now would be a favorable time to implement that arrangement. This phase of your cycle calls for relaxed fun and amused mellowness and laissez-faire jauntiness.

SAGITTARIUS (Nov. 22-Dec. 21): Trees need to be buffeted by the wind. It makes them strong. As they respond to the pressure of breezes and gusts, they generate a hardier kind of wood called reaction wood. Without the assistance of the wind’s stress, trees’ internal structure would be weak and they might topple over as they grew larger. I’m pleased to report that you’re due to receive the benefits of a phenomenon that’s metaphorically equivalent to a brisk wind. Exult in this brisk but low-stress opportunity to toughen yourself up!

CAPRICORN (Dec. 22-Jan. 19): Writing at “ThePudding,” pop culture commentator Colin Morris reveals the conclusions he drew after analyzing 15,000 pop songs. First, the lyrics of today’s tunes have significantly more repetitiveness than the lyrics of songs in the 1960s. Second, the most popular songs, both then and now, have more repetitive lyrics than the average song. Why? Morris speculates that repetitive songs are catchier. But in accordance with current astrological omens, I encourage you Capricorns to be as unrepetitive as possible in the songs you sing, the messages you communicate, the moves you make, and the ideas you articulate. In the coming weeks, put a premium on originality, unpredictability, complexity and novelty.

AQUARIUS (Jan. 20-Feb. 18): In May 1927, Aquarian aviator Charles Lindbergh made a pioneering flight in his one-engine plane from New York to Paris. He became instantly famous. Years later, Lindbergh testified that partway through his epic journey he was visited by a host of odd, vaporous beings who suddenly appeared in his small cabin. They spoke with him, demonstrating a sophisticated understanding of navigation and airplane technology. Lindbergh’s spirits were buoyed. His concentration, which had been flagging, revived. He was grateful for their unexpected support. I foresee a comparable kind of assistance becoming available to you sometime soon, Aquarius. Don’t waste any time being skeptical about it; just welcome it.

PISCES (Feb. 19-March 20): More than four centuries ago, a Piscean samurai named Honda Tadakatsu became a leading general in the Japanese army. In the course of his military career, he fought in more than a hundred battles. Yet he never endured a major wound and was never beaten by another samurai. I propose we make him your inspirational role model for the coming weeks. As you navigate your way through interesting challenges, I believe that like him, you’ll lead a charmed life. No wounds. No traumas. Just a whole lot of educational adventures.

Homework: Write a one-page essay entitled “2019 Is the Year I Figure Out What I Really Want.” Share if you like: FreeWillAstrology.com