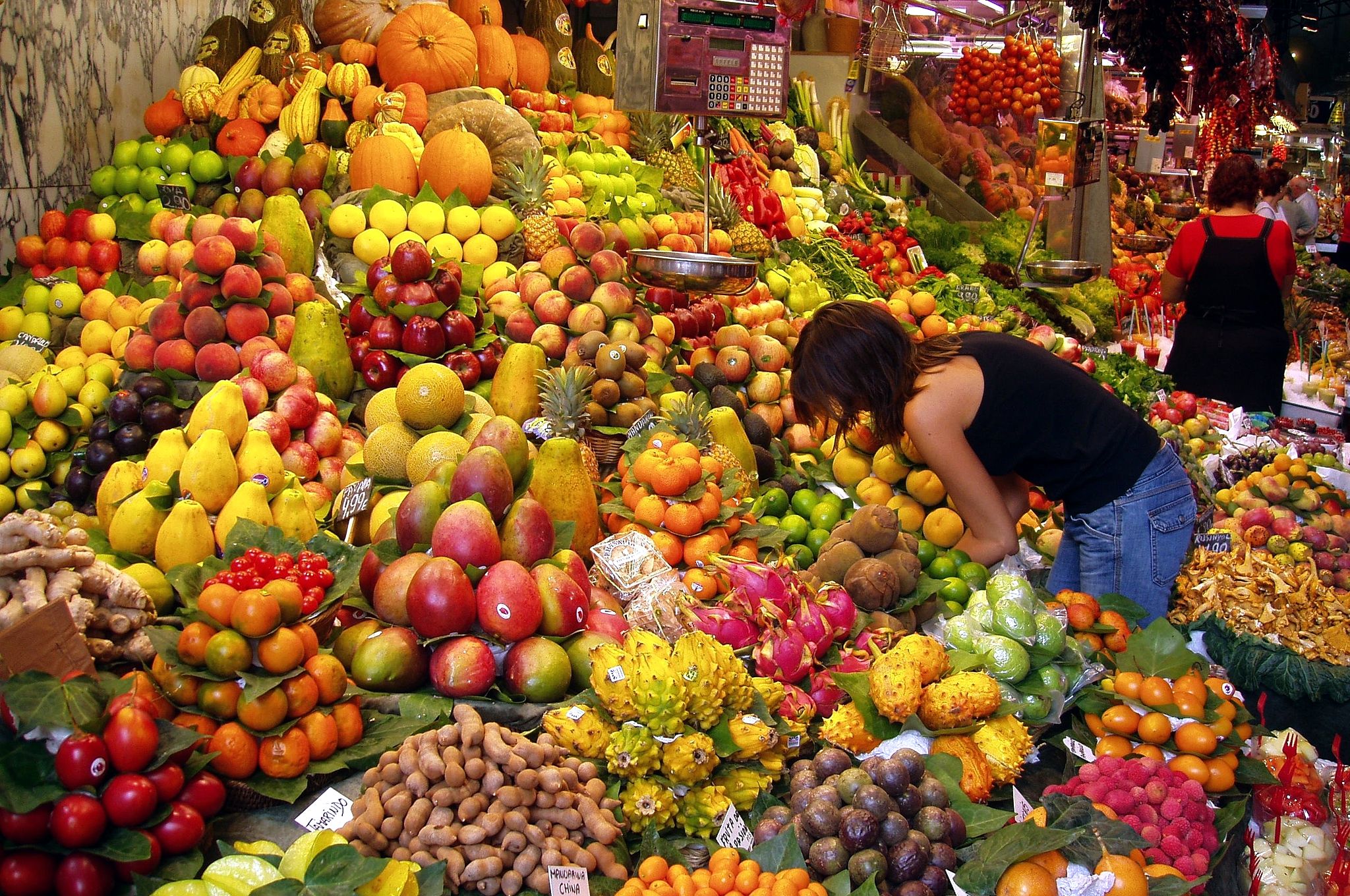 ARIES (March 21-April 19): When directors of movies say, “It’s a wrap,” they mean that the shooting of a scene has been finished. They may use the same expression when the shooting of the entire film is completed. That’s not the end of the creative process, of course. All the editing must still be done. Once that’s accomplished, the producer may declare that the final product is “in the can,” and ready to be released or broadcast. From what I can determine, Aries, you’re on the verge of being able to say, “it’s a wrap” for one of your own projects. There’ll be more work before you’re ready to assert, “it’s in the can.”

TAURUS (April 20-May 20): In accordance with astrological omens, I invite you to create your own royal throne and sit on it whenever you need to think deep thoughts and formulate important decisions. Make sure your power chair is comfortable as well as beautiful and elegant. To enhance your ability to wield your waxing authority with grace and courage, I also encourage you to fashion your own crown, scepter and ceremonial footwear. They, too, should be comfortable, beautiful and elegant.

GEMINI (May 21-June 20): In 1995, astronomer Bob Williams got a strong urge to investigate a small scrap of the night sky that most other astronomers regarded as boring. It was near the handle of the constellation known as the Big Dipper. Luckily for him, he could ignore his colleagues’ discouraging pressure. That’s because he had been authorized to use the high-powered Hubble Space Telescope for a ten-day period. To the surprise of everyone but Williams, his project soon discovered that this seemingly unremarkable part of the heavens is teeming with over 3,000 galaxies. I suspect you may have a challenge akin to Williams’, Gemini. A pet project or crazy notion of yours may not get much support, but I hope you’ll pursue it anyway. I bet your findings will be different from what anyone expects.

CANCER (June 21-July 22): A study by the Humane Research Council found that more than eighty percent of those who commit to being vegetarians eventually give up and return to eating meat. A study by the National Institutes of Health showed that only about thirty-six percent of alcoholics are able to achieve full recovery; the remainder relapse. And we all know how many people make New Year’s resolutions to exercise more often, but then stop going to the gym by February. That’s the bad news. The good news, Cancerian, is that during the coming weeks you will possess an enhanced power to stick with any commitment you know is right and good for you. Take advantage!

LEO (July 23-Aug. 22): Are there two places on earth more different from each other than Europe and Africa? Yet there is a place, the Strait of Gibraltar, where Europe and Africa are just 8.7 miles apart. Russia and the United States are also profoundly unlike each other, but only 2.5 miles apart where the Bering Strait separates them. I foresee a metaphorically comparable phenomenon in your life. Two situations or influences or perspectives that may seem to have little in common will turn out to be closer to each other than you imagined possible.

VIRGO (Aug. 23-Sept. 22): Virgo basketball star Latrell Sprewell played professionally for thirteen years. He could have extended his career at least three more seasons, but he turned down an offer for $21 million from the Minnesota team, complaining that it wouldn’t be sufficient to feed his four children. I will ask you not to imitate his behavior, Virgo. If you’re offered a deal or opportunity that doesn’t perfectly meet all your requirements, don’t dismiss it out of hand. A bit of compromise is sensible right now.

LIBRA (Sept. 23-Oct. 22): In 1992, an Ethiopian man named Belachew Girma became an alcoholic after he saw his wife die from AIDS. And yet today he is renowned as a Laughter Master, having dedicated himself to explore the healing powers of ebullience and amusement. He presides over a school that teaches people the fine points of laughter, and he holds the world’s record for longest continuous laughter at three hours and six minutes. I nominate him to be your role model in the next two weeks. According to my analysis of the astrological omens, you will be especially primed to benefit from the healing power of laughter. You’re likely to encounter more droll and whimsical and hilarious events than usual, and your sense of humor should be especially hearty and finely-tuned.

SCORPIO (Oct. 23-Nov. 21): A study published in the journal Social Psychological and Personality Science suggests that people who use curse words tend to be more candid. “Swearing is often inappropriate but it can also be evidence that someone is telling you their honest opinion,” said the lead researcher. “Just as they aren’t filtering their language to be more palatable, they’re also not filtering their views.” If that’s true, Scorpio, I’m going to encourage you to curse more than usual in the coming weeks. According to my analysis of the astrological omens, it’s crucial that you tell as much of the whole truth as is humanly possible. (P.S. Your cursing outbursts don’t necessarily have to be delivered with total abandon everywhere you go. You could accomplish a lot just by going into rooms by yourself and exuberantly allowing the expletives to roll out of your mouth.)

SAGITTARIUS (Nov. 22-Dec. 21): In the mid-1980s, a California carrot farmer grew frustrated with the fact that grocery stores didn’t want to buy his broken and oddly shaped carrots. A lot of his crop was going to waste. Then he got the bright idea to cut and shave the imperfect carrots so as to make smooth little baby carrots. They became a big success. Can you think of a metaphorically comparable adjustment you could undertake, Sagittarius? Is it possible to transform a resource that’s partially going to waste? Might you be able to enhance your possibilities by making some simple modifications?

CAPRICORN (Dec. 22-Jan. 19): Mongolia is a huge landlocked country. It borders no oceans or seas. Nevertheless, it has a navy of seven sailors. Its lone ship is a tugboat moored on Lake Khovsgol, which is three percent the size of North America’s Lake Superior. I’m offering up the Mongolian navy as an apt metaphor for you to draw inspiration from in the coming weeks. I believe it makes good astrological sense for you to launch a seemingly quixotic quest to assert your power, however modestly, in a situation that may seem out of your league.

AQUARIUS (Jan. 20-Feb. 18): “A freshness lives deep in me which no one can take from me,” wrote Swedish poet Gunnar Ekelöf. “Something unstilled, unstillable is within me; it wants to be voiced,” wrote philosopher Friedrich Nietzsche. In accordance with your astrological omens, I propose we make those two quotes your mottoes for the next four weeks. In my opinion, you have a mandate to tap into what’s freshest and most unstillable about you—and then cultivate it, celebrate it and express it with the full power of your grateful, brilliant joy.

PISCES (Feb. 19-March 20): According to the “Encyclopedia of Occultism and Parapsychology,” the word “obsession” used to refer to the agitated state of a person who was besieged by rowdy or unruly spirits arriving from outside the person. “Possession,” on the other hand, once meant the agitated state of a person struggling against rowdy or unruly spirits arising from within. In the Western Christian perspective, both modes have been considered primarily negative and problematic. In many other cultures, however, spirits from both the inside and outside have sometimes been regarded as relatively benevolent, and their effect quite positive. As long as you don’t buy into the Western Christian view, I suspect that the coming weeks will be a favorable time for you to consort with spirits like those.

Read free excerpts from my most recent book: https://bit.ly/JoyLuckLove