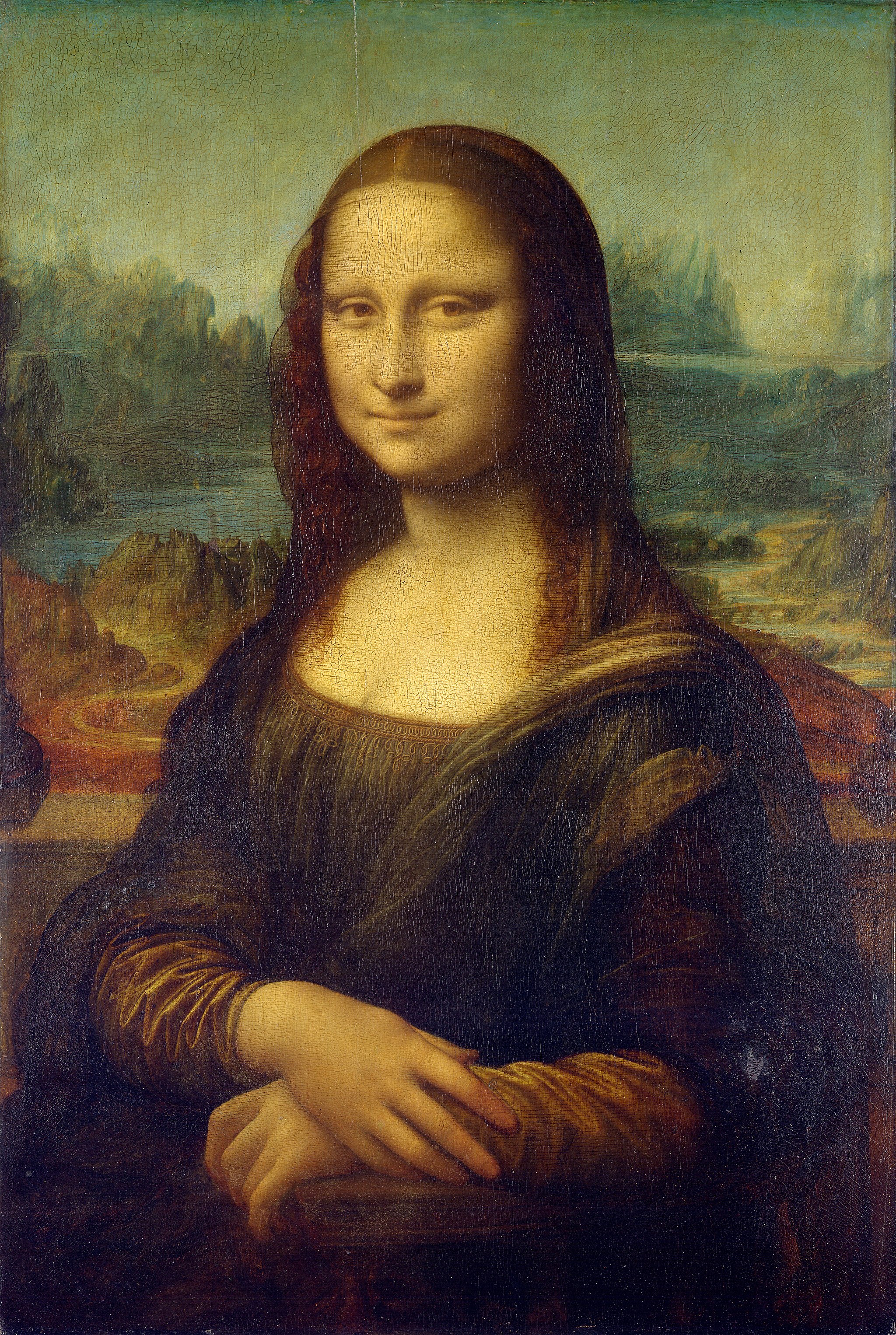 ARIES (March 21-April 19): Genius inventor Thomas Edison rebelled against sleep, which he regarded as wasteful. He tried to limit his time in bed to four hours per night so he would have more time to work during his waking hours. Genius scientist Albert Einstein had a different approach. He preferred ten hours of sleep per night, and liked to steal naps during the day, too. In my astrological opinion, Aries, you’re in a phase when it makes more sense to imitate Einstein than Edison. Important learning and transformation are happening in your dreams. Give your nightly adventures maximum opportunity to work their magic in your behalf.

TAURUS (April 20-May 20): The Danish flag has a red background emblazoned with an asymmetrical white cross. It was a national symbol of power as early as the fourteenth century, and may have first emerged during a critical military struggle that established the Danish empire in 1219. No other country in the world has a flag with such an ancient origin. But if Denmark’s prime minister Lars Løkke Rasmussen, who’s a Taurus, came to me and asked me for advice, I would urge him to break with custom and design a new flag—maybe something with a spiral rainbow or a psychedelic tree. I’ll suggest an even more expansive idea to you, Taurus: create fresh traditions in every area of your life!

GEMINI (May 21-June 20): On June 7, 1988, Gemini musician Bob Dylan launched what has come to be known as the Never Ending Tour. It’s still going. In the past thirty-plus years, he has performed almost 3,000 shows on every continent except Antarctica. In 2018 alone, at the age of seventy-seven, he did eighty-four gigs. He’s living proof that not every Gemini is flaky and averse to commitment. Even if you yourself have flirted with flightiness in the past, I doubt you will do so in the next five weeks. On the contrary. I expect you’ll be a paragon of persistence, doggedness and stamina.

CANCER (June 21-July 22): The otters at a marine park in Miura City, Japan are friendly to human visitors. There are holes in the glass walls of their enclosures through which they reach out to shake people’s hands with their webbed paws. I think you need experiences akin to that in the coming weeks. Your mental and spiritual health will thrive to the degree that you seek closer contact with animals. It’s a favorable time to nurture your instinctual intelligence and absorb influences from the natural world. For extra credit, tune in to and celebrate your own animal qualities.

LEO (July 23-Aug. 22): Between 1977 and 1992, civil war raged in Mozambique. Combatants planted thousands of land mines that have remained dangerous long after the conflict ended. In recent years, a new ally has emerged in the quest to address the problem: rats that are trained to find the hidden explosives so that human colleagues can defuse them. The expert sniffers don’t weigh enough to detonate the mines, so they’re ideal to play the role of saviors. I foresee a metaphorically comparable development in your future, Leo. You’ll get help and support from a surprising or seemingly unlikely source.

VIRGO (Aug. 23-Sept. 22): Imagine a stairway that leads nowhere; as you ascend, you realize that at the top is not a door or a hallway, but a wall. I suspect that lately you may have been dealing with a metaphorical version of an anomaly like this. But I also predict that in the coming weeks some magic will transpire that will change everything. It’s like you’ll find a button on the wall that when pushed opens a previously imperceptible door. Somehow, you’ll gain entrance through an apparent obstruction.

LIBRA (Sept. 23-Oct. 22): Not all of the classic works of great literature are entertaining. According to one survey of editors, writers and librarians, Goethe’s “Faust,” Melville’s “Moby Dick” and Cervantes’ “Don Quixote” are among the most boring masterpieces ever written. But most experts agree that they’re still valuable to read. In that spirit, and in accordance with astrological omens, I urge you to commune with other dull but meaningful things. Seek out low-key but rich offerings. Be aware that unexciting people and situations may offer clues and catalysts that you need.

SCORPIO (Oct. 23-Nov. 21): Many of you Scorpios regard secrecy as a skill worth cultivating. It serves your urge to gather and manage power. You’re aware that information is a valuable commodity, so you guard it carefully and share it sparingly. This predilection sometimes makes you seem understated, even shy. Your hesitancy to express too much of your knowledge and feelings may influence people to underestimate the intensity that seethes within you. Having said all that, I’ll now predict that you’ll show the world who you are with more dazzle and flamboyance in the coming weeks. It’ll be interesting to see how you do that as you also try to heed your rule that information is power.

SAGITTARIUS (Nov. 22-Dec. 21): Sagittarian actress and producer Deborra-Lee Furness has been married to megastar actor Hugh Jackman for twenty-three years. Their wedding rings are inscribed with a motto that blends Sanskrit and English, “Om paramar to the mainamar.” Hugh and Deborra-Lee say it means “we dedicate our union to a greater source.” In resonance with current astrological omens, I invite you to engage in a similar gesture with an important person in your life. Now is a marvelous time to deepen and sanctify your relationship by pledging yourselves to a higher purpose or beautiful collaboration or sublime mutual quest.

CAPRICORN (Dec. 22-Jan. 19): In 1997, a supercomputer named Deep Blue won six chess matches against chess grandmaster Garry Kasparov. In 2016, an artificial intelligence called AlphaGo squared off against human champion Lee Sedol in a best-of-five series of the Chinese board game Go. AlphaGo crushed Sedol, four games to one. But there is at least one cerebral game in which human intelligence still reigns supreme: the card game known as bridge. No AI has as yet beat the best bridge players. I bring this to your attention, Capricorn, because I am sure that in the coming weeks, no AI could outthink and out-strategize you as you navigate your way through life’s tests and challenges. You’ll be smarter than ever. P.S.: I’m guessing your acumen will be extra soulful, as well.

AQUARIUS (Jan. 20-Feb. 18): At regular intervals, a hot stream of boiling water shoots up out of the earth and into the sky in Wyoming’s Yellowstone National Park. It’s a geyser called Old Faithful. The steamy surge can reach a height of 185 feet and last for five minutes. When white settlers first discovered this natural phenomenon in the nineteenth century, some of them used it as a laundry. Between blasts, they’d place their dirty clothes in Old Faithful’s aperture. When the scalding flare erupted, it provided all the necessary cleansing. I’d love to see you attempt a metaphorically similar feat, Aquarius: harness a natural force for a practical purpose, or a primal power for an earthy task.

PISCES (Feb. 19-March 20): Who was the model for Leonardo da Vinci’s iconic painting “Mona Lisa?” Many scholars think it was Italian noblewoman Lisa del Giocondo. Leonardo wanted her to feel comfortable during the long hours she sat for him, so he hired musicians to play for her and people with mellifluous voices to read her stories. He built a musical fountain for her to gaze upon and a white Persian cat to cuddle. If it were within my power, I would arrange something similar for you in the coming weeks. Why? Because I’d love to see you be calmed and soothed for a concentrated period of time; to feel perfectly at ease, at home in the world, surrounded by beautiful influences you love. In my opinion, you need and deserve such a break from the everyday frenzy.

Homework: Think of the last person you cursed, if only with a hateful thought if not an actual spell. Now send them a free-hearted blessing.