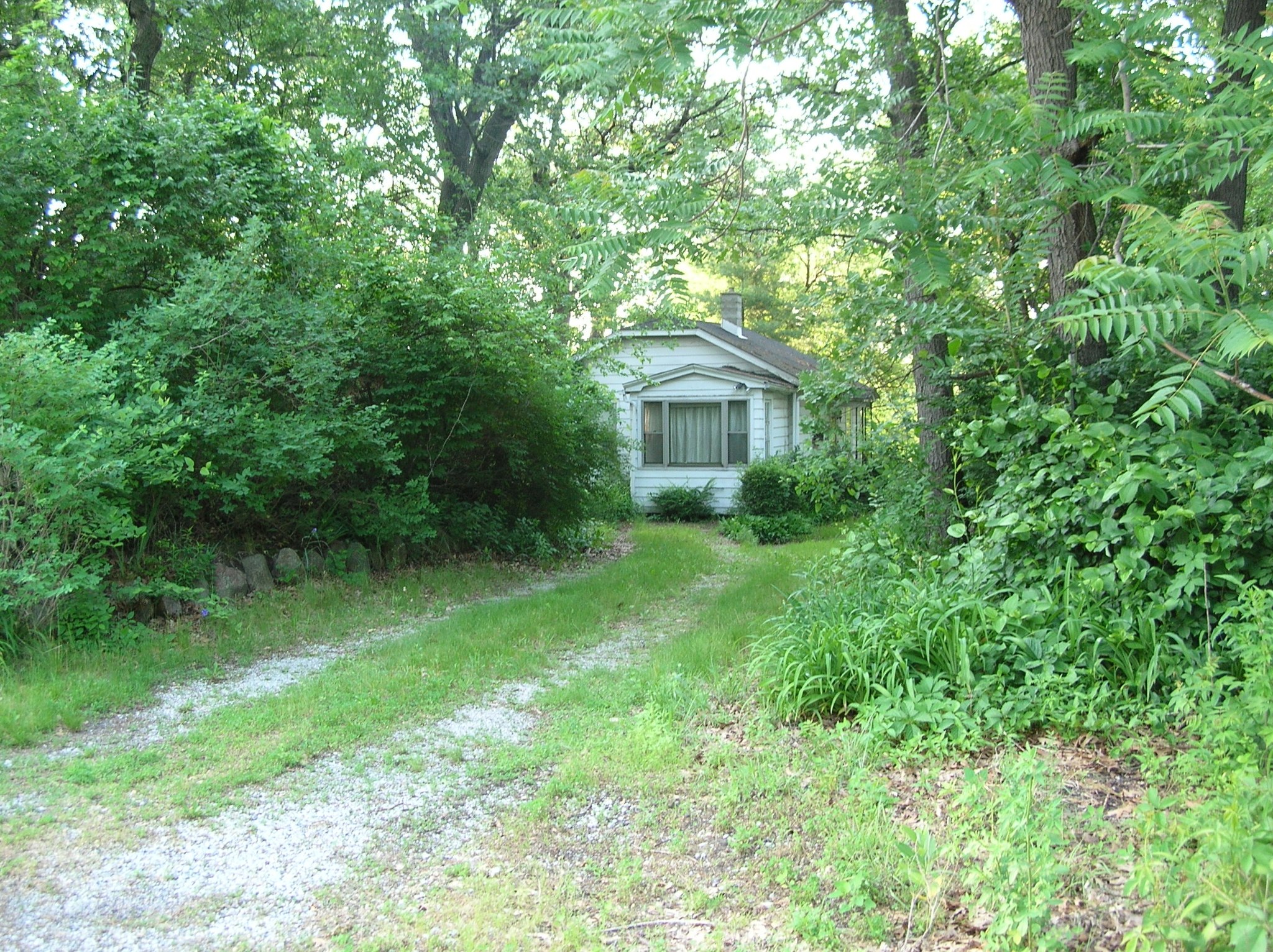 ARIES (March 21-April 19): French writer Simone de Beauvoir sent a letter to her lover, Aries author Nelson Algren. She wrote, “I like so much the way you are so greedy about life and yet so quiet, your eager greediness and your patience, and your way of not asking much of life and yet taking much because you are so human and alive that you find much in everything.” I’d love to see you embody that state in the coming weeks, Aries. In my astrological opinion, you have a mandate to be both utterly relaxed and totally thrilled; both satisfied with what life brings you and skillfully avid to extract the most out of it; both at peace with what you already have and primed to grab for much more.

TAURUS (April 20-May 20): The Beat Generation of American poets arose in the late 1940s as a rebellion against materialistic mainstream culture and academic poetry. It embraced sexual liberation, Eastern spirituality, ecological awareness, political activism and psychedelic drugs. One of its members, Jack Kerouac, tweaked and ennobled the word “beat” to serve as the code name for their movement. In its old colloquial usage, “beat” meant tired or exhausted. But Kerouac re-consecrated it to mean “upbeat” and “beatific,” borrowing from the Italian word beato, translated as “beatific.” I bring this to your attention, Taurus, because you’re on the verge of a similar transition: from the old meaning of “beat” to the new.

GEMINI (May 21-June 20): “Scattered through the ordinary world, there are books and artifacts and perhaps people who are like doorways into impossible realms, of impossible and contradictory truth.” Argentinian author Jorge Luis Borges said that, and now I’m passing it on to you—just in time for your entrance into a phase when such doorways will be far more available than usual. I hope you will use Borges’ counsel as a reminder to be alert for everyday situations and normal people that could lead you to intriguing experiences and extraordinary revelations and life-changing blessings.

CANCER (June 21-July 22): The Free Will Astrology Committee To Boldly Promote Cancerian’s Success is glad to see that you’re not politely waiting for opportunities to come to you. Rather, you’re tracking them down and proactively wrangling them into a form that’s workable for your needs. You seem to have realized that what you had assumed was your fair share isn’t actually fair; that you want and deserve more. Although you’re not being mean and manipulative, neither are you being overly nice and amenable; you’re pushing harder to do things your way. I approve! And I endorse your efforts to take it even further.

LEO (July 23-Aug. 22): Many experts who have studied the art and science of running fast believe that it’s best if a runner’s legs are symmetrical and identical in their mechanics. But that theory is not supported by the success of champion sprinter Usain Bolt. Because he has suffered from scoliosis, his left leg is a half-inch longer than his right. With each stride, his left leg stays on the track longer than his right, and his right hits the track with more force. Some scientists speculate that this unevenness not only doesn’t slow him down, but may in fact enhance his speed. In accordance with current astrological variables, I suspect you will be able to thrive on your asymmetry in the coming weeks, just as your fellow Leo Usain Bolt does.

VIRGO (Aug. 23-Sept. 22): Virgo adventurer Jason Lewis traveled around the world using transportation powered solely by his own body. He walked, bicycled, skated, rowed, pedaled and swam more than 46,000 miles. I propose that we make him your role model for the next four weeks. You’re primed to accomplish gradual breakthroughs through the use of simple, persistent, incremental actions. Harnessing the power of your physical vitality will be an important factor in your success.

LIBRA (Sept. 23-Oct. 22): Curcumin is a chemical found in the plant turmeric. When ingested by humans, it may diminish inflammation, lower the risk of diabetes, support cardiovascular health, and treat digestive disorders. But there’s a problem: the body is inefficient in absorbing and using curcumin—unless it’s ingested along with piperine, a chemical in black pepper. Then it’s far more available. What would be the metaphorical equivalent to curcumin in your life? An influence that could be good for you, but that would be even better if you synergized it with a certain additional influence? And what would be the metaphorical equivalent of that additional influence? Now is a good time to investigate these questions.

SCORPIO (Oct. 23-Nov. 21): “I have the usual capacity for wanting what may not even exist,” wrote poet Galway Kinnell. How abut you, Scorpio? Do you, too, have an uncanny ability to long for hypothetical, invisible, mythical and illusory things? If so, I will ask you to downplay that amazing power of yours for a while. It’s crucial for your future development that you focus on yearning for actual experiences, real people and substantive possibilities. Please understand: I’m not suggesting you’re bad or wrong for having those seemingly impossible desires. I’m simply saying that for now you will thrive on being attracted to things that are genuinely available.

SAGITTARIUS (Nov. 22-Dec. 21): “Sometimes I have kept my feelings to myself, because I could find no language to describe them in,” wrote Sagittarian novelist Jane Austen. I’m guessing you’ve had that experience—maybe more than usual, of late. But I suspect you’ll soon be finding ways to express those embryonic feelings. Congrats in advance! You’ll discover secrets you’ve been concealing from yourself. You’ll receive missing information whose absence has made it hard to understand the whole story. Your unconscious mind will reveal the rest of what it has thus far merely been hinting at.

CAPRICORN (Dec. 22-Jan. 19): All over the world, rivers and lakes are drying up. Sources of water are shrinking. Droughts are becoming more common and prolonged. Why? Mostly because of climate change. The good news is that lots of people are responding to the crisis with alacrity. Among them is an engineer in India named Ramveer Tanwar. Since 2014, he has organized efforts leading to the rejuvenation of twelve dead lakes and ponds. I propose we make him your role model for the coming weeks. I hope he will inspire you to engage in idealistic pursuits that benefit other people. And I hope you’ll be motivated to foster fluidity and flow and wetness everywhere you go. The astrological time is ripe for such activities.

AQUARIUS (Jan. 20-Feb. 18): A blogger named Caramelizee offered her definition of elegance: “being proud of both your feminine and masculine qualities; seeing life as a non-ending university and learning everything you can; caring for yourself with tender precision; respecting and taking advantage of silences; tuning in to your emotions without being oversensitive; owning your personal space and being generous enough to allow other people to own their personal space.” This definition of elegance will be especially apropos and useful for you Aquarians in the coming weeks.

PISCES (Feb. 19-March 20): You Pisceans have been summoning heroic levels of creative intensity. You’ve been working extra hard and extra smart. But it seems that you haven’t been fully recognized or appreciated for your efforts. I’m sorry about that. Please don’t let it discourage you from continuing to express great integrity and authenticity. Keep pushing for your noble cause and offering your best gifts. I’m proud of you! And although you may not yet have reaped all the benefits you will ultimately sow, three months from now I bet you’ll be pleased you pushed so hard to be such a righteous servant of the greater good.

Homework: Imagine your future self sends a message to you back through time. What is it? Freewillastrology.com.