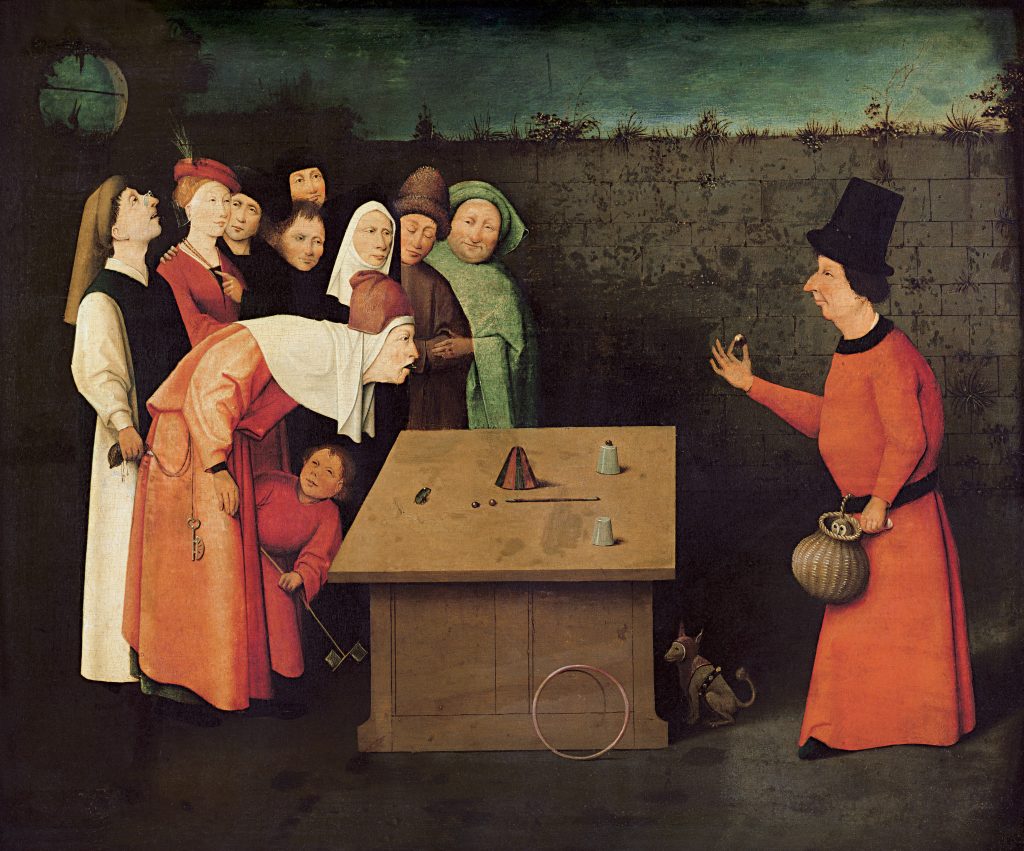 ARIES (March 21-April 19): In the United States, the day after Thanksgiving typically features a spectacular shopping orgy. On “Black Friday,” stores sell their products at steep discounts and consumers spend their money extravagantly. But the creators of the game “Cards Against Humanity” have consistently satirized the tradition. In 2013, for example, they staged a Black Friday “anti-sale,” for which they raised their prices. The coming weeks will be a favorable time for you to try something similar. Is it possible you’re undercharging for your products and services and skills? If so, consider asking for more. Reassess your true worth and seek appropriate rewards.

TAURUS (April 20-May 20): Whether or not you believe in magic, magic believes in you right now. Will you take advantage of the fancy gifts it has to offer? I guess it’s possible that you’re not interested in seeing deeper into the secret hearts of those you care for. Maybe you’ll go “ho-hum” when shown how to recognize a half-hidden opportunity that could bring vitalizing changes. And you may think it’s not very practical to romance the fire and the water at the same time. But if you’re interested, all that good stuff will be available for you. P.S. To maximize the effects of the magic, believe in it.

GEMINI (May 21-June 20): In 1815, the most ferocious volcanic eruption in human history exploded from Mount Tambora in what’s now known as Indonesia. It flung gas and ash all over the planet, causing weird weather for three years. Sunlight dimmed, temperatures plummeted, skies were tumultuous, and intense storms proliferated. Yet these conditions ignited the imagination of author Mary Shelley, inspiring her to write what was to become her most notable work, “Frankenstein.” I suspect that you, too, will ultimately generate at least one productive marvel in response to the unusual events of the coming weeks.

CANCER (June 21-July 22): For over forty years, Cancerian musician Carlos Santana has made music that blends rock ‘n’ roll with Latin and African rhythms. In the early years, his creations sold well, but by the mid-1980s his commercial success declined. For a decade, he floundered. His fortunes began to improve after a spectacular meditation session. Santana says he was contacted by the archangel Metatron, who told him how to generate material for a new album. The result was “Supernatural,” which sold thirty million copies and won nine Grammy Awards. I mention this, Cancerian, because I suspect that you could soon experience a more modest but still rousing variation of Santana’s visitation. Are you interested? If so, the next seven weeks will be a good time to seek it out—and be very receptive to its possibility.

LEO (July 23-Aug. 22): “Expergefactor” is an old English word that has fallen out of use. In its original sense, it meant something that wakes you up, like an alarm clock or thunderstorm or your partner’s snoring. But I want to revive “expergefactor” and expand its meaning. In its new version, it will refer to an exciting possibility or beloved goal that consistently motivates you to spring out of bed in the morning and get your day started. Your expergefactor could be an adventure you’re planning or a masterpiece you’re working on or a relationship that fills you with curiosity and enchantment. In my astrological opinion, the coming weeks will be an excellent time to identify and fine-tune an expergefactor that will serve you well for a long time.

VIRGO (Aug. 23-Sept. 22): We live in a cultural moment when satire, sarcasm, cynicism and irony are prized as supreme emblems of intelligence. If you say that you value sincerity and earnestness, you risk being considered naive and unsophisticated. Nevertheless, the current astrological omens suggest that you will generate good fortune for yourself in the coming weeks by making liberal use of sincerity and earnestness. So please try not to fall into the easy trap of relying on satire, sarcasm, cynicism and irony to express yourself. As much as is practical, be kindly frank and compassionately truthful and empathetically genuine. (P.S. It’s a strategy that will serve your selfish aims quite well.)

LIBRA (Sept. 23-Oct. 22): “Most people don’t find their creativity,” mourned Libran author Truman Capote. “There are more unsung geniuses that don’t even know they have great talent.” If that describes you even a little bit, I’m happy to let you know that you’re close to stumbling upon events and insights that could change that. If you respond to the prompts of these unexpected openings, you will rouse a partially dormant aspect of your genius, as well as a half-inert stash of creativity and a semi-latent cache of imaginativity.

SCORPIO (Oct. 23-Nov. 21): Do you know the word “sfumato”? Its literal meaning in Italian is “smoked.” When used to describe a painting, it refers to blurred borders between objects or fuzzy transitions between areas of different colors. All the forms are soft and hazy. I bring this to your attention because I suspect the coming weeks will be a sfumato-like time for you. You may find it a challenge to make precise distinctions. Future and past may overlap, as well as beginnings and endings. That doesn’t have to be a problem as long as you’re willing to go with the amorphous flow. In fact, it could even be pleasurable and useful. You might be able to connect with influences from which you’ve previously been shut off. You could blend your energies together better with people who’ve been unavailable.

SAGITTARIUS (Nov. 22-Dec. 21): “You have a right to experiment with your life,” declared author Anaïs Nin. I agree. You don’t necessarily have to be what you started out to be. You can change your mind about goals that you may at one time have thought were permanent. I suspect you could be at one of these pivot points right now, Sagittarius. Are there any experiments you’d like to try? If so, keep in mind this further counsel from Nin. It’s possible “you will make mistakes. And they are right, too.”

CAPRICORN (Dec. 22-Jan. 19): You have one main task to accomplish in the coming weeks, Capricorn. It’ll be simple and natural if you devote yourself to it wholeheartedly. The only way it could possibly become complicated and challenging is if you allow your focus to be diffused by less important matters. Ready for your assignment? It’s articulated in this poem by Rupi Kaur: “bloom beautifully / dangerously / loudly / bloom softly / however you need / just bloom.”

AQUARIUS (Jan. 20-Feb. 18): When the forces of the Roman empire occupied the British Isles from the years 43 to 410, they built 2,000 miles of roads. Their methods were sophisticated. That’s why few new roads were built in England until the eighteenth century, and many of the same paths are still visible and available today. In this spirit, and in accordance with astrological omens, I recommend that you make good use of an old system or network in the coming weeks. This is one time when the past has blessings to offer the future.

PISCES (Feb. 19-March 20): “I’m not enigmatic and intriguing enough,” writes a Piscean blogger named RiddleMaster. “I really must work harder. Maybe I’ll start wearing ankle-length black leather coats, billowing silk scarves imprinted with alchemical symbols and wide-brimmed hats. I’ll listen to Cambodian folk songs and read rare books in ancient Sanskrit. When someone dares to speak to me, I’ll utter cryptic declarations like, ‘The prophecies will be fulfilled soon enough.'” I understand RiddleMaster’s feelings. You Pisceans need mystery almost as much as you need food. But I believe you should set aside that drive for a few weeks. The time has come for you to show the world who you are with crisp candor.

Homework: Compose an exciting prayer in which you ask for something you’re not “supposed” to. FreeWillAstrology.com