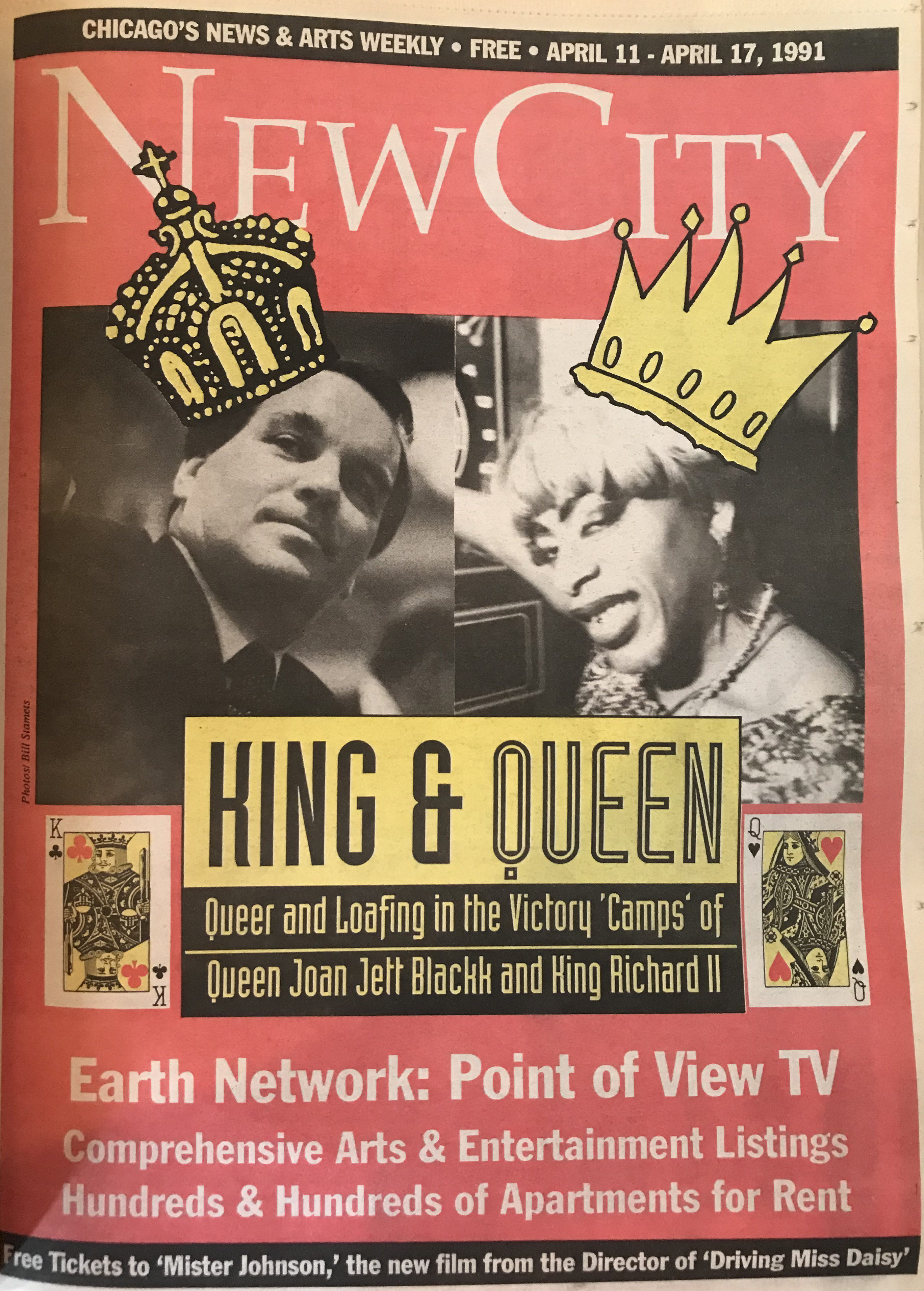 With Steppenwolf Theatre Company mounting the new production, “Ms. Blakk for President,” written by Tarell Alvin McCraney and Tina Landau (also starring McCraney and directed by Landau), we’re republishing one of our more noteworthy stories from our early days, the queen half of “King and Queen.”

By the time Richard M. Daley ran for reelection in 1991, the results were a foregone conclusion as he ran largely unopposed, which made for boring journalism. But the emergence of the candidacy of Joan Jett Blakk, an act of political theater especially poignant in a time when AIDS was still ravaging the gay community and LGBT rights were still a public third rail, was something quite different. We decided to make our own statement, in a way, by sending reporters to cover the election night, in an equal manner, at both headquarters—that of Richard M. Daley and that of Joan Jett Blakk. (Brian Hieggelke)