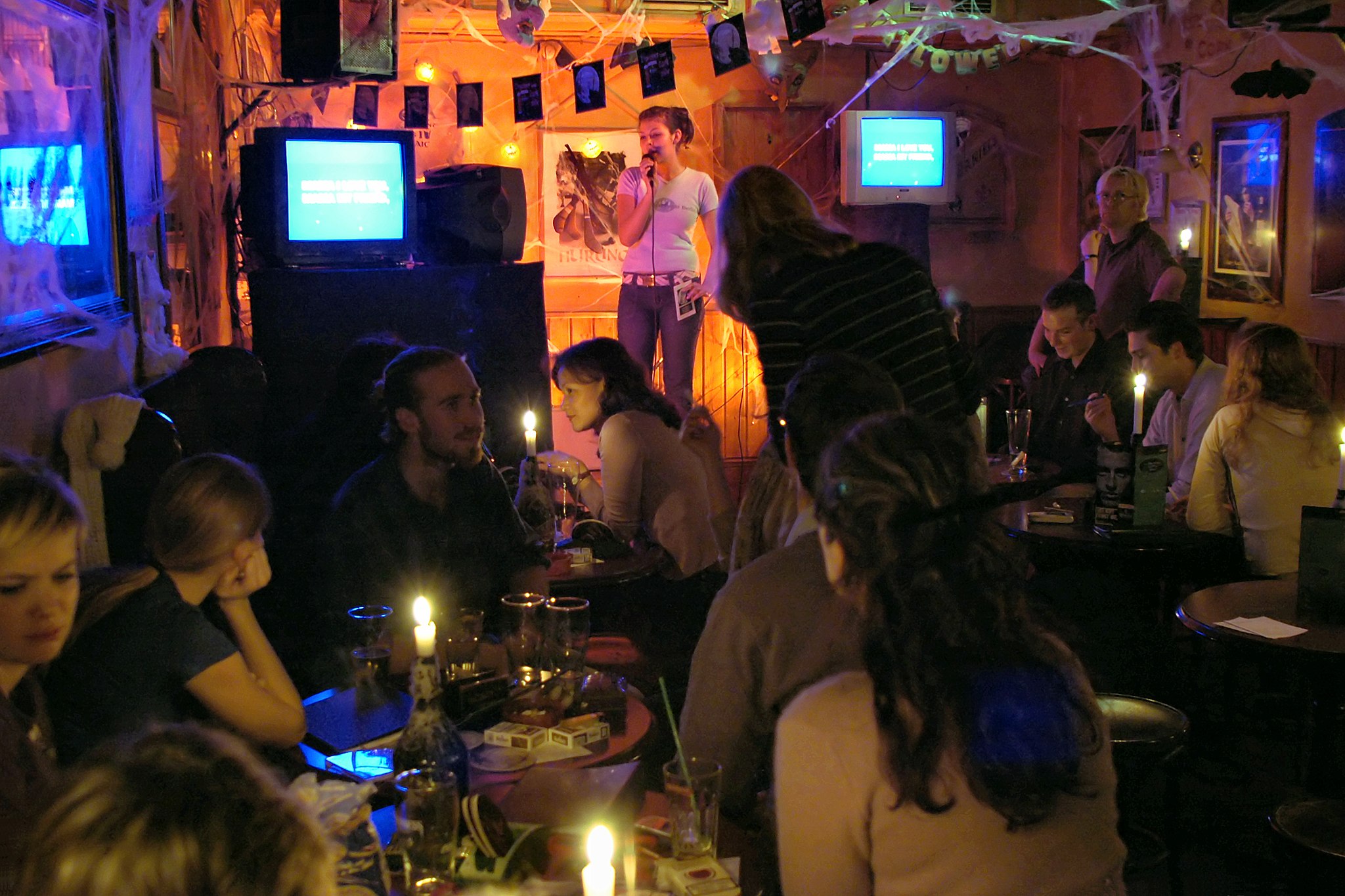 ARIES (March 21-April 19): An Aries reader sent me a boisterous email. “I was afraid I was getting too bogged down by my duties,” he said, “too hypnotized by routine, too serious about my problems. So I took drastic action.” He then described the ways he broke out of his slump. Here’s an excerpt: “I gave laughing lessons to a cat. I ate a spider. I conducted a sneezing contest. I smashed an alarm clock with a hammer. Whenever an elderly woman walked by, I called out ‘Hail to the Queen!’ and did a backflip. I gave names to my spoon (Hortense), the table (Beatrice), a fly that was buzzing around (Fallon), and a toothpick (Arturo).” According to my analysis of the astrological omens, Aries, you’d be wise to stage a comparable uprising.

TAURUS (April 20-May 20): Welcome home, homegirls and homeboys. After observing all your homesteading in homes away from home, I’m pleased to see you getting curious about the real home brew again. I wonder how many times I’ll say the word “home” before you register the message that it’s high time for you to home in on some homemade, homegrown homework? Now here’s a special note to any of you who may be feeling psychologically homeless or exiled from your spiritual home: the coming weeks will be a favorable time to address that ache and remedy that problem.

GEMINI (May 21-June 20): The world is full of eternally restless people who seethe with confused desires they don’t understand. Fueled by such unfathomable urges, they are driven in unknown directions to accomplish fuzzy goals. They may be obsessed in ways that make them appear to be highly focused, but the objects of their obsession are impossible to attain or unite with. Those objects don’t truly exist! I have described this phenomenon in detail, Gemini, because the coming months will offer you all the help and support you could ever need to make sure you’re forever free of any inclination to be like that.

CANCER (June 21-July 22): What would you say if I asked you to tell me who you truly are? I wouldn’t want to hear so much about your titles and awards. I’d be curious about your sacred mysteries, not your literal history. I’d want to know the treasured secrets you talk about with yourself before you fall asleep. I’d ask you to sing the songs you love and describe the allies who make you feel real. I’d urge you to riff on the future possibilities that both scare you and thrill you. What else? What are some other ways you might show me core truths about your irrepressible soul? Now is a good time to meditate on these riddles.

LEO (July 23-Aug. 22): Isaac Asimov wrote a science-fiction story about a physicist who masters time travel and summons William Shakespeare into the present time. The Bard enrolls in a night-school class about his own plays—and proceeds to flunk the course. Modern ideas and modes of discourse are simply too disorienting to him. He is unable to grasp the theories that centuries’ worth of critics have developed about his work. With this as a cautionary tale, I invite you to time-travel not four centuries into the future, but just ten years. From that vantage point, look back at the life you’re living now. How would you evaluate and understand it? Do you have any constructive criticism to offer? Any insights that could help you plan better for your long-term future?

VIRGO (Aug. 23-Sept. 22): The coming weeks will be a favorable time for you to buy yourself toys, change your image for no rational reason, and indulge in an interesting pleasure that you have been denying yourself for no good reason. In addition, I hope you will engage in at least two heart-to-heart talks with yourself, preferably using funny voices and comical body language. You could also align yourself gracefully with cosmic rhythms by dancing more than usual, and by goofing off more than usual, and by wandering in the wilderness and seeking to recapture your lost innocence more than usual.

LIBRA (Sept. 23-Oct. 22): Although you’ll never find an advertisement for Toyota or Coca Cola or Apple within my horoscope column, you will find hype for spiritual commodities like creativity, love and freedom. Like everyone else, I’m a huckster. My flackery may be more ethical and uplifting than others’, but the fact is that I still try to persuade you to “buy” my ideas. The moral of the story: Everyone, even the Dalai Lama and Desmond Tutu, is selling something. I hope that what I’m saying here purges any reluctance you might have about presenting yourself and your ideas in the most favorable light. It’s high time for you to hone your sales pitch; to explain why your approach to life is so wise; to be a forceful spokesperson and role model for the values you hold dear.

SCORPIO (Oct. 23-Nov. 21): You are growing almost too fast, but that won’t necessarily be a problem—as long as you don’t expect everyone around you to grow as fast as you. I suspect that you also know almost too much—but I don’t anticipate that will spawn envy and resistance as long as you cultivate a bit of humility. I have an additional duty to report that you’re on the verge of being too attractive for your own good—although you have not yet actually reached the tipping point, so maybe your hyper-attractiveness will serve you rather than undermine you. In conclusion, Scorpio, I invite you to celebrate your abundance, but don’t flaunt it.

SAGITTARIUS (Nov. 22-Dec. 21): The snow leopards of Central Asia crave a lot of room to wander. Zoologists say that each male prefers its territory to be about eighty-four square miles, and each female likes to have forty-four square miles. I don’t think you’ll require quite that vast a turf in the coming weeks, Sagittarius. But on the other hand, it will be important not to underestimate the spaciousness you’ll need in order to thrive. Give yourself permission to be expansive.

CAPRICORN (Dec. 22-Jan. 19): “I want to do things so wild with you that I don’t know how to say them.” Author Anaïs Nin wrote that in a letter to her Capricorn lover Henry Miller. Is there anyone you could or should or want to say something like that? If your answer is yes, now is a good time to be so candid and bold. If the answer is no, now would be a good time to scout around for a person to whom you could or should or want to say such a thing. And if you’d like to throw in a bit more enticement, here’s another seductive lyric from Anaïs: “Only the united beat of sex and heart together can create ecstasy.”

AQUARIUS (Jan. 20-Feb. 18): Did you hear the story about the California mom who started a series of forest fires so as to boost her son’s career as a firefighter? She is an apt role model for behavior you should diligently avoid in the coming weeks. It’s unwise and unprofitable for you and yours to stir up a certain kind of trouble simply because it’s trouble that you and yours have become skilled at solving. So how should you use your problem-solving energy, which I suspect will be at a peak? I suggest you go hunting for some very interesting and potentially productive trouble that you haven’t wrangled with before—some rousing challenge that will make you even smarter than you already are.

PISCES (Feb. 19-March 20): The heroine of “Alice in Wonderland” and “Through the Looking Glass” is curious, adventurous and brave. First she follows a well-dressed rabbit down a rabbit hole into an alternate universe. Later she slips through a mirror into yet another parallel reality. Both times, with great composure, she navigates her way through many odd, paranormal and unpredictable events. She enjoys herself immensely as she deals with a series of unusual characters and unfamiliar situations. I’m going to speculate that Alice is a Pisces. Are you ready for your very own Alice-in-Wonderland phase? Here it comes!

Homework: Name something you could change about yourself that might enhance your love life. Testify at FreeWillAstrology.com.