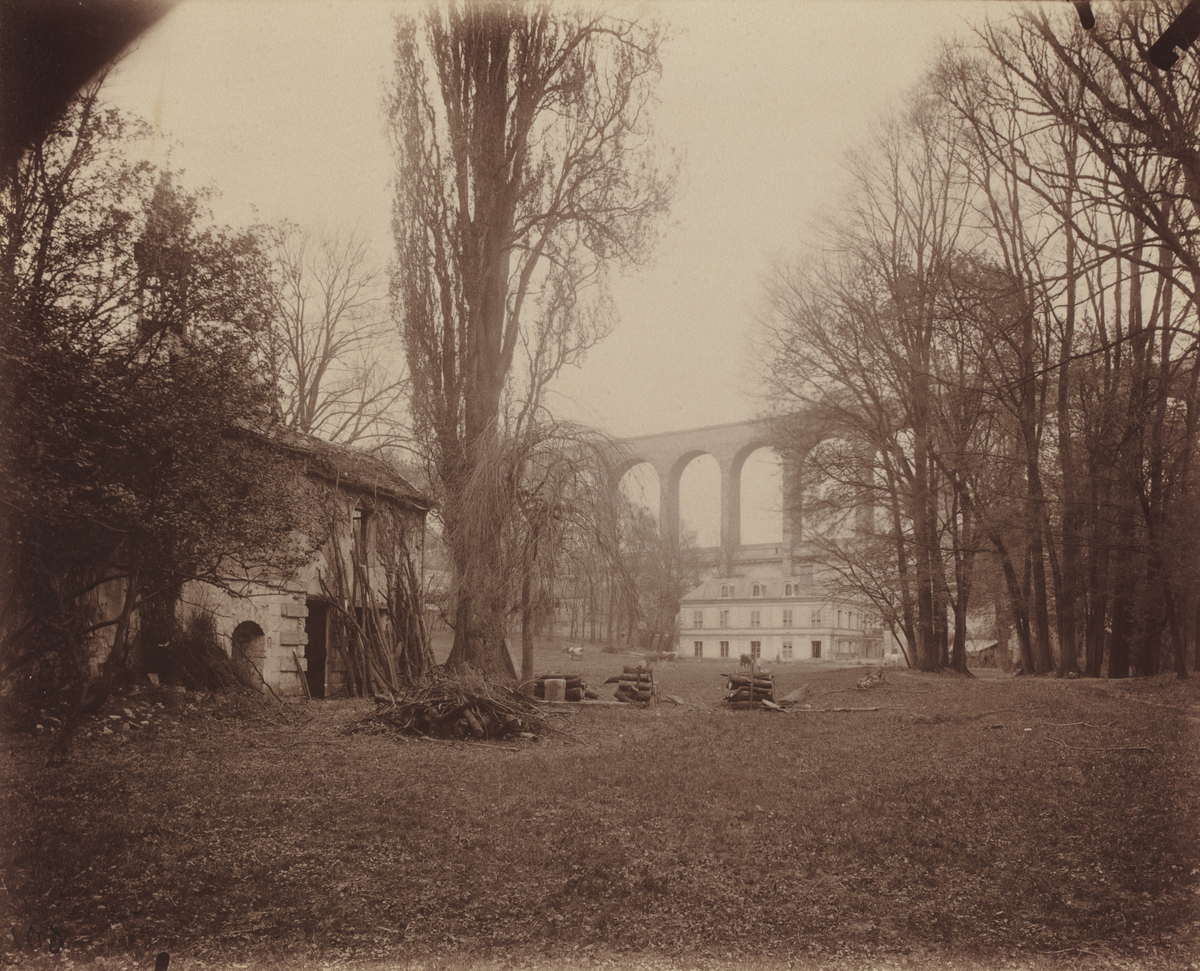 ARIES (March 21-April 19): Hi, I’m your sales representative for UnTherapy, a free program designed to provide healing strategies for people who are trying too hard. Forgive me for being blunt, but I think you could benefit from our services. I don’t have space here to reveal all the secrets of UnTherapy, but here’s an essential hint: every now and then the smartest way to outwit a problem is to stop worrying, let it alone, and allow it to solve itself.

TAURUS (April 20-May 20): People in Northeast India weave long, strong suspension bridges out of the living roots of fig trees. The structures can measure up to 150 feet and bear the weight of hundreds of people. In accordance with astrological omens, let’s make these marvels your metaphors of power for the coming weeks. To stimulate your meditations, ask yourself the following questions. 1. How can you harness nature to help you to get where you need to go? 2. How might you transform instinctual energy so that it better serves your practical needs? 3. How could you channel wildness so that it becomes eminently useful to you?

GEMINI (May 21-June 20): If you climb to the top of Mt. Everest, you’re standing on land that was once on the floor of a shallow tropical sea. Four-hundred-million-year-old fossils of marine life still abide there in the rock. Over the course of eons, through the magic of plate tectonics, that low flat land got folded and pushed upwards more than five miles. I suspect you Geminis will have the power to accomplish a less spectacular but still amazing transformation during the next ten months. To get started, identify what you would like that transformation to be.

CANCER (June 21-July 22): In 1996, when Garry Kasparov was rated the world’s best chess player, he engaged in a series of matches with a chess-playing computer named Deep Blue. Early on in the first game, Deep Blue tried a move that confused Kasparov. Rattled, he began to wonder if the machine was smarter than him. Ultimately, his play suffered and he lost the game. Later it was revealed that Deep Blue’s puzzling move was the result of a bug in its code. I’ll encourage you to cultivate a benevolent bug in your own code during the coming weeks, Cancerian. I bet it will be the key to you scoring a tricky victory.

LEO (July 23-Aug. 22): American hero Harriet Tubman escaped slavery as a young woman. She ran away from the wealthy “master” who claimed to “own” her, and reached sanctuary. But rather than simply enjoy her freedom, she dedicated herself to liberating other slaves. Nineteen times she returned to enemy territory and risked her life, ultimately leading 300 people out of hellish captivity. Later she served as a scout, spy and nurse in the Union Army during the Civil War, where her actions saved another 700 people. In 1874, the U.S. Congress considered but then ultimately rejected a bill to pay her $2,000 for her numerous courageous acts. Don’t you dare be like Congress in the coming weeks, Leo. It’s crucial that you give tangible acknowledgment and practical rewards to those who have helped, guided and supported you.

VIRGO (Aug. 23-Sept. 22): Novelist Wallace Stegner wrote, “Some are born in their place, some find it, some realize after long searching that the place they left is the one they have been searching for.” I hope that in the last nine months, Virgo, you have resolved which of those three options is true for you. I also trust that you have been taking the necessary actions to claim and own that special place—to acknowledge it and treasure it as the power spot where you feel most at home in the world. If you have not yet fully finished what I’m describing here, do it now.

LIBRA (Sept. 23-Oct. 22): Earth’s species are going extinct at a rate unmatched since the dinosaurs died out sixty-five million years ago. Among the creatures on the verge of being lost forever are birds like the cryptic treehunter and spix’s macaw, as well as the northern white rhino and the vaquita, a type of porpoise. So why don’t we clone the last few individuals of those beleaguered species? Here are the answers. 1. Cloned animals typically aren’t healthy. 2. A species needs a sizable population to retain genetic diversity; a few individuals aren’t sufficient. 3. Humans have decimated the homes of the threatened species, making it hard for them to thrive. Conclusion: Cloning is an inadequate stopgap action. Is there a better way to address the problem? Yes: by preserving the habitats of wild creatures. Inspired by this principle, Libra, I ask you to avoid trying halfway fixes for the dilemmas in your personal sphere. Summon full measures that can really work.

SCORPIO (Oct. 23-Nov. 21): Though patched together and incomplete, the 2,200-year-old marble sculpture known as the Winged Victory of Samothrace is prominently displayed at Paris’ Louvre Museum. It’s a glorious depiction of Nike, the winged goddess of victory, and is regarded as one of ancient Greece’s great masterpieces. For hundreds of years it was missing. Then in 1863, an archaeologist discovered it, although it was broken into more than a hundred pieces. Eventually, it was rebuilt, and much of its beauty was resurrected. I see the coming weeks as a time when you, too, could recover the fragments of an old treasure and begin reassembling it to make a pretty good restoration.

SAGITTARIUS (Nov. 22-Dec. 21): “I’ve learned that I must find positive outlets for anger or it will destroy me,” said actor Sidney Poitier. That can be a dynamic meditation for you during the next three weeks. I think you will derive substantial power from putting it into action. If you’re ingenious and diligent about finding those positive outlets, your anger will generate constructive and transformative results.

CAPRICORN (Dec. 22-Jan. 19): In 1905, at the age of thirty, Lucy Maud Montgomery wrote the novel “Anne of Green Gables.” It was a tale about an orphan girl growing up on Prince Edward Island. She sent the manuscript to several publishers, all of whom rejected it. Discouraged, she put it away in a hatbox and stored it in a closet. But two years later, her ambitions reignited when she re-read the story. Again she mailed it to prospective publishers, and this time one liked it enough to turn it into a book. It soon became a bestseller. Since then it has sold over fifty million copies and been translated into thirty-six languages. I figure you Capricorns are at a point in your own unfolding that’s equivalent to where Lucy was shortly before she rediscovered the manuscript she’d put away in the hatbox.

AQUARIUS (Jan. 20-Feb. 18): The toxorhynchites are a species of large mosquitoes that don’t buzz around our heads while we’re trying to sleep and will never bite our skin or suck our blood. In fact, they’re our benefactors. Their larvae feast on the larvae of the mosquitoes that are bothersome to us. In accordance with astrological omens, I propose that you be alert for a metaphorically comparable influence in your own life: a helper or ally that might be in disguise or may just superficially seem to be like an adversary.

PISCES (Feb. 19-March 20): Audre Lorde identified herself as a black writer, lesbian, librarian, mother, feminist, civil rights activist and many other descriptors. But as ardent as she was in working for the political causes she was passionate about, she didn’t want to be pigeonholed in a single identity. One of her central teachings was to celebrate all the different parts of herself. “Only by learning to live in harmony with your contradictions can you keep it all afloat,” she testified. These approaches should be especially fun and extra meaningful for you in the coming weeks, Pisces. I encourage you to throw a big Unity Party for all the different people you are.

Homework: “We have been raised to fear the yes within ourselves, our deepest cravings,” wrote Audre Lorde. True for you? FreeWillAstrology.com.