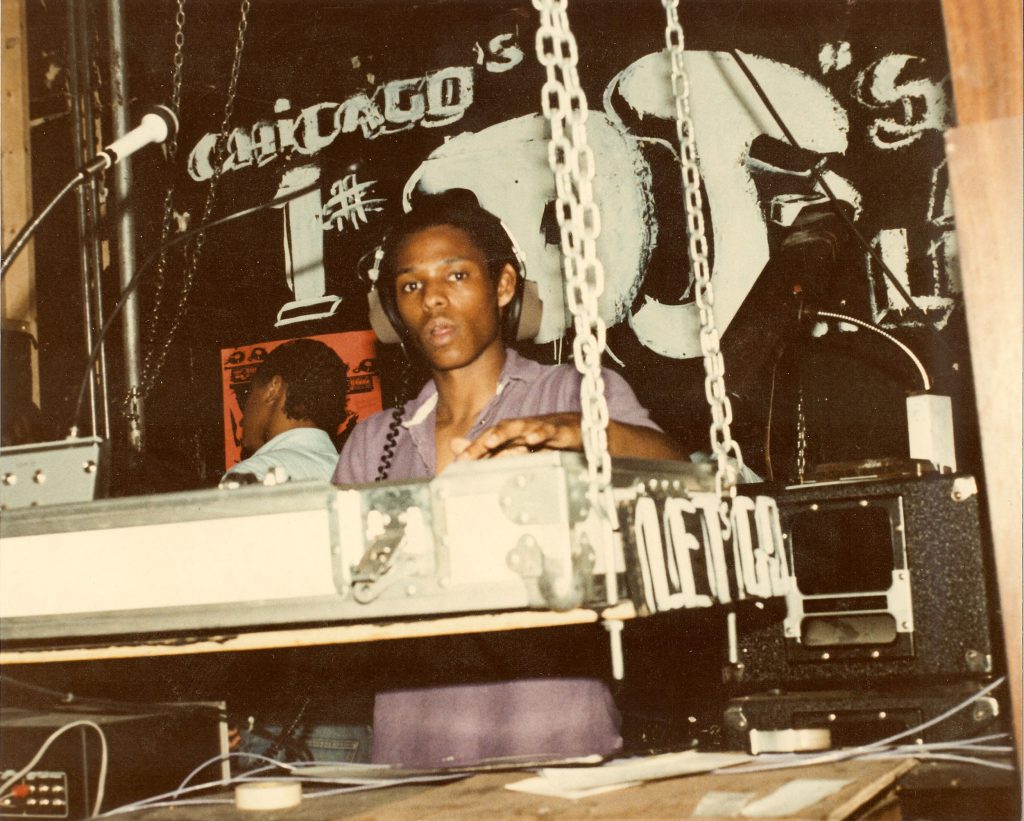 Jesse Saunders at The Playground

Every summer, tens of thousands of mostly white suburban teenagers swarm Perry’s Stage at Lollapalooza, losing themselves in epic beats, often spun by visiting DJs from Europe, oblivious to the fact that they’re dancing but a mile or two away from the birthplace of it all, from the unmarked shrines of house music.

I was just as oblivious as a very young man back in 1986, passionate about the likes of New Order, the Smiths and the Pet Shop Boys and confident that I was up on all the new music, both popular and obscure—until I wandered into a strange-looking record store in my then-new neighborhood of Printers Row. Importes, Etc. was a record store in a loading dock, with a garage-style roll-up metal door, situated on Plymouth Court, a street tucked between Dearborn and State Streets that functioned like an alley. Once inside, I lost my musical swagger, as I thumbed through the extensive racks of vinyl. I did not recognize a single artist. Not one. I struck up a conversation with a store worker and was told about house music, this new sound from Chicago that was taking the UK by storm, even if I had not heard of it. (And influencing, I would learn much later, the British acts from Manchester that I adored.) 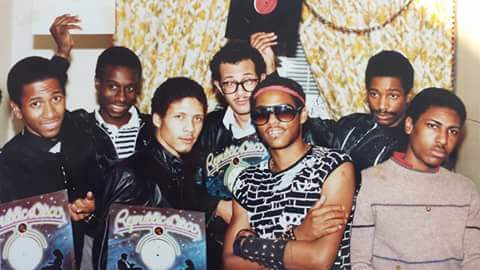 He pointed out a couple of good introductory records to buy, one of which was “Love Can’t Turn Around,” a song credited to Farley “Jackmaster” Funk and Jesse Saunders. Before long, the store and its new sound from Chicago were on the cover of the paper we’d just started, Newcity.

Three decades later, Saunders is still very much at it, with a record label, Broken Records, where he just released a thirty-fifth anniversary version of “On and On” and a new track, “Higher.” He is a leader of a huge annual music festival each July, the Chosen Few Picnic, and he recently rolled out a “live documentary film,” “House Music—The Real Story,” as part of the Southside Film Festival.

We corresponded over email about those early clubs and records and his role in the origins of house music.

You were a DJ at The Playground in the early days. What was that like?

The Playground was on the second floor of this big industrial building on 14th and Michigan in the South Loop. It held 1,500-plus people and the DJ booth was in the middle and center of the long way, like a football field. The turntables had to hang from chains because we had big seven-foot subwoofers—two on each side which would rumble the whole place and records would skip if you didn’t.

It was painted all black on the walls and the ceiling and I installed a lighting system that would pulsate to the beat of the music that I played. On the side, opposite the DJ booth, was a refreshment stand which had refreshments painted in a comical way over it.

As the Playground was on the second floor, you had to walk up this long flight of stairs to get in where you would greet the doorman and a bouncer. We allowed high-school age kids as well as college students in. There wasn’t an age restriction. As you walked around the corner, you would come to the coat room and then inside where there was bleacher-like seating.

Outside you could feel those seven-foot subwoofers booming and the crowd, which would be all the way down the street and around the corner, would anticipate entry.

Opening night of the Playground in 1982 we had Frankie Knuckles, Farley “Jackmaster” Funk and myself playing. Farley and I would play together for the first year and the second year, 1983, I took over completely.

I was at the Playground from spring of 1982 until a few months after I released “On and On,” the world’s first house music record, on January 20 of 1984. After I left, they changed the name to the Candy Store and that lasted another year or so.

I left the Playground to pursue my writing and production and run my label Jes Say records. Six months later I started the world-famous label Trax Records and about another year later I started one of the most iconic labels in Chicago, known as DanceMania.

The Playground allowed me to experiment like never before. I’ve always had a diverse taste in music and I was able to fuse it all together at the Playground. This is where I got the idea for “On and On.” I would make drum tracks that I would mix and segue various records in different tempos and BPMs together and this became the B-side of the “On and On” release.

What were the other big house clubs at the time?

The other iconic clubs were the Music Box and subsequently the Power Plant that Frankie Knuckles built in 1983. The Music Box was right around the corner on 14th or 15th and Indiana. There Ron Hardy reigned supreme and is probably the most influential DJ in the birth of Chicago house music at the time because he played all of the records that became the signature for the foundation of house music including “On and On” and my next release, “Funk U Up.”

As a matter of fact, Ronnie used the bonus beats from “Funk U Up” along with “The Sensuous Black Woman,” which was played over the top of it and created lots of sexual screaming and climaxing to the vibe and that in itself became a signature of the Music Box.

Whereas Frankie Knuckles was very picky about what he played in his style, future DJ-producers tended to gravitate toward Ronnie at the Music Box, because he would play anything and make it special! 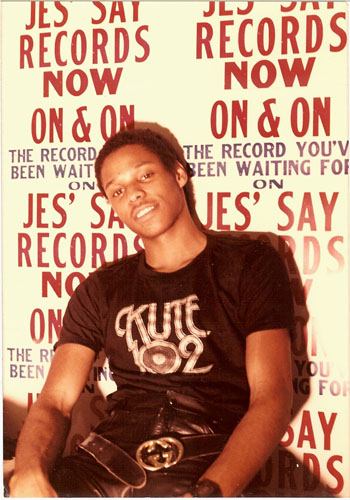 Jesse Saunders’ first publicity shot for the world’s first house record, “On & On.”

Can you discuss the creation of “On and On,” credited as the first house record?

The making of “On and On” was due to the fact that I had a bootleg sort of mash-up record that had the Space Invaders bassline which is what I loved so much. Unfortunately that record was stolen from the Playground one day and I vowed to make my own version of it. As I said previously, the tracks that I used to segue between various tempos from new wave to reggae from disco to electronic Italian disco and more were the foundation.

So I asked Vince Lawrence, whose father owned Mitchbal records and had previously released a new wave record known as “Fast Cars,” how I could make a record. This was right after Frank Sells at Importes, etc. record store told me that if I can get my hands on copies of my tracks that they could sell a shitload of them. Then the light bulb went on over my head and the rest is history.