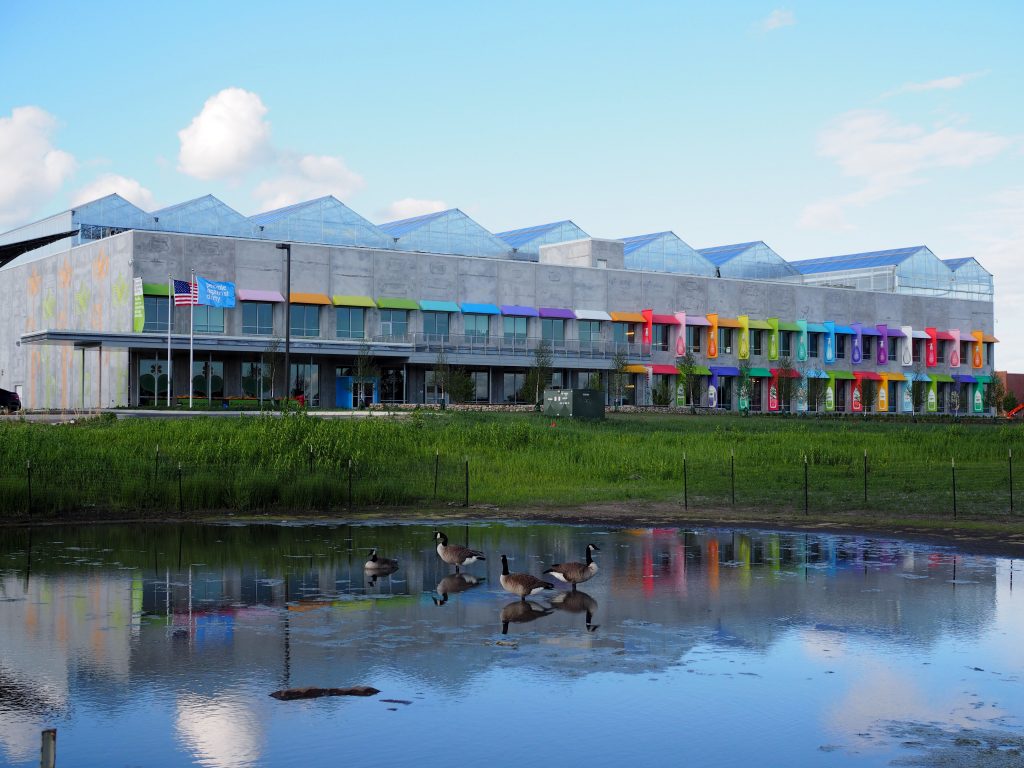 Method, the company behind the pear-shaped soap bottles and biodegradable cleaning products in the aisles of Target and other stores, makes and packages all its products in a factory in Chicago’s Pullman Historic District.

George Pullman built the neighborhood in the 1880s as housing for employees at his railroad car company, and its central location in the Midwest proved valuable for companies looking for efficiency in shipping. The Pullman community thrived for years as a manufacturing hub, but decline began the 1950s. The location and history were draws for Method when the company decided to move to Chicago in April 2015.

“There’s a huge efficiency in being located in the Midwest as far as shipping, and it’s also very carbon-efficient,” says Saskia Van Gendt, senior director of Greenskeeping at Method.

She says Method was also interested in water health, something Lake Michigan could offer and a key ingredient in Method products, rail access for distribution across the United States and Canada, and the chance to be a part of a community and help develop a local culture.

“The opportunity to be part of the Pullman community and hire locally and bring jobs back to this area with a really robust history, and to be able to contribute back, was really appealing,” Gendt says.

Method hired William McDonough + Partners to design its “South Side Soap Box” on twenty-two acres of a former steel manufacturing site, and the company partnered with the city of Chicago to rehabilitate the soil.

The factory is Platinum LEED Certified, the only soap factory in the world to receive the highest level of such certification. It also holds a Platinum-level TRUE certification for zero waste.

At the factory, three thirty-five-by-thirty-five-foot “solar tracking trees” follow the sun throughout the day to maximize energy generation. Together with a 230-foot wind onsite turbine, the company generates about thirty percent of the factory’s energy. The 75,000-square-foot greenhouse on the roof is home to Gotham Greens, which produces about 500 tons of fresh produce for restaurants and grocery stores in the Chicago area. A separate rooftop canopy minimizes energy use and improves air quality, while reducing stormwater runoff. Method is also a B Corporation, one of the first companies to certify in 2007, meaning that it meets certain levels of social performance, accountability and transparency. 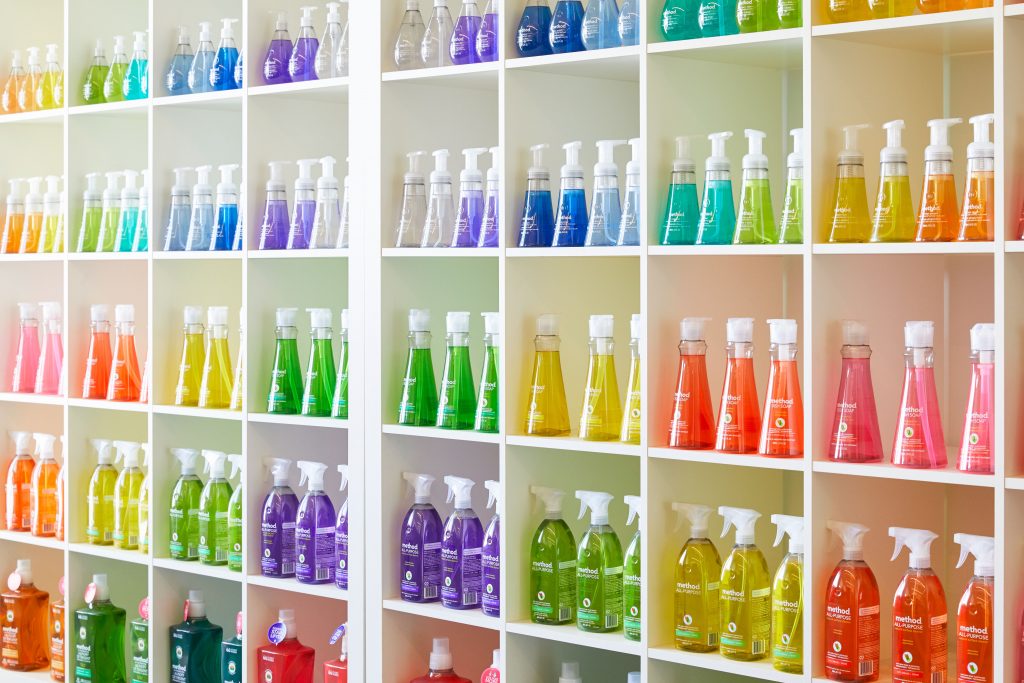 In the aisle of Target or Whole Foods or wherever you buy your soap, you may have first noticed Method products, thanks to bright colors and fun packaging. The new Method X Minted collection, for example, features creative labels from independent artists. All handwash, dish soap and spray-cleaner bottles are made from one-hundred-percent post-consumer-resin plastic, which has a seventy-percent lower carbon footprint than new plastic. Toilet cleaners and laundry detergent come in fifty-percent recycled plastic bottles. You’ve probably also seen the Method refill packages, which the company estimates offer savings of about seventy-eight to eighty-two percent in water, plastic and energy expenses versus the cost of buying a new bottle.

Method’s motto is “There’s Good Inside,” and what you find inside those bottles is biodegradable and safe for humans. “If there’s a chance an ingredient isn’t safe, we don’t use it. Period,” reads a statement on Method’s website. The company uses a third-party research agency to vet products, is Cradle to Cradle certified (the first cleaning company to reach this certification), has a “dirty ingredient list” of things like phosphates and bleach that it never uses, and Method creates only those natural scents that aren’t harmful to the environment. Skeptical shoppers can pull up an ingredient list on the Method website that explains what each ingredient does and its environmental and health impact.

Method started in California, but when it moved manufacturing and distribution to Chicago the founders wanted to root Method in the Pullman community. The five zip codes adjacent to the factory receive preferential hiring—for the first two years that the factory was open it hired only from the two neighboring zip codes—and Method provides training for those who don’t have previous industrial experience. The company pays competitively and offers strong health, vision, and dental insurance, as well as a six-percent 401k match. It works with local high schools and trade schools on recruitment and hopes to provide students an example of the best type of jobs possible in manufacturing.

On a recent visit I spoke with a “Mover” and a “Maker,” which is what Method calls its operations technicians, and both were rhapsodic about their benefits and the company culture (which includes a global ping pong tournament between everyone from executive level personnel to new factory hires), not to mention a much shorter commute since the factory came to the neighborhood.

“We really value our culture across the entire company,” Gendt says. “Part of our mission is to provide transparency by bringing people into the factory and also giving them the chance to meet people from the community.”

The neighborhood has grown in the five years Method has been in Pullman. Whole Foods toured the Method facilities when looking for sites in the area, then moved in next door. A pop-up food market featuring local entrepreneurs opened nearby, and Gotham Greens is building yet another greenhouse in Method’s backyard.

“We’re starting to see a confluence of business and industry coming back to the area,” Gendt says. “Hopefully we can continue to be a catalyst.”

Chicagoans can see the Method culture for themselves. Method offers thirty-minute tours led by factory employees every Wednesday at 9:30am, 11am and 1pm. Email [email protected] for reservations.