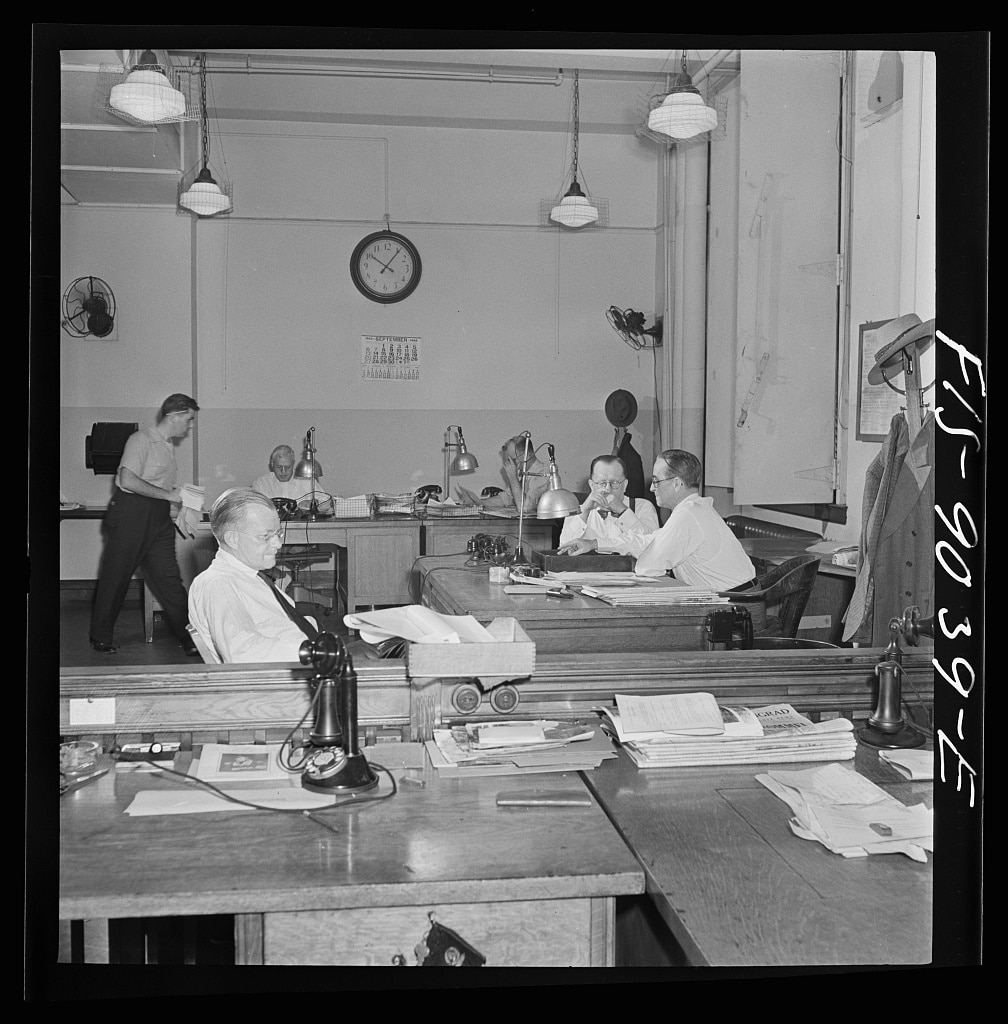 Newsroom of the New York Times newspaper. The “bull pen” where managing editors and others sit at one side.

ARIES (March 21-April 19): German writer Johann Wolfgang von Goethe (1749–1832) declared that English writer Lord Byron (1788–1824) was the greatest genius of the nineteenth century. Here’s an interesting coincidence: Byron regarded Goethe as the greatest genius of the nineteenth century. I bring this to your attention, Aries, in the hope that it will inspire you to create a similar dynamic in your own life during the coming months. As much as possible, surround yourself with people whom you think are wonderful and interesting and enlivening—and who think you are wonderful and interesting and enlivening.

TAURUS (April 20-May 20): Taurus-born Johannes Brahms (1833–1897) was a renowned German composer who lived most of his life in Germany and Austria. He became so famous and well-respected that England’s Cambridge University offered him an honorary degree if he would visit the campus. But Brahms was too timid to risk crossing the English Channel by boat. (There were no airplanes in the Channel in those days.) He declined the award. I beg you not to do anything even remotely like that in the coming weeks, Taurus. Please summon the gumption necessary to claim and gather in all you deserve.

GEMINI (May 21-June 20): According to my analysis of the astrological omens, the coming weeks will be one of those rare times when you can safely engage with influences that might normally rattle you. You’ll be protected as you wander into the unknown and explore edgy mysteries. Your intuition will be highly reliable if you make bold attempts to solve dilemmas that have previously confounded and frustrated you. If you’ve been waiting for the perfect moment to get a bit wild and exploratory, this is it.

CANCER (June 21-July 22): J. M. W. Turner (1775–1851) is regarded as one of England’s greatest painters. He’s best known for his luminous and imaginative landscapes. His experimental use of light and color influenced the Impressionist painters who came after him. But the weird thing is that after his death, many of his works were lost for decades. In 1939, a famed art historian found over a hundred of them rolled up like tarpaulins in the basement of an art museum. Let’s apply this event as a metaphor for what’s ahead in your life, Cancerian. I suspect that buried or lost elements of your past will soon be rediscovered and restored. I bet it will be fun and illuminating!

LEO (July 23-Aug. 22): In my early adult life, I lived below the poverty line for many years. How did that impact me? Here’s one example: I didn’t own a mattress from ages twenty-three to thirty-nine, but rather slept on a two-inch-thick foam pad that lay directly on the floor. I’m doing better now, thank you. But my early experiences ensured that I would forever have profound empathy for people who don’t have much money. I hope this will serve as inspiration for you, Leo. The next seven weeks will be the Empathy Building Season for you. The cosmos will reward you if you build your ability to appreciate and understand the pains and joys of other humans. Your compassion will be tonic for both your mental and physical health.

VIRGO (Aug. 23-Sept. 22): Ancient Greek author Theophrastus was a scientist before the concept of “scientist” existed. His writings on botany were influential for hundreds of years after his death. But some of his ideas would be considered unscientific today. For example, he believed that flute music could heal sciatica and epilepsy. No modern research suggests that the charms of the flute can literally cure physical ailments like those. But there is a great deal of evidence that music can help relieve pain, reduce anxiety, reduce the side effects of drugs, assist in physical therapy, and even make you smarter. And my reading of the current astrological omens suggests that the therapeutic effects of music will be especially dramatic for you during the next three weeks.

LIBRA (Sept. 23-Oct. 22): “Learning to love is difficult, and we pay dearly for it,” wrote the serious and somber author Fyodor Dostoevsky. “It takes hard work and a long apprenticeship,” he added. All that’s true, I think. To hone our ability to express tenderness and warmth, even when we’re not at our best, is the most demanding task on earth. It requires more courage than that of a soldier in the frenzy of battle, as much imagination as a poet, and diligence equal to that of an architect supervising the construction of a massive suspension bridge. And yet on the other hand—contrary to what Dostoevsky believed—sometimes love is mostly fun and inspiring and entertaining and educational. I suspect that the coming weeks will be one of those phases for you.

SCORPIO (Oct. 23-Nov. 21): How well do you nurture yourself, dear Scorpio? How diligent are you in providing yourself with the sustenance that ensures your body, mind and soul will thrive? Are you imaginative in the ways that you keep yourself excited about life? Do you take strong measures to avoid getting attached to mediocre pleasures, even as you consistently hone your focus on the desires that lead you to joy and deep satisfaction? The coming weeks will be an excellent time for you to meditate on these questions.

SAGITTARIUS (Nov. 22-Dec. 21): Seven books of the Bible’s Old Testament refer to a magical place called Ophir. It was a source of exotic finery and soulful treasures like gold, peacocks, jewels, frankincense and precious sandalwood. One problem: No one, not even a Biblical scholar, has ever figured out where it was. Zimbabwe? India? Tunisia? Its location is still unknown. I am bringing this to your attention because I suspect that in 2020 there’ll be a good chance you’ll discover and gain access to your own metaphorical Ophir: a fount of interesting, evocative resources. For best results, be primed and eager to offer your own skills and riches in exchange for what this fount can provide to you.

CAPRICORN (Dec. 22-Jan. 19): Capricorn filmmaker Steven Soderbergh says it’s crucial for us to have a well-developed story about who we are and what we’re doing with our lives. It’s so important, he feels, that it should be the trigger that flings us out of bed every morning. We’ve got to make our story so vivid and interesting that it continually motivates us in every little thing we do. Soderbergh’s counsel is always good to keep in mind, of course, but it will be even more so for you in the coming months. Why? Because your story will be expanding and deepening, and you’ll need to make the necessary adjustments in how you tell your story to yourself.

AQUARIUS (Jan. 20-Feb. 18): I’m a big fan of self-editing. For example, every horoscope I write evolves over the course of at least three drafts. For each book I’ve published, I have written but then thrown away hundreds of pages that I ultimately deemed weren’t good enough to be a part of the finished text. And yet now and then, I have created a poem or song in one rapid swoop. My artistic artifact is exactly right the first time it flows out of me, with no further tinkering needed. I suspect you’re now entering a phase like that, Aquarius. I’m reminded of poet Allen Ginsberg’s operative principle: “first thought, best thought.”

PISCES (Feb. 19-March 20): Who don’t you want to be, Pisces? Where don’t you want to go? What experiences are not necessary in your drive to become the person you were born to be? I encourage you to ask yourself questions like those in the coming weeks. You’re entering a phase when you can create long-term good fortune for yourself by knowing what you don’t like and don’t need and don’t require. Explore the positive effects of refusal. Wield the power of saying NO so as to liberate yourself from all that’s irrelevant, uninteresting, trivial and unhealthy.

Homework: I’ve gathered all of the long-term, big-picture horoscopes I wrote for you in the past few weeks, and bundled them in one place: bit.ly/2020BigPicture