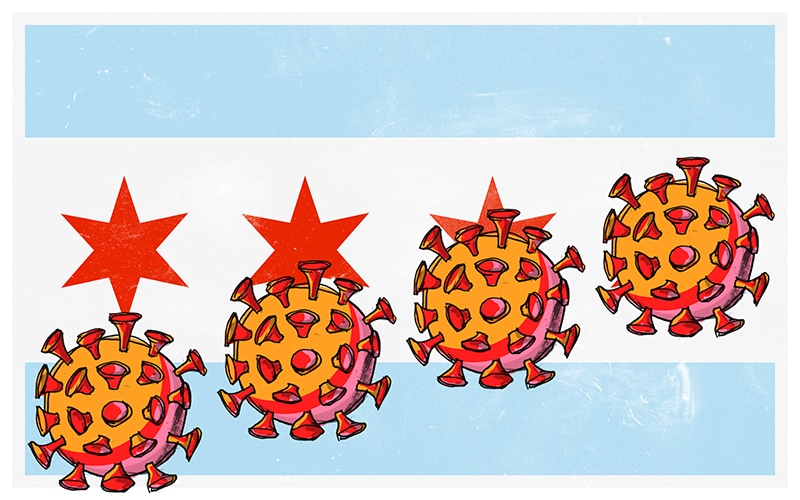 We no longer have to imagine life without culture; thanks to the statewide lockdown, we’re living it. For now, we take solace in its eventual return. But culture in all its aspects—from the artists and restaurant workers who live paycheck-to-paycheck or gig to gig to the largest institutions—faces existential issues that will outlive the pandemic. On this page, we’re aggregating links to fundraisers and other initiatives that are springing up to counter the effect of the outbreak that has threatened our livelihoods and culture itself. Though not listed here, almost every nonprofit in the city that takes donations needs them now more than ever. If you can help, here’s how. We’ll all thank you for your role in saving Chicago culture.

The state of Illinois, city of Chicago and the philanthropic community have just teamed up to launch Arts for Illinois, featuring grants to nonprofit cultural institutions and artists alike.

6018 North has launched a weekly “Sanctuary Sessions: Wellness During Quarantine”

The Museum of Contemporary Photography is running a series of events on Zoom.

Chicago Dance Crash: is streaming “Bricklayers of Oz: The hip hop origin story of the Yellow Brick Road” through March 31.

The Fly Honeys are doing a weekly “Live From the Hive” livestream compilation on Fridays at 8:30pm beginning April 17 and running through May 1.

Dance Center of Columbia College: The Dance Center is making full length videos of past performances available to stream through the end of May.

Hubbard Street Dance Chicago has a COVID-19 Crisis Relief Fund to cover salaries and healthcare for dancers and staff.

Synapse Arts is hosting an all-day Dance Break April 30, with performances, mini-classes, dance films and activities for all ages.

Winifred Haun & Dancers streams a new short dance film about the quarantine, “We Are Doing Fine,” streaming April 24 at 6pm on both Facebook and Instagram.

The Silver Room has launched a GoFundMe to support its staff during the closure.

The hospitality industry has been especially hard hit, with thousands of employees laid off. Many restaurants, nearly all of them small businesses, are open for carry-out and delivery, even when that is not their normal m.o. Others are hosting GoFundMe campaigns for their workers.

Dining at a Distance: Jenn Galdes of Grapevine PR helped launch a directory of restaurants open for carry-out and delivery.

Chicago Cinema Workers Fund “With the assistance of fiscal sponsor Full Spectrum Features and community partners, Chicago International Film Festival and Nightingale Cinema, we have started a fund for hourly cinema workers who have been furloughed or seen a reduction in compensation. Funds raised will be distributed evenly between applicants, with the goal of providing $300 relief, equivalent to 20 hours of work at $15 an hour. Every $10,000 we raise would provide approximately 30 workers with relief funds at this level.”

Siskel Film Center’s “Film Center from Your Sofa” in collaboration with distributors to provide streaming of features previously scheduled for their screens.

Music Box Theatre is teaming up with Kino Lorber starting March 25, for the Brazilian film “Bacurau.”

Bookends & Beginnings has launched a GoFundMe to ensure its survival.

Seminary Co-Op has launched a GoFundMe to address this “existential threat.”

The Annoyance is locking its staff and some comedians in for ten days has launched a GoFundMe campaign.

The Lyric Opera has launched The Heroes’ Fund to modestly offset the loss from the cancellation of the “Ring Cycle.”

Pride Films and Plays presents a live virtual reading of Terrence McNally’s “Mothers and Sons” on April 16 at 7pm.

Sideshow Theater is streaming its 2016 production of “The Happiest Place on Earth.”

Theatre Wit is streaming “Teenage Dick” through May 3.

TimeLine Theatre is streaming a performance of “Kill Move Paradise” from April 1 to April 19.

The Chicago Reader is making a coloring book with local artists

Do312 starts a GoFundMe to stay in business