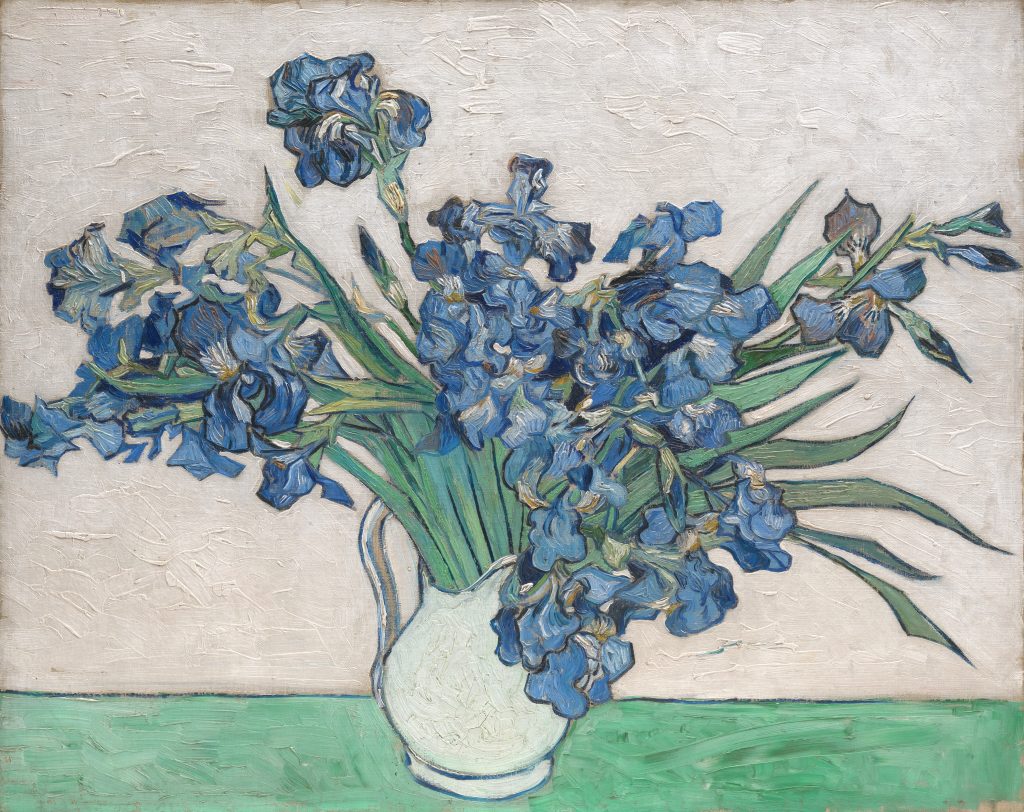 ARIES (March 21-April 19): Aries artist Vincent van Gogh got started on his life’s work relatively late. At ages twenty-five and twenty-six he made failed attempts to train as a pastor and serve as a missionary. He didn’t launch his art career in earnest until he was twenty-seven. During the next ten years, he created 860 paintings—an average of 1.7 every week—as well as over 1,200 additional works of art. For comparison, the prolific painter Salvador Dali made 1,500 paintings in sixty-one years. During the coming twelve months, Aries, you could achieve a van Gogh-like level of productiveness in your own chosen field—especially if you lay the foundations now, during our stay-at-home phase.

TAURUS (April 20-May 20): Most authors do their writing while sitting on chairs in front of desks. But long before there were standing desks, poet Rainer Maria Rilke and children’s author Lewis Carroll wrote their books while standing up. Novelist Henry James had eight desks, but typically paced between them as he dictated his thoughts to a secretary. And then there have been weirdoes like poet Robert Lowell and novelist Truman Capote. They attended to their craft as they lay in their bed. I suggest you draw inspiration from those two in the coming weeks. It’ll be a favorable time to accomplish masterpieces of work and play while in the prone position.

GEMINI (May 21-June 20): While sleeping, most of us have over a thousand dreams every year. Many are hard to remember and not worth remembering. But a beloved few can be life-changers. They have the potential to trigger epiphanies that transform our destinies for the better. In my astrological opinion, you are now in a phase when such dreams are more likely than usual. That’s why I invite you to keep a pen and notebook by your bed so as to capture them. For inspiration, read this testimony from Jasper Johns, whom some call America’s “foremost living artist”: “One night I dreamed that I painted a large American flag, and the next morning I got up and I went out and bought the materials to begin it.” (Painting flags ultimately became one of Johns’ specialties.)

CANCER (June 21-July 22): Ford Madox Ford (1873-1939) was a renowned author who wrote “The Good Soldier,” a novel that has been called “one of the one-hundred greatest novels of all time.” Yet another very famous author, Henry James (1843–1916), was so eager to escape hanging out with Ford that he once concealed himself behind a tree so as to not be seen. You have astrological permission to engage in comparable strategies during the coming weeks. It won’t be a time when you should force yourself to endure boring, meaningless and unproductive tasks.

LEO (July 23-Aug. 22): I hope that during the coronavirus crisis you have been entertaining wild truths and pondering the liberations you will initiate when the emergency has passed. I trust you have been pushing your imagination beyond its borders and wandering into the nooks and crannies of your psyche that you were previously hesitant to explore. Am I correct in my assumptions, Leo? Have you been wandering outside your comfort zone and discovering clues about how, when things return to normal, you can add spice and flair to your rhythm?

VIRGO (Aug. 23-Sept. 22): I like this quote by the author Jake Remington: “Fate whispers to the warrior, ‘You cannot withstand the storm.’ The warrior whispers back, ‘I am the storm.'” Although this passage is more melodramatic than necessary for your needs in the coming weeks, I think it might be good medicine that will help you prevail over the turbulence of the coronavirus crisis. Getting yourself into a storm-like mood could provide you with the personal power necessary to be unflappable and authoritative. You should also remember that a storm is not inherently bad. It may be akin to a catharsis or orgasm that relieves the tension and clears the air.

SCORPIO (Oct. 23-Nov. 21): Scorpio artist Marie Laurencin (1883–1956) enjoyed a colorful fate. One of the few female Cubist painters, she was a prominent figure in the Parisian avant-garde. She was also the muse and romantic partner of renowned poet Guillaume Apollinaire. But there came a turning point when she abandoned her relationship with Apollinaire. “I was twenty-five and he was sleeping with all the women,” she said, “and at twenty-five you don’t stand for that, even from a poet.” Is there a comparable situation in your life, Scorpio? A role you relish but that also takes a toll? Now is a favorable time to re-evaluate it. I’m not telling you what you should decide, only that you should think hard about it.

SAGITTARIUS (Nov. 22-Dec. 21): Sagittarian sculptor and architect Gian Lorenzo Bernini (1598–1680) was a prodigious, inventive creator. One scholar wrote, “What Shakespeare is to drama, Bernini may be to sculpture.” He designed and built public squares, fountains and buildings, many in Rome, which embodied his great skills as both sculptor and architect. Unlike many brilliant artists alive today, Bernini was deeply religious. Every night for forty years, he walked from his home to pay a devotional visit to the Church of the Gesù. According to my reading of the astrological factors, now would be an excellent time for you to engage in reverential rituals like those—but without leaving your home, of course. Use this social-distancing time to draw reinvigoration from holy places within you or in your memory.

CAPRICORN (Dec. 22-Jan. 19): As I understand the current chapter of your life story, you have been doing the unspectacular but yeoman work of recharging your spiritual batteries. Although you may have outwardly appeared to be quiet and still, you have in fact been generating and storing up concentrated reserves of inner power. Because of the coronavirus crisis, it’s not yet time to tap into those impressive reserves and start channeling them into a series of dynamic practical actions. But it is time to formulate the practical actions you will take when the emergency has passed.

AQUARIUS (Jan. 20-Feb. 18): Aquarian poet Jacques Prévert offered a variation on the famous Christian supplication known as the Lord’s Prayer. The original version begins, “Our Father, who art in heaven, hallowed be thy name.” But Prévert’s variation says, “Our father who art in heaven: Stay there.” Being an atheist, he had no need for the help and support of a paternal deity. I understand his feeling. I tend to favor the Goddess myself. But for you Aquarians right now, even if you’re allergic to talk of a divine presence, I’ll recommend that you seek out generous and inspiring masculine influences. According to my reading of the astrological omens, you will benefit from influences that resemble good fathering.

Homework: For three days, uphold your highest ideal in every little way you can imagine. Report results at FreeWillAstrology.com.