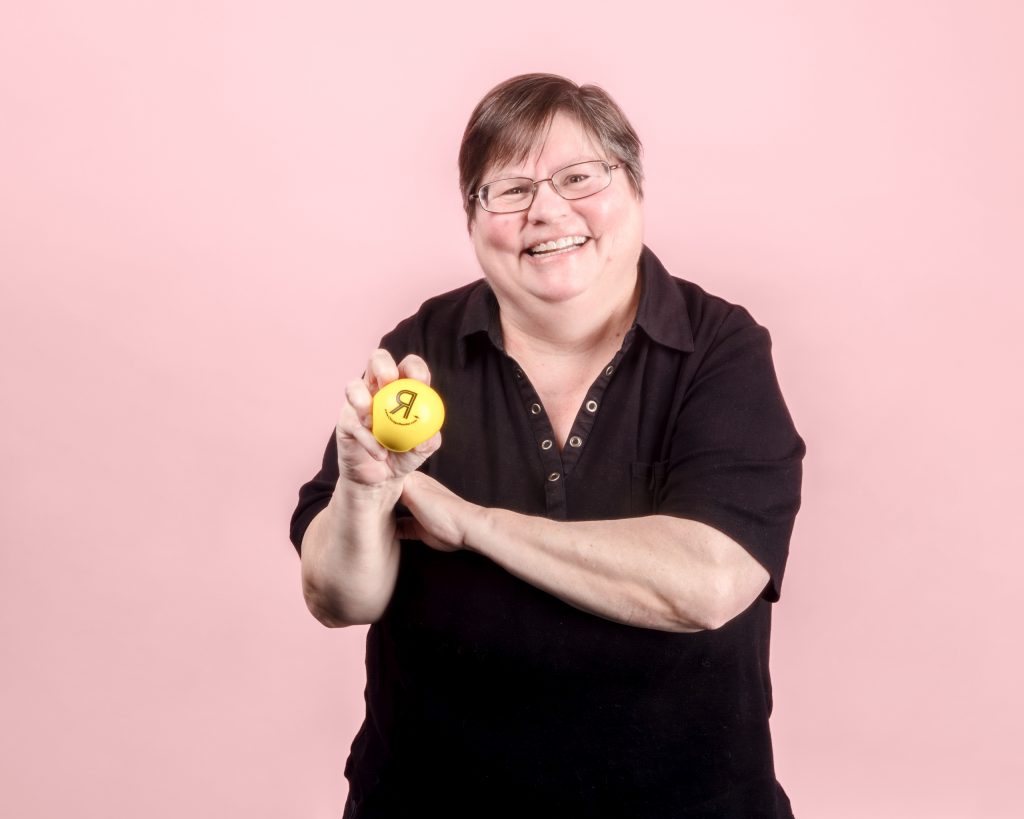 Tracy Baim is an undeniable force. The longtime leader in Chicago’s LGBTQ media through her Windy City Times, Baim has also produced films (“Scrooge & Marley,” “Hannah Free”), authored or co-authored at least a dozen books (including a history of Chicago’s gay community, “Out and Proud in Chicago”) and founded the activist project incubator Pride Action Tank. In the fall of 2018, she took on the formidable task of publishing the Chicago Reader, the city’s once-hugely profitable alternative weekly that had been crushed by a succession of ownership changes that coincided with a dire era in that industry over the past two decades. She quickly reshaped the publication by blending its legacy of provocative storytelling with her own activist leanings.

It did not take long for Baim to realize that the publication could not thrive without shifting to a nonprofit business model, which is in process. At the same time, she leveraged her career in community journalism to approach community media across Chicago to uncover ways to share resources and projects. Soon, Chicago Independent Media Alliance (CIMA) was born. The pandemic, which brought with it the existential threat to community publications everywhere, accelerated her plan to create a fundraising mechanism for a broad cross-section of community media. (Newcity is a participant in CIMA and its fundraising efforts.)

We corresponded with Tracy about her endeavors. 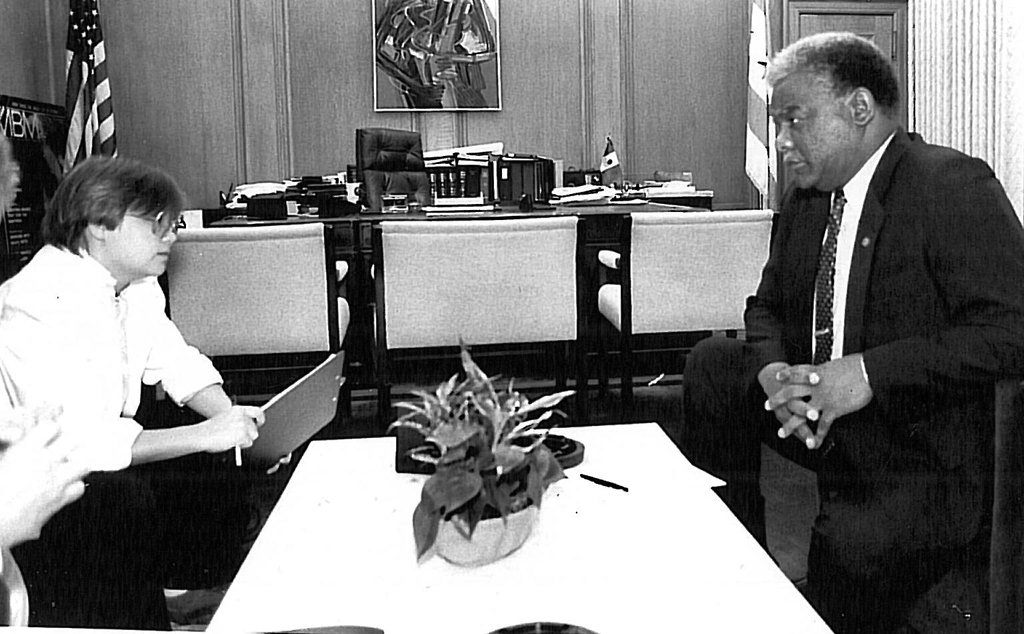 Tell us about the effort to help save community media in Chicago.This is something you’ve been working on for a while, but how did the pandemic affect the timing?

For many years, as publisher of Windy City Times, I tried to push quietly for more ways for community media to work together with the support of foundations and allies. I suggested projects including joint ad sales, fundraisers, and so on. But for the most part my perch was small and collaborative work was not appreciated. Once I took the job as publisher of the Reader in October of 2018, I started meeting with foundations and anyone else I could to discuss working together to lift all boats. In 2019, as the Chicago Defender closed its print edition, and Hoy was shut down by the Tribune, people started to see how dire the situation was for local Chicago media. Many people now know how bad it is for all media, and independent community media are especially vulnerable.

What’s at risk for Chicago and community journalism?

We are losing longstanding legacy media, and newer media is not able to sustain their initial burst of support. That’s not true for all. There are great examples [that] are doing well. But many, many local community media outlets are close to shutting down, and this recent crisis might do many of them in. When we lose a local voice, we lose the authentic way they cover their own communities, whether that is basic community-level news, politics, culture, or other areas such as crime, education and the environment.

Skeptics might say the old guard is simply giving way to new models of digital-only publishing.

There will always be new models of communication. So, yes, old models often die and new models replace them. But even new models of media are not going to make it at the community level without new ways of thinking to help them all. So I am neutral to the way people get the information, but also aware that some people do not have the same digital access as others. So we need to make sure we don’t get rid of the ways that are the lifeline for certain people, and that includes print and radio. 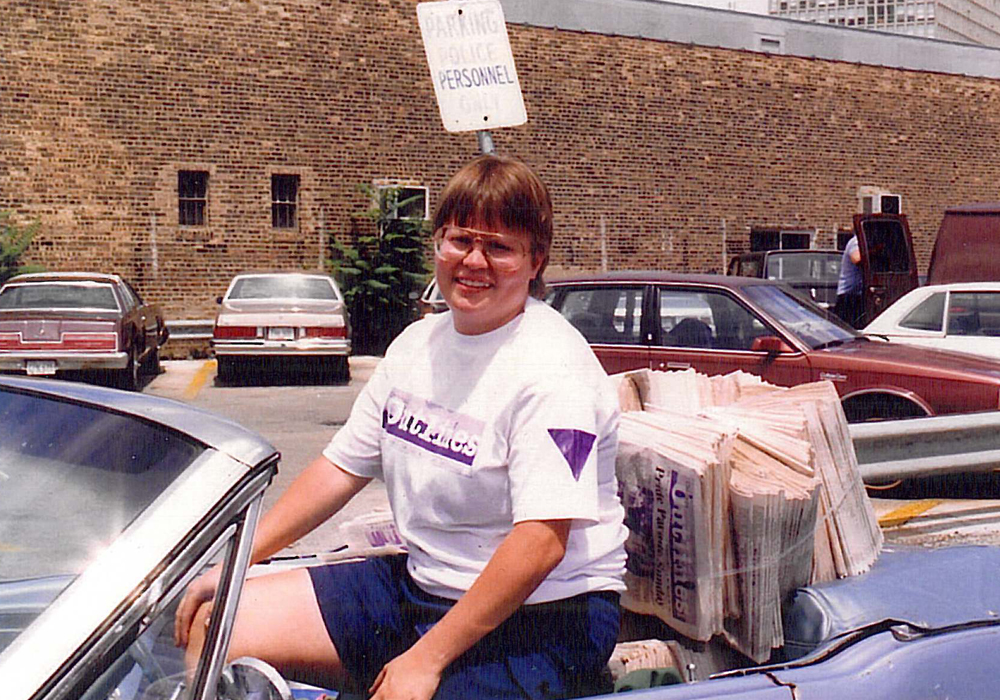 Give us some context as to how you arrived here.

I grew up in a newspaper family. My mom Joy Darrow and stepfather Steve Pratt lived their whole lives as journalists. My stepdad spent twenty-nine years at the Tribune, while my mom worked community media, then the Tribune, then the Chicago Defender, and did much freelancing. I started as a reporter-photographer-typesetter at GayLife newspaper in May 1984, right after graduating with a journalism degree from Drake University. By the next year, I was managing editor. In September of 1985, I co-founded Windy City Times at age twenty-two. I left WCT after clashing with one of the cofounders, and soon after another cofounder succumbed to AIDS complications. I started Outlines in May 1987 and then in 2000 I purchased WCT back from the remaining cofounder. After many of the supporters of Outlines and Windy City Times turned in their shares over the years, I own ninety percent of WCT still, but my longtime staff there run it. My primary focus is the Reader and building up the community media ecosystem in Chicago. If just a couple of us remain, we will die, too. We need a thriving media environment to make sure as many of us survive as possible.

After just a year at the helm of the Chicago Reader you made the decision to transform it into a nonprofit. How did you reach that decision?

Transforming the Reader into a nonprofit seems the right track for this company, because the owners who saved it were not going to support it forever. And the advertising revenue comes up short in keeping the Reader at the staffing and quality level we want it to be. So we want to broaden the types of revenue coming in, and that will include bringing in donors, benefits and foundations.

Where are you getting resources for CIMA? Is it foundation-funded?

CIMA is a project of the Reader. I have seen so many collaborations fail because they rely on a bunch of already busy and singularly focused owners to put in time elsewhere. I wanted to make sure this had a chance to thrive under the vision of the Reader. We were able to secure grant funding for one full-time staff person, Yazmin Dominguez, for eighteen months, and we hope to add at least one more staff member to add capacity for the work ahead. With just the nine months we have put into CIMA, under the direction of myself and co-editor-in-chief Karen Hawkins, we have already seen great success and support. Foundations like collaborative work, and they see how this can help the landscape of Chicago. We also want to help uplift smaller media and build their toolkits and skill sets. But all of it takes staff time. So we have to pace what we can realistically do.

Once we emerge from the rubble of this lockdown, what do you see and hope for community media in Chicago?

We accelerated one 2021 project we wanted to do with CIMA, a community-wide fundraiser. We hope it will launch by the end of April, with a joint website with more than thirty media coming together. Folks coming to the website can decide to give a specific amount to media outlets, or to give one amount to all. I am working hard to then get foundation dollars to match what each raises. It still requires an individual effort to push the donations, so what media outlets will get out of it will be based on the effort they put in, but it does allow for the potential to bring in new donors, and new donors to each of us. This was going to be in 2021, so pushing the timetable up is ambitious, but will be a good pilot to really keep it going much bigger for 2021.

Karen and I have many dreams for community media. We could do so much with more resources. We want a huge independent community center for Chicago, with a shared backend for the basics such as accounting, legal, HR, sales and health insurance, but with independent newsrooms. Chicago has the potential to show the rest of the country how we can collaborate, but remain authentic and independent.

Donate to one, some or all Chicago independent media entities at savechicagomedia.org