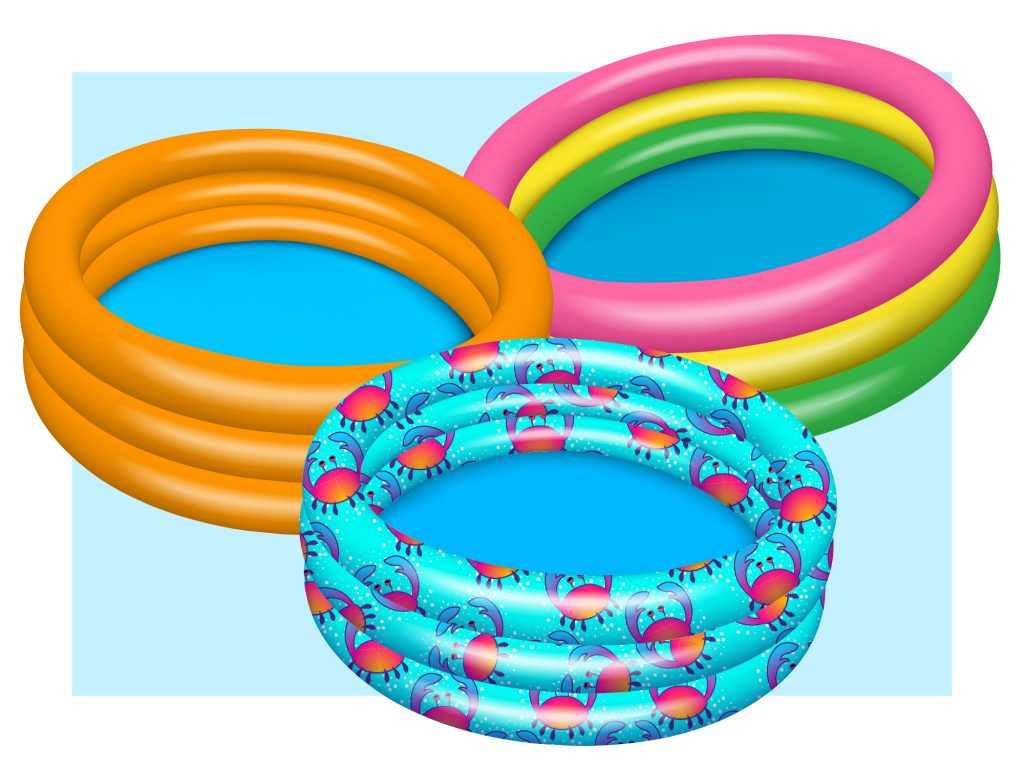 A few years ago in the store, I found an inflatable pool that was just a few inches longer than my body and hatched a most brilliant idea. Inflated, and filled with about a foot of water out of the hose, it just fit my raft. I lay upon it in my bikini, a modern, chubby Cleopatra with sunglasses the size of two teacup saucers and an even larger hat, in deepest contentment, giving, as they say, zero fucks. My reverie was disturbed by the guffaw of a neighbor who barked, “WHAT are you DOING?”

That answer was obvious, and didn’t deserve a reply, but lifting the corner of my enormous hat to impart an insouciant gaze, I saw her cock her head to the side and fall deep in thought, clearly recognizing the genius that lived mere feet away for perhaps the first time.

My cat leapt on the inflated edge of the pool and began to wobble around the edge with daring agility, also giving zero fucks. “You’d better not extend one claw,” I told the cat. “Or we’ll both be sorry.”

Growing up in the Midwest, and not always within spitting distance of Lake Michigan, I’m no stranger to the temporary, aboveground pool. There’s a charming picture of my mom and me, as a baby, sitting in several inches of water in one of those plastic-molded pools that had a built-in slide. Those pools are great until one’s brother comes gallivanting through the yard with Godzilla feet to smash a crack that no amount of duct tape will repair.

My mom keeps one of those types of pools in her basement in Indiana as a giant litter box so she “doesn’t have to clean it as often.” Her cats wade across it like the Sahara, looking for the perfect place to take a dump. Is my mom an unparalleled genius for coming up with this system? Maybe. She only has to deal with cat shit once a year instead of digging up turds every other day.

There’s a larger wading pool that has firm sides and holds maybe two feet of water (litter not recommended) if you were really pressing the limits. With an approximate diameter of two seven-year-olds, it gives children the mistaken impression that they could actually swim in this thing. The walls are likely to collapse in or out, creating a magnificent waterfall. Not many kids can resist pulling the edge down into the water for the simple pleasure of watching it flow out again, soaking the grass.

These days there’s a physics-defying pool that has an inflatable ring at the top that rises as you fill it with water, resembling nothing more than a bloated blue sack sagging in the yard, but who cares? That’s three good feet of dubious water and room for everyone in the family to float their cares away. You could confidently fill it with two or three giant rainbow unicorn floaties, excellent for both relaxing and instagramming.

As we head into an uncertain summer and a paradigm of social distancing, who knows whether our Chicago beaches will be open from one week to another? I’ll take a pool over a body of natural water any day, as it lends itself toward serene rafting and cocktails. If you’re lucky enough to have a small patch of ground, get yourself a pool—any kind will do.