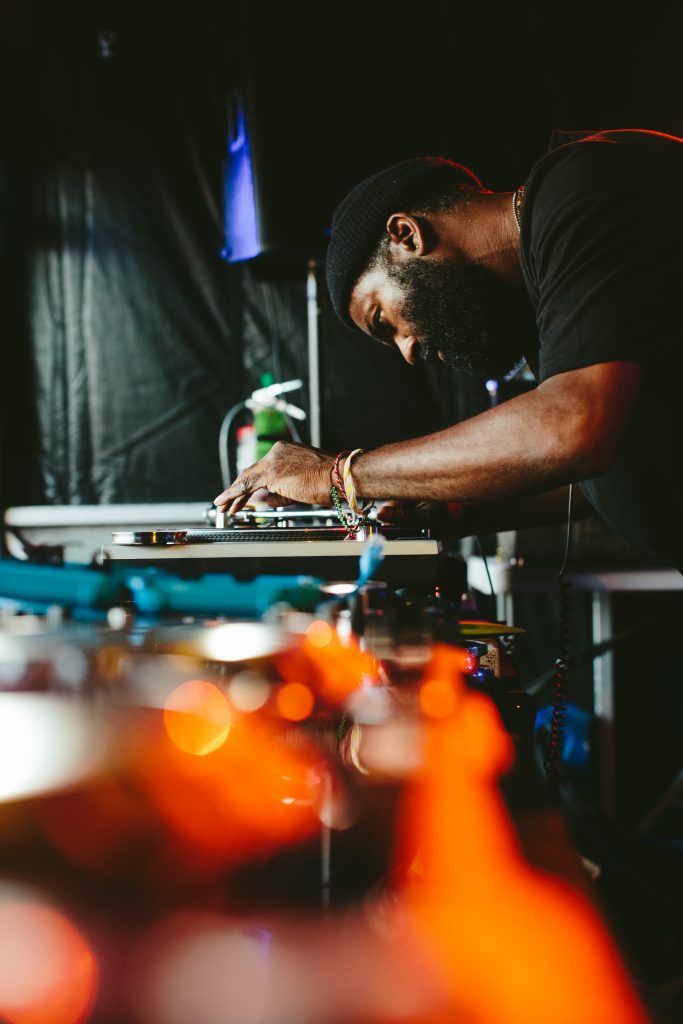 *unless that’s your kinda thing.

An Interview with Kenny Johnson

As important as the #endchicagonightliferacism movement is, there’s a separate reality in effect when it comes to dealing with patronizing clubs, bars and restaurants in the city that want Black dollars but not the people who spend them. Not saying that current social and political living conditions haven’t had a direct effect on the city’s Black nightlife scene, but bar and restaurateur Kenny Johnson sees things differently.

Have the pandemic, the shutdowns, the new “normal,” affected not only your business, but Black nightlife as a whole in Chicago?
Kenny Johnson (owner of the newly opened Bureau Bar + Restaurant and 16th Street Bar and Sage Room): At the end of the day, we were always working in a pandemic. Our shit is always behind the eight ball, if you want to get real honest about it. We never, never have it easy. Whether it’s opening our own places or just doing our own nights at majority-white or white-owned clubs. That’s why I get on Black promoters. Asking, “Why do you all keep trying to feed these white folks?”

Especially in this moment where we are supposed to be “us” first.
Especially right now! White people’s clubs are so dead. Their rent is much higher, their overhead is much higher than ours. And they might not come back unless they are able to do like we did. I was able to pivot. I moved my location from UIC, which held 600 to 700 over to this location (South Loop, 2115 S. State) which holds 200 people, but it’s better. It works better for us. Now I’m not going to say that we’re doing better than we were at this time last year, I mean, we still can’t open to 100-percent capacity, still can’t stay open as late as we want to, but we’re still in business.

The Black club and nightlife scene seems to have been hit hard.
Myself, Renaissance, Persona… we were the only places that Black people were going to because we were the only ones that were open! [Society 2201 has remained open, while other Black-owned clubs and event venues such as Tantrum and Afrotrak have not.] This situation has given us an opportunity to go back into our own communities, because our own communities are where we’re open in our own neighborhoods.

Right. That’s what I’m trying to get at. Can this moment be a positive for Black clubs and lounges because the situation makes us look inward?
Correct. And forget just COVID, talk about the political unrest and the racial tensions. This has made people go buy Black, which in turn has made people support Black businesses—which are our bars and restaurants and lounges—in their neighborhoods, which is even more important now because people feel more inclined to do that because of what’s going on in our society.

White guilt. Finally.
White people feel guilted. When this white girl shot a hole in our bar, The Little Bureau, on the first night of the riots, the white people went crazy on her! They stopped her, got her arrested, called me at 1:30 in the morning telling me everything that happened. Man, they feel guilty that we’ve had to go through some of this shit.

But in actuality, that is just an add-on to the shit we’ve had to go through since day one.
Since day one, correct. It hasn’t made it any easier or harder, it’s just another thing we have to deal with.

But do you think there will be some self-sufficiency that may come from all of this? Where we do get back to relying on ourselves and not depending on white Chicago to save us?
I do. I think Black people are looking now and asking, “Why go down there [downtown] when we have X, Y and Z in our own neighborhoods?” Now we might not have as many, because we’ll never have as many places, but the places we do have we need to make sure that they succeed in a big way. I do think people are thinking differently when it comes to this business. I think, matter of fact I know, because white businesses have called me wanting to partner with them now, that things will be different. They see what’s going on and for all intents and purposes they want some help on the Black side.

Of course, “Black” is a thing now.
And they don’t want to get called out for it. Look, I think there’s going to be some other opportunities because of this, it’s just a matter of when and how quickly they will come about. There’s going to be a time when, I think, we as Blacks in this business have to be ready and be able to go in and get a deal instead of waiting on somebody to just hand us one. We gotta be ready. We gotta have the money, gotta have the know-how, but there are definitely going to be opportunities.