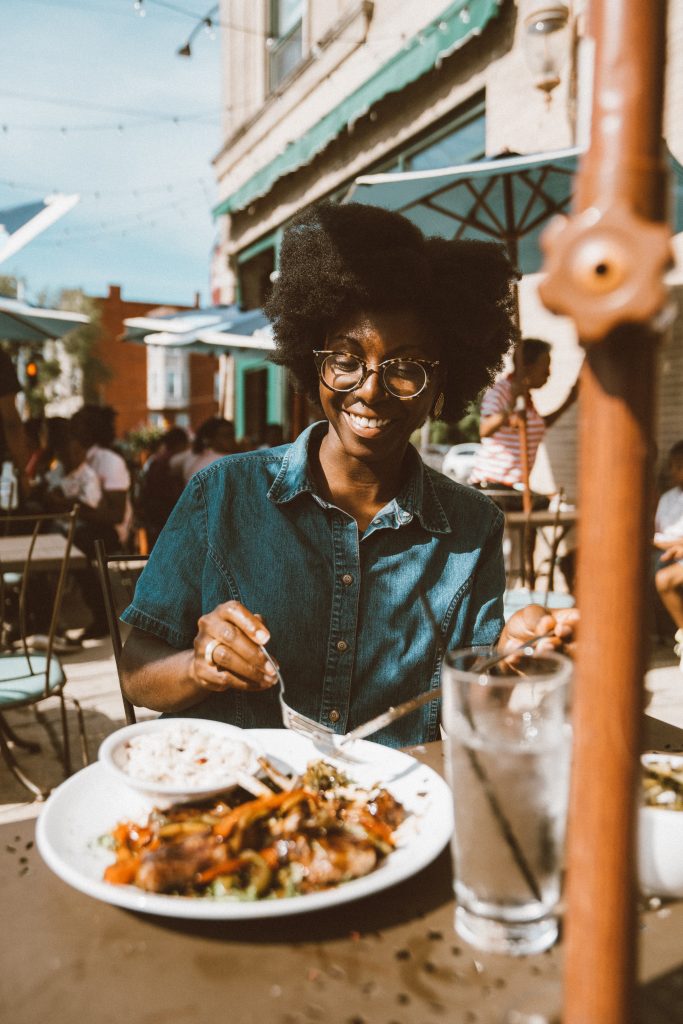 I love being Black. Full stop.

As a Black man in America, you know that just surviving from one day to the next is a blessing in itself. And in the words of the late, great Tupac Amaru Shakur…

“There’s gon’ be some stuff you gon’ see
That’s gon’ make it hard to smile in the future
But through whatever you see
Through all the rain and the pain
You gotta keep your sense of humor
You gotta be able to smile through all this bullshit.”

Which brings us to the subject at hand… Hennessy. There is literally nothing “Blacker” than sipping cognac; or as we affectionately refer to it in the ‘hood, “yack.” But not just any yack, Hennessy is THE official hard liquor of the streets. That “smile” that ‘Pac talked about is a natural byproduct of drinking Henny. And this doesn’t apply just to the streets of Chicago. This is a truism across the country. From New York to L.A., and every place in between, all age groups, voting stances or religions, no matter where you go in Black America, if you find yourself at a house party, or a day party, hangout, kick back, hell, it doesn’t even have to be a special occasion at all, chances are if you drink, Hennessy is almost always gonna be on the menu.

The relationship between Black folks and Hennessy is deep. There’s even a fake African proverb: “If life gives you lemons, add Hennessy.” After 500 years of slavery and oppression, Hennessy is tied to our natural affinity for luxury and the good life that many of us may not even realize or understand. Hennessy taps into Black people’s desire for the finer things in life on multiple levels. Allow me to break it down: At a base level, if you want to get drunker than you’ve ever been in your life—I’m talking blackout drunk where the world is spinning, but you’re sitting still—and with very little recollection of what happened the night before—which is important—then accept no substitute for Hennessy. Whether it’s V.S., V.S.O.P, X.O., Black or Paradis, Henny is most definitely gonna get you where you’re trying to go. Even when you really ain’t tryna to get there. Like Young M.A said, “OOOUUU.”

Henny is guaranteed to set any party off and make you have a good time. And for us, Black folks, that means escaping our American reality and all of the weight that we carry with it. So we sip. All without any regrets because ninety percent of the time we’re not gonna remember what happened, or even care, for that matter. That’s what makes it luxurious. But beyond getting you off your square with the quickness, what makes Hennessy even more luxurious is that it is part of a family of luxury items that Black folks are naturally drawn to that symbolizes Black excellence like no other. Example one: some Black folks don’t like Hennessy. The most common complaint is that it’s too “alcohol-y” for them, or it gets them TOO drunk. Those “negroes” look for something bougie that will get them nice and will usually turn to our other “‘hood” beverage… Moët. Well, guess what? Moët is in the same brand family as Hennessy.

And when drinking champagne or sipping on Hennessy, one has to be fly, right? Well, Example two: We know that Black folks and luxury brands are synonymous with one another and (with Gucci being a close second) nothing says luxury to Black America than Louis Vuitton… Which is Henny’s second cousin. See, Louis Vuitton and Moët-Hennessy, also known as LVMH, are part of the largest luxury brand conglomerate in the world. And we never do Example One without Example Two. When you’re talking about a people, who from the outside looking in, are at the bottom of the social order, the truth of the matter is Black folks have a subconscious attraction to that which makes us feel like they’re on top of the world. Ask any brother or sister in the ‘hood. When they come up on enough change to go to the Louis store and cop a belt, or a pair of shoes and then head to the liquor store and grab that fifth of Henny or that bottle of Moët to celebrate the come up, for a fleeting moment, we feel like we’re in the same class structure as a rapper, singer, producer, athlete, hustler or pimp. Like we got “white money” for the moment.

(Obviously there’s levels to Black success, but keeping it ‘hood, those folks are the bar because let’s be honest, if you live in Englewood, K-Town, Over East or the North Pole, the people you see with the money to afford the “finer things,” ain’t the doctor or the lawyer who lives next door. Or even on the block.)

So, the next time you crack open that fifth of Henn, or pop that bottle of Moët in your latest “Off-White” Louis gear that Virgil cooked up, with that red Solo cup in hand, just know you’re not making a conscious decision…

It’s in our nature, Black man. And Black woman. OOOUUU…