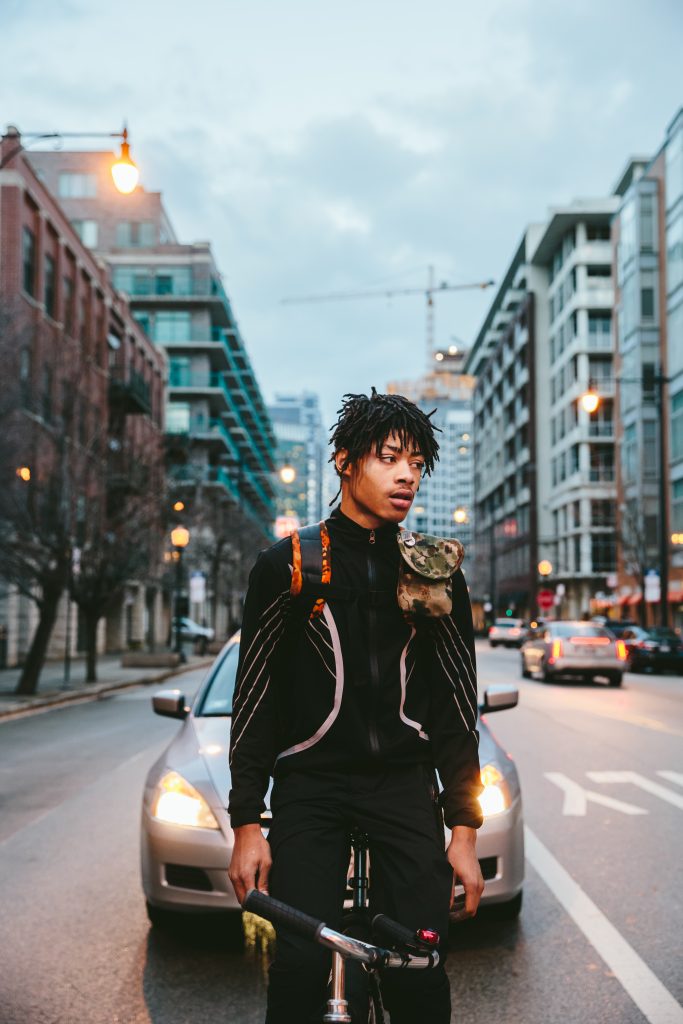 Ask Siri or Google to define “rage” and you’ll see it described as “uncontrollable.” But that’s not true.

Collective rage—say, the perennial rage of a people living in a country whose naked hostility toward them has caused incomprehensible damage—cannot only be controlled, it can also be redirected, repurposed, rebranded and reinvented. Collective rage can be told to vote instead of strike; post instead of scream; or peacefully protest while being violently assaulted. It’s this sort of “Rage Reform” that our country has perfected, turning the indelible pain of millions into platitudes that would be comical in their persistence if they were not so tragic in their acceptance. And it’s this sort of Rage Reform that, for a brief time, died on the asphalt this summer, trampled over on Chicago streets and drowned out by voices so full of actual rage, you’d think a pandemic had suddenly collided with a social uprising.

The protests of this summer did not occur solely in Chicago. But to witness the eclipse of Black liberalism by Black rage in a city that has cradled both extremes was remarkable. This is, after all, Chicago: every form of Black radicalism was born here, lived here or passed through here. But this is also Chicago: the city where whispering a negative word about the Obamas or their approved representatives is tantamount to committing a cardinal sin. As such, no other metropolis in America signifies the visceral tension between rage and Rage Reform like ours.

Enter a populace already unhinged due to the economic and emotional devastation wrought by the coronavirus. Enter many who were newly unemployed and historically under assault. Enter a moment when shit got so real, a video on Twitter of what appeared to be an Amish family protesting in Minneapolis didn’t strike me as odd.

Here in Chicago, the platitudes rolled out like red carpets, inviting the masses to the usual spaces of calm. Mayor Lori Lightfoot raised the bridges instead of her fist, professing her own anger at the injustices of the world, while making it clear that the world she and her army of police were most interested in protecting lies north of the Loop. It was heartwarming to see protesters arrive outside her home every morning in the midsummer to chant, “Wake up, Lori!” The demand felt as though it were directed not just at the mayor, but at any Black politician who believed faux progressivism would placate the crowds. Something had changed. The usual methods of mollification were failing. For a brief time this summer, Rage Reform was replaced with Rage Redux. An elder told me that they hadn’t seen anything like the Summer of 2020 since the long-gone summers of the sixties.

And it isn’t over. The productive fury and inspiring moments of the summer have tinged the fall with a similar spirit. But admittedly, for many, that spirit has been tempered. This tempering is a reminder that, if nothing else, Rage Reformers are patient. They knew that the incessant calamities of the Year 2020 would make the Summer of 2020 feel like another hardship many citizens would be eager to forget. And, maybe most importantly, Rage Reformers knew that Donald Trump’s affinity for white supremacy and fascism would, in turn, make any corporate democrat who cared to condemn him look like a “progressive.” Despite their own complicity in the militarization of police or the historic disinvestment of Black and Latino neighborhoods, Rage Reformers’ ability to position Trump, and Trump alone, as the face of all evil has shifted focus from themselves.

But this is Chicago. And here more than any place else, memories of the Summer of 2020 are likely to become seeds. The defeat of the all-too-familiar Black liberal stance at the hands of Black rage (and Latino rage, Indigenous rage, etc.) felt like a moment of clarity. The reverberations of that moment will resonate, especially in the hearts and minds of the young activists who created it. Like the tapping of a fork against a champagne glass, their actions signaled a call to attention this summer. There was something to announce. Amidst all the pain, there was reason to celebrate: a collective rage had returned, and for a while, it was uncontrollable.