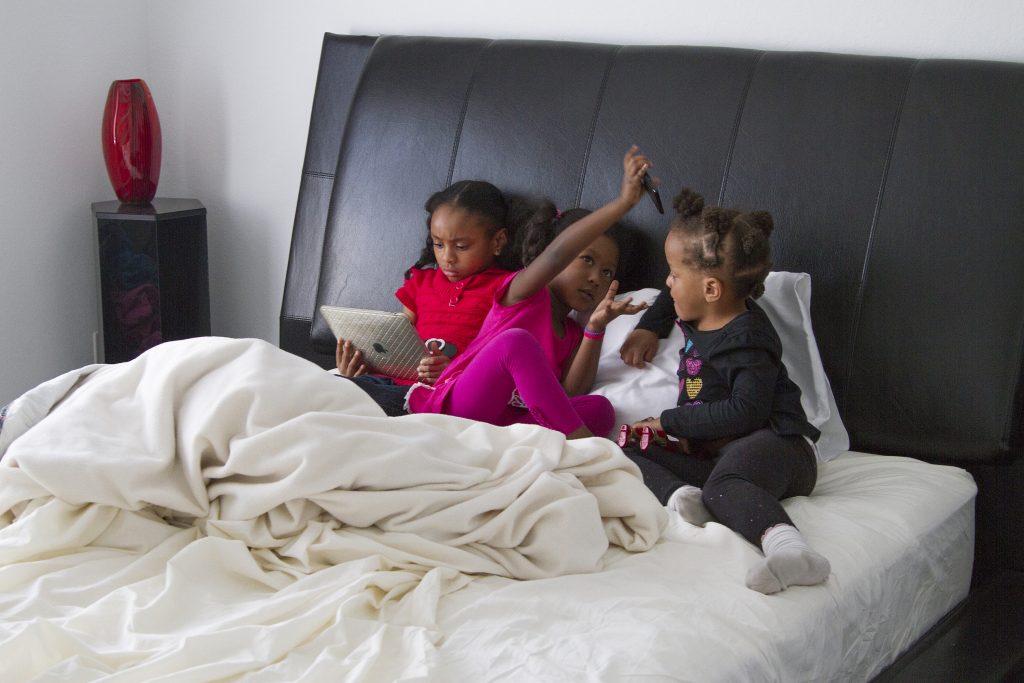 Whenever asked to point out Chicago on a map, I point to the only place I know—home. Lexington and Pulaski, where I inherited my native tongue from my grandma who fled Jim Crow to nest out West. There was no other Chicago, far as I was concerned. The West Side was it. We were bred to make something out of nothing; turning vacant lots into jungle gyms, fire hydrants into splash pads, alleyways into popping car washes, gangways into money-flowing casinos. And our grandmas knew they could turn a snow day into a two-flat filled with warmth from the neckbones, passed down from their ancestors, cooking in the kitchen. As our mamas and daddies dressed to the nines, flashing gold from their grins to their feet, for a night out on West Madison Street. They call us country, but who else could spin a bluesy Southern drawl into gold and platinum records of soulful and funky harmonies about the ghetto-fabulous life? Only we can. The West Side is the soul of Chicago. Don’t let nobody tell you anything different. (Tiffany Walden, co-founder, editor-in-chief, The TRiiBE)

In my humble opinion, the greatness of Black Chicagoans is our resilience, the ability to not be influenced by outside opinions of our city. We do not cower upon hearing about challenges facing our city, whether it be crime, education or economic opportunity. We do not tuck our tails and run away; true Black Chicagoans will challenge the system to make our City better. (Alderman Rod Sawyer, 6th Ward)

Black Chicago is a story of resistance through existence. It is the incredible boldness of daring to be joyful in the face of extraordinary challenges. It is the corner stores we live by and cultural events we put on, the playgrounds in our ‘hood and professional offices we take up space in, the restaurants we own and radio shows we run, the blocks we grew up on and the beaches we hang out at. It is carrying on the legacy of parents and grandparents who came here from the South or overseas. Black Chicago has shaped who I am, and I wouldn’t have it any other way. (Caleb Dunson, founder and CEO Youth Entrepreneurship League; student, Yale University)

While we live in the third-largest city in the nation, Black Chicago is like a small town where everybody knows just about everybody else. We’re tied together by high schools and it’s where we do Black Chicago stuff like hoop on the lakefront, eat at Black-owned establishments like Batter & Berries and Virtue, shop at Black-owned stores like the Silver Room, hang out at the Chicago Football Classic, and of course, most importantly, come together around our love of House music at the Chosen Few picnic. And it is because of these things and so many more that I am Black Chicago proud! (Alan King, Attorney, DJ, founding member, The Chosen Few)

It’s the Nod. The Nod, you understand, is a Black Chicago native, like Taurus Flavors or Afro Sheen. Now, you can definitely also find The Nod doing its thing down in Natchez and in Memphis… Hell, I found it in Cuba a few years back. But you know where I have yet to find it? Roscoe Village. The Nod, commonly shared between passersby on any Black Chicago thoroughfare, speaks silently to kinship. It’s cultural currency: a lovely pithy thing we brought with us from the South, like blues and barbecue. And it reminds me that in this city with no pity, I’m not alone. (Ayana Contreras, music historian, host-producer, Vocalo’s “Reclaimed Soul”)

There is a misconception that there is a disconnect in the Black community in Chicago because of the violence and disaccord that is heavily communicated throughout the media. But for me being someone actually born and raised in the city and someone who has spent all of my life really connecting with the real, authentic people of Chicago, I feel love! We rise above the misunderstandings and the mixed emotions. In the bigger picture of Black Chicago we connect as a unit, one unit, to bring a better environment for Chicago and humanity. (Don C, fashion designer, Just Don)

What makes Black Chicago great to me? For starters, you’re always close to a hook-up! Grabbing food off the grill of someone set up to watch the Bud Billiken Parade whilst you’re walking in it! The battle of Vincennes, two of the city’s powerhouse basketball teams Simeon and Morgan Park! Hyde Park Brewfest, Silver Room block party, Chosen Few picnic, Black Scene at the Playpen… Connecting tribes from out West, South, North, and the burbs. With no violence. That side of Chicago gets no love! Top it off with an ice cold beer at Frances on 75th! (Leon “The Destined Legend” Rogers, comedian, radio host, WGCI)

There are some dope Black cities across the globe; whether you’re international in places like Paris, Africa, or you’re local in urban hoods like Compton, or the Bronx. But you haven’t experienced a great Black city until you stomp the concrete jungles of Black Chicago, We got heart and guts and we’re loyal to our homies. It’s the way Chi-Town boys get down; when you with us, we rocking with you, all the way. Growing up in the ‘hoods of Chicago, you had to know that the dude you were riding shotgun with was gonna ALWAYS cover your space because you never knew when something was gonna pop off. As a dude who roams these Chi streets, it feels GREAT to know that the homie you came to the party with, was never gonna leave without you! (Carl West, CEO, MG Media; chairman, Black United Fund of Illinois)

Chicago has been negatively portrayed in the national spotlight thanks to the current administration. As a lifelong resident of the South Side of Chicago, I take pride in where I am from. Black Chicago is a community filled with hard-working people, strong families, incredible artists, creatives and local businesses. I love the moments when we gather, whether in restaurants, clubs, galleries, or even outdoor picnics and events. They are filled with positive vibes and laughter. Black Chicago is a Community. (Danielle Sanders, contributing editor, Chicago Defender; president, Black Bloggers Chicago; recording artist, Black Widow)

Community + Influence + Music + Dance + Sports = Unparalleled Black Chicago. Black Chicago encompasses a unique and authentic sense of community to its natives and transplants. Black Chicago is unique because as soon as one is asked the million dollar question “what high school did you go to?” the response immediately provides context and background for the conversation and almost always leads to a “did you know…?” In most cases, the answer is yes because everyone knows everyone and if not, you can guarantee they know someone who does. Black Chicago provides an unparalleled sense of community not only locally but also globally. It’s the birthplace of House music, steppin’, countless professional athletes and musical legends. Oh and let’s not forget, Chicago was founded by a Black man. (Joy Glover, founder, EnJoy LLC)

In my experience, Black Chicago’s defining characteristic that has made it distinctive from all other places I have traveled has been the sense of community. Like-minded enough to understand each other, but individuality is really celebrated in a way I find unique. Art and Activism tend to intersect here in a way that feels monumental and encourages those around to become a part of something bigger. From the language to the cuisine to the fashion to the etiquette and everything in between, we learn how to survive. (Saba, rap artist, singer, producer, founder, Pivot Gang)

Our city gives birth to greatness. No matter where I am in the world, when I encounter Black excellence, “I’m from Chicago” follows shortly after. In Chicago, we’re forged by the fire. We are tougher than the tough times that surround us. If we survive, we often win. (Theaster Gates, innovator, installation artist, professor)