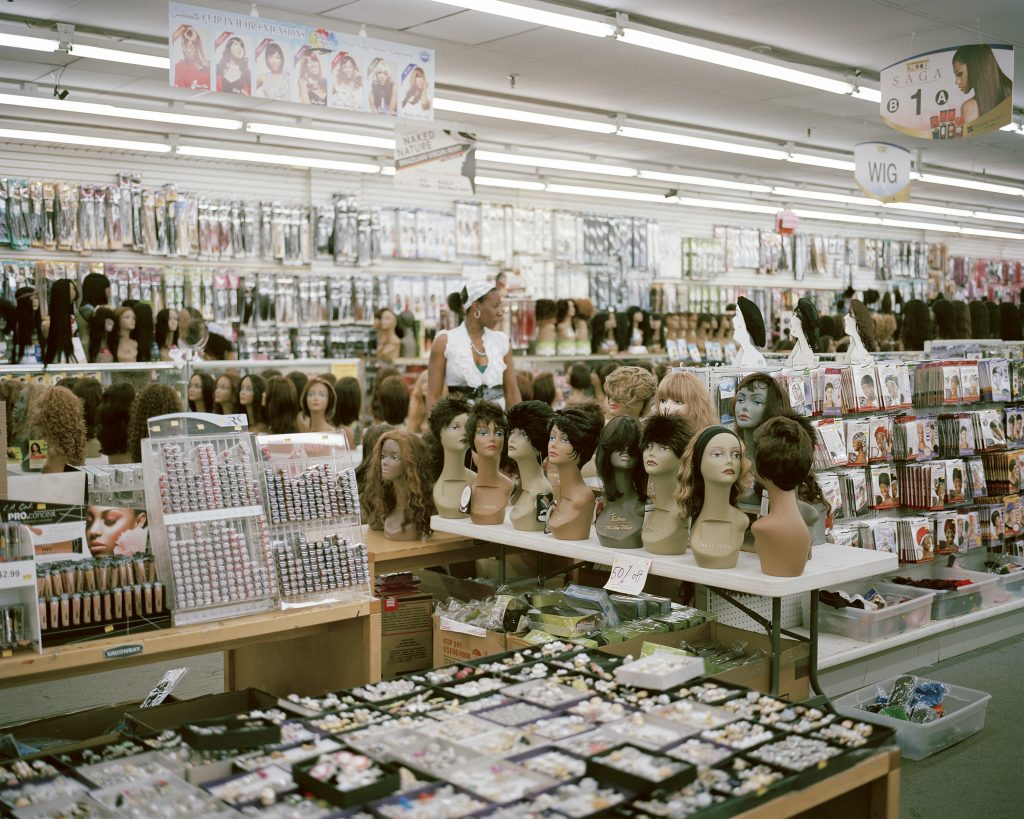 You all don’t know my struggle. What I have to withstand, what I’ve seen. I’m supposed to be the sign that says everything that needs to be said when it comes to being Black… and owned… by someone… Black. The symbol of pride, the anti-typical. Positioned in windows and doors; front, center, off to the side. Mostly South and West Sides, up North not so much. White segregation. Redlining. My colors clash with the city’s flag but I don’t need stars to shine.

I’m minding mine all of the time. Used as a show of community and solidarity. A magnet for Black Chicagoans and liberal others and suburbans who believe their support will keep me alive. My difference: I was not invented for white people’s appeasement or for their approval. Never reduced to an acronym. Never marketed, never co-opted to a general public to sell a myth to white Chicago and adopted by the city’s white media as something to make them comfortable. Unlike BLM, who is my friend but a figment that will never be believed by them, I remained exclusive to my own. My three words were never supposed to exist together in the same sentence, let alone appear in sequence as a greater sum than my parts.

Then came this summer when I had to take on an entirely different meaning and do things I was not put in existence to do. My most recent job: To do what the police can’t when shit goes down, when protests turn to riots, when rage and reform appropriately join forces. In instances and at times I don’t work. My purpose was not served. Fools looked right past me as if I don’t exist. Or worse, they could care less that I did. “Fuck what you say, fuck who you is.” I heard it all. It was in those moments I felt the same pain as the owner that put me out front of their businesses. My purpose for existing, for being what I am and why I was created, gone. I went from being an indicator to owners hoping I’d be a shield. A Black STOP sign! A reminder to Black “steal” in our hour of chaos that I’m one of them, that I represent a business that is one of them! I hear when the glass shatters. I see it coming. Then comes the fall. Concrete or wood or linoleum or marble. Sometimes a welcome mat. Most times I lay there face up, stepped on, stomped on, trampled on before I’m run over. It’s mostly us, Tims, Air Force 1s, some Vans, mostly slides bypassing my meaning, not giving a fuck whose business they are destroying, just what’s inside; not giving a damn whose life’s worth they are ruining, just what they can get away with.

Thing is, I get it. I get how in these times, for businesses and establishments where I am not, get got. But why me? What did I ever do to not support us? To the point I was in some places utterly, and frankly, disrespectfully ignored. The police ignoring me and protecting those other brick-and-mortars up and down Michigan Avenue, on the Mag Mile, in high-end neighborhoods and business districts where I am rarely seen, was expected. Community prioritizing is not new in this city. Nothing more than Chicago’s segregated past and present being what it is. But as I try to reestablish my purpose throughout the city, I can’t help but wonder, question, challenge, internalize: Why Me?

Most times now I’m held up by staples. Attached to ply or treated wood. Adjacent to beautiful artwork of images and messages and names of people that business owners and artists feel speak louder than me. They all side-eye me, the messages. Like I didn’t do my job. To them, we’re not supposed to be sharing space, to them I was supposed to protect the business they are now canvassing. I stay quiet, let them sit in their feelings. Knowing that my truth is not to scream but to notify. For I am not a demand, I am an indicator. I exist in pride and principle, not protest. Maybe that’s what’s wrong with me. Maybe that’s where I failed. Not being loud enough, not demanding something. The subtlety of who I am is not what is essential anymore. The message I speak has moved beyond me. Maybe the time has come for me to say and mean something more.