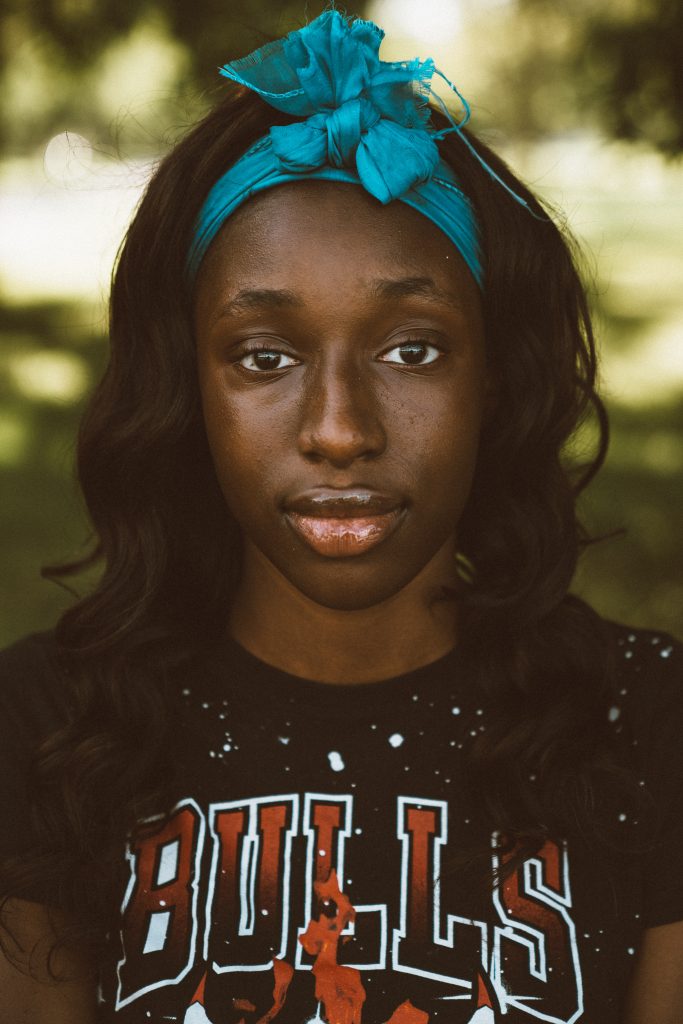 They call her the South Side Lois Lane, though she’s more mild-mannered than the character Margot Kidder played in 1978, the year Natalie Moore took her first steps on the planet. She comes from folks who lived in Chicago before The Great Migration, and ones who arrived during it. The first-generation Chicagoans in Natalie Moore’s family worked tirelessly, owned property and spoke their minds out of love for their communities. They lived in Chatham, a solidly middle-class neighborhood whose color changed from all-white to all-Black in a matter of decades. Chicago’s politicians created these spaces with faulty policies: first, ones that moved all of its Black citizens to spaces separate from white people and then to spaces that isolated the impoverished Black citizens from everyone.

Natalie Moore jumped through sprinklers in the summer heat, chased jingling ice cream trucks, and shared secrets with her best friends at pajama parties during a joyful, vibrant childhood in Chatham. She calls it her “middle-class Black cocoon,” her neighborhood in physical proximity to lower-class Black sections of the city, but miles away from her thoughts and experience.

Moore got closer in 1998, when she covered Chicago project housing as a student at Northwestern University’s Medill School of Journalism. Her methodology wasn’t only to observe, research and report, but to listen and learn from the people who lived there. Moore used her powers for truth, justice, and to put human faces and voices to those who the city worked to isolate and ignore.

Today you would recognize Natalie Moore’s voice immediately as reporter of Race, Class and Communities for WBEZ, Chicago’s NPR affiliate, where she’s worked since 2007. In 2016, St. Martin’s Press released her award-winning book, “The South Side: A Portrait of Chicago and Segregation.” A mix of personal essay, oral history and race and housing history of Chicago, “The South Side” is mandatory reading for those who want to understand how politicians molded Chicago into one of the most segregated cities in the country. Moore is modest in considering whether “The South Side” contributed to a heightened awareness of how American policy continues to adversely affect Blacks. Does she think things have gotten better since 2016? “I do, but I wouldn’t be arrogant enough to lay it on the feat of my book. I think about the dialogue and the debate that was in the last mayoral race from 2019, which was completely different from 2015,” she says. “Everybody had to talk about racial equity and segregation and that just hadn’t been there before, so I’d like to think my book contributed to that, but there were other journalists, other reporters, locally and nationally talking about segregation.”

Last year Book Riot included “The South Side” in a list of “Six Books to Remind Us Why Journalism is Important,” alongside journalists Bob Woodward and Carl Bernstein, Katharine Graham, Hunter S. Thompson and Paula Giddings.

Moore received the Studs Terkel Community Media Award in 2010 for reporting on Chicago’s diverse neighborhoods. “There are so many people who I admire, or was mentored by or edited by who have received that award,” she says. “And I think being acknowledged for being in that spirit of giving voice to people in underserved communities is a great honor.”

Talk to Moore and you can see she’s a thinker, an intellectual, someone who knows there’s power in the weight of words. Ask her a question and the seconds of silence before she responds are characteristic of a journalist devoted to substantial work and to listening. She writes like this, too, the sentences clean, strong, with a Nate Silver-level of statistical verification for those who can’t see that the problems in their city are real. “I think it’s important to be honest,” she says, “be authentic, be factual—all the tenets of writing—be engaging,” she says.

When you ask Moore about her place in the great tradition of Chicago voices, she’s demure; she deflects. It’s not about her. “You can’t really get caught up in that,” she says. “When I think about what kind of legacy I want to have, I hope that I’m looked at as someone who was brave and someone who tried to uncover some of the complicated and racialized history of our policies in this country and in this city, particularly around housing. I just hope to keep being relevant.”