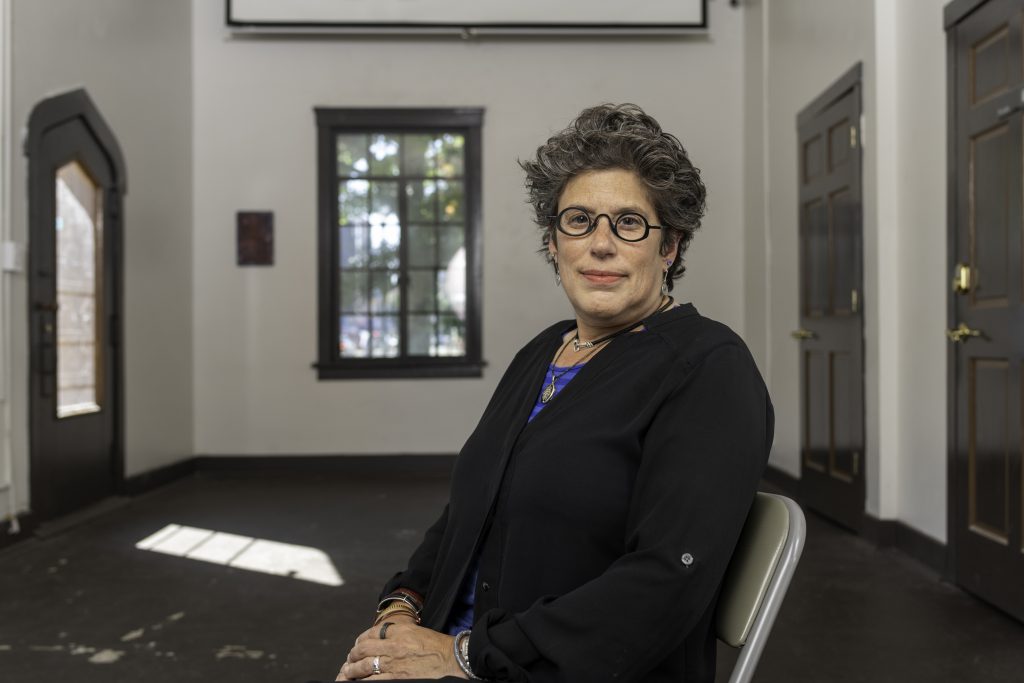 One of the Chicago’s art world’s stalwarts for thirty-three years, Catherine Edelman announced she’s closing her physical space at 1637 West Chicago effective January 1, in response to the “unsustainable reality” brought on by the pandemic. A national force in photography, Edelman hosted 245 exhibitions featuring more than 200 artists in spaces ranging from River North to West Town. She plans to operate as a private dealer representing some of her current artists.

In that new role, she promises “to continue working with collectors, curators, designers, & consultants; participate in art fairs when they resume; and present pop-up exhibitions when warranted. While CEG may no longer have a public space, the mission remains fully intact: to present living artists whose work expands the discourse of photography.”

Leading Chicago gallerist Kavi Gupta, with two locations in the West Loop plus a Pilsen warehouse, is heading to the country, so to speak. They’ve just announced the closing on a property, at 219/215 East Buffalo Street in New Buffalo, on the main commercial street of the Michigan lakeside getaway for many Chicagoans. When it opens, it will include an exhibition space, an outdoor sculpture garden and art storage.

As a bonus, the space is less than a mile from the late artist Roger Brown’s home, the River Pavilion and Guest House. Kavi Gupta is the official representative of the estate of Roger Brown.

“Museum Town,” a new documentary about the epic art space MASS MoCA, opens virtually at the Gene Siskel Film Center on Friday. A look at the creation of the now-legendary contemporary art mecca, it also promises a look at artistic process, featuring Chicago’s own Nick Cave, “as he builds the monumental installation ‘Until,’ a reflection on gun violence, race, and the American Dream.”

Lisa Laws, current chief of staff at Chicago’s Department of Cultural Affairs and Special Events, where she oversaw, among other things, the “NFL Draft Experience” in 2016, is leaving to take on the role of chief operating officer at startup incubator 1871.

And now, the Duffy Burger

Three-Michelin-starred chef Curtis Duffy who, along with business partner Michael Muser, opened the acclaimed, ultra-high-end Ever this year in the height of the pandemic, is playing at the other end of the economic spectrum with his Rêve burger. Described as “two, juicy, quarter-pound patties dripping with Wisconsin American cheese” and also available in a Beyond Burger version, is available for pick-up and delivery. Rêve, “Ever” spelled backwards, means “to dream” in French.

This is just a temporary thing, until indoor dining resumes. (Though that’s what Danny Meyer thought when he opened a hotdog stand in Union Square Park in New York. Now it’s Shake Shack.) The menu includes “BBQ-seasoned, crispy fries, a double-old fashioned cocktail and a big oatmeal chocolate chunk cookie.”  The burger will be “loaded with Vienna dill pickles and a secret Rêve sauce” on a caramelized brioche bun. “This is not a specialty restaurant burger; it’s an ideal fast-food-style burger,” says Muser. “It’s not overly stiff or stacked. Nothing slides. Nothing falls apart. It’s balanced. Everything is right about it. It’s a correct burger.” It’s available through DoorDash and Caviar.

With existing locations in New York and San Francisco, the company says its “lineup of experts hail from some of the most renowned wine-focused restaurants all over the world.” Specifically, Chicago will be led by master sommelier Dustin Wilson (Eleven Madison Park, Frasca Food & Wine, RN47) and in-house retail manager and sommelier Nisha Aher (Alinea, City Winery, Del Frisco’s).

Sonotheque is back! As a T-shirt…

Quiet Pterodactyl is launching a series of one-month-only limited editions of merch of gone but still beloved Chicago bars and clubs on Threadless.com. First up is Sonotheque, with a logo designed by Cody Hudson.

The club lasted only seven years, starting in 2002 at 1444 West Chicago, led by Chicago nightlife and dining legends Terry Alexander, Joe Bryl and Donnie Madia, but has never been surpassed. With its sleek interiors, epic sound-system and brilliantly eclectic music programming, Sonotheque was, perhaps, decades ahead of its time.

Quiet Pterodactyl promises Double Door and Rodan next, and here’s to hoping they look outside of Wicker Park in the modern era and feature some of the vast late greats of Chicago nightlife from across the city.

See Chicago Dance… down the street

Dance advocacy nonprofit See Chicago Dance is moving to the Literacenter, a cultural co-working space at 641 West Lake with 120 member organizations. That is, they’ll be there once folks are working out of offices again.

Rachel Elise Johnson, executive director of new musical company Underscore, is leaving to take on the role of festival artistic producer for the Allen & Gray Musical Theater Festival, “which is devoted to new works that amplify marginalized voices.” She plans to continue producing the Chicago Musical Theatre Festival for Underscore.

A defeat, for now, for Victory Gardens

Victory Gardens Theater will not have any live performances in its 2021 season, as it announced the cancellation of the Chicago premieres of “cullud wattah” by Erika Dickerson-Despenza and “Heroes of the Fourth Turning” by Will Arbery. The theater had postponed productions of “Poor Yella Rednecks” by Qui Nguyen, “In Every Generation” by Ali Viterbi, and “Exit Strategy” by Ike Holter. They hope to produce all in later seasons.