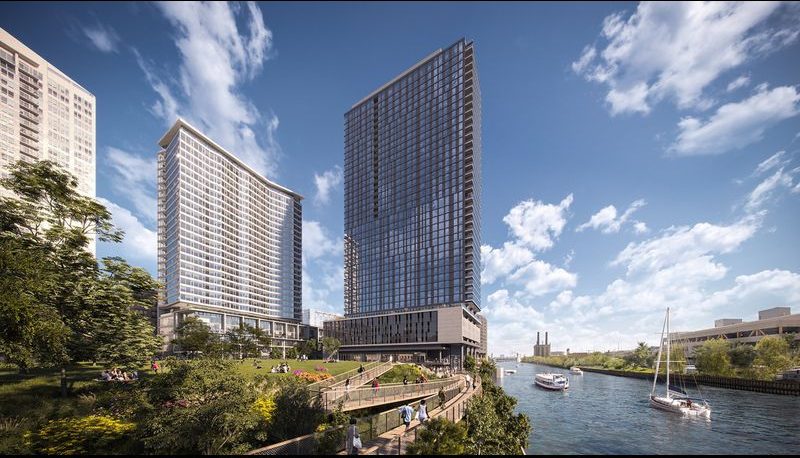 The Reed, in a rendering

In a rare burst of good—or at least normal—news, plans for The Reed, the condo building in the Southbank along the Chicago River, were unveiled. “There is always migration to the suburbs, but we’re very bullish on the urban downtown market,” the developer told the Tribune. “People love and thrive on the nightlife and the incredibly short commute. It’s a trade-off—if you live in the suburbs, you’re looking at an hour commute every day.” (Chicago Tribune)

Publicist Lacey Irby sent a note to say that she’s really getting into the game, opening a restaurant herself with Chef Ryan Brosseau (Le Sud; Table, Donkey and Stick) in Lakeview in early 2021.

Here’s how she describes it:

“Located in Lakeview, Dear Margaret (2965 North Lincoln) is a love letter to Midwestern ingredients, written in elevated and honest French-Canadian cuisine. We’re rooted in classic technique and channel the passion and ingenuity of a year-round preservationist’s kitchen and larder. We’re drawing inspiration from Ryan’s childhood in Southern Ontario and food memories from the kitchen of his mémé (French for “grandmother”), for whom the restaurant is named. We’ll open for carryout and curbside in early 2021; someday, our space will accommodate around forty seats in the dining room—but we built our business plan around no onsite dining until Chicago enters phase 5, full reopening. Let’s keep each other safe!”

A dark day for the Dark Lord

3 Floyds Brewpub in Munster, Indiana, site of the annual frothy pilgrimage of disciples of their Dark Lord Imperial Stout, is gone for good, according to the Times of NW Indiana. According to a letter from Nick Floyd quoted in the piece, “We are going to continue to brew the beer that brought us together and uphold the culture that you have built with us over the past fifteen years in the pub.” (The Times)

The Bumppo Road is less Sandys

Artistic director Nick Sandys told the Tribune he’s stepping down in June to focus on his acting. “I have been doing less and less actual art-making,” he said, noting the administrative demands of the job, “and I want to return now to acting,” he told Chris Jones. (Chicago Tribune)

A consortium of foundations are launching a $16.5 million program to fund BIPOC-led and BIPOC-focused arts organizations in Chicago, and looking for folks to put in Letters of Interest very quickly, by January 22.

WHAT: Chicago’s Cultural Treasures (www.chicagosculturaltreasures.org) is a four-year initiative designed to support the Chicago area’s BIPOC-led and -focused arts and culture organizations as they face unprecedented challenges to their decades of leadership and resiliency. The initiative will include both critical general operating support, as well as capacity building and technical assistance that will be co-created with the arts community to ensure it meets their needs.

WHERE: This opportunity is available in Chicago and the seven-county metro area.

WHEN: The initiative officially launched Dec. 17, 2020. Letters of Interest—which both signal interest in support, as well as provide input to the design of the program—are due by Jan. 22, 2021. Nominations for the initiative’s participatory grant committee are also due by Jan. 22.

WHY: Many of Chicago’s cultural organizations of color serve as important neighborhood anchors. These institutions sustain cultural traditions and identities, build community, provide access to the arts in all neighborhoods, and help ensure that experiences and stories are shared and heard. Although these organizations of color are vital to the cultural life of the city, they remain undercapitalized and have been impacted disproportionately by a long history of economic and racial segregation, as well as by the current outbreak of COVID-19.