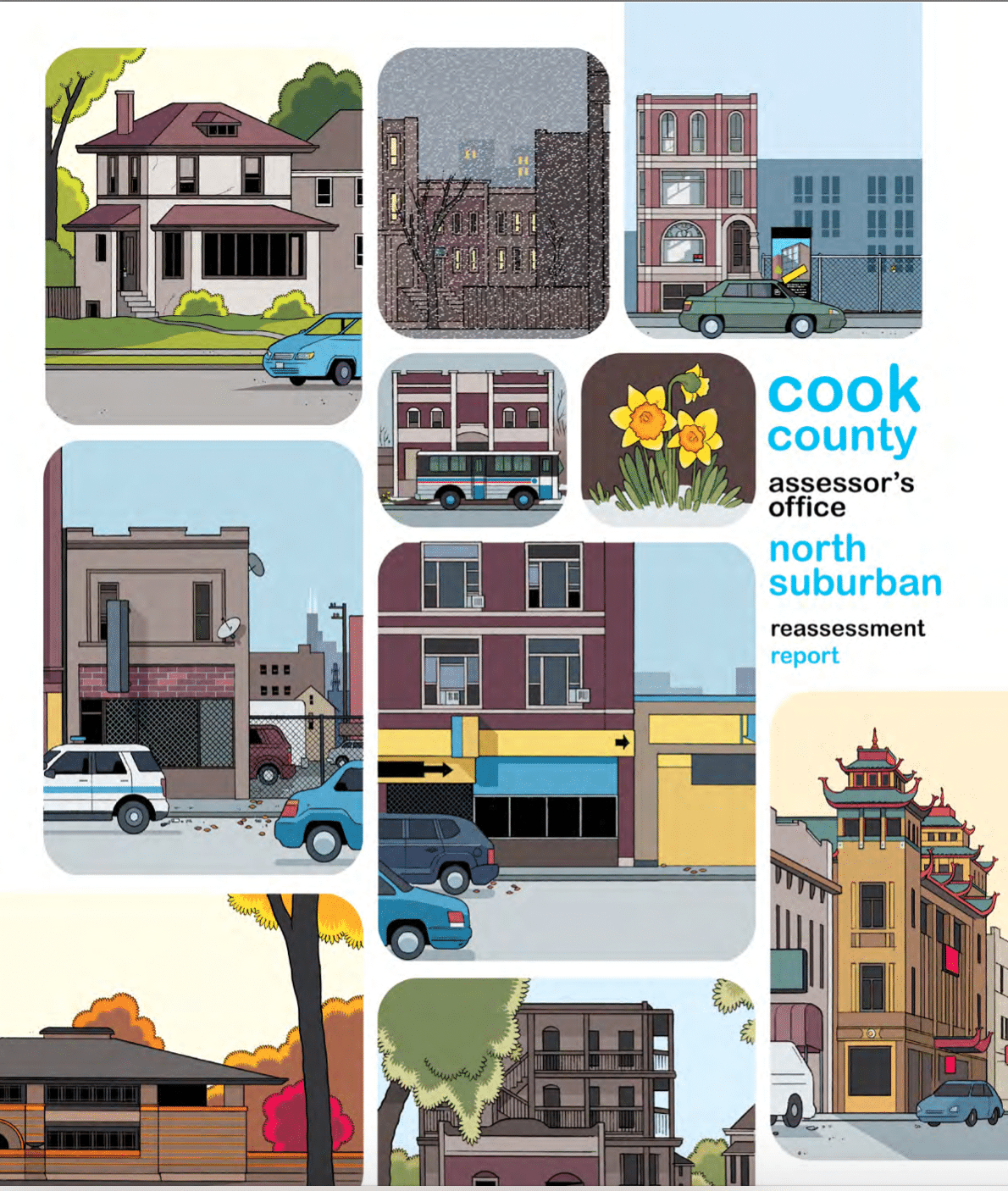 If you’re waiting for Chris Ware to finish the second installment of his epic “Rusty Brown” (perhaps circa 2030 based on how long Volume One took?), you can get a fix, of sorts, in the most unlikely place: he created the cover of the “2019 North Suburban Reassessment Report.” In this riveting text—OK, in its defense, I only read the summary page—you’ll find the likes of “property tax analysis following the triennial reassessment of the north suburbs in 2019 (which affected property tax bills issued to homeowners in summer 2020).”

Newcity art editor Kerry Cardoza penned a 6,000-word-plus cover story for the Chicago Reader entitled, “Inside the fight for racial equity at SAIC: Current and former students, staff, and faculty at the top-ranked art school describe microaggressions, discrimination, and a failed anti-racism campaign.”

Death of the Family

The nation lost its last video store chain, the 250-plus-location Family Video, when the Glenview-based company announced its end at the hands of the COVID-19 pandemic.

Post-production boutique Cutters has promoted David Rubin to editor. According to the publicist, “Rubin was the International Grand Prize Winner in Editing in 2015’s Camp Kuleshov competition, AICE’s (now AICP’s) annual contest for assistant editors, audio mixers and graphic designers. He is also a two-time winner of top editing honors in Camp Kuleshov Chicago.” We like his assist on Jeep’s “Groundhog Day” Super Bowl spot, but you might also dig, say, his Maytag work.

One of the more crushing business losses in the pandemic, the legendary Southport Lanes, might live after all thanks to a lifeline in the form of a $70,000 grant from the state. I wonder how much Blackbird would need…

We’re working on Gummy Kombucha, so don’t steal it

High-end “corner store” Foxtrot has launched a business-incubator competition called the Up and Comers Small Makers Awards, which, according to their publicist, “with the purpose of finding and cultivating new consumer, food and/or beverage brands.” Cash, in-kind support and in-store distribution is promised. Plus, they have cool judges like Edmar and Carla Lalli Music. Entries are due January 10, so we won’t have ours fermented in time.

The indie-rock scene is mourning the loss of the Runners drummer who died suddenly at age forty-six. “In the eyes of his many friends, his generous spirit and boundless enthusiasm made him the beating heart of Chicago’s DIY rock scene, and his death hits especially hard,” the Chicago Reader writes.

Governor Pritzker suggested that Chicago’s museums, movie theaters, restaurants and bars might be able to partially reopen  as soon as January 15. Dinner and a movie, anyone?