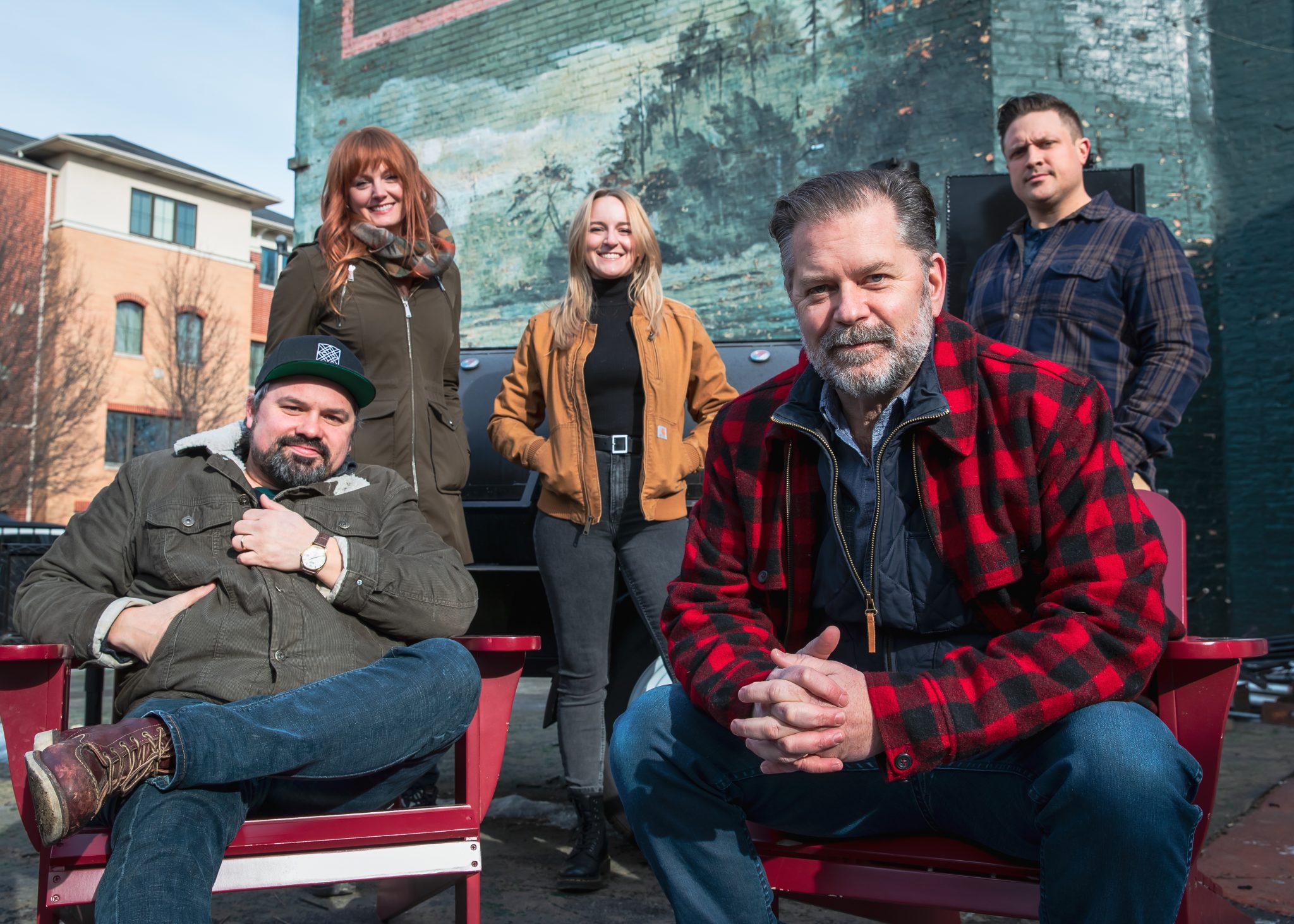 Hyde Park’s The Silver Room is expanding into media with the launch of podcast “Randomly Selected” and a weekly radio station, “Soundrotation.” The podcast, hosted by Mario Smith, launches today with an interview with chef Erick Williams of Virtue. The radio station is hosted by Duane Powell, and is a reincarnation of his weekly gig at Funky Buddha launched back in 1999 as “global night of soulful grooves.”

Renowned chef John Manion is teaming up with FitzGerald’s owner Will Duncan to open Babygold Barbecue at the legendary Berwyn music club this spring. According to the publicist, the restaurant “will feature a menu anchored in the historic music venue’s Americana roots.”

Hungry for something new

Steve Dolinsky, who held ABC-7’s “Hungry Hound” gig for more than twenty-five years, is moving on to pursue personal projects. No word yet on a replacement, if any.

One tamale at a time

TaKorea Cocina owner Robert Magiet has been buying inventory from tamale vendors and giving the food to the homeless, according to Block Club Chicago:

“’I just pulled over and said, “If I buy all your tamales, will you go home?”‘ he said. ‘The vendors are so grateful. They’re honestly in disbelief that it’s happening.’ Since then, Magiet has woken up at 5:30am daily and bought out a different tamale vendor. Buyouts average $350 for 20-25 dozen tamales, and Magiet always leaves a $50-$70 tip — for the vendors and for the people making the tamales. After buying the tamales, Magiet drives the food to local homeless shelters or encampments.”

While some will spend February 14 eating candy hearts or dining with a date, Semicolon Bookstore’s DL Mullen has other ideas, with her push for the creation of National Black Literacy Day.

According to Publishers Weekly, “Mullen began devising the holiday while seeing the impact of pandemic-based school closures in a city where illiteracy rates were already high, with Black and brown citizens bearing the brunt. The Chicago Literacy Alliance has found that 30% of adult Chicagoans have ‘low literacy skills.’ ‘National Black Literacy Day should be celebrated by specifically directing your time or resources to literacy programs in your immediate area,’ Mullen said. ‘The YMCA is amazing. Or simply read with a child to help them continue building a connection to the life-changing effects of literacy.’

Legendary Chicago blues label Alligator Records, helmed for fifty years by founder Bruce Iglauer, has merged into newly formed Exceleration Music, a company led by Glen Barros, former CEO of Concord Music Group. According to Alligator’s press release, Iglauer “and his Chicago-based team will continue to handle artist signings, A&R, new release production, project marketing, publicity, and promotion for an aggressive lineup of new recordings by the label’s existing roster as well as by newly signed artists. Alligator will continue to market and promote its catalog of over 350 releases. Exceleration will handle financial, operational, and administrative functions for the label. Both partners will collaborate on marketing initiatives designed to build on Alligator’s great legacy.”

Time for feds to step up

Chicago’s Lori Lightfoot is one of ten mayors who sent a letter last week to the Biden-Harris administration calling for a significant federal response to the economic crisis in the arts.

Artforum writes: “Citing an NEA white paper on the benefits to communities when the arts are positioned ‘at the table with land-use, transportation, economic development, education, housing, infrastructure, health, climate change, diversity and public safety strategies,’ the letter’s authors call for a coalescent approach that would employ cultural and arts workers in the aid of federal programs for infrastructure, education, job creation, and health, with the goal of benefiting both the cultural sector and the programs it is put in service of.”