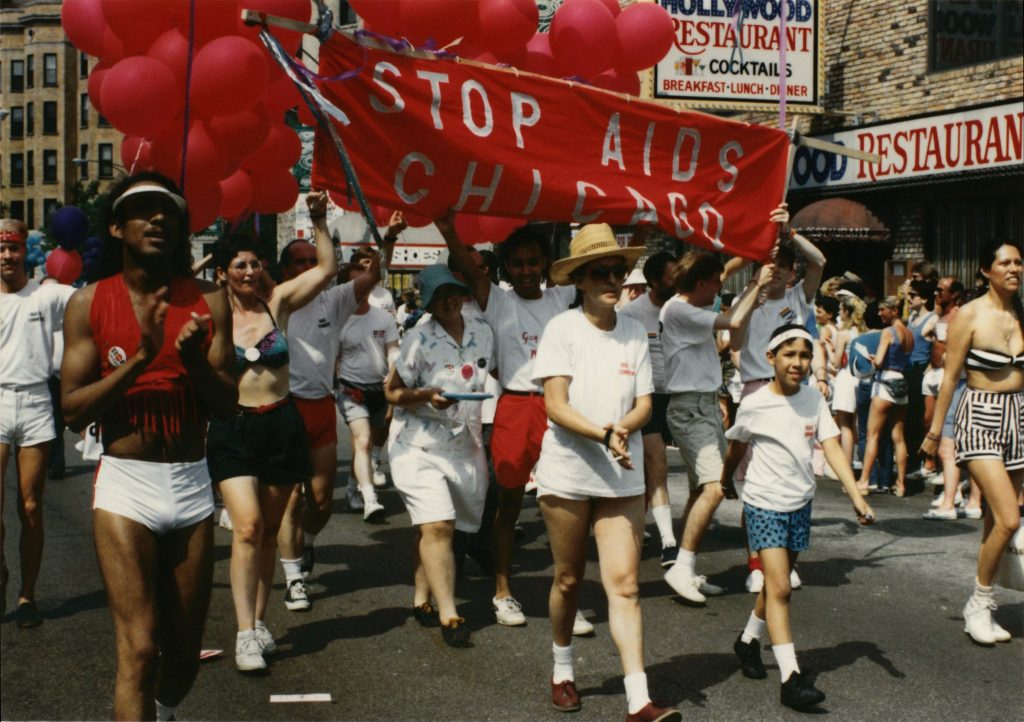 I was an advertising copywriter, one of hundreds toiling largely in anonymity along Michigan Avenue and throughout the Loop in 1991. In 1992, I was a cover story in Newcity. I was interviewed by a journalist named Allen Smalling, then taken out for a photoshoot at thrift shops and wig emporiums along Lincoln Avenue. All that had changed was that I’d written a novel. That in itself wasn’t much more remarkable than copywriting; Chicago’s always been a town in which you can’t swing a dead cat without thwacking a novelist or three. What made me different was that I was an openly gay novelist, and had written a novel set in Chicago’s gay milieu.

Seriously. That’s all it took. It seems odd to us now, but in the late 1980s and much of the 1990s, novels were the only mass medium that offered a profusion of stories of gay lives. True, there was a steady stream of gay-themed independent movies, but you weren’t likely to find Greg Araki’s oeuvre running at a suburban multiplex. When Hollywood finally obliged in 1993 (with the kind of extravagant self-congratulation only Hollywood can bear to exhibit), the result was a film—“Philadelphia”—in which the same-sex lovers (played by Tom Hanks and Antonio Banderas) never exchange as much as a kiss. Television was even more squeamish; when gay characters appeared at all, it was invariably in a context that emphasized the effect of their sexuality on adjacent cis characters. The lives gay people lived, the communities we built, were invisible.

Books were different, though; cheaper to produce, for one thing, and consumed in private. The full spectrum of gay experience could be, and was, explored. Gay fiction boomed, aided by the rise of bookstores devoted exclusively to gay-themed product, like A Different Light in New York, Los Angeles and San Francisco, or here in Chicago, People Like Us. Queer novelists could count on finding a public, and many built that into genuine local celebrity. Chicago authors like Achy Obejas and Mark Richard Zubro were recognized and feted wherever they went.

Which isn’t to say it was easy to break through; the competition was predictably fierce. My own cover-story moment was because my novel wasn’t about either coming out or the AIDS crisis; “Fag Hag” is instead a comic novel about a woman who is socially and emotionally drawn to gay men. This is a common urban character type—I had many women tell me, either proudly or defiantly, that they were or had been such a person—but no one had put it center stage before. Being the first to do something—anything—is a pretty good bid for attention.

I mentioned the AIDS crisis in passing, but in fact the role it played in all this is pivotal. By 1992, it had been an epidemic for more than a decade. (This is a tough statistic to confront, given that we’re only just shy of a year into a new global pandemic.) In 1992 alone, more than 33,000 Americans died of HIV infection. and it was the eleventh leading cause of death in Illinois. Yet it’s become axiomatic that the plague that devastated gay communities across the country, including Chicago’s, was also paradoxically responsible for triggering much wider gay visibility, and setting the stage of the understanding, accommodation and acceptance that followed. 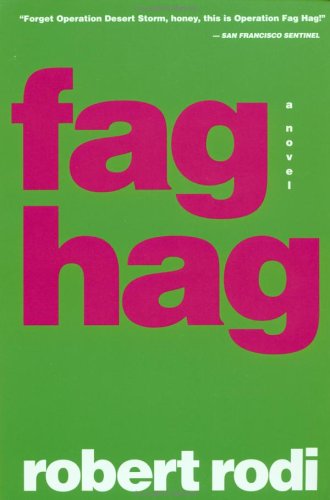 In fact, it was in 1992 that Tom Tunney became the first openly gay Chicago alderman. He’s now the city’s vice mayor— appointed by our first openly LGBT mayor, Lori Lightfoot. The intervening years have witnessed countless other examples of the wholesale mainstreaming of gay people—some would say, at the expense of gay culture. People Like Us closed its doors in 1997, as did A Different Light some years later; Gay Chicago was one of many LGBT publications that folded in the new century. My own Newcity cover story is, in retrospect, one of the auguries of that coming shift; a decade prior, I wouldn’t have registered as newsworthy to anything but exclusively gay periodicals.

This isn’t to say that gay visibility led immediately to gay inclusion, nor that gay culture suffered a single, cataclysmic collapse. Social progress in America has always been a matter of two steps forward, one step back, which, for those on the front lines, can often feel like no progress at all. Victories are achieved across a continuum whose farthest reach isn’t even visible from where we are on the arc; in the nineties, many LGBT activists wouldn’t even consider devoting their energies to something so obviously, unattainably fanciful as same-sex marriage. And even ten years ago, the primacy of the trans rights movement in today’s progressive politics would have seemed literally incredible. I’m assuming that this mainstreaming trend will only pick up speed—though our recent self-save from a rightward swerve into autocracy should give us pause. We can’t be entirely certain that we’re not living in a glittering, doomed, Weimar moment. Gay people, along with sexual, racial and religious minorities, are the canaries in democracy’s coal mine, and as I write these words there are still children in cages on our southern border. We can take comfort in progressive momentum; we just can’t take it for granted. I’m hoping active citizenship becomes a hot trend in the upcoming decade. 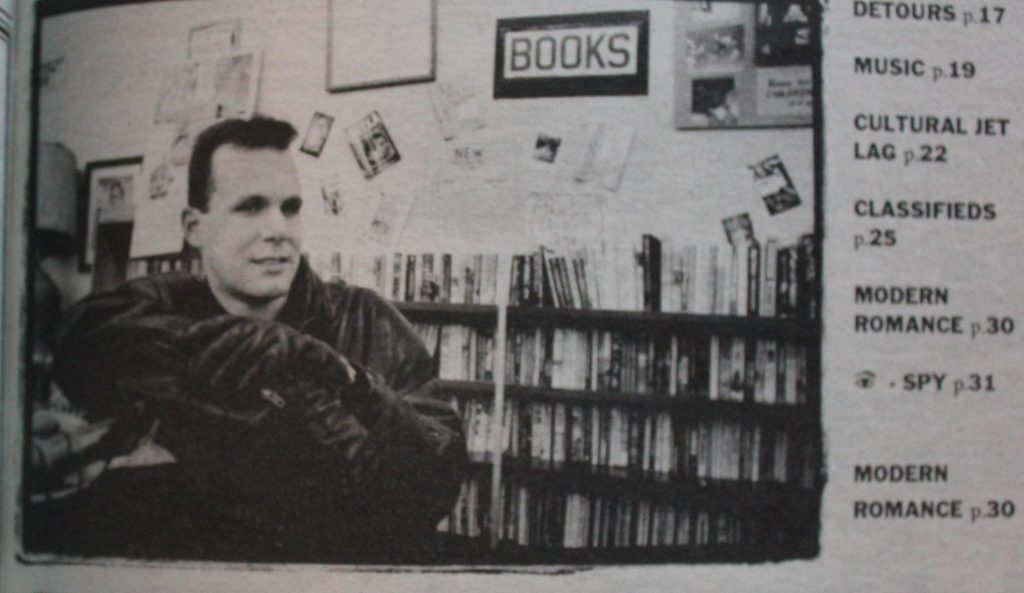 Rodi photographed for the 1992 Newcity article.

In the meantime, the most convincing argument that gay people have been thoroughly mainstreamed is, for me, my own story. For a decade-and-a-half after my Newcity profile, “gay novelist” was my brand; and you’ll have to excuse me for confessing that it often rankled. An admirer who says, “You’re my favorite gay novelist,” is paying a qualified, almost backhanded compliment—along the lines of, “You’re my favorite Jewish composer,” or “You’re my favorite woman architect.”

But the gradual loss of publishing’s monopoly on gay stories—as movies and TV, finally heeding the smell of cash wafting from gay pockets, swarmed into the fray—meant that the brand I wore so uncomfortably soon lost its currency. My last traditionally published novel about Chicago-based gay life was “When You Were Me” in 2007—by which time I’d already stepped into other literary arenas, including scripting comic books for Vertigo and Marvel. In 2009 I jumped saddles from fiction to nonfiction, publishing first a memoir of my year on the canine agility circuit, then two years later a deep dive into the bareback-horse race culture of Siena, Italy. Since 2015, I’ve also been the music editor for Newcity. What all these later endeavors have in common is that the profile I maintain in each of them has absolutely nothing to do with my sexuality; I’m not a gay memoirist or gay travel writer or gay music critic; I’m just the thing itself. Queerness hasn’t become on par with, say, left-handedness or red-headedness; but it’s no longer the defining component in an individual’s identity.

All to the good, of course. Though it does mean that if I ever manage to snag another cover story, I’m really going to have to goddamn earn it.