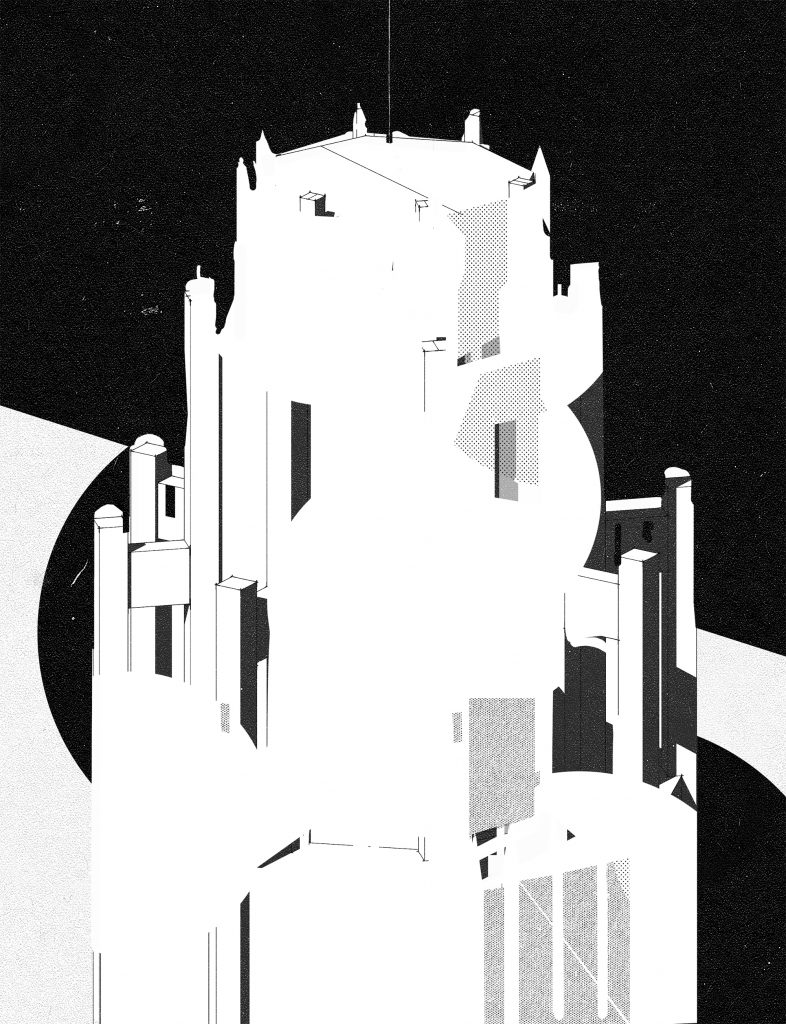 We live inside the bubble of our own lives, and those of us in this business are prone to forget that not everyone devours media with the appetite that we do. As an exercise, I looked at my own current media diet and confirmed what I suspected: I am consuming so much more information now than thirty-five years ago. I’m still reading most of the same things, but add on a flood of new sources courtesy of the flow of information via the internet.

I reached out via Facebook and asked others to complete the same survey. The results follow. Though my Facebook network, comprised of friends, family, high school classmates and virtually anyone I’ve ever connected with in my role at Newcity seemed to offer the quickest way to reach a broad demographic, the sample is clearly biased in favor of left-of-center, college-educated folks, and skews older and whiter than even my fellow Chicagoans. So I used personal connections to fill in some gaps, with varying results. Nevertheless, I found the results fascinating. (Brian Hieggelke)

Social Media Sites Visited: Facebook—less now than before due to negativity

Print Magazine Subscriptions: DIY Home because someone purchased it for me

Local Newscasts/News Programs Watched: Not since I’ve retired, my TV is off the majority of the time. As a matter of fact as I write this the TV has been off all day so far.

Cable Newscasts Watched: Currently do not subscribe to cable, I’d rather paint, read, create something etc. almost anything else than sit and watch TV

Weekly News Programs Watched: No, I stopped watching news when I started working in a Maximum Security Prison 30 years ago. Since I was already saturated 40 hrs a week in such a “negative” environment with horrendous acts and “bad news” consistently it was a choice I needed to make to be able to remain “sane” so to speak. I needed to be able to counsel inmates without bias to do my job sufficiently. I received weather updates and other pertinent information by searching specific topics on a need-to-know basis. Just a choice now not to watch and choose to do my own research based on topics that affect or interest me from unbiased sources. Any sources of negativity or “opinionated” derogatory news is just not an option I choose to entertain. I look for and focus on the positive, beautiful, beneficial sources of news, art, people, acts of kindness etc that make the world a better place for myself, my kids and grandchildren. And I seek God above all and PRAY a TON lol! lbvs

Radio News Listened To: Shine or Air One—not really news-related but they do have some news

Podcasts Listened To: None currently

Radio News Listened To: WBBM Newsradio—whenever driving in the car. 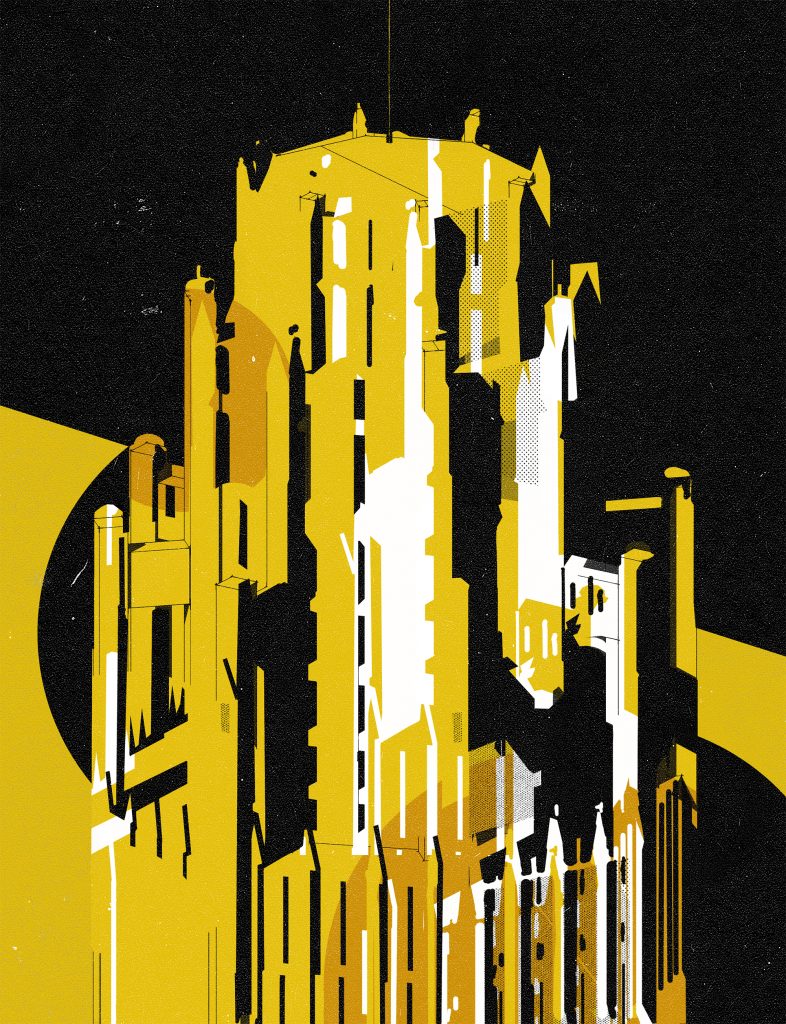 Daily Newspapers Read: I read headlines from the Chicago Tribune every day but I’m too cheap to buy a subscription. I realize I am the cause of the decline in newspaper circulation. I feel tremendous guilt. I’m eating a four-inch brownie as I write this. Just sayin’.

Print Magazine Subscriptions: I just got a subscription to National Affairs, an erudite quarterly that includes nonpartisan (is that still a thing?) essays on politics and current events. Not a single photo or ad appears in it. I feel like such an elite.

Local Newscasts/News Programs Watched: My husband and I have a standing date on Friday night: thin-crust pizza, vodka martinis, and Chicago Tonight on WTTW. (We’re middle-aged. Stop laughing.) Paris Schutz is my rogue dog and his hair looks like chocolate frosting. Did I mention that I’m eating a four-inch brownie right now? Oh, and additional shout-outs to Kimberley Agowan, Laura Washington, Heather Cherone, and Craig Dellimore. The four of them plus Paris make for one insightful half-hour of TV.

Cable Newscasts Watched: The Rachel Maddow Show. You can’t be a good liberal and not watch her. Homegirl is fighting the good fight.

Weekly News Programs Watched: Real Time with Bill Maher. Just like Rachel Maddow’s show, you can’t be a good liberal and not tune in to Bill, although I don’t always agree with him, especially his views on COVID. Many is the Friday night I’ve woken up my husband while applauding Bill or shouting, “You out yo damn mind!”

Radio News Listened To: Never have I ever.

Podcasts Listened To: Okay, so I’ve started listening to Pod Save America, but I watch it on YouTube. I love those guys. I typically watch them after I watch the daily White House press briefings with Jen Psaki, who can do no wrong.

Email Newsletters Read: None that I’m aware of.

Blogs/Websites Read: A long list. I go to Huffington Post, Politico, The Guardian, Joe. My. God., Slate, and Queerty each and every single day. Among them I feel Politico gives the best, most accurate reporting. The Guardian does fine reporting as well, but it’s become a bit of an angry uncle. Joe. My. God. is a little tabloidy but damned if it doesn’t post breaking news quicker than any other outlet. I’ve all but given up on Slate because you have to pay for the best articles, so if you want to read about the married college professor who had a drunken three-way with his wife and her half-brother you’ll have to pay up.

Social Media Sites Visited: These days I only go on Facebook to remind family and friends to vote. Other than that, social media means as much to me as a bucket of hair. Sorry folks. Read a book instead.

Other Media Sources: I’m a bookworm so I’m on Goodreads every day charting my reading progress and writing reviews. The site itself could stand a bit of an upgrade but it does the trick. I’m also a cinephile and an Oscars geek, so I visit IMDB and Awards Daily every day.

National Newscasts Watched: ABC, NBC and CNN to get updates on current events, very active during the Presidential Election. I watch after the live aired TV shows that I typically watch.

Weekly News Programs Watched: ABC7, it always comes on after my TV shows and I leave it on. I typically watch during the 10pm news before bed.

Radio News Listened To: (None listed)

Podcasts Listened To: Chicks in the Office, With Whit, LadyGang and The Morning Toast are podcasts I listen to! Mainly these podcasts are about celebrity updates/interviews but they also focus on women empowerment and so much more. I always listen to these before bed, during workouts, and even while working on homework for background noise!

Social Media Sites Visited: Some of the sites I use are Facebook, Twitter, Instagram, Snapchat and TikTok. I scroll through a lot of social media all the time. I basically do it when I’m bored, but I will say it is a great way to connect with family/friends! You can see what they have been up to or see their accomplishments. That is my favorite part about those sites, the connection aspect.

Other Media Sources: TED Talks! I learn so much from using this platform. It has really helped during my educational years and I plan to use them for the rest of my life while becoming a school counselor. These talks can update you on how our society is changing or where we need to improve as well as educate you on topics that you may have not known previously! If you can’t find a Ted Talk on their site, YouTube is a wonderful resource to find them.

Daily Newspapers Read: Wall Street Journal, though I will look into the Chicago Tribune, Sun Times, NYT, or WaPo if prompted by an email. Also read email updates daily from Bloomberg, Handelsblatt (Germany) and Spiegel (Germany). The US ones in the morning and later afternoon; the German ones come midday. But because I write business articles and books, I may hit a dozen websites on any given day in search of material. That’s why I also have online subscriptions to The Atlantic, for example.

Weekly/Biweekly Newspapers/Magazines Read: Economist and Billboard (both received in print, but often daily briefings online have me caught up already)

Local Newscasts/News Programs Watched: Fox 32 but very rarely (usually if there is a must-follow local story such as weather, school strike, etc.). I used to watch WGN when I had cable.

National Newscasts Watched: On traditional networks: usually only on Sunday mornings (CBS Sunday Morning, Meet the Press, Face the Nation in some form)

Cable Newscasts Watched: Switch between CNN and Fox News depending on issue and time of day. Preferences include Bret Baier and Neal Cavuto on FOX and Anderson Cooper on CNN, but again, depends on the issue. But we only have Roku, so no cable. When I had cable I would occasionally put on OAN purely out of curiosity, but couldn’t stand it for long.

Radio News Listened To: Rarely listen to the radio anymore, but when I do, it is WBBM news radio.

Podcasts Listened To: Don’t like them, but I will occasionally listen to Gordon Deal (WSJ, I believe)

Blogs/Websites Read: Too many to mention, because of work. But I will read sports blogs, especially about baseball. The Athletic is a great source for that.

Radio News Listened To: WBEZ and WBBM only in car 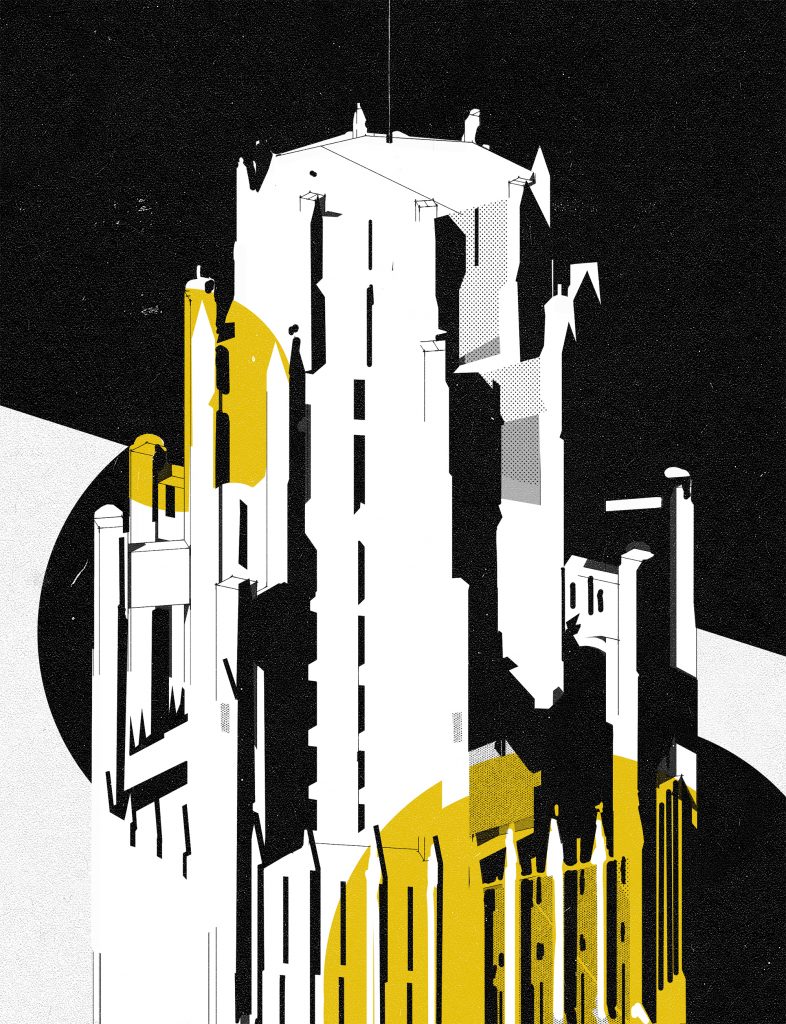 Blogs/Websites Read: I rely a lot on Google searches to keep abreast of what the media is saying regarding social and political issues. I compare the news across news outlets online.

Cable Newscasts Watched: MSNBC when I need some indoctrination from my people

Radio News Listened To: NPR on the hour, Jenn White on NPR’s 1A—there is simply no better host

Podcasts Listened To: “You Must Remember This” (I am a film historian)

Social Media Sites Visited: TikTok—stop judging me—yes I am a 59-year-old man, but the references I make in the classroom that I get from the Tok make me current or pathetic. Instagram and Facebook when I am grading and can’t look at one more bad paper.

Radio News Listened To: (None listed)

Weekly/Biweekly Newspapers/Magazines Read: I work six days a week about 10 hours, 12 hours each day, so I only read Dental or scientific journals while I’m waiting for something

National Newscasts Watched: My wife and I watch a pre-recorded version of David Muir

Cable Newscasts Watched: CNN on occasion but I feel that BBC Worldwide is the most unbiased

Weekly News Programs Watched: My wife and I like to watch Fareed Zakaria

Radio News Listened To: WBBM NewsRadio 78 mainly for traffic and weather while in the car

Podcasts Listened To: Dental or Technical ones only

Social Media Sites Visited: I do not like Facebook or Instagram, but I have had to use it extensively to get my presence known as my old office told most people I was retired, teaching full-time or in some cases very sick or dead

Other Media Sources: All university-related only for dental equilibration.

Local Newscasts/News Programs Watched: None with regularity but tune into any of Channel 2, 5 and 7 at least twice a week

Cable Newscasts Watched: While working out: Squawk on the Street (CNBC), MSNBC Live with Stephanie Ruhle

Radio News Listened To: None with regularity but if I’m driving, WBEZ

Podcasts Listened To: I listen mostly when running outside, so not right now. The Daily, TheWrap-Up, Capitalisn’t, How I Built This, IndieWire Screen Talk, the Tim Ferriss Show, This American Life