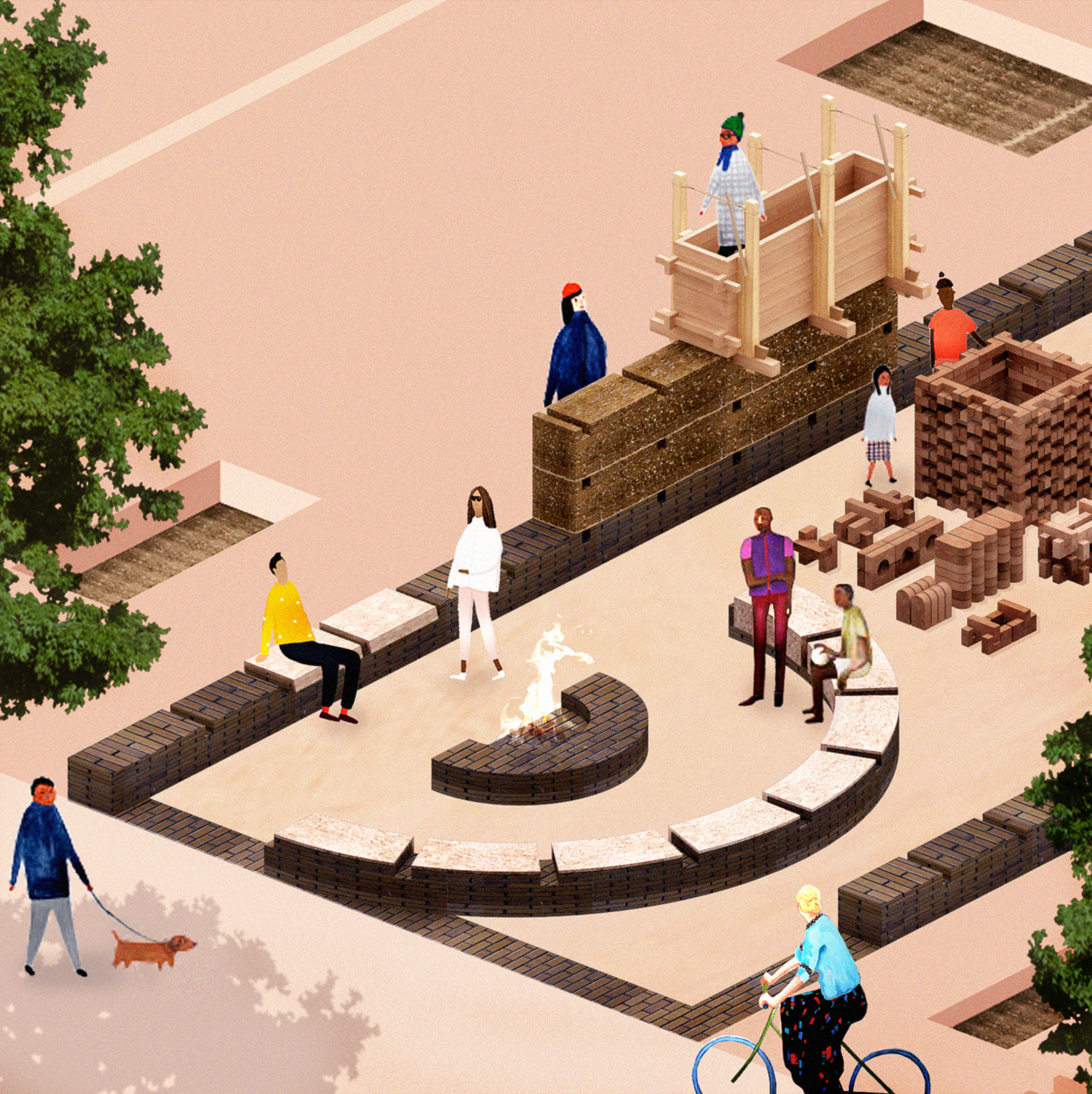 Black history on the demolition block

The Sun-Times has the history and details of Ariajo “Joanne” Tate’s fight to save the site of the historic Phyllis Wheatley Club and Home at 5128 South Michigan, which the city might order demolished as soon as next month.

“Tate’s battle to preserve the property’s history — and convert it into a public exhibit space — has gained the support of preservationists, along with Bronzeville residents who started a change.org petition, now with 2,258 signatures. The building was among the rare settlement homes founded for African-American women at a time when well-known ones like the famed Jane Addams Hull-House and the YWCA were segregated, closed to women of color, according to Preservation Chicago research.”

The 2021 Chicago Architecture Biennial announced its first project, the Danish Arts Foundation (DAF) commission “Soil Lab,” to be created in the North Lawndale neighborhood, which “will include workshops and built elements grounded in bricks, a material with significance to both the Chicago and the Danish architectural vernacular.” DAF has committed $192,000 to the project.

From the press release: “The Soil Lab project involves two main efforts: the making of structures out of bricks, rammed earth, and ceramic tiles; and the construction of spaces for communal gathering. Soil Lab is inspired by the work of Jens Jensen—a Danish-American landscape architect whose work can be seen throughout several of Chicago’s major parks—who believed in the importance of reconnecting with oneself and one’s community through nature and natural materials…

“The Soil Lab group will begin work this spring through a series of virtual conversations with North Lawndale community groups, including CCA Academy and the Young Men’s Employment Network (YMEN). Over the course of the next seven months, the design will take shape, in collaboration with local residents, near the corner of 13th and Pulaski just down the street from a permaculture food forest run with students from CCA Academy. Various proposed built elements such as benches, tables, and a gallery wall made from brick will encourage movement, interaction, pause, and conversation.”

I know a place where you can get away

Vogue has published a national guide to independent retailers with a healthy variety of Midwestern shops, everywhere from Red Shirt, South Dakota, to Minneapolis, Minnesota, which  charts with two stores. Chicago is represented by Ikram, of which the  fashion bible says, “single-handedly put America’s Second City on the fashion map.”

Make no small pandemic plans either

Solomon Cordwell Buenz is the architect behind a colossal West Loop announcement seeking zoning approval. Pacific Reach Properties plans two towers at 601 West Monroe, one of forty and one of forty-seven stories, for a total of more than 1,000 apartments at a cost of $300 million.

As theaters reopen, this one closes for good

Evanston Century 12/Cinemark, that city’s sole downtown multiplex, is not going to reopen at all, thanks to a lease-termination battle that went in operator Cinemark’s favor and against Evanston’s cinema lovers.

Just as it’s finally about to reopen, the Music Box Theatre found its Twitter account suspended over a four-year-old music copyright issue. Fortunately, it expects to be back on the social media service by Friday, its reopening day.

A Southwest suburban pizza restaurant owner, Michael Papandrea of Parmesans Wood Stone Pizza in Frankfort, is being sued by eight women who say he made up-skirt films of them using hidden shoe cameras.

Show me the money

The Chicago Tribune checked in with local venues like Metro and Music Box and found out federal government’s “Shuttered Venue Operators” grants program, a lifeline included in late 2020’s pandemic rescue plan, is not even taking applications yet.

“’Open the program,’ said Joe Shanahan, owner of Chicago music clubs Metro and Smart Bar and a founding member of the Chicago Independent Venue League, which was part of the nationwide lobbying effort that got the relief package passed into law. ‘The law was passed in December. January goes by. Okay, we all get that, change of (presidential) administration, I’m empathetic. But now we’re closing in on the end of February.'”

What about Second City, though?

Rep. Marcus Evans, Jr, a South Side state representative, introduced a bill to ban the sale of Grand Theft Auto and other violent video games, in a gambit to stem the outbreak of video-game-style carjackings. Ironically, GTA is a sister operation now to famed comedy center Second City, after ZMC, a private-equity company run by the CEO of the game’s parent company, bought the Chicago institution last week.

From the Sun-Times: “Evans had been contacted in January by Early Walker, who started Operation Safe Pump to prevent carjackings at gas stations and shopping centers. Safe Pump positions security guards from the Kates Detective and Security Agency in areas with high numbers of carjackings. ‘The bill would prohibit the sale of some of these games that promote the activities that we’re suffering from in our communities.’ Evans said. Walker said he reached out to several state legislators to ban the video game after noticing similarities in local incidents of carjackings and actions players can make in the video game.”