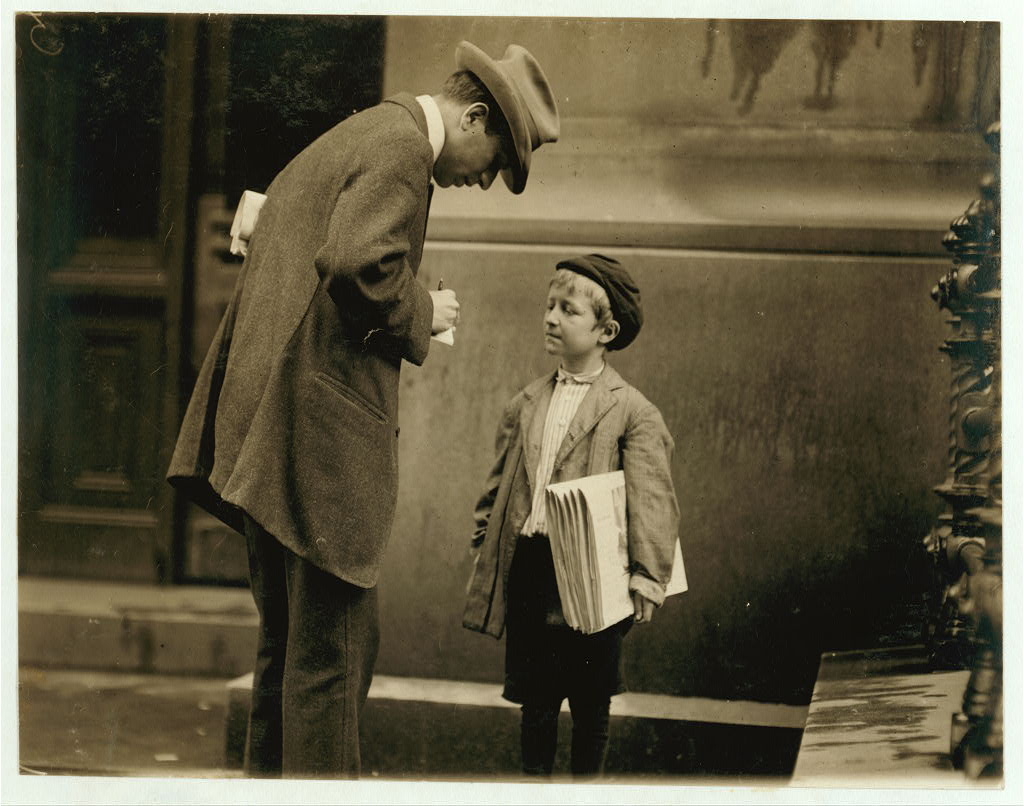 The Alden Global Capital hedge fund is buying Tribune Publishing, including its flagship newspaper, the Chicago Tribune. Some people familiar with Alden’s history of slashing newsroom staffs fear the 173-year-old Tribune will never be the same. Here’s a look at the paper’s major impact over the years, featuring both brilliant highlights and excruciating lowlights:

1. The Trib rewrote the Constitution.

The Tribune deserves partial credit for the Seventeenth Amendment to the U.S. Constitution. Originally, senators were chosen by state legislatures, not directly by the people. And in 1909 a Chicago crook named William “The Blond Boss” Lorimer bribed his way into office. But a Tribune investigation exposed the scheme, a congressional investigation followed, and Lorimer was expelled. The scandal was a major impetus for the Seventeenth Amendment, requiring direct election of senators.

2. The Trib was a political player.

The Tribune helped get Abraham Lincoln elected, and when Richard Nixon’s crimes became apparent, the diehard Republican newspaper called on him to resign or be impeached, a move that some historians think hastened his departure. The Trib weighed in on foreign politics, too. In an editorial in 1928, the newspaper praised Italian dictator Benito Mussolini’s fascists after a crackdown on the mafia. “We can use that sort of government here,” the editorial said.

3. The Trib was an early adopter.

Tribune sports editor Arch Ward created baseball’s All-Star Game, which was supposed to be a one-time thing in 1933 but proved so successful that it’s still happening today. A spirit of innovation has been a signature of the newspaper. If you took an ocean liner across the Atlantic in the 1920s, you could read the latest news in the Tribune, which sent its stories by radio signal to ships that were equipped with printing presses. That same decade, the Tribune bought a radio station and called it WGN (for “World’s Greatest Newspaper”). It also jumped on the emergence of commercial television with WGN-TV in the 1940s. publisher Robert McCormick was an early promoter of another new technology: the fax. And the Tribune owned about ten percent of America Online in the 1990s, back when AOL was a big deal.

After the Battle of Midway in World War II, the Tribune revealed that the U.S. military knew the Japanese fleet’s plans beforehand. The story didn’t say explicitly that U.S. intelligence had cracked the Japanese code, but it suggested it enough that the White House was infuriated. A federal grand jury even considered bringing up the Tribune on charges. The Tribune had many major exclusives over the years. In 1919, it revealed the contents of the post-war Treaty of Versailles before they were announced. The newspaper’s headline was not subtle: “TRIBUNE HAS TREATY.” Much more recently, it first revealed that federal investigators were secretly recording then-Gov. Rod Blagojevich and that the city’s red-light camera contract was the result of bribery. Of course, sometimes a newspaper can be too well-sourced. Reporter Jake Lingle got plenty of scoops, but after he was shot dead in 1930, it became apparent that he got news about organized crime because he was an organized criminal.

The worst embarrassment in Tribune history was its erroneous “Dewey Defeats Truman” headline in 1948. Because its printers were on strike, the Tribune had to start its presses early. So it asked Washington bureau chief Arthur Sears Henning for guidance on Election Night, and he was confident that Thomas Dewey would defeat Harry Truman. Henning wrote a story saying Dewey was winning “pretty consistently” in western states even though it was too early for any meaningful western returns to be counted. The Trib might have escaped with short-lived ridicule, but two days after the election, Truman posed for photographers with a copy of the erroneous front page. When Henning died in 1966, the Tribune’s fifty-three-paragraph obituary made no mention of the “Dewey Defeats Truman” fiasco. But it did include this sentence: “In his long service, he scored many scoops.”

The Tribune’s history is filled with hostility toward organized labor and other efforts to empower the poor and working class. In 1877, it went even further, seeming to endorse the idea of poisoning the homeless. The suggestion, made by an unnamed reader and enthusiastically shared by the Tribune, was to “put a little strychnine or arsenic in the meat and other supplies furnished the tramp” so that their deaths would serve as “a warning to other tramps to keep out of the neighborhood.”

7. The Trib was hard on people of color.

Tribune archives include many shameful examples of the mistreatment of Blacks and other minority groups. Perhaps the paper’s biggest embarrassment after “Dewey Defeats Truman” came in the wake of the police raid that killed Black Panther activists Fred Hampton and Mark Clark in 1969. The Tribune ran photos supplied by the state’s attorney that supposedly showed bullet holes from the Panthers’ gunshots, suggesting that the incident was a gunfight instead of what it really was—a police assassination. The rival Chicago Sun-Times blew up the Tribune’s story by revealing that the “bullet holes” were actually nail heads. Another example of racist coverage was a 1917 editorial headlined “BLACK MAN, STAY SOUTH!” that used the n-word and said Blacks were unwelcome up north. And a 1938 story about Black murder suspect Robert Nixon likened him to a “jungle beast” and said, “He has none of the charm of speech or manner that is characteristic of so many southern darkies.” The Robert Nixon case, and newspaper coverage of it, inspired Richard Wright’s novel “Native Son.”

8. The Trib artfully covered the arts.

Arts and entertainment was long a strength of the Tribune. “We believe John Wilkes Booth will be as good a ‘Hamlet’ as ever walked the stage,” the Tribune wrote in 1862, three years before the actor assassinated Lincoln. The Trib covered movies with enthusiasm but also anonymity: For decades in the early twentieth century, many movie reviews carried the byline “Mae Tinee,” a play on the word “matinee.” Architecture was a particular strength of the newspaper, featuring Pulitzer winners Blair Kamin and Paul Gapp, both of whom got into tussles with Donald Trump. After Kamin criticized the large “TRUMP” sign on Trump Tower in 2014, the future president denounced him as a “third-rate architectural critic” and suggested he was fired when, in fact, he was on leave from the Tribune on a prestigious Harvard fellowship. After Gapp criticized Trump’s idea for a super-tall Manhattan building in 1984, Trump sued the Tribune for $500 million. A judge dismissed the case.

9. The Trib tinkered with the language.

10. The Trib traveled the world.

The Tribune’s foreign correspondents were legendary. Two-time Pulitzer winner Paul Salopek, who left the paper in 2009, is eight years into his “Out of Eden Walk” from Africa to South America, a planned 21,000-mile trek on foot. William Shirer, who wrote the acclaimed “Rise and Fall of the Third Reich,” was once ordered by publisher Robert McCormick to go to Cantigny, France, to look for a pair of binoculars that McCormick had left in a barn nine years earlier. Shirer didn’t find them. During Italy’s invasion of Ethiopia in the 1930s, correspondent Will Barber was ordered to Africa but cabled Chicago that it would take two weeks to get his inoculations against African diseases. “Are you a historian or a newspaper-man?” McCormick responded, prodding him to go without getting all his shots. Barber did, caught a disease and died. But don’t be too hard on McCormick. The disease was malaria, and there wasn’t a shot for that anyway.