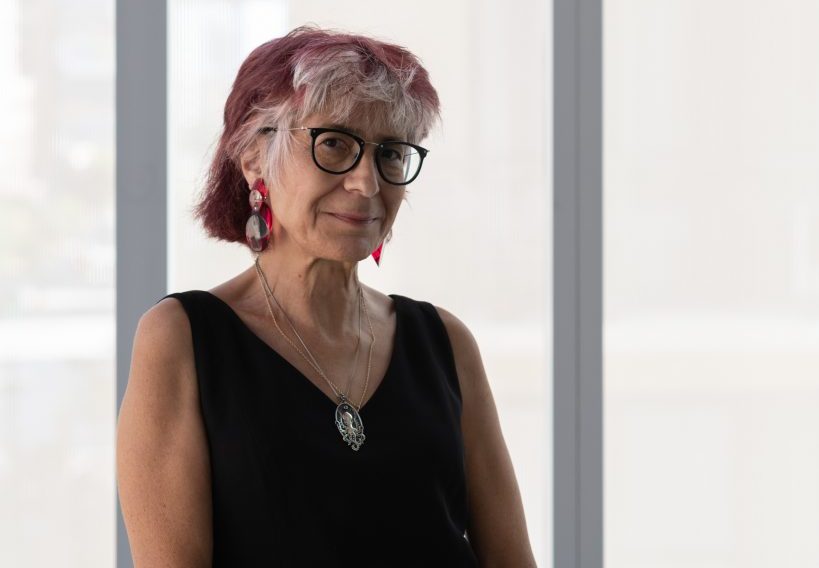 Golem Girl on the go

Artist and memoirist Riva Lehrer gets the full Sunday profile from the Tribune’s Christopher Borelli.

“‘What Riva has been doing for many years, in many ways, is having a conversation with some of our earliest images of disability,’ said Rosemarie Harland-Thomson, a key voice in disability justice, as well as co-director of the Disability Studies Initiative at Emory University in Georgia. ‘She’s done nothing less than retell the story of disability.’ Still, Lehrer assumed that by now, decades after she started, there would be more images of disability in galleries and museums, and no. She’s usually the exception, not the rule.”

The iconic chronicle of Black America, Ebony, relaunches today as a digital publication, albeit no longer based in Chicago, where its Michigan Avenue headquarters are now luxury apartments. However, the in-the-works documentary “The Empire of Ebony” will ooze Chicago details as it charts the rise of the company, which took John Johnson from borrowing $500 to launch the magazine to a perch on the Forbes 400. Johnson’s daughter, Linda Johnson Rice is executive producing; also among the EPs are Chicagoans Steve Cohen and Paula Froehle, who lead Chicago Media Project, an investor in the film.

The Tribune’s Michael Phillips talked to several possible suitors for Evanston’s now shuttered Cinemark multiplex, and was surprised to hear that owners of the Music Box Theatre, the Davis Theater, the New 400 Theaters and Classic Cinemas are all interested in taking over the space.

“’If any place is going to have theaters that can survive and thrive, it’s a place like Evanston,’ said Music Box Theatre and Music Box Films President William Schopf on Thursday. ‘They lean progressive, they’re proud of their diversity, they support culture and the movies. It’s the same audience as we have at the Music Box.'”

Bill Becker, the lawyer who helped Oprah Winfrey build her empire, has died at the age of seventy-eight.

The Illinois Restaurant Association named Sam Sanchez as its new chairman of the board, the first Mexican-American in the role, at its annual meeting. Sanchez is the founder of Third Coast Hospitality Group (John Barleycorn, Moe’s Cantina, Old Crow Smokehouse).

Accountability for a Poet

Roger Bonair-Agard has been accused of rape and sexual assault in a series of public posts, including by his former employer Free Write Arts & Literacy and by 2017 Newcity writer-of-the-moment, poet Fatimah Asghar.

The Tribune’s Christopher Borelli did a Q&A with Adam Morgan—who’s moved back to North Carolina—about his newly launched wiki, Chicago Literary Archive.

“I thought about an archive, because I collect books on Chicago and from Chicago authors and I have done a lot of research on its literature, and while everyone knows about Gwendolyn Brooks and Studs Terkel and Saul Bellow, there are hundreds of authors and books we should know more. But a lot of what was published here before World War II has fallen out of print. You can’t even find a lot of information on a lot of what was published in Chicago before then. So why not ask others? My knowledge is incomplete. By starting a website I hoped that scholars and readers might fill in the large gaps.”

Mayor Lori Lightfoot set off a frenzy of speculation Friday when she put out a statement saying the city was preparing for the possibility of summer events. Taste of Chicago? Blues Fest? Lollapalooza’s owner LiveNation has already been given the go-ahead for a late June festival in the UK and quickly sold out the 100,000 tickets it put on sale.

Theater critic Chris Jones takes a look at “Immersive Van Gogh” as a live spectacle akin to a Broadway show and interviews its Toronto-based producer about its creation. Oh, and he reveals that the show has already sold an astonishing 150,000 tickets.