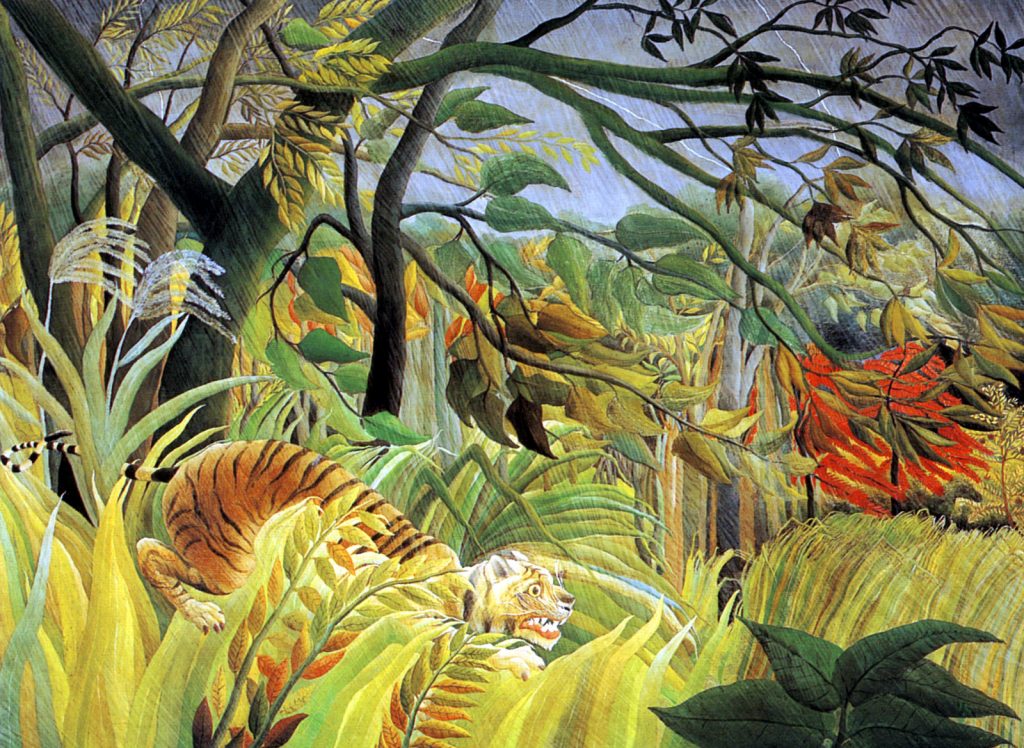 ARIES (March 21-April 19): Artist Richard Kehl tells this traditional Jewish story: God said to Abraham, “But for me, you would not be here.” Abraham answered, “I know that Lord, but were I not here there would be no one to think about you.” I’m bringing this tale to your attention, dear Aries, because I think the coming weeks will be a favorable time to summon a comparable cheekiness with authorities, including even the Divine Wow Herself. So I invite you to consider the possibility of being sassy, saucy and bold. Risk being an articulate maverick with a point of view that the honchos and experts should entertain.

TAURUS (April 20-May 20): Spiritual author Ernest Holmes wrote, “True imagination is not fanciful daydreaming. it is fire from heaven.” Unfortunately, however, many people do indeed regard imagination as mostly just a source of fanciful daydreaming. And it is also true that when our imaginations are lazy and out of control, when they conjure delusional fears and worries, they can be debilitating. I bring this to your attention, Taurus, because I believe the coming weeks will be a favorable time for you to harness the highest powers of your imagination—to channel the fire from heaven—as you visualize all the wonderful and interesting things you want to do with your life in the next nine months.

GEMINI (May 21-June 20): “I’m always waiting for a door to open in a wall without doors,” wrote Gemini author Fernando Pessoa. Huh? Pessoa was consistently eccentric in his many writings, and I find this particular statement especially odd. I’m going to alter it so it makes more sense and fits your current needs. Here’s your motto for the coming weeks: “I’m always ready to figure out how to make a new door in a wall without doors, and call on all necessary help to make it.”

CANCER (June 21-July 22): You can’t drive to the Kamchatka Peninsula. It’s a 104,000-square-mile area with a sub-Arctic climate in the far east of Russia. No roads connect it to the rest of the world. Its major city, Petropavlovsk-Kamchatsky, is surrounded by volcanoes. If you want to travel there, you must arrive by plane or ship. And yet Petropavlovsk-Kamchatsky has long had a thriving tourist industry. More so before the pandemic, but even now, outsiders have come to paraglide, hunt for bears, and marvel at the scenery. In this horoscope, I am making an outlandish metaphorical comparison of you to the Kamchatka Peninsula. Like that land, people sometimes find it a challenge to reach you. And yet when they do, you can be quite welcoming. Is this a problem? Maybe, maybe not. What do you think? Now is a good time to re-evaluate.

LEO (July 23-Aug. 22): Biting midges, also known as no-see-ums, are blood-sucking flies that spread various diseases. Yuck, right? Wouldn’t the world be a better place if we used science to kill off all biting midges everywhere? Well, there would be a disappointing trade-off if we did. The creepy bugs are the primary pollinators for several crops grown in the tropics, including cacao. So if we got rid of the no-see-ums, there’d probably be no more chocolate. I’m guessing that you may be dealing with a comparable dilemma, Leo: an influence that has both a downside and an upside. The central question is: Can you be all you want to be without it in your life? Or not? Now is a good time to ponder the best way to shape your future relationship.

VIRGO (Aug. 23-Sept. 22): According to my analysis of your imminent astrological potentials, you already are or will soon be floating and whirling and churning along on an ocean of emotion. In other words, you will be experiencing more feelings and stronger feelings than you have in quite some time. This doesn’t have to be a problem as long as you do the following: 1. Be proud and appreciative about being able to feel so much. 2. Since only a small percentage of your feelings need to be translated into practical actions, don’t take them too seriously. 3. Enjoy the ride!

LIBRA (Sept. 23-Oct. 22): Poet Wendell Berry says “it’s the immemorial feelings” he likes best: “hunger and thirst and their satisfaction; work-weariness and earned rest; the falling again from loneliness to love.” Notice that he doesn’t merely love the gratification that comes from quenching his hunger and thirst. The hunger and thirst are themselves essential components of his joy. Work-weariness and loneliness are not simply inconvenient discomforts that he’d rather live without. He celebrates them, as well. I think his way of thinking is especially worthy of your imitation in the next three weeks.

SCORPIO (Oct. 23-Nov. 21): Famous and influential science fiction novelist Philip K. Dick relied on amphetamines to fuel his first forty-three novels. Beginning with “A Scanner Darkly,” his forty-fourth, he did without his favorite drug. It wasn’t his best book, but it was far from his worst. It sold well and was made into a movie featuring Keanu Reeves, Robert Downey Jr. and two other celebrity actors. Inspired by Dick’s success without relying on his dependency—and in accordance with current astrological omens—I’m inviting you to try doing without one of your addictions or compulsions or obsessions as you work on your labor of love.

SAGITTARIUS (Nov. 22-Dec. 21): Ninety percent of all apples in the world are descended from a forest of apple trees in southeast Kazakhstan. Most of us have tasted just a few types of apples, but there’s a much wider assortment of flavors in that natural wonderland. You know how wine is described as having taste notes and aromas? The apple flavor of Kazakhstan’s apples may be tinged with hints of roses, strawberries, anise, pineapples, coconuts, lemon peels, pears, potatoes or popcorn. Can you imagine traveling to that forest and exploring a far more complex and nuanced relationship with a commonplace food? During the coming weeks, I invite you to experiment with arousing metaphorically similar experiences. In what old familiar persons, places,or things could you find a surprising wealth of previously unexplored depth and variety?

CAPRICORN (Dec. 22-Jan. 19): Author Andrew Tilin testified that he sometimes had the feeling that his life was in pieces—but then realized that most of the pieces were good and interesting. So his sense of being a mess of unassembled puzzle parts gave way to a deeper contentment—an understanding that the jumble was just fine the way it was. I recommend you cultivate and enjoy an experience like that in the coming weeks, Capricorn.

AQUARIUS (Jan. 20-Feb. 18): Indian poet Meena Alexander (1951–2018) was born under the sign of Aquarius. She became famous after she moved to the United States at age twenty-nine, but was raised in India and the Sudan. In her poem “Where Do You Come From?,” she wrote, “Mama beat me when I was a child for stealing honey from a honey pot.” I’m sorry to hear she was treated so badly for enjoying herself. She wasn’t committing a crime! The honey belonged to her family, and her family had plenty of money to buy more honey. This vignette is my way of advising you, in accordance with astrological omens, to carry out your personal version of “stealing the honey from the honeypot,” dear Aquarius. Take what’s rightfully yours.

PISCES (Feb. 19-March 20): The bad news is that the narrow buffer zone between North Korea and South Korea is laced with landmines. Anyone who walks there is at risk for getting blown up. The good news is that because people avoid the place, it has become an unprecedented nature preserve—a wildlife refuge where endangered species like the red-crowned crane and Korean fox can thrive. In the coming weeks and months, I’d love to see you engage in a comparable project, Pisces: finding a benevolent use for a previously taboo or wasted part of your life.

Homework: If you have a question whose answer might be interesting to other readers, send it. Maybe I’ll address it in the column. [email protected]