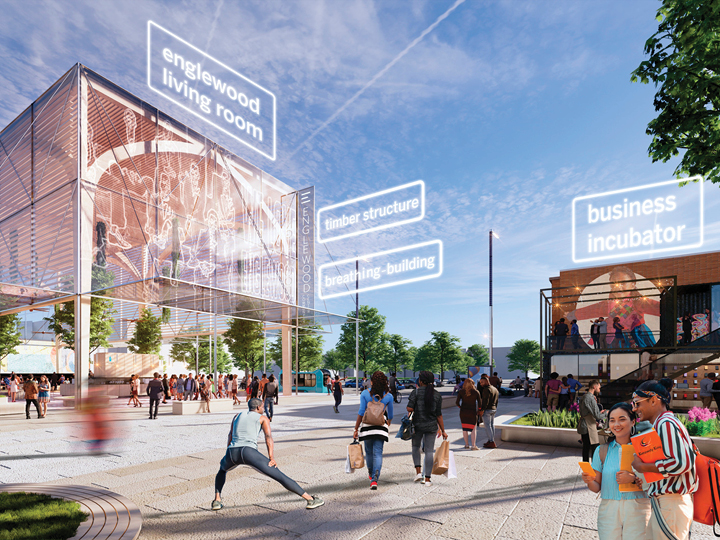 Lily Wachowski of “Matrix” fame is joining the newly formed OTV Studio, a for-profit spinoff of OTV/Open Television, cofounded by 2017 Newcity “Film Leader of the Moment” Aymar Jean Christian, as a creative advisor and strategic partner. Wachowski talked to Deadline about the new alliance.

“‘As a queer trans woman, I am acutely aware of the multitude of forces seen and unseen that have kept me on this Earth,’ said Wachowski. ‘The folks that kept me afloat with their support and love. The artists that inspired me and the women, queer and trans folks that carved out paths that I could follow. I want to be that for other folks: trans and nonbinary folks, queer folks, Black and Brown folks.'”

Are suppliers the forgotten casualty of the pandemic?

Eater has a deep dive into the devastating effects on the restaurant ecosystem, penned by Newcity contributor Rebecca Holland. For example, she writes “At Cosmopolitan Linens, which provides aprons, tablecloths, and cloth napkins to restaurants, business is down 75 to 80 percent of what it would normally be this time of year.”

South Side ups its culinary game

The city of Chicago announced winners of INVEST South/West development projects, and in one of them, an old firehouse in Englewood will be transformed into an “eco-food hub” as the second phase of the Englewood Square shopping center. According to the city, the hub “will establish culinary-related uses that empower, employ and feed local residents. The project will adaptively reuse the landmark Green Street fire station as a commercial kitchen, establish a business incubator to train start-up businesses, create a community ‘living room’ for local events, and repurpose vacant land with hoop houses that provide year-round farming operations. A public plaza will serve as its focal point. Later phases will include a flexible market space and an event center.”

Will the practice of restaurant servers being largely compensated by tips survive the pandemic? Not according to the owners surveyed by the Tribune in this story.

Back to Mango Street

The Chicago Literary Hall of Fame (CLHOF) honors Sandra Cisneros with its Fuller Award for lifetime achievement, in a virtual event at 7pm on Saturday, March 13. Rick Kogan has the story for the Tribune. Get free advance tickets at the CLHOF website.

The ongoing crisis at Young Chicago Authors, precipitated by leadership mishandling of a sexual assault situation on its staff, resulted in the postponement of its annual Louder than a Bomb festival, from March 13 to late spring.

Another winner of the city of Chicago’s INVEST South/West development projects just announced includes a blues museum in the Austin neighborhood in a mixed-use development in the old Laramie Bank building. According to the city, “the proposed $37.5 million project will renovate the landmark structure with commercial uses that include a blues museum, bank branch, café, and business incubator. The adjacent land will be redeveloped with a mixed-income, multi-story rental building that includes a green roof, public plaza, social spaces, and outdoor art.”

The Clipper will sail again

Block Club Chicago reports that landlord Gino Battaglia is close to signing a new operator for the California Clipper, the beloved Humboldt Park bar and live music venue, who will keep it intact in its present historical form.

Hey Playbill, what does it pay?

Chicago-based On Our Team and Costume Professionals for Wage Equity sent a letter to Playbill calling for pay transparency on its job listings site. According to the coalition, Playbill is the last major theater industry job site to do so. From the press release announcing the action:

“‘Currently, Playbill allows job postings to list no or vague pay information including: ‘TBD,’ ‘Depending on Experience,’ and ‘Competitive Salary,’ ambiguous terms that enable pay disparities based on gender, race, ability, and other biases. Requiring a clear rate of pay for all jobs listed on Playbill’s popular job site will promote pay transparency, help to reduce pay gaps based on biases, and combat deeply rooted pay inequity that subsidizes the industry and undermines the field’s potential diversity, sustainability, and artistic vitality,’ says Elizabeth Wislar, co-founder of Costume Professionals for Wage Equity.”