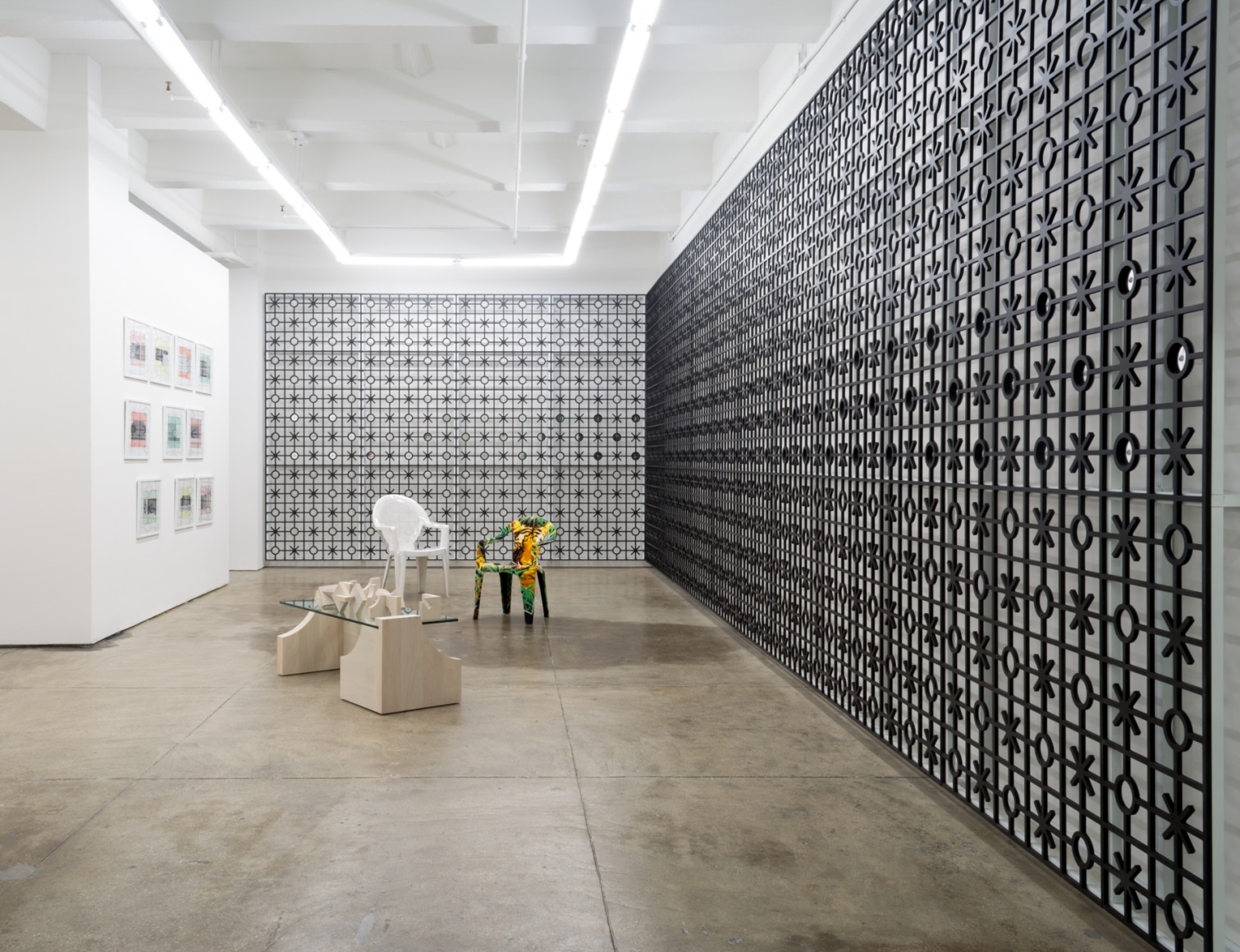 SAIC prof and Milwaukee resident Michelle Grabner has a show up at James Cohan gallery’s 291 Grand Street location, in person and virtually, through April 3. She’s doing a lunchtime conversation today (March 12) at noon Chicago time. Meanwhile, 2016 Newcity Artist of the Moment Edra Soto is up at Morgan Lehman, 526 W. 26th, with “Casas-Islas | Houses-Islands,” through May 8.

The WNDR of Keith Haring

Keith Haring’s “Untitled (FDR NY) #23 and #24” is on display at Chicago’s WNDR Museum, the “ever-evolving, immersive art and technology experience” at 1130 West Monroe. Haring created the original mural on an existing 300-foot fence along New York City’s FDR Drive; the WNDR has a forty-inch-by-204-inch set of two metal panels.

Amanda Williams, 2016 Newcity Designer of the Moment, is prominently featured in the new show at New York’s Museum of Modern Art, “Reconstructions: Architecture and Blackness in America,” through May 31. Michael Kimmelman of the New York Times conducted a roundtable Zoom interview of four of the show’s participants, including Williams.

Williams: “The word inclusion makes my skin crawl, because in a context like this it implies tolerance: tolerating Black people, tolerating a monolithic idea of Blackness. Instead of inclusion I prefer collectivity, the sharing of things — power, vision, access — which is not the typical mindset of institutions like MoMA and of people in positions of privilege and power, who tend to be straight, white and male.”

Why do you think they call it fast fashion?

Forever 21 might have 23 skidoo’d from State Street, but Irish fast fashion retailer Primark has stepped in, taking over the old Old Navy building at 35 North State for its twelfth U.S. location, featuring an NBA collab. They opened yesterday, but they can’t count on Mickey Mouse as a customer for long, since Disney just announced the demise of its State Street store across the street.

Chef Nikolaos Kapernaros has joined Avli on the Park, the latest iteration of the rapidly growing “inspired Greek” restaurant group, due to open in April in Lakeshore East (180 North Field Boulevard). A native of Piraeus, Greece, Kapernaros boasts a fair bit of high-end hotel experience, named one of the eleven best Hyatt Chefs from the U.S. But it’s his past tenure as head chef for such musicians as Bon Jovi, Foo Fighters, Jennifer Lopez and Kylie Minogue that stands out.

Longtime music director “and the heart of 93XRT,” John Farneda died of pancreatic and liver cancer at the age of fifty-nine. Lin Brehmer and Terri Hemmert of WXRT posted reminiscences on the station’s website.

Hemmert: “Just before he was diagnosed with cancer, I saw a carry-on bag in his office. I asked where he was going. After work he was flying to NYC for one night to say goodbye to a friend in the industry who was in her last days of her battle with cancer. When I was home after cancer surgery, he came and slept on my couch, made me breakfast, kept me company, and put lotion on my feet. That is true love. “

Attorney and former Smashing Pumpkins manager Melissa Matuzak died of bile duct cancer at the age of fifty-one. According to the Sun-Times, “in her off hours, Ms. Matuzak sang in the band The Drawers and kept bees at her West Side home. She and her husband Joe Vanderstappen gave away the honey under the label ‘K-Town Honey.'”