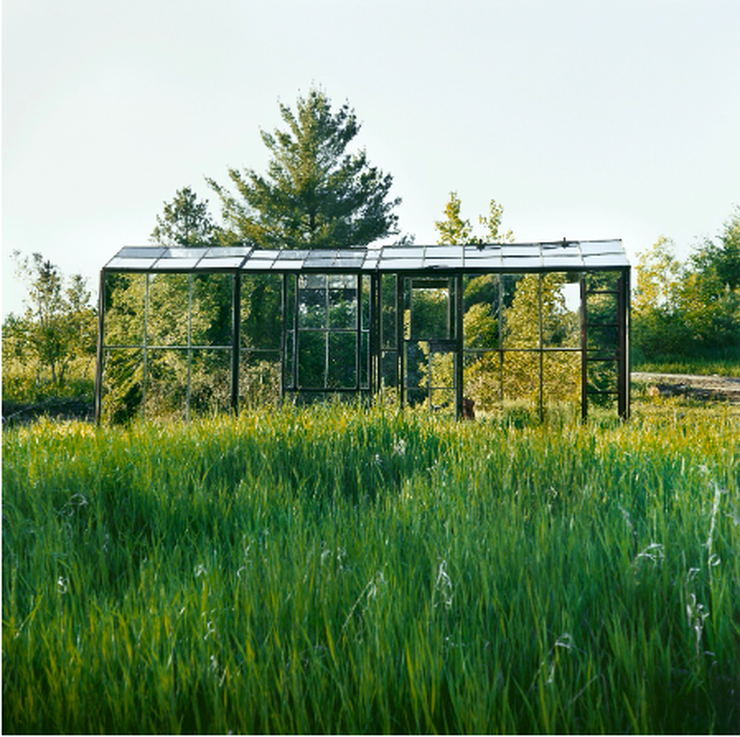 Rob Fischer has joined the roster of Aspect/Ratio artists. From the gallery:

“An American multimedia artist living in Brooklyn, New York, Fischer is best known for his evocative sculptures. His practice includes sculpture, large-scale public and private installations, photography and video that is often inspired by, and created out of, discarded or repurposed materials such as floorboards, dumpsters, cars, and found bits of architectural debris. The results are formally beautiful works that can evoke modest, abandoned structures, yet tell a story of an American industrial past that has been uncannily crossed with a spirit of utopian inventiveness, ever in flux.”

Changing of the USA guard

2017 Newcity Art Leader of the Moment Deana Haggag is stepping down as president and CEO of United States Artists to join the Andrew W. Mellon Foundation as a program officer in arts and culture. While the board searches for a new leader of the Chicago-based arts funding organization, Jamie Bennett, former head of the NEA under President Obama, will step in as interim CEO.

The fallout at the Museum of Contemporary Art precipitated by recent layoffs escalated at the end of last week when a group of artists submitted a letter of demands to director Madeleine Grynsztejn at a meeting and then issued a press release on Friday announcing they were withdrawing their work from “The Long Dream” exhibition. The letter counts fifty-seven artists withdrawing their work, including the members of the collective “Quarantine Times”; according to Artnet, the MCA counts them as six artists and one collective. (The document places asterisks to note names of the collective members.)

Chicago’s Mariane Ibrahim is planning to open a location in Paris in September with a continuing focus on art from the African diaspora. According to Artnews, “Ibrahim said she hopes to develop a dialogue between the ways that such artists’ work is regarded in her home base of Chicago and her new outpost in Paris. ‘I want to bring Chicago to Paris,’ she said, ‘and Paris to Chicago.'”

The Reva and David Logan Foundation has cut its funding of Young Chicago Authors and Free Write Arts & Literacy, two organizations in tumult over their handling of sexual assault allegations. According to the Tribune, the foundation provided nearly ten percent of YCA’s annual budget.

Legendary Chicago entrepreneur and nightclub impresario Herman Roberts died at the end of January; the Sun-Times published his obituary yesterday.

From the Chicago Crusader obit of February 5: “In 1954, he opened the Roberts Show Club, a venue that drew famous Black entertainers such as Count Basie, Sarah Vaughn and Sammy Davis Jr. The club also helped launch the careers of Redd Foxx, Della Reese, George Kirby and comedian Dick Gregory. At one of Roberts’ clubs, Playboy founder Hugh Hefner discovered Gregory and the rest is history.”

Legendary chef Rick Bayless is increasing his support of Chicago theater through his foundation, offering a dozen companies grants of $25,000 each to help them with live performances.

“‘From the very beginning, from the very first interview and even in my first proposal, I told them who I was,’ says Shelley. ‘Which is an artist, a woman who is passionate about diversity and inclusivity, and passionate about a global experience, because that is my perspective. That is where I will be drawing my inspiration from. And from the beginning they said, “Yes, we see you and we are interested in that vision.”‘”