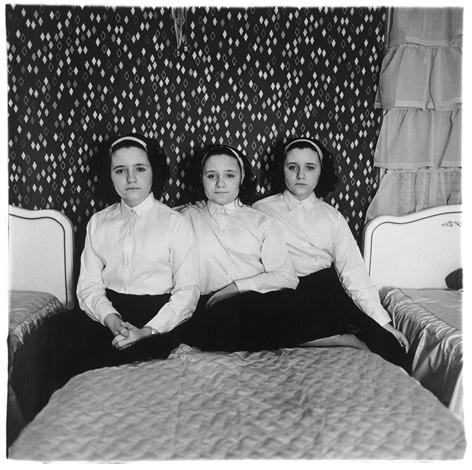 Is Glencoe the new gallery district?

Alan Koppel is opening a satellite gallery, Alan Koppel Gallery-North, at 342 Park Avenue in Glencoe with “Diane Arbus: A Secret about a Secret,” April 1 – May 8.

The Tribune looks at the federal legislation introduced last month to make Bronzeville a National Heritage Area, and “pump $10 million into preserving its remaining buildings and traditions.” It would join two other sites in the state, the Abraham Lincoln National Heritage Area and the Illinois and Michigan Canal.

City Council approved funds to develop a campground, along with other amenities, at 300-acre Big Marsh Park.

City Council’s Zoning Committee approved the $30 million Surge esports arena at 2601 South Wabash. It will be a video-gaming stadium for ticketed esports events, along with restaurants.

The Tribune’s Michael Phillips talks to Loyola associate professor Elizabeth Coffman about the journey to bring “Flannery,” the film she co-directed about the writer Flannery O’Connor, onto screens, culminating in the PBS Series “American Masters.”

“The work, says Coffman, was managed in between Loyola commitments, ‘over weekends and summers and holidays,’ though she adds, chuckling, that ‘I suppose I had a hard time letting it go. That’s probably a problem I have.'”

Will Greektown make it?

It’s been a tough decade for Greektown, dating back to the fire that destroyed a block including Costa’s Greek Dining and Bar in 2010, and through this year, with the death of its bard, Harry Mark Petrakis and now the news that another of its diminishing number of restaurants, thirty-one-year-old Santorini, would not reopen. One bright light is the newish presence of the  National Hellenic Museum, which opened in 2011.

The newspaper guilds that represent the publications owned by Tribune Publishing are collecting signatures in opposition to Alden Global Capital’s takeover of the company. It starts: “Our local newspapers are under attack. We’re looking for some civic-minded individuals to help save American democracy. Will you join us?”

The show will go on, somewhat strangely

American Players Theatre in Spring Green, Wisconsin, renowned for its outdoor productions of Shakespeare and other plays, is returning in a transitional form with just one production at a time in each of its two theaters, at twenty-five-percent capacity, rather than the eight theaters that often run in simultaneous repertory.

On tap: “James DeVita’s ‘An Improbable Fiction’ in the Hill Theatre, and Katori Hall’s ‘The Mountaintop’ in the Touchstone Theatre. Next up will be Tom Stoppard’s ‘Rough Crossing’ (Hill) and a remount of ‘An Iliad’ (Touchstone), Lisa Peterson and Denis O’Hare’s adaptation of Homer’s ‘The Iliad.’ The third pair will be an adaption of William Shakespeare’s ‘Cymbeline’ by Henry Woronicz (Hill) and Christopher Fry’s ‘A Phoenix Too Frequent’ (Touchstone), which was originally slated for the 2020 season.”

Will Pride goeth before the fall?

Organizers are still hoping to hold a Pride Parade this year, albeit late summer or early fall in place of its traditional late June perch.