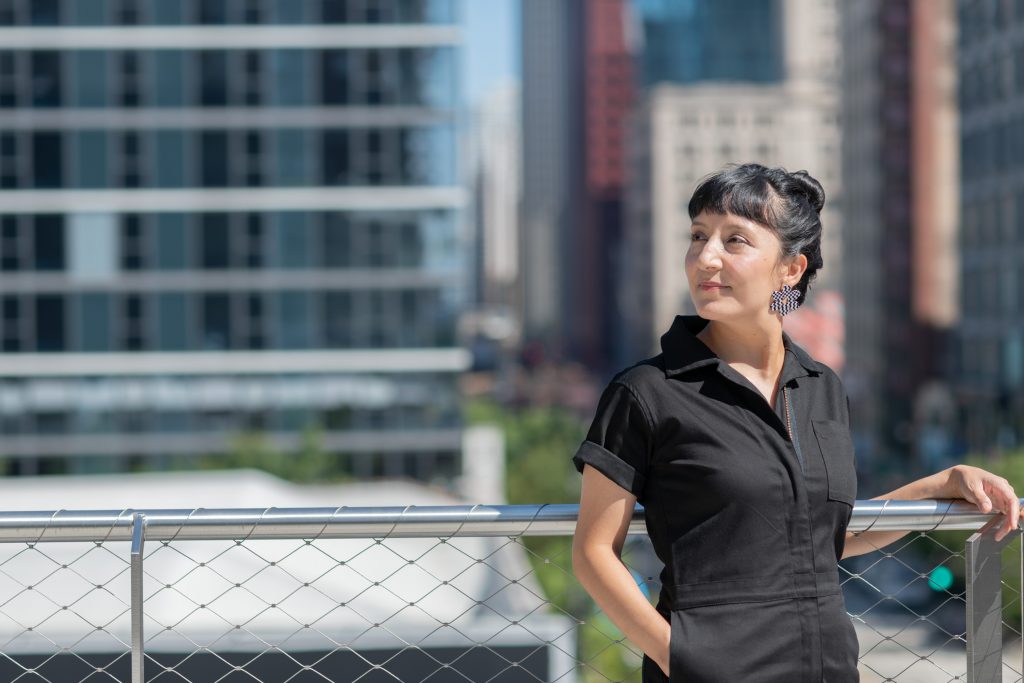 Lírica, a Latin-inspired waterfront restaurant has opened at Navy Pier in the new hotel, Sable.

From the press release: “Drawing inspiration from more than a dozen South American countries and encouraging guests to embrace ‘Comiendo con Ritmo’ or ‘eating with rhythm,’ Lírica’s menu boasts only the best in fresh-cut fish from Salmon Asado to roasted meats including Costilla de Ternera and of course, plenty of delicious starters or ‘primeros,’ such as Pulpo a la Plancha. Lírica will take the guest on a culinary tour of Latin America, boasting a combination of rich and rustic flavors and a vibrant atmosphere to create a colorful experience. The playful, poetic menu influenced by Ibero-American cultures has been curated by esteemed industry veteran Chef Cesar Reyes (Offshore Chicago, Smith & Wollensky, Spruce, Park Grill, Chicago Firehouse) alongside acclaimed Chef Michael Shrader (Offshore Chicago, Gideon Sweet, Monnie Burke’s, Luxbar, Epic and The Nine Group).”

When the Tribune Publishing board rebuffed Maryland hotelier Stewart W. Bainum Jr. in his higher-than-Alden bid for the company, they left the door open with a “show-me-the-money” challenge. So he did. Swiss billionaire Hansjörg Wyss, who lives in Wyoming, has joined the offer, with a plan to sell all of the properties to local “benefactors,” except the Chicago Tribune, which Wyss would hold onto. “Mr. Wyss said he would be a civic-minded custodian of The Chicago Tribune,” according to the New York Times. “ ‘I don’t want to see another newspaper that has a chance to increase the amount of truth being told to the American people going down the drain,’ he said.” Wyss added, “ ‘Maybe I’m naïve, but the combination of giving enough money to a professional staff to do the right things and putting quite a bit of money into digital will eventually make it a very profitable newspaper.’ ”

From the press release: “Mhoon’s parents, pioneering members of Muntu Dance Theatre and Najwa Dance Corps, seeded a powerful affinity for dance during her childhood that eventually led her to train with Alyo’s Children’s Dance Theatre, Muntu Dance Theatre, and Joseph Holmes Dance Studio of Chicago. She also studied with Najwa Dance Corps, the Joel Hall Dance Center, and under the tutelage of Homer Bryant of the Chicago Multicultural Dance Center. As a student at Howard University, Mhoon studied extensively under Kevin Iega Jeff of Deeply Rooted Dance Productions and went on to perform as a guest artist with the company.

“Born and raised on Chicago’s South Side, Mhoon’s exposure to and engagement with the arts began early, during a pivotal era of arts-driven activism known as the Black Arts Movement (BAM). A sister movement to the political and social Black Power Movement of the 60s and 70s, BAM thrived from 1965-1975 in cities across New York, Detroit, San Francisco, and Chicago. This cultural movement produced some of the nation’s most celebrated and influential dramatists, poets, musicians, visual artists, authors, and dancers.

“Mhoon’s experience with the vibrant Chicago Black dance community propelled Mhoon into a glittering career with commissions from the Kennedy Center for the Performing Arts and the D.C. Jazz Festival, invitations to perform and teach in 2015 at the renowned Zambian-led Barefeet Theatre Festival and participate in First Lady Michelle Obama’s 2016 Celebration of Black Women in Dance, and the opportunity to serve as a panelist for The White House Initiative on Educational Excellence for African Americans during Women’s History Month.

“Mhoon’s work as a choreographer, producer, educator, and scholar has earned her many accolades, including a 2015 Helen Hayes Awards nomination for Best Choreography in a Musical and winner for Best Musical. She has been called a visionary of her generation, and was recognized by The Huffington Post in their 2015 ’26 Female Choreographers You Should Know’ list and Dance Magazine’s 2006 ‘Top 25 to Watch.’ Mhoon was also recognized as a Black Girl Changemaker by the Obama Administration.

“Mhoon spent many years in Washington, D.C., earning a BFA and then a Master’s in Public History from Howard University. Her academic research focuses on dance history, American performance, and the African-­American experience in dance. During her time in D.C., Mhoon founded the Princess Mhoon Dance Institute, an organization whose vision is reflective of Mhoon’s artistic trajectory: the engagement of dance as a catalyst for personal, professional, and artistic development.”