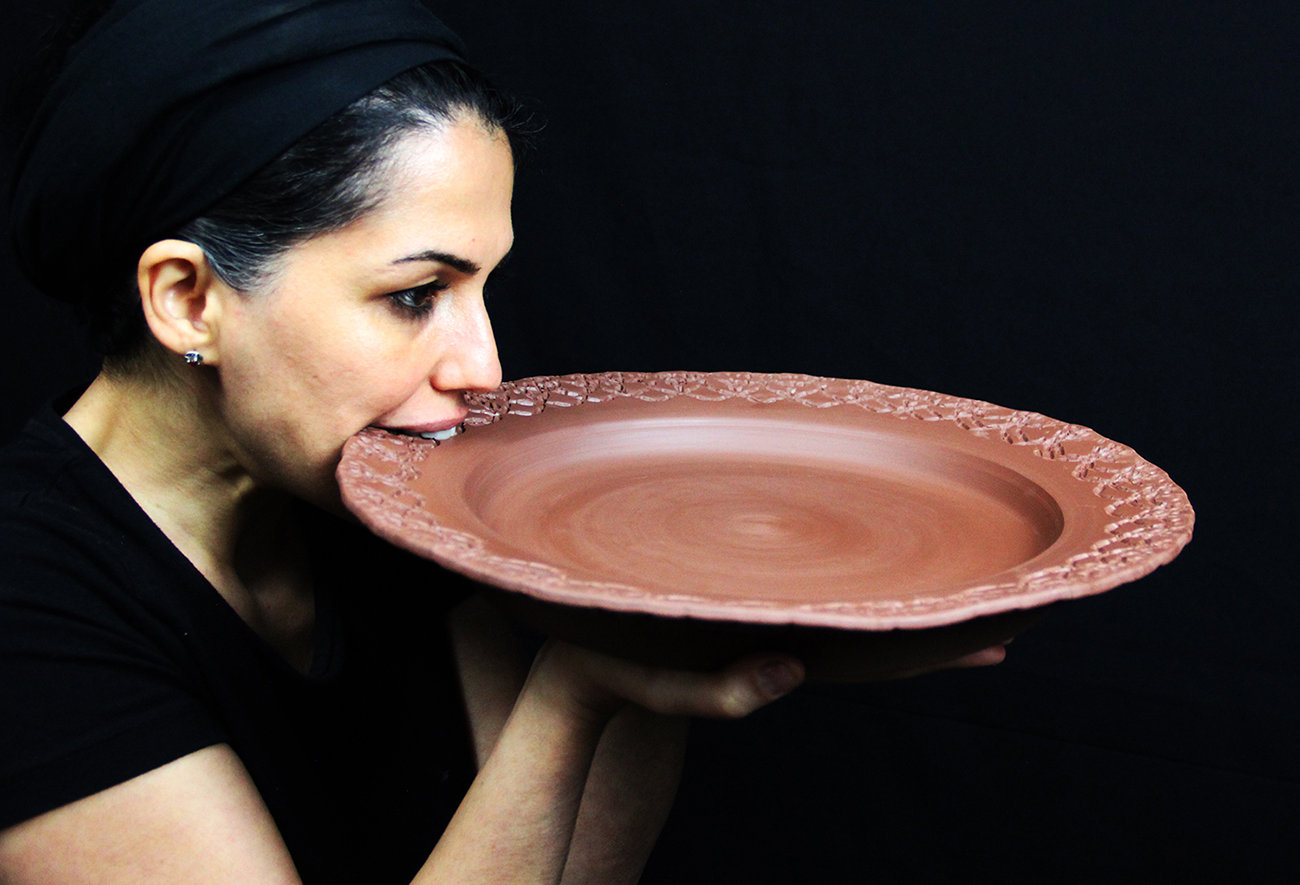 Another for Aspect Ratio

Raheleh Filsoofi joins the ranks of artists being represented by Aspect Ratio.

Her bio, excerpted from the press release:

“Born in Iran, now living in the United States, Filsoofi is an artist, Assistant Professor of Ceramics at Vanderbilt University, collector of soil and sound, feminist curator, and community service advocate. She received her BFA in Ceramics from Al-Zahra University in Tehran, Iran and her MFA in Fine Arts from Florida Atlantic University.

“Filsoofi’s work has been exhibited both in Iran and in the United States including at the Spinello Project Gallery, the Betty Foy Sanders Gallery at Georgia Southern University, the O’Kane Gallery at the University of Houston, the Abad Gallery in Tehran, the Bailey Contemporary Art Center, and the Contemporary Art Museum of Isfahan.

“Filsoofi’s work synthesizes socio-political statements as a point of departure and further challenges these fundamental arguments by incorporating ancient and contemporary media such as ceramics, poetry, ambient sound, and video. Her interdisciplinary practices act as interplay between the literal and figurative contexts of land, ownership, immigration, and border.”

ArtNews published an in-depth look at the collecting legacy of the late Stefan Edlis and his wife Gael Neeson, along with a selection of their “greatest hits.”

From ArtNews: “For Edlis, quality and control were important. Staunchly against relegating their artwork to storage, he and Neeson set in places rules for the collection with a 200-work cap and a fixed number of artists. These limitations would allow them to focus on high-quality art and drive the couple to keep evolving their holdings, buying and selling pieces with each discovery of a new artist. Theirs was a collection, Grynsztejn said, ‘where you will never see a B-grade piece by an A-grade artist.'”

Keeping up with Kanye

Vinoda Basnayake, a Washington, D.C. lawyer, has acquired drawings made by aspiring seventeen-year-old visual artist Kanye West in the mid-nineties that appeared on PBS’ “Antiques Roadshow” in 2020.

According to the Washingtonian, “The four pieces are in a variety of mediums, including graphite, gouache, and scratchboard (Basnayake also got that program for West’s teenage art show). According to the  program, Kanye began studying art at Chicago’s Hyde Park Art Academy at age 4, then went on to study at the Art Institute of Chicago, Chicago State University, Nanjing University in the People’s Republic of China, and Polaris School for Individual Education. The program also noted West’s intention to ‘begin his studies for a Bachelor of Fine Arts degree at the American Academy of Art in Chicago and continue to pursue a career as a music producer as well.'”

Add Mario Lopez to the list of celebrities attaching their names to “ghost restaurants” opening in Chicago and elsewhere.

The dining reservation startup Tock, started by Alinea co-founder Nick Kokonas, has sold to Squarespace for a reported $400 million. Kokonas was Newcity’s 2019 “restaurateur of the moment.”

Chicago-based On Our Team and Costume Professionals for Wage Equity announced that their campaign to convince Playbill to “require clear rates of pay on all jobs posted to their job site” has succeeded after twenty-one days. BroadwayWorld has agreed to the same.

Changing chairs at the Trib

Longtime Chicago Tribune culture writer Steve Johnson announced on Twitter that he’s left the beat to return to the news side: “Sad to leave the great museums beat behind, but as with TV critic earlier, a decade seemed a good stopping point.”