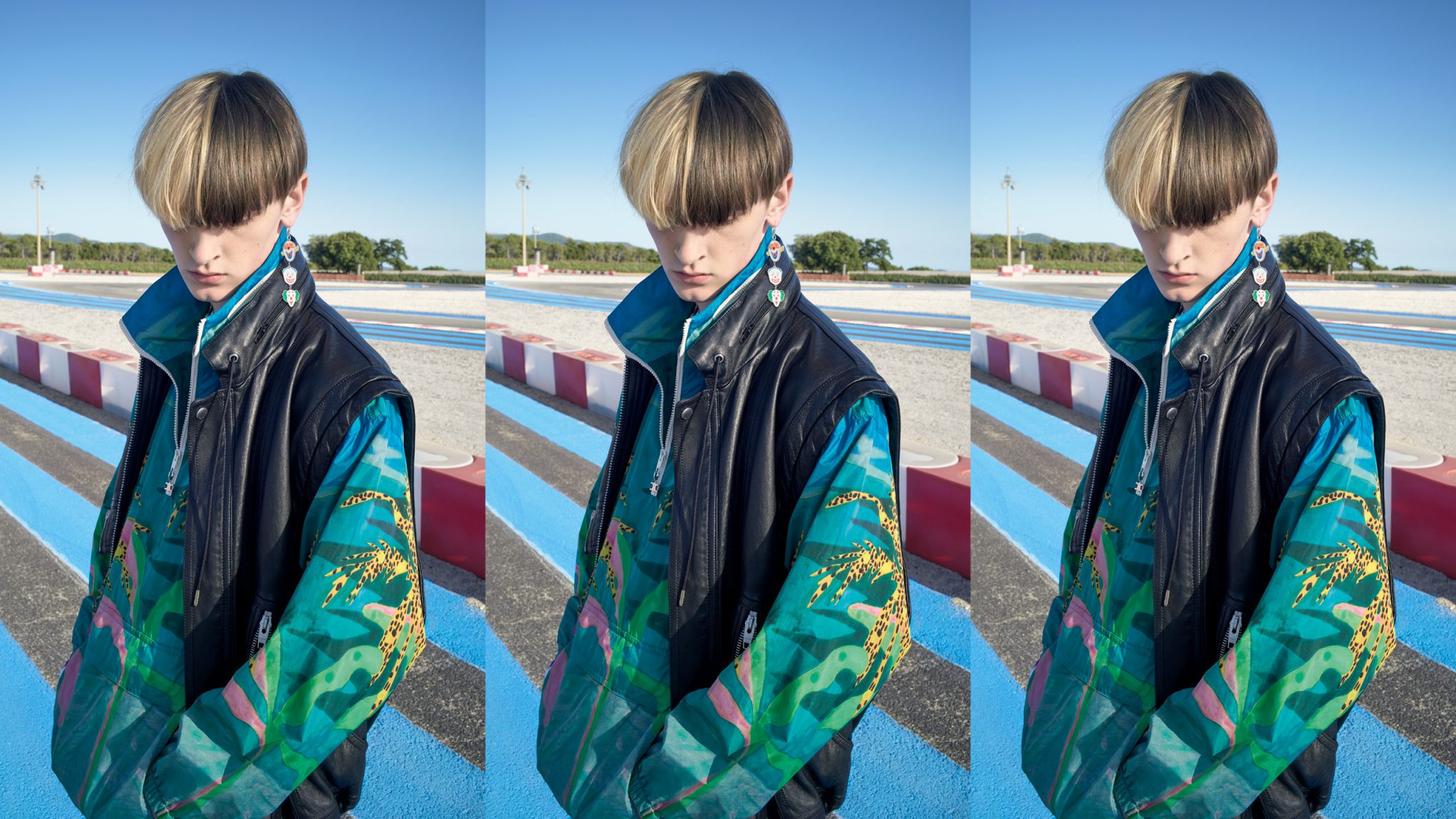 Tyson Reeder in the maison

Tyson Reeder spikes the pages of W with his collaboration with the Celine line, led by Hedi Slimane, after Rihanna was spotted sporting a bold, button-down Hawaiian shirt, derived from Reeder’s painting, “Autobahn.” “Slimane and Celine sought out Reeder for the [capsule collection] after the Chicago-based artist showed two new works at his gallery CANADA, New York and at the Independent Art Fair last summer,” Maxine Wally reports. “The designer found that Reeder’s pastel-colored paintings, drawings, and sculptures of landscapes, animals, and human body parts would work well on the elegant, lightweight materials Celine was using in its clothing for upcoming seasons. The team chose ‘Autobahn’ to be printed onto summer staples including a windbreaker, bucket hat and cotton shorts that resemble swim trunks.” Reeder comments, “This project has drawn me more into Hedi and Celine’s history of working closely with visual artists, and I’ve been surprised how many of them are my friends or longtime art crushes.”

The Cook County Department of Public Health told reporters at a Saturday news conference that rising virus numbers could lead to a “clampdown within a matter of days,” again barring indoor dining in the suburbs. The rate of cases, reports Eater Chicago, hasn’t been this high since October in the suburbs and Chicago.

A Second Century of Dinkel’s Bakery?

WGN pops into Lakeview’s Dinkel’s Bakery as it approaches the hundred-year mark, admires the sweet and the fragrant, and reports that “amid reports that Dinkel’s was exploring a sale of its Lakeview property, [the] owners said if the building is sold, the business will remain in the area.”

Chicago History’s Got A Guerrilla Faction

Robert Feder reports that the nonprofit Media Burn Independent Video Archive, founded in 2003 by producer Tom Weinberg, has gotten a grant of nearly half-a-million dollars from the Council on Library Resources to collaborate with UChicago on digitizing videotapes from the 1970s. These materials will be part of a new Guerrilla Television Network, which will include work from nonfiction mainstays Appalshop, Community TV Network, Experimental TV Center, Kartemquin Films and New Orleans Video Access Center. “It represents such innovative and singular content that is imminently going to be lost and forever forgotten,” executive director Sara Chapman tells Feder. “It will be a significant step toward elevating these under-recognized works to the place they deserve in cultural history.” (Weinberg was part of the 2015 edition of Newcity’s Film 50; Chapman was recognized in 2019.)

A Class Jazz Hero is Something To Be

HotHouse founder and executive director Marguerite Horberg is a 2021 Jazz Hero, named by the Jazz Journalists Association, selecting her as one of its twenty-two honorees, who are described as “advocates who have had significant impact in their local communities.” The annual awards are decided on the basis of nominations from members of individual jazz communities. 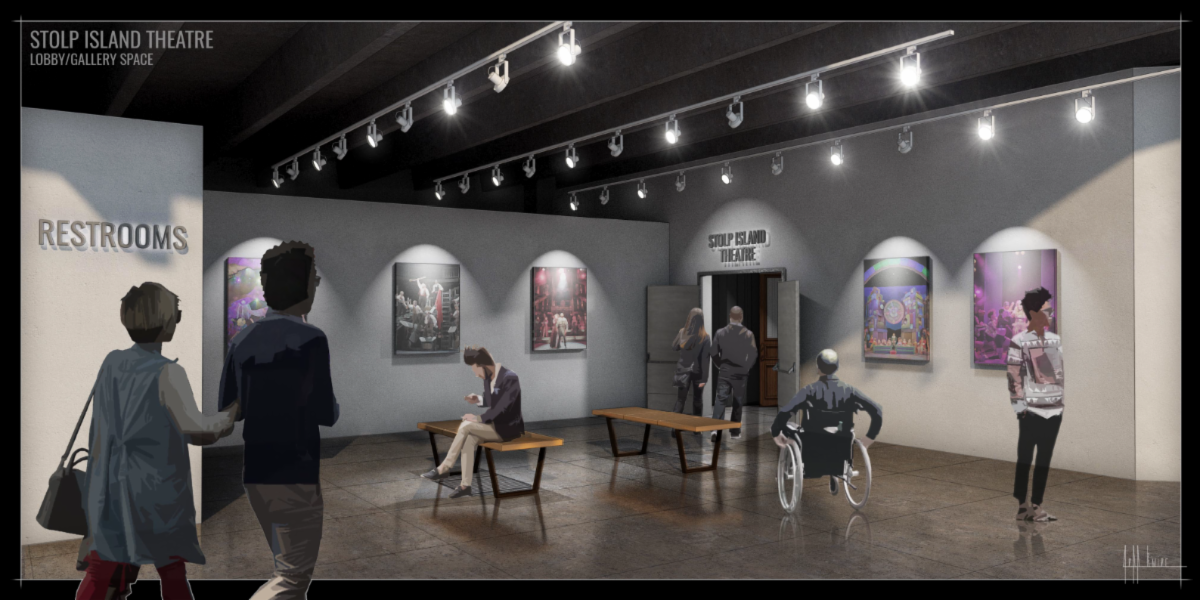 The Paramount Theatre announces a partnership with Verano Holdings and its Zen Leaf cannabis dispensary brand and the city of Aurora, to realize the new Stolp Island Theatre, an “immersive” performance destination to expand its riverfront downtown for dining, entertainment and performance. Set for a summer 2022 debut, downtown Aurora’s newest live performance venue is planned as a ninety-nine-seat, six-thousand-square-foot space “to offer an intimate, immersive experience. Throughout the performance, the audience will become part of the show, interacting with the actors, musicians and audience members around them.”

Healing at the Hideout

Hideout’s “First Tuesdays with Ben & Maya” political talkshow hosted by Maya Dukmasova and Ben Joravsky returns this week: “Anjanette Young and Shapearl Wells weren’t trying to start any movements, but when one was the victim of a botched Chicago police raid and the other lost her son due to Chicago police negligence, they found themselves fighting for transparency and justice against an institution that’s supposed to serve and protect. They share their stories, how they’ve found healing, what they’ve learned through their experiences, and what they’re pushing for now.” April 6, 6:30pm, $5.

Sharon Cohen, the much-honored Associated Press National Writer, with four decades of work behind her, has died at sixty-eight, a year after a diagnosis of brain cancer. “Every story got the Sharon Cohen treatment: determined reporting, zealous fact-checking, direct and evocative writing. She knew no other way,” the AP writes. “Sharon’s genius was in capturing the stories of Americans as they lived out the intense changes and disruptions of the last forty years,” Sally Buzbee, the AP’s senior vice president and executive editor is quoted, “struggling when their town’s factory closed, trying to pull away from drugs or violence, bewildered when they came back from war.”