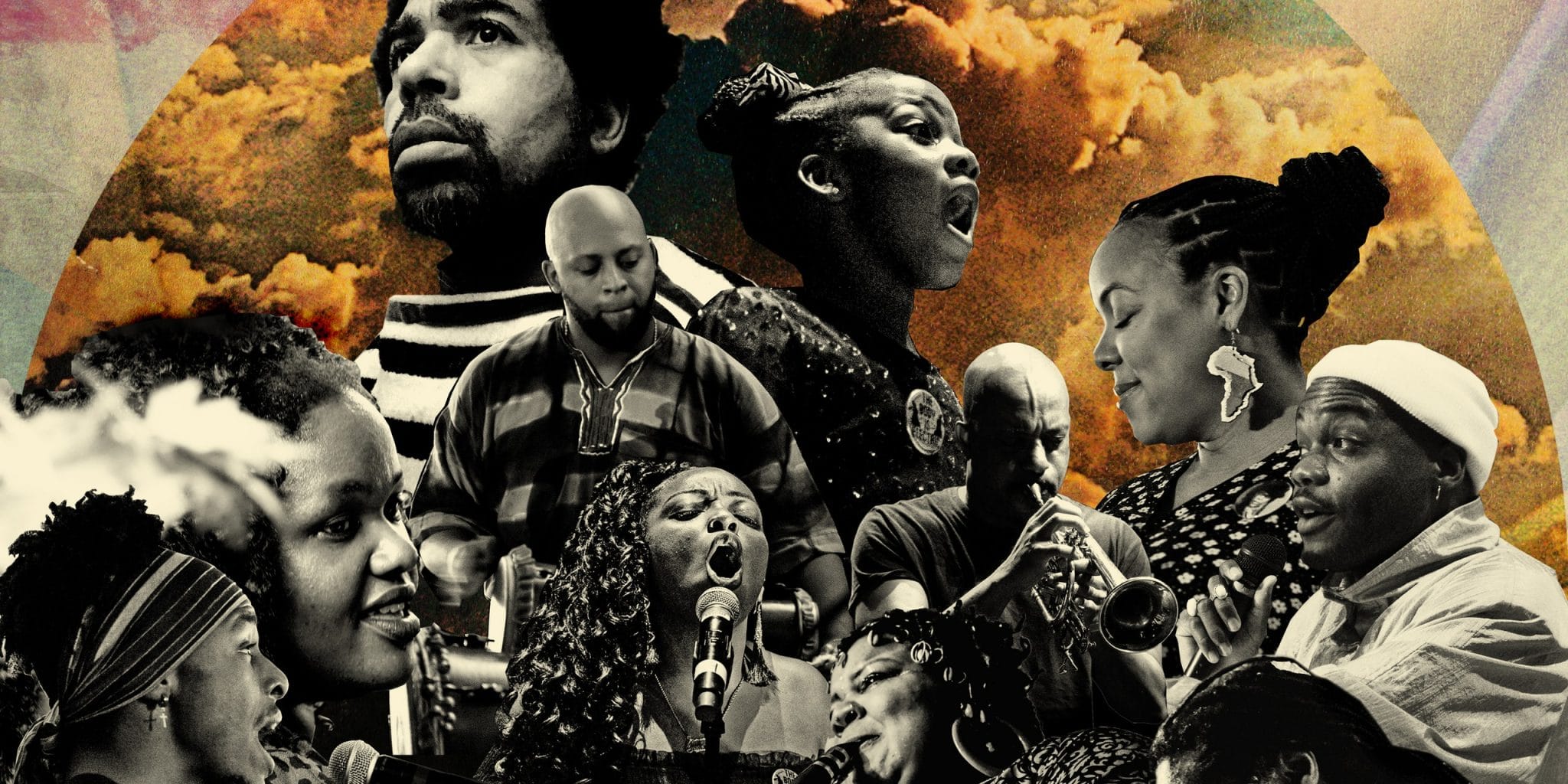 The Cranbrook Academy of Art outside of Detroit has received a $30 million donation from the Michigan-based billionaires Jennifer and Dan Gilbert, one of the largest ever made to a graduate-level arts program in the U.S., reports The Art Newspaper. “The funding will support the creation of full-tuition fellowships for ten students per incoming class from underrepresented racial and ethnic groups.” An accompanying endowment will cover the Gilbert Fellows in perpetuity. The donation will increase financial aid for other eligible students, as well as provide money for visiting faculty artists over the next five years, with a focus on artists of color. The money “will also support inclusion, diversity, equity and access consultants at the school and help fund the Cranbrook Art Museum’s public engagement projects, which are held both on the campus and throughout the Detroit area. Finally, the gift aims to allow the university to launch other initiatives that will help reduce its reliance on tuition.” 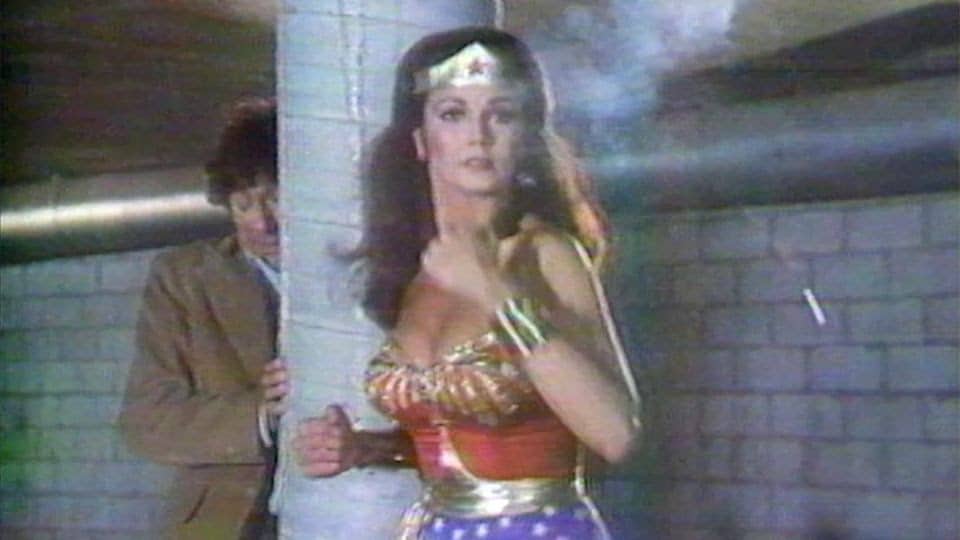 The Thoma Foundation announced acquisitions including Dana Birnbaum’s “Technology/Transformation: Wonder Woman” (1978-79), one of the first video artworks created purely from sampled television material. To fashion this “art-historical milestone” (according to ARTnews),  Birnbaum pirated video tapes with help from friends in broadcast. The video features jumpcuts that are commonplace today, but were edgy and disturbing in her time, Thoma reports, and “her video editing has defined a style for generations of artists.”

“Nothing Hides the Color of the Lights That Shine, Electricity So Fine”

The Hard Rock Casino Northern Indiana reveals its guitar marquee sign at the entrance of the new casino today at an event to thank the construction workers who built the 200,000 square-foot venue. “The 37-foot-tall guitar marquee sign is modeled after Joe Jackson’s ‘Guitar that Changed the World,'” a release relays. “After the lighting of the sign, the Hard Rock will uncrate Joe Jackson’s original guitar and give the construction team the first glimpse of the important part of music history.” Hard Rock Casino Northern Indiana will officially open to the public on the evening of May 14.

Christopher Borrelli writes about how Blake Bailey’s decade-in-the-making biography of writer Philip Roth goes long on Chicago.  “’University of Chicago was a serious, serious place, and it offered the intellectual engagement Roth wanted,’ Bailey tells Borrelli. But he did not regard the school (to use a description) as “the place where fun goes to die.” He had a great time.’ He became enamored of Joseph Conrad and Henry James while studying in Hyde Park. But he also attended Hillel mixers, drank at Jimmy’s Woodlawn Tap and dated a ton. Bailey’s book recounts a girlfriend who lived in a basement apartment at 57th and Kimbark who would dance for Roth in her underwear. For decades, whenever he returned, he would look up her name in the Chicago phone book.”

Mayor Lightfoot said on Wednesday that she looks forward to a “more normal” summer despite “the arc of the virus,” including some music festivals, the Trib reports. “I expect to see some summer festivals. Yes, planning is underway. As you might imagine, logistics, booking, ticketing takes a lot of advanced lead time. I expect that as I’ve said many times, summer of 2021 will look more like 2019 and less like 2020.”

Marcus J. Moore gets behind “Now,” Damon Locks and the Black Monument Ensemble’s album, for the New York Times: “Partially inspired by sci-fi shows like HBO’s ‘Watchmen’ and ‘Lovecraft Country,’ where Black people literally transport themselves out of perilous situations, ‘Now‘ uses up-tempo electro-funk and lyrics that spin societal despair into forward-looking optimism,” Moore writes. “The album—and Locks’ music, in general—also explores the concept of ‘the Black nod,’ or the unspoken mode of communication between Black people in public spaces. In turn, Locks’ Ensemble work—with all its spiritual jazz arrangements, vibrant drum breaks and esoteric movie clips—feels overtly communal, like a private conversation between those who understand the nuances of Black culture. ‘To me, the nod speaks to this destabilized scenario in the United States and acknowledges that you’re here,’ Locks said. “’I understand that this is crazy, so I see you.’” Locks “said he was encouraged by the activism he saw in the wake of protests and the pandemic. ‘I took inspiration from people checking in on people, people trying to get money from one place to the other, trying to find ways to get food to people who didn’t have food.'”

The Southport corridor’s Mercury Theater announced its closure in June 2020. But a post-Easter resurrection is at hand, reports the Sun-Times. The 1912-built former nickelodeon, now a 300-seat stage setting, will reopen under new artistic director Christopher Chase Carter, who collaborated on Mercury hit productions of “Little Shop of Horrors” and “Hair”; Carter’s other stage credits include Lyric Opera and Porchlight. 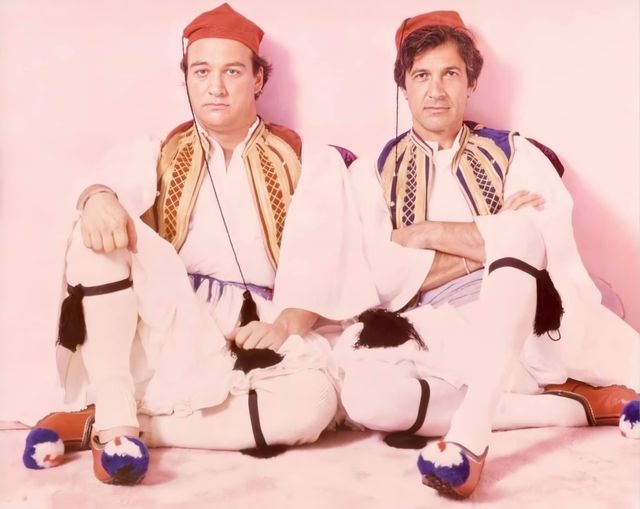 Jim Belushi sounds the call for his countrymen on Twitter: “If you’re Albanian retweet this, I’d love to connect with more of my Albanian brothers and sisters on this platform.”

WGN Morning News looks into The Auditorium Theatre’s walking tours, a flickering light in the shuttered Chicago Theatre District, where 35,000 seats sit empty, 6,000 performing arts jobs lie fallow and $90 million remains in visitor pockets. “More people go to arts and culture than go to all of our sports teams combined on an annual basis,“ Chicago Loop Alliance President and CEO Michael Edwards tells WGN. “Edwards said the alliance has reached out to Governor Pritzker in hopes of strategizing a plan for Phase 5 to get people in the industry back to work.”

Anthropologist and University of Chicago Press author Marshall Sahlins  was ninety. Among early Twitter tributes, anthropologist Danny Miller posted that he was “The finest exponent of clear, brilliant and insightful cultural theory that anthropology has ever known.” Sahlins introduced the paper “The Western Illusion of Human Nature” (2006), “Over the past decade or two, courses on ‘Western Civilization’ have been taking a smaller and smaller role in the curricula of American colleges. Here I attempt to accelerate the trend by reducing ‘Western Civ’ to approximately one hour. My justification is the Nietzschean principle that big issues are like cold baths: one should get into and out of them as quickly as possible.)” and concluded, “It’s all been a huge mistake. My modest conclusion is that Western civilization has been largely constructed on a mistaken idea of ‘human nature.’ (Sorry, beg your pardon; it was all a mistake.) It is probably true, however, that this mistaken idea of human nature endangers our existence.”

“Plans to transform the historic Lu and Jorja Palmer mansion into a Black media repository are stoking concern grassroots political groups founded by Lu Palmer may be pushed off the property they’ve called home for decades,” reports Block Club Chicago. “The Obsidian Collection, founded in 2017, archives media to make Black history publicly accessible.” The organization intends to turn the mansion on South King Drive, which has been vacant for nearly two decades into Obsidian House, a “cultural heritage space.” The Lu Palmer-founded Chicago Black United Communities and the Black Independent Political Organization, which were instrumental in the grassroots move to place Harold Washington in the mayor’s office, work out of the coach house behind the mansion, dubbed the Garvey Center. “But it’s unclear whether Obsidian House and the Garvey Center will operate side-by-side.”

“We Will Chicago” Ready To Talk About It

April 29 marks the virtual kickoff conversation about “We Will Chicago,” a three-year citywide planning initiative led by the City of Chicago “that prioritizes equity, resiliency, and engagement to create a new, inclusive vision for the city… Residents can learn about the We Will pre-planning work conducted this winter, as well as next steps in creating the first citywide planning document in more than 50 years.” Speakers will include Maurice D. Cox, commissioner, Department of Planning and Development; Candace Moore, chief equity officer, City of Chicago; Helene D. Gayle, president & CEO, Chicago Community Trust and Erin Harkey, first deputy commissioner, Department of Cultural Affairs and Special Events. Register here with Zoom.