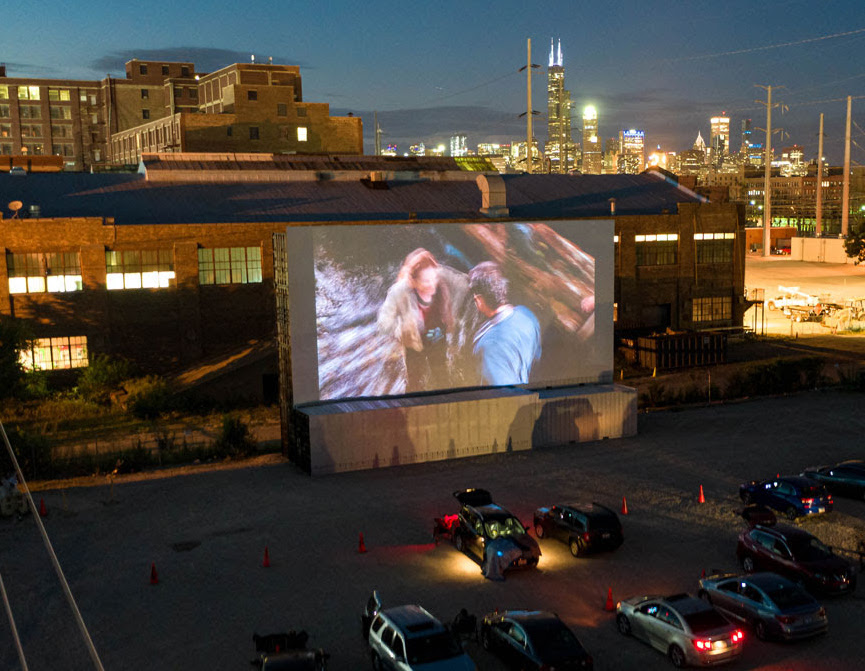 Neil Steinberg on Columns of Columbus

Sun-Times columnist Neil Steinberg ponders certain civic statuary: “[C]ertain vocal Chicago Italian Americans are so busy slurring themselves. Waving some half-century-old agreement with the city and demanding their lost Columbus statue be put back in its place of honor. Times don’t change, they insist. Wanna bet? Columbus was once a hero. We named things for him. Ohio named its capital ‘Columbus’ in 1812, a year when slavery was legal. But we got rid of slavery and then spent 150 years peeling back the mindset, traditions, rituals and lies of slavery. Now it’s Columbus’ turn. Don’t hate me for telling you… Demanding the city of Chicago honor Columbus forever because it honored him in the past weighs his advocates down — or rather, outs them, as hidebound haters performing an ongoing master class in tone-deafness, entitlement and indifference to anyone other than themselves.”

The Sun-Times’ David Roeder reports on a $30 million venture near McCormick Place to provide “an immersive experience in virtual reality” at a two-story 108,000 square-foot “Esports” arena at 2500 South Wabash with a capacity of just over 1,000 if the pandemic subsides. “Imagine large floors to roam in virtual reality,” Roeder writes. “You would be outfitted with goggles, a backpack and whatever props the game requires, such as a wand or a toy gun. (Yes, there will be pretend violence.)”

Business at the South Side’s Brown Sugar Bakery jumps after the recent drop-in by Vice President Kamala Harris, Lynn Sweet reports: twenty-one percent in the store, and eighty-eight percent online. “She picked up a slice of German chocolate cake–her favorite–and the bakery staff presented her with two trays of caramel, strawberry and lemon cupcakes. The stop generated enormous publicity for the bakery and gave a boost to all of 75th Street.”

Targeted ads on Facebook from a Boston company calling itself “Purely Chicago” employs touristic Chicago imagery to tout T-shirts and that “all profits” will go to an Illinois Restaurant Association fund, reports Eater Chicago. The IRA denies any connection to “Purely Chicago,” which also holds the domain helpchicagorestaurants.com and is seeking their removal from the materials.

They Gained It At The Movies

Thanks to the drive-in: the ChiTown Movies adaptation of Pilsen’s ChiTown Futbol held the businesses there together during the pandemic because of 30,000 tickets to movies and private events taking advantage of the inspiration to add a big movie screen, reports Block Club Chicago. “Former scorekeepers and referees were able to stay employed by directing traffic and delivering food to cars.” Owner Bryce Bowman says of his twenty-year-old businesses at the location, “It’s just been a blessing to have made it through this. It was overwhelming to think we had this business that was completely and utterly devastated. I give a lot of credit to our staff for their hard work and ingenuity.”

Rediscovering “The Murder of Fred Hampton”

Writer-director Shaka King’s biographical “Judas and the Black Messiah” reopens the life and death of Chicago activist Fred Hampton to wider awareness, but Howard Alk’s “The Murder of Fred Hampton” rises from that historical moment. Chicago Filmmakers, partnered with Free Spirit Media, presents a virtual discussion about Alk’s 1971 film on Thursday, April 22 as part of their Films of the African Diaspora series. The film is available to stream on Vimeo, and the discussion is free. The panel includes Gordon Quinn of Kartemquin Films, G. Flint Taylor, a civil rights attorney for the People’s Law Office and a litigator on the Fred Hampton Black Panther Party case and Attorney James Montgomery, lead attorney in the Hampton case. Thursday, April 22, 6:30pm; details here.

South Side With You

The Chicago South Side Film Festival is accepting submissions and hoping to do it live this year, returning to Chatham Studio Movie Grill after a virtual 2020 event.

The Mill Pumps Up Midwestern Studio

The Mill amps up its aims for the Midwestern arm of the global production studio, promoting head of production Tracey Khan to managing director for the Chicago-based concern after over a decade with the company, reports Reel Chicago. The Mill credits Khan with the growth of the Chicago studio, noting the recently expanded direct-to-brand, strategic production offering, Mill+.

Chicago Children’s Theatre has appointed Sam Mauceri to a new, full-time staff position as Inclusive Education and Programs Manager. Mauceri’s responsibilities include creating and sustaining an open and inclusive environment for the theater’s education programming, including its year-round performing arts classes and camps. Mauceri will also oversee an expansion of the popular Red Kite Program for children on the autism spectrum.

No Silver Room Block Party For 2021

Eric Williams, owner of Hyde Park’s Silver Room, tells the Sun-Times that COVID-19 and business concerns led him to cancel the South Side staple for the second year. Talking to the “Randomly Selected” podcast, Williams said, “Usually, I’ll start thinking about the Block Party in September; it’s always the third Saturday in July. Come September, you’re thinking about the following year. You have to think about who’s performing, start trying to secure equipment and all the logistics—it’s too much to do in two months. And because we were closed—the retail store—for almost three months, my focus was getting my store back open, and getting that business going.”

New Board Member For Chicago- and Nairobi-Based RefuSHE