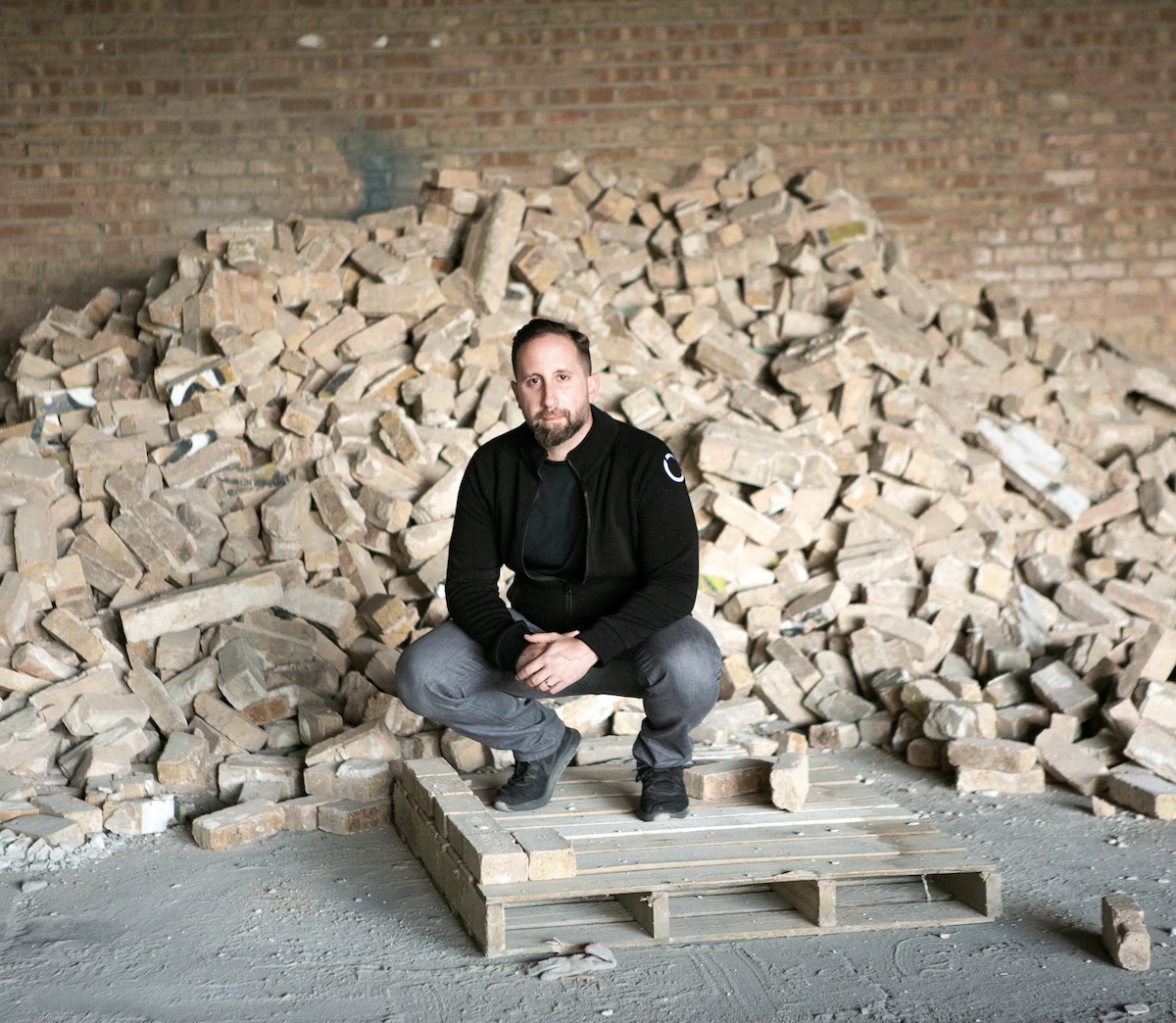 EXPO CHICAGO returns to Navy Pier for its next in-person edition, its ninth, April 7-10, 2022, while also setting the 2023 and 2024 events for April airings. “We feel strongly that focusing on presenting the next edition of EXPO CHICAGO in April of 2022 respects both the current global recovery process and provides sufficient time for galleries, curators, and collectors to fully ramp back up for in-person presentations in their galleries and at fairs,” Tony Karman, president-director, says in a release. “I’d like to express my deepest appreciation for the sound advice and continued support we’ve received from our Selection Committee, key institutional stakeholders, leading galleries, Navy Pier and Chicago’s civic leaders. I am confident that our new dates will enable us to welcome friends and exhibitors from around the world back to Chicago.”

Jeff Ruby has quit as dining critic at Chicago magazine, reports Rob Feder. “Due to the pandemic we haven’t run a dining review in a year, and Jeff let us know that he’s decided to embark on a new career path in another field,” Susanna Homan, Chicago publisher and editor-in-chief told Feder of the magazine’s food writer since 2010. “He’s incredibly talented and we wish him the very best.” Ruby tweeted one reason: “the world has changed a lot in the past year, and so have I. I am ready to move on.”

Expanding The Horizons Of The Original Rainbow Cone

The Original Rainbow Cone sets a second location in Lombard on Roosevelt Road for a May 5 opening, after a seasonal kiosk at Navy Pier. The original location in Beverly has been serving for over ninety-five years. Four ice-cream trucks will be added to the menu, including one dedicated to private events, spreading the savor of signature ice cream flavors including Black Walnut, Butter Pecan, New York Vanilla, Cookie Dough, Cookies and Cream, Chocolate Peanut Butter, Bubble Gum and Mint Flake.

Silver Room owner Eric Williams tells Block Club Chicago that Bronzeville Winery on Cottage Grove, located in a storefront in the 4400 Grove development, an eighty-four-unit affordable housing complex, will be “a sister restaurant” to his store: “If you like the vibe of the Silver Room, if you like the vibe of the block party, that’s gonna be the vibe of this wine bar.” Working with managing partner Cecilia Cuff, the restaurant will feature comfort food and a wine list curated by Anika Ellison, “one of the few Black women sommeliers,” Williams said, with seating for 110 inside the storefront.

How Chicago is It?

Former Chicago Tribune and Reader film critic Dave Kehr points out a genuine flaw in two movies set in Chicago that have drawn heat in awards season: “My problem with ‘Chicago 7’ and ‘Black Messiah’ is the absence of 1960s Chicago, both as a built environment and as an authoritarian state centered on Mayor Richard J. Daley—a crucial figure in these stories who has been removed and replaced by generic FBI heavies,” he tweets.

Onscreen attractions at the Music Box from April 16-22 include the magical Irish animation, “Wolfwalkers,” the war-has-consequences International Film nominee from Bosnia, “Quo Vadis, Aida?” and a recently struck 35mm print of Aaron Sorkin’s “The Trial of the Chicago 7.”

Kartemquin Films production “Wuhan Wuhan” will have its world premiere at Hot Docs in Toronto, which runs April 29-May 9. From gifted Chinese-Canadian filmmaker Yung Chang (“Up the Yangtze,” “China Heavyweight”)  and co-produced by Diane Quon (“Minding the Gap”). Chang’s film concentrates on five stories in Wuhan during lockdown. (Quon is part of Newcity’s 2020 Film 50.)

The New York Times Ken Vogel and Katie Robertson report that Hansjörg Wyss, the Swiss billionaire in the bidding for Tribune Publishing, has contributed to liberal causes and may not share the views of the paper’s antediluvian-adjacent editorial board: “Long before he emerged as a potential champion of journalism with his bid for Tribune Publishing, Wyss quietly created a sophisticated political operation to advance progressive policy initiatives and the Democrats who support them. The organization, called The Hub Project, was started in 2015 by one of Mr. Wyss’ charitable organizations, the Wyss Foundation, partly to shape media coverage to help Democratic causes,” the paper writes, sounding alarms. “Information about his involvement came from interviews with five people with knowledge of The Hub Project, an internal memo from another liberal group that was obtained by The New York Times, and the appearance of The Hub Project’s business plan in a tranche of data made public by WikiLeaks.”

Visceral Dance Along The River In Avondale

Visceral Dance Center is expanding in June on its thirteenth year on the Chicago scene with a new building in Avondale, with six studios in a 27,000-square-foot facility overlooking the Chicago River. “The Ann Barzel Studio and Performance Space—named for the late Chicago dance critic—will be the home for Visceral Dance Chicago rehearsals as well as available to other arts groups,” the press release relates of the ADA-qualified space. “With movable seating and state-of-the-art theatrical lighting and equipment, the studio will transform into a space for performances and special events for Visceral, individual artists and arts organizations, complete with an adjacent deck overlooking the Chicago River for pre- and post-event receptions.” With the increased space, Visceral also is launching a wide range of new programs in classes, workshops and outreach. “For thirteen years, I have followed my vision of creating a space where dancers and the community can come together,” says Visceral founder and artistic director Nick Pupillo. “We’ve become a destination attracting dancers, faculty and choreographers from all over the world. We are excited to expand and grow while staying in the neighborhood where it all began.”

Yes We Can Move Roads

Moneys have been appropriated for refashioning Jackson Park to accommodate the Obama Presidential Center, after Governor Pritzker and Mayor Lightfoot rolled out a $200 million outlay, reports the Sun-Times. A chunk goes to roads: “While the multi-building presidential complex covers 19.3 acres of the park, the overall plan that developed calls for a massive retooling of adjacent roads running in and around the park, including closing Cornell Drive between Hayes Drive and 59th Street. The six-lane roadway will become parkland. Lake Shore Drive and Stony Island Avenue will be widened to take on the anticipated extra traffic.” The first roadwork will be funded with $174 million of state money.

The Mountain Comes For Artists

Nonprofit Trillium Arts, which offers secluded space for artists in a remote setting in North Carolina’s Blue Ridge Mountains, has named six recipients for spring, including Chicago’s Phillip Solomonson, who says 2020 ended his focus and performance photography, and will use the time to “reinvent, sharpen skills, acquire knowledge and find a new perspective to move forward.” Former Newcity staffer Jenny Mueller, now of St. Louis, says she will work on a third book of poetry (after “Bonneville” and “State Park”) as well as “develop an essay on poetry’s need for the dark and its gift of starry nights.”