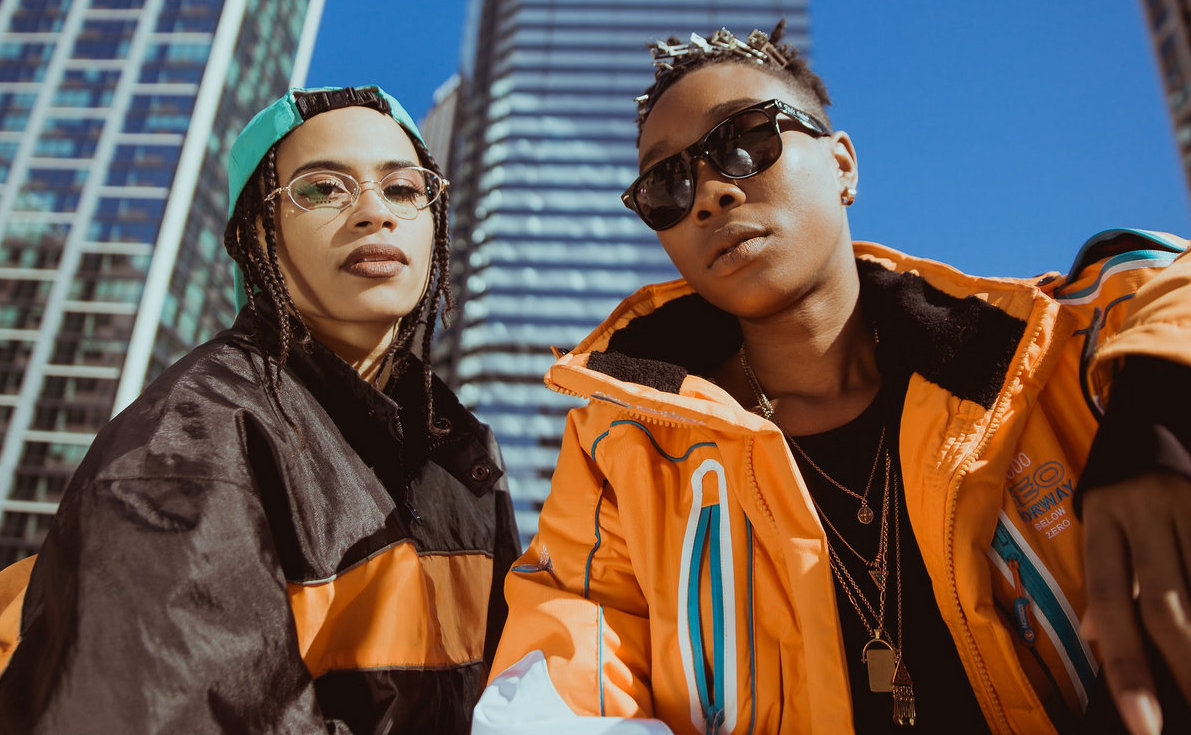 Artist Diana Guerrero-Maciá, represented by Carrie Secrist Gallery, is one of the recipients of a 2021 Guggenheim Fellowship. Guerrero-Maciá is part of the exhibition “High Touch,” based on the research of futurist John Naisbitt, at John Michael Kohler Arts Center in Sheboygan and will be one of the artists in a virtual conversation Thursday, April 22. Advance registration required.

David Roeder reports at the Sun-Times on the proposed $20 billion One Central transit hub project near Soldier Field and whether or not the state has lost interest.

The third Exhibit Columbus exhibition hits the “modernist epicenter” of the Midwest in August. “The theme of this third Exhibit Columbus is ‘New Middles: From Main Street to Megalopolis, What Is the Future of the Middle City?’,” the group announces. “Curated by Iker Gil (Newcity Design 50 Hall of Fame) and Mimi Zeiger, ‘New Middles’ explores the future of the center of the United States and the regions connected by the Mississippi Watershed—an area that stretches beyond political borders. At a moment when reflection, creativity, and innovation are most needed to envision new ways of being, the exhibition builds on Columbus’ legacy as a laboratory for design as a civic investment. ‘New Middles’ situates the city within the watershed, up and downstream, connecting it to a network of places with shared affinities and similar concerns around economics, the environment, and equity. The exhibition looks outward from Columbus to explore regional and global themes and respond to them through design.” Anne Surak, director of Exhibit Columbus, says that “Exhibit Columbus highlights the idea that art, architecture, and design have the power to inspire new narratives and celebrate community in public space. ‘New Middles’ is looking toward the future from Columbus. We’re pushing the boundaries of expression about what can be explored in our small American city.” Co-curators Gil and Zeiger say, “One of the biggest lessons of this past year is that there is no one idea of the future. Just as there are many different cultural histories of Columbus from its founding to its modernist heyday to today, there are many ways to think about what is on the horizon. At a moment when issues of health, climate, and racial identity are at the fore, we are excited about what multiple futures might mean for design and the middle city.”

After a long preparation, Rose Mary is here. Rebecca Holland reports on its origins for Newcity: “For a city once dubbed the ‘Second Croatian Capital,’ there are very few Croatian restaurants in Chicago. ‘This is just such an amazing culture with such great, amazing food, and it doesn’t get spotlighted somehow, especially for a city where we have such a big Croatian and Balkan population,'” Joe Flamm, former executive chef at Michelin-starred Spiaggia, “Top Chef” winner and owner of his Croatian-Italian restaurant, Rose Mary told Holland. “Flamm’s family is Italian and his wife is Croatian. He’s cooked in Italy and since meeting his wife twelve years ago has spent multiple vacations eating his way through Croatia, learning about the culture and cooking at parties with family and friends. Not coincidentally, rosemary grows along the coasts in both countries and is a sign of good luck at weddings. ‘I wanted to use things I’ve learned but also do something unique that felt genuine to me,'” Flamm told Newcity. “To tell the story of Croatian food is where my life has gone, and it naturally just made sense.”

Just One Night Of Cat-Su-Sando On The Patio

The West Loop’s Recess, home of the city’s largest patio, hosts a one-night-only pop-up of Cat-Su Sando on Monday, April 26. “Cat-Su Sando is a takeout only concept from two fine dining chefs, offering an American approach to classic Japanese food and bringing a new perspective of the cuisine to the city,” the West Kinzie restaurant says in a press release. “Recess will host Cat-Su Sando in their kitchen, offering their signature sandwiches made with fried chicken thighs, Cat-Su Sauce and cabbage on milk bread, as well as hot chicken sandos, starting at 4pm until the kitchen runs out.”

More than fifty local farmers and food producers will be part of the opening day of Lincoln Park’s Green City Market, and run every Wednesday and Saturday through the end of October from 7am. “James Beard Award-winning chef Beverly Kim of Parachute and Wherewithall will attend the opening and chat with shoppers to share her favorite farm-fresh finds of Green City Market. ‘Chef Kim has graciously offered to join us on our opening day,’ Green City Market executive director Mandy Moody says in a release. “Her love of local food and her incredible knowledge on how to create delicious dishes is something all of our customers will enjoy hearing about. Shoppers can stop by the market’s info tent for the scoop on where to find Chef Kim on opening day.'” Debuting vendors include Star Farm Chicago, an urban farm in the Back of the Yards, offering fresh seasonal vegetables; Frillman Farms, an heirloom-only operation growing on the land of former Green City Market vendor, Leaning Shed Farm; and Logan Square’s Daisies, now selling ragu, pesto and fresh pasta at retail.

Since June 2020, the Chicago Region Food System Fund has addressed hunger and business disruption in and around Chicago in response to the pandemic and other systemic shocks. “Grants awarded in this round focus on long-term work toward a resilient, racially and economically just local food system,” the group reports, focusing on “the local food system—from production to processing to distribution to consumption—in an area approximately 200 miles from Chicago, or about a day’s drive to or from the city. Priority was given to organizations producing food in, and supplying food to, communities of color.” Fresh Taste, fiscally sponsored by Forefront, manages the Fund. “The strain that COVID-19 placed on Chicago’s local food system—and the many urban, suburban, exurban, and rural communities that comprise it—is grave,” said Karen Lehman, director, Fresh Taste, and Chicago Region Food System Fund manager. “The Fund received far more strong applications than it could support, indicating both great need and strong community capacity to meet it.” Major funders of the Chicago Region Local Food System Fund are Amanda Hanley Climate Fund, The Builders Initiative, Food:Land:Opportunity (funded through the Searle Funds at The Chicago Community Trust), Fresh Taste, James F. Beré Family Fund, Little Owl Foundation, The Lumpkin Family Foundation, Margot L. Pritzker Fund, Walder Foundation, and Walter S. Mander Foundation.

Advice On The Ice

Sun-Times culture and entertainment reporter Evan F. Moore previews the cover of the forthcoming book by himself and Jashvina Shah, “Game Misconduct: Hockey’s Toxic Culture and How to Fix It.” Pub date is October 12.

Maryland hotelier Stewart Bainum is still seeking partners for his Tribune Publications buy, reports the Wall Street Journal. “Mason Slaine, a Florida investor who had earlier offered $100 million for the bid, said that he had been contacted by Mr. Bainum’s camp and that he remained interested in possibly taking part. A special committee set up by Tribune’s board previously had recommended shareholders accept Alden Global Capital’s offer of $635 million, but had said it would likely consider the competing $680 million bid led by Bainum to be superior if Bainum and Hans Wyss stood by it following the due diligence process and it remained fully financed. The departure of Wyss from the bid throws that into question and increases the chance that Alden will emerge as the winner without having to sweeten its offer.” The Sun-Times confirms that Tribune Publishing’s board still endorses a sale to thirty-two-percent minority owner Alden Global Capital. “Bainum has gotten some support from wealthy buyers interested in particular titles…. He may have three or four weeks to submit a new offer… A sale must be approved by owners of two-thirds of the shares it does not have… Tribune said its board, because of Bainum’s lack of [full] financing, ‘continues to recommend, and has not withdrawn, qualified or otherwise modified its recommendation, that stockholders of Tribune vote in favor of the approval of the Alden Merger Agreement.'”

On Twitter, Jim Daley, politics editor of Southside Weekly, re-ups their policy on protester pics: “In an era of widespread surveillance, police and state security forces use photographs to identify and prosecute activists. So in an effort to balance the public’s need for information against the potential for doing harm to those struggling. for justice, the Weekly has chosen to conceal the faces of protesters in photos of the recent demonstrations against police brutality. We believe this decision adheres to ethics guidelines established by the Society of Professional Journalists and the National Press Photographers Association.”

And Not A Pipe to Drink

Curious City covered Mayor Lightfoot’s announcement about replacing Chicago’s toxic lead pipes in the water system a year ago. Now, Monica Eng reports at WBEZ that not a single line has been replaced: “With about 400,000 lead service lines hooked up to Chicago homes, the city has the largest inventory of these toxic connections in the nation.”

Chicago Tribune elder columnist John Kass adds to his highly compensated column word count—approximately 881 words on both Adam Toledo and a recent column about Black Lives Matter, Karl Marx and property values—with his volleys of impassioned, unedited Twitter contestations: “And the jacobins want to defund police & applaud no cash bail etc. then the social justice warriors calmly step over the victims on the way to another anti-police protest. This is Chicago ruled by the woke.” Of that Kass Tweet, Reader writer Leor Galil replied on Twitter, “John Kass doesn’t understand city budgets, political parties, systemic violence, logic, reason, or language.”

Placing The X In Latinx

At Chicago Reporter, Hugo Balta proposes that “Latinx” is a “liberating” term, not a “limiting” one.

“In the hip hop industry, I’m definitely gonna trust a Black girl over anybody,” Klevah, half of Mother Nature with U of I classmate TRUTH, says about the duo’s mentorship by singer-poet Jamila Woods and signing with Chicago independent label Closed Sessions. They’re restoring “boom-bap” to the city, reports Evan F. Moore at the Sun-Times. April 20 is the release date for their fifteen-track mixtape, “SZNZ,” which features Valee, The Cool Kids’ Sir Michael Rocks and Brittney Carter. “It’s why we got to break shit down to build it up, and that’s our approach when we come on records like: ‘Nah, y’all lying or not giving the full scope of you can give,” Klevah tells Moore. “That’s what we try to offer to our audience — radical honesty.”

In its fourth “manifestation,” The Horse With No Name presented its “Instant Award in Improvised Music” 2021 recipients, with an unrestricted $50,000 award: the “landmark names” Milford Graves and Henry Threadgill. Of his co-recipient, who passed in February of this year, Threadgill, who won a Pulitzer Prize in 2016, writes, “Milford was a rare one time only visionary with 150% percent commitment to his creative brilliance.” The Instant Award release recognizes that “Threadgill’s concepts have been central to many younger musicians who have been inspired by the ingenuity of his techniques and the brilliance of his sound, both as a composer and as a saxophonist and flutist.” John Corbett of Corbett vs. Dempsey, the “official mouthpiece for The Horse with No Name” anonymous patron, writes, “I called Milford shortly before he passed to give him the news about the Instant Award. He kept it cool but I could tell that he was happy. When I told him that I thought by all rights he should have every award the world had to offer, he laughed and said: ‘Well, John, you know, man, this is really nice. It’s OK by me! I’ll take it, man!'”