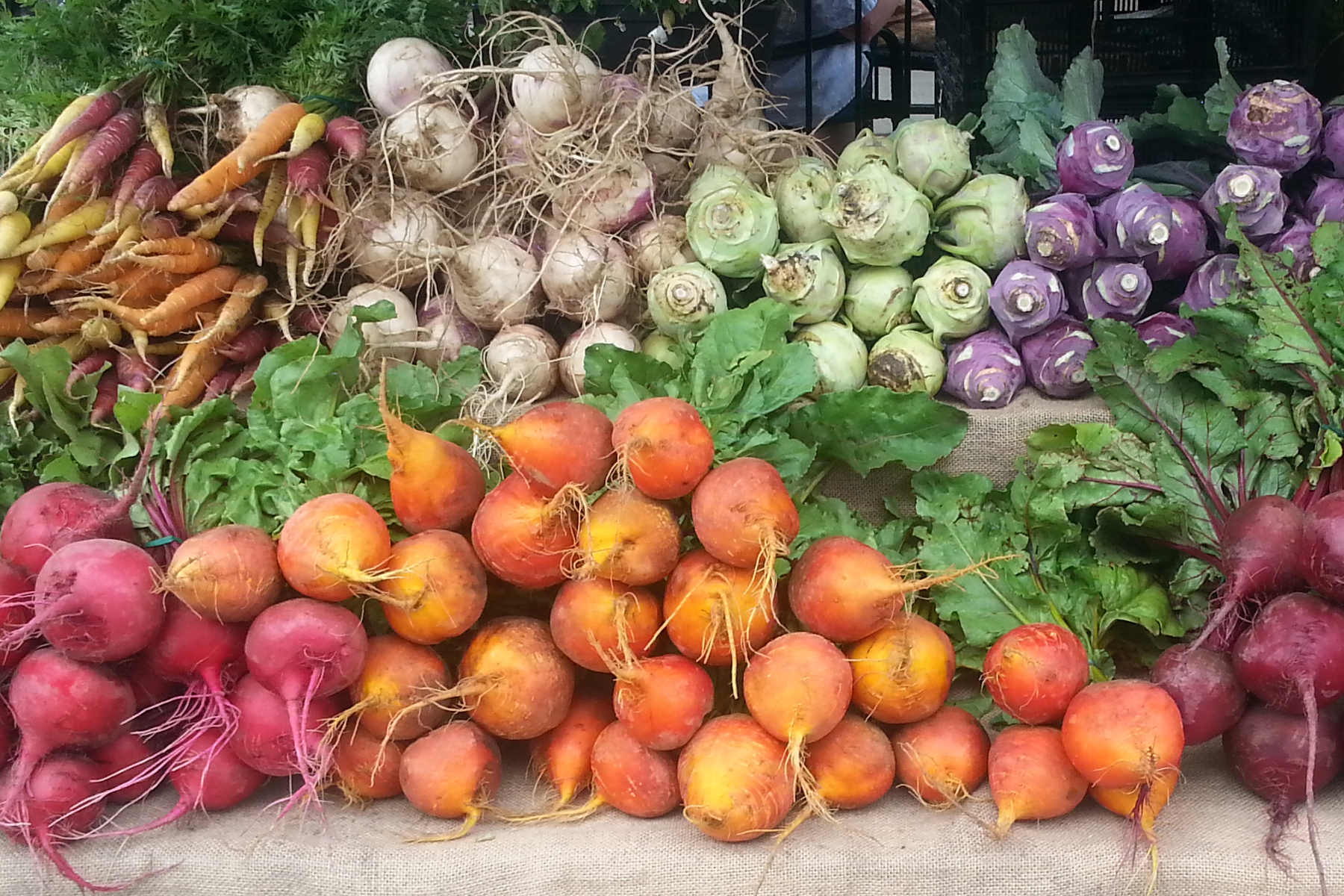 Send Up The Brand Signal

New city rules allow some skyscrapers a second corporate logo. “BMO Financial Group, is planning to capitalize on revisions to the city’s sign ordinance when it moves into its 50-story namesake tower under construction alongside Union Station next year.” The Tribune’s Ryan Ori reports that unlike the case of the gilded fart of the twenty-foot-tall letters astride the Trump Hotel, “the new rules would only affect office buildings, and the changes would be limited to the top of towers. ‘It will be done in a tasteful way,” Deputy Mayor Samir Mayekar said. ‘We’re not looking to turn downtown Chicago into a billboard.'”

The Cultural Center’s Back In June

The Cultural Center reopens in June, with restorations in the offing, DCASE announces in a release. “The restoration of the Chicago Cultural Center’s Grand Army of the Republic Memorial Hall and Rotunda brings back to life a lost treasure of architecture and decorative arts.” The museum-quality restoration of the art glass dome and decorative finishes, DCASE relates, is made possible by a generous grant of services valued at $15,425,000 to the City of Chicago. “An intricate process will expose the original 1890s surfaces by methodically separating layers of paint. The project also includes the conservation of a forty-foot diameter, 62,000-piece, art glass dome that will return natural light that has been blocked since a renovation in the 1930s. Long-lost lighting fixtures that were custom designed for the rooms will be recreated using early photographs and original architectural drawings.” The restorations are slated to be completed in 2022.

Black-and-White on the Red Line

Streetsblog has extensive details on upcoming renovations on the Red Line, which the CTA begins on May 16, the first of two phases of station and track reconstruction between Lawrence and Bryn Mawr, which is part of “the agency’s $2.1 billion Red and Purple Modernization Phase One Project, rebuilding the century-old Lawrence, Argyle, Berwyn and Bryn Mawr Red Line stations and tracks.” The new stations are larger and wheelchair-accessible, with elevators and wider platforms. “The CTA will also rebuild 100-year-old track structure between the four stations in Uptown and Edgewater, which it says will provide a smoother, more comfortable and more reliable ride. New track, support structures, bridges, and viaducts will be built along the 1.3-mile segment between Leland and Ardmore, eliminating crumbling pieces of infrastructure.”

River North’s single-story, flat-roofed firehouse at 450 North Dearborn is set to be demolished for a thirty-story hotel called The Rivere, reports Building Up Chicago.

Up, Up With Uptown

Uptown Update reports that Uptown United is developing a plan for the commercial corridors along Wilson Avenue and Broadway near the rebuilt Wilson CTA station. A virtual community workshop by the group’s Central Uptown Planning Study to support “a thriving commercial corridor” is scheduled for Wednesday, May 5 at 6pm. Read more about the project here.

The website of Wrigleyville’s Guthries Tavern, the board game bar at 1300 West Addison established in 1986, announces that it will reopen under new ownership, reports Block Club Chicago. The Tribune’s Chris Jones, who first reported the pandemic closure, tweeted ruefully, “I had a feeling, even as I wrote the piece about it closing. A lot of things that we called closed will be coming back. Just with different people.”

The Andersonville Farmers Market, with all product grown within a 200-mile radius, returns for its twelfth season on Catalpa between Clark and Ashland on Wednesdays from 3pm-7pm from May 12–October 20. Featuring more than twenty-five vendors, the group says AFM will continue to operate as a hybrid market in 2021, giving customers the option of shopping in person or ordering in advance for pick-up. Six new vendors this year include Andersonville Fine Foods (spiced and sweet nuts mixes); Empoli Delights (fresh pastas, sauces and flavored butters); NutMeg’s Nut Butters; Sheekar Delights (seasonally flavored baklava); Vangies Farm (organic produce, flowers) and WasteNot Compost (compost, worm castings).

Will Caps on Third-Party Food Delivery Services Be Extended Until Fall?

Alderman Scott Waguespack, the Finance Committee Chairman, wants City Council to extend an ordinance capping fees on third-party delivery service apps through at least the fall, reports Fran Spielman at the Sun-Times. Illinois Restaurant Association President Sam Toia likes the idea: “We are still in a pandemic. We’re still only at fifty-percent capacity in Chicago. More and more people are getting the vaccines. We are starting to see light at the end of the tunnel. However, restaurants, especially in our Central Business District, will not be back to full capacity and seeing sales like they did in 2019 until we get our convention and tourism business back” Toia told Spielman.“The cap on third-party deliveries helps restaurants. Restaurants in places like Lincoln Square and Brighton Park were paying upwards of thirty-percent fees to third-party delivery services. The caps cuts that in half. That makes a difference in an industry where every penny and nickel matters.” Could there be repercussions? When the cap was introduced, DoorDash levied a $1.50 “Chicago fee” on all city customers, rather than restaurants.

The Farmheads Group, including Farm Bar Lakeview and Farmhouse Tavern Evanston, on Earth Day added BubblyBee sparkling wine, crafted with honey sourced from the Brown Dog Farm’s fifty Wisconsin beehives. The new wine has notes of pear and quince on the nose with tasting notes of apricot, pear, white grape and honeysuckle and will be available as an eight-dollar, eight-ounce pour at Farm Bar Lakeview and Farmhouse Tavern Evanston, Farmheads Group says.

Borelli at The Movies

At The Trib, Christopher Borrelli asks who’s going to the movies, other than himself. “Last week I ventured into our moviegoing purgatory, to take a snapshot of those souls currently wandering the movie palaces and multiplexes during this most uncertain of moviegoing seasons. And I wondered: Do these pioneers tell us about the future of movies? Or the past? As one usher whispered, ‘Look, here come the guinea pigs now.’ … A man stepped out and said he wasn’t here for the movie, he was here for the movies. He didn’t really care what was playing.”

The prematurely sclerotic Tribune op-ed on “easy-breezy” “millennials” taking lessons from the pandemic has had more online muck raked than the double-header of Kass and Zorn: it’s a throwback to the halcyon, if brutal days of “Siskel Watch,” which chronicled the late movie reviewer’s many infelicities at the Reader’s Hot Type column. The reaction on Twitter was so base, it seems, that editorial page editor Kristen McQueary zapped her tub-thumping tweet about those “easy breezy” millennials getting their economic comeuppance, and the Tribune Opinion account posted that social media notice for the piece had been unpleasant: “We deleted an earlier tweet because some comments in replies violated our guidelines for social media posting.” Writer Leor Galil asked, “Does this mean the opinion page editor will be communicative with readers and the public about the rationale behind the shamelessly bad pieces y’all have been running?” At his Kass Watch account, journalist John Greenfield posts. “The fact that the Tribune deleted an earlier tweet, which promoted a featherweight op-ed arguing that Millennials are feckless, because of the brutal Twitter pile-on that ensued, offers a feast of schadenfreude.” Later, Galil added, “they really deleted the tweet to the bad millennials editorial just like that, easy breezy… also the editor deleted a promo tweet to the editorial too? definitely normal, transparent accountability here… Maybe delete the editorial page entirely.” Adds former Trib reporter Kim Janssen, now at the Los Angeles Times, “People are so mad it for being wrong when they should be laughing at it for being aggressively square. The lesson they’ll take is ‘provocative’ because so many people were triggered by ‘time to have babies and move to the burbs’ lol.” Adds Bill Savage, “Getting old? The Tribune op-ed page was born old.” To which James Finn Garner replies with the immortal words of radio comic Fred Allen, “He was born ignorant and has been losing ground ever since.”

On the Zorn path, journalist Logan Jaffe muses on Twitter, “I’m curious if the Chicago Tribune will count the outrage, conversation and impact of the Zorn column as audience engagement. Any outlet would do this if the engagement was ‘positive.’ High clicks/social interaction can be used to argue they should do more of this… which is bad. Also, we hear over and over again about the divide between opinion and news sections. But when you’re presenting metrics to shareholders what happens to that divide? I actually don’t know the answer to this but someone on here does I’m sure.”

The Sun-Times’ Kyle MacMillan writes about Ravinia’s new CEO and his plans to lead the nation’s oldest outdoor music festival into a new era. “When Jeffrey P. Haydon took over as president and chief executive officer of the Ravinia Festival in early September, six months into the devastating coronavirus pandemic, he did not have the luxury of a soft landing,” reports MacMillan. “The seasoned arts administrator had to immediately help stabilize the venerable Highland Park event’s shaky finances and begin determining if there were a way it could present much-desired, in-person performances in 2021. The big news is that Ravinia will present a live season this summer that will have about the same duration as usual but will likely feature 80-85 classical, jazz, pop and family events compared to the 110-120 that typically take place in a normal year. The schedule is expected to be announced in early May.”

Second City fires its night staff, including bartenders, while also losing its president, reports Chris Jones at the Trib. “When John Kramer first tended bar at The Second City in 1981, the co-founder Bernie Sahlins signed every check himself. And over a subsequent forty-year career pouring drafts and mixing specialty cocktails at least five nights a week, Kramer saw Stephen Colbert graduate from waiter to performer, Jon Favreau strive to be seen as something other than a night-side dishwasher and Jordan Peele standing behind the host stand, seating guests into the small hours of the morning.” That’s all over now. Second City laid off its staff of ninety or so bartenders, servers, hosts and dishwashers in October. When the theater announced a May reopening under new owners, New York-based private equity firm ZMC, the night staff was told they would have to reapply, and all evening catering operations would be outsourced to the Fifty/50 Restaurant Group. “Performers and night staff always hung out together,” Kramer told Jones, “We were like family.” In a separate matter, the theater said president Steve Johnston is out. “Steve will move on to a role as senior advisor to facilitate a smooth transition to the remaining management before pursuing endeavors outside of The Second City.”