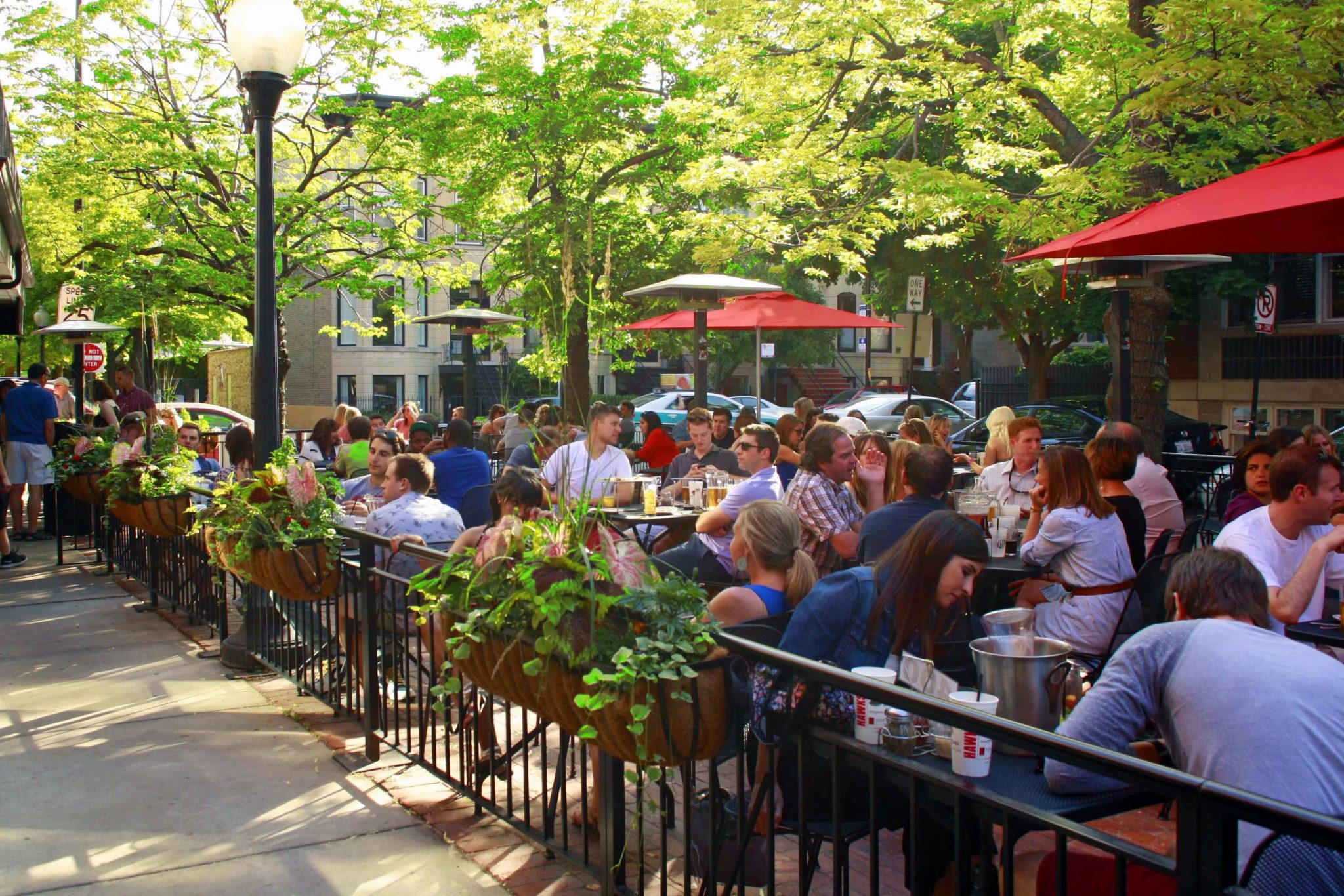 The U.S. Pavilion at the 2021 Venice Architecture Biennale will spotlight the American wood frame, reports Architectural Record. “Paul Andersen and Paul Preissner, curators of this year’s U.S. Pavilion, shine a spotlight on this humble method of construction to explore what it says about America’s history and our attitudes toward labor and the built environment. Andersen and Preissner, who both teach architecture at the University of Illinois, Chicago (UIC), run their own practices, but have collaborated on small-scale projects in the past… The two curators take sly pleasure in revealing what’s normally tucked behind drywall and in giving a supporting actor a star turn. In Venice, they will introduce their subject in dramatic fashion with a four-story wood-frame structure that acts as a walk-through stage set, rising in front of the U.S. Pavilion. As designed by Andersen and Preissner, this forty-foot-tall, eighty-eight-foot-wide construction—all frame and no cladding—engages Delano and Aldrich’s 1930 Neoclassical pavilion in a lively conversation about what architecture is and where it comes from.” The Tribune observes that the exhibition is all about how Chicago invented the way America builds houses.

The Revival Hall Food Group will stage a yearlong food pop-up at River North’s 109-year-old, three-story 135,000-square-foot Medinah Temple, reports Chicago Business. “Holocene Chicago” is slated to open in fall 2021. Vendors and retailers will rotate quarterly, and there will be demo kitchens, classes and events. “It was obvious to us that retail has changed, particularly in Chicago, and we saw this as an opportunity to bring life back to shopping downtown in a different way,” Craig Golden, co-owner of 16″ on Center and principal of Blue Star Properties, said in a statement. “There needs to be more to get people to come out and experience the joys of human interaction, hands-on discovery and the entertainment of shopping again.” “16” on Center — which owns Ukrainian Village bar and music venue Empty Bottle, Thalia Hall in Pilsen, and MONEYGUN in West Loop — hasn’t revealed food and beverage details,” reports Eater Chicago. “Craig Golden tells the Tribune that they’re experimenting to try something social and fun, floating a trial balloon to see what will work in a post-pandemic world.” Holocene Chicago’s Instagram is here.

Marz Brewing’s Logan Square brewery and taproom opened over the weekend in the Margie’s Candies building on North Milwaukee after two years of planning, reports Block Club Chicago. The Trib reports on the Marz Community Brewing opening, as well as a second Logan Square taproom, Solemn Oath Brewery, less than a mile away. “Ed Marszewski said he considered breaking his lease because it seemed ‘the world was collapsing. But a few months later, I changed my mind. We realized we could make things work.’ The new Marz location is called the Life on Marz Community Club, a pastiche of eye-popping colors and textures with a retro bent… ‘We want it to be a twenty-first century social club — a great place to chill, another third space. Like a VFW hall with a more contemporary use of color and material.’” Solemn Oath, by contrast, will offer “a more conventional experience, including a bar seating about eighteen people (once restrictions are fully lifted) and a pool table.”

Maureen O’Donnell tucks into the obit for restaurateur Jerry Ranalli, who was 83. “When Jerry Ranalli set up outdoor tables at his restaurant in Lincoln Park back in the 1970s, people warned him alfresco dining was a bad idea. ‘His friends in the restaurant business said people would never pay the bill, they’d run off,’ his daughter Suzy Evans said. ‘That didn’t turn out to be the case. Only two people skipped out on the bill in all of that time.’ More than four decades later, the original Ranalli’s and its outdoor patio are still operating at 1925 North Lincoln.” Ranalli, writes O’Donnell, “was a familiar face at many dining and drinking spots around town, having co-founded or worked at more than thirty of them. At one point, he simultaneously operated three Lincoln Park establishments: the original Ranalli’s, Cafe Hamburg and the Ultimate Sports Bar & Grill, which had its own boxing ring. The Ranalli’s restaurants — that brand grew to four — were known from the start for their pizza, strong drinks, 135 kinds of imported beer and Mr. Ranalli’s gregarious front-of-the-house presence. Jerry Ranalli was the gregarious front-of-the-house presence at his establishments. They also offered specialties that became favorites of carb-cravers: double-decker pizzas and the deep-fried calzone-type creation known as a panzerotti.”

Cinespace Chicago Film Studios says it’s aiming to expand its imprint. Cinespace announced its plans to add nineteen soundstages in their Little Village locations at 2621 W. 15th Place and in the 3100 block of South Kedzie; “the space acquired in the 1900 block of South Rockwell Street will be used for mill work and storage” reports the Sun-Times.

Southport Lanes May Not See A Second Century

Steve Edwards Moves On From WBEZ

“Steve Edwards, a Chicago Public Media mainstay who helped transform WBEZ into a go-to source for local journalism, is stepping down as the station’s chief content officer. Managing Editor Tracy Brown will succeed him.” tweets WBEZ. (He’s joining an executive-search firm.) “His character, his integrity and his passion are woven in and out of who we are at WBEZ. In that way, it’s a really difficult transition,” Chicago Public Media interim CEO Matt Moog said in a post on the station’s site. “It’s such a meaningful passing of the baton to Tracy, somebody who’s been here, who’s gotten to know everybody, who understands the city and knows the newsroom. She so identifies with the core mission and purpose of public media. Over the last few years, Tracy and Steve have built a strong partnership to lead our newsroom and content efforts, and together they have built one of the largest and most respected newsrooms in the city. While we will greatly miss Steve, we are in extremely capable hands with Tracy and her leadership as she starts her new role.”

Mark Brown marks a stance where Eric Zorn tread earlier, but with a little legwork: “I stopped by Little Village to see for myself the site of the shooting. I’m glad I did because the makeshift shrine to the 13-year-old made me more mindful of the pain his death has caused this community. Stacks of veladoras, the prayer candles popular with Mexican Americans, two basketballs, a football, a soccer ball and unopened boxes of Legos were among the many offerings left at the spot where he died. Weeks after his death, it remains a heartbreaking scene. Seeing it — feeling it — was a reminder for me to tread softly because I have something to say that will not be popular with many of those who feel affected by the boy’s death.”

Chicago music venues look to reopening in different ways, the Trib choruses. “While fully packed rooms with patrons bumping shoulders is presently a thing of the past, venues have found unique ways to make ‘live’ music live again.” Thalia Hall and Fitzgerald’s tell their tales, as well as Constellation: “the popular experimental jazz and improvisational music venue, began hosting intimate in-person shows last summer. But not every musician who plays at the space will perform in front of a live audience.” The safety policies for performances start “’with the desires and comfort of the performing artist.’ Artists can choose [among] a streaming-only set, a hybrid streaming and in-person performance for a small and invited audience, or a ticketed and socially distanced event for up to fifty audience members.” Constellation’s website says that “this flexible approach allows the performer to choose their comfort level and allows us to navigate new directives from our health officials.”

“@VicMensa – Shelter (live) directed by me the rapper,” Chance the Rapper posted on Twitter at the end of last week.

The Tribune’s Steve Johnson records the passing of Black civic leader Jetta Jones at 95. “When the Art Institute needed to implement a $5 million grant to better reach African Americans, it reached out to Jetta Norris Jones, who became the founding chair of the museum’s Leadership Advisory Committee, comprising Black community leaders. ‘When Jetta would ask anybody, they immediately said, “Of course, I’ll be involved in it,”; recalled Teri Edelstein, then the museum’s deputy director and a longtime friend of Jones. ‘Jetta not only knew everyone in the community, but everyone admired her.’ After decades as a ‘quiet force’ in Chicago civic life and the arts, Jones, 95, died April 9 at her daughter’s home in Los Angeles after living with dementia for years.”