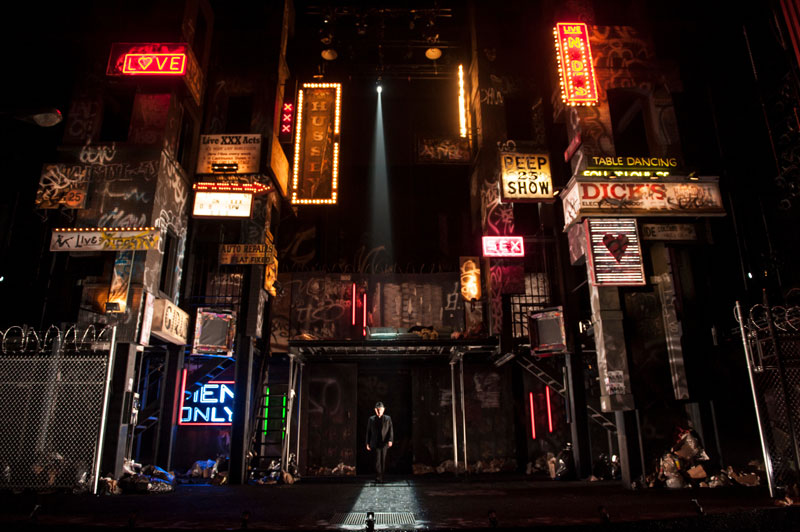 Another Year Without the 57th Street Art Fair

The 57th Street Art Fair’s hope for a 2021 edition is dashed: capacity limitations and other conditions mean no in-person event. “Although the City of Chicago has begun accepting permits for special events such as ours, and we applied for a permit, we have not received permission to hold the fair,” the group reports. “In addition, we do not have permission from Ray School and the Chicago Public School system to use any of the school building or blacktop areas that we would need. The State of Illinois guidelines for outdoor event crowd density also presented logistical issues and related financial expenses. Currently, the limit is fifteen people total per thousand square feet and would include all artists and their helpers, volunteers, committee members and visitors. It would be up to us to control the access and traffic flow in order to maintain this density.” The 2021 Virtual Fair will be live through May 2022.

Away with the Coach House Blues

A sixty-four-year ban on small houses in Chicago ended on Saturday, permitting coach houses and cottages in five zones, reports Channel 11. “The additional units can only be built as part of a structure that is at least 20 years old and must be located in an area where multifamily residential structures are permitted, according to the rules. The coach houses cannot be listed on short-term rental platforms like Airbnb… Chicago’s ban on coach houses and granny flats dates to 1957, when city officials were concerned by overcrowding in the city.” The zones include portions of Edgewater, Lake View, Lincoln Square, North Center, Uptown, Albany Park, Avondale, East Garfield Park, Hermosa, Irving Park, Logan Square, West Town, North Lawndale, South Lawndale, West Garfield Park, Ashburn, Auburn Gresham, Chatham, Chicago Lawn, Englewood, Greater Grand Crossing, Roseland, West Englewood, West Lawn and Woodlawn.

“We call each other Twin. Been doing that for years. We share shit: height, weight, style, sneaker DNA (and size), ideologies, skin color, love for our people, this city. Not that we are a reflection of one another, but we reflect on each other,” Scoop Jackson visits with friend LaVelle Sykes and his urban fashion empire at Chicago. “’I remember the first time I met you,’ Sykes tells me. ‘You came into Tony’s Sports one day and it was like you were famous already. And I said, “I’ma be friends with this dude.”‘ That day was in the mid-’90s. I know because LaVelle started working at Tony’s in 1994, two years after his cousin was killed, two years after he was in a car accident that nearly took his life (the same happened to me in 1987), a crash that forced him to make a choice: Find yourself or let these Chicago streets find you…”

The $28.6 billion American Rescue Plan is finally online. There’s information on the Small Business Administration website, as well as a chance for tavern owners, restaurateurs and other businesspeople to pre-register for the application portal. The link to the restaurant revitalization fund is here. The program provides emergency assistance for eligible restaurants, bars, and other qualifying businesses affected by the pandemic.

Buona Beef sells 2,00o pounds of vegan “Italian beef” in its first week: That’s a ton, son! “Buona’s isn’t the first to try a meat-less version of the sandwich,” reports Eater Chicago. “Its ‘beef’ is made with thinly sliced strips of browned and seasoned seitan. If customers want their sandwiches dipped, there’s a meat-free option with vegetable-based gravy” The item isn’t a permanent menu addition, but a ton of seitan could quickly change that. (Plus, it’s a sweet, mild rebuke to recent spleen-filled columns by Tribune content provider John Kass about the existence of plant-based products.)

Try The West Italian, West Loop Italian, That Is

The Boka Restaurant Group has a Lee Wolen restaurant headed to the West Loop by mid-summer, replacing the Bellemore space with Alla Vita, an Italian restaurant. Co-founder Kevin Boehm of the Boka Restaurant Group tells the Tribune’s Nick Kindelsperger, “After a year of defense, it’s nice to play some offense… There have been so many conversations during the past year about what is the best move to take. We’ve fought and been in pain. It’s nice to see that clearing up.” Pastas and pizzas are on the menu, as well as ” larger format dishes cooked in the restaurant’s wood-fired oven, like whole grilled branzino and roasted half-chicken with salsa verde. Wolen is also bringing over the immensely popular ricotta dumplings he’s been serving for years over at Boka… While most of the menu looks to traditional Italian food… Wolen couldn’t help but bring in a few Italian American dishes… ‘In the salad section, we play with classic Italian American chopped salad served in a big wooden bowl with tongs. You’ll be able to order different-sized bowls depending on the size of the table.’ Also look out for his spin on chicken Parmesan.”

It Won’t Be Long Now

The Music Box has booked a two-week limited-capacity run of John M. Chu’s adaptation of Lin-Manuel Miranda’s “In The Heights.” Starting May 7, the theater’s main auditorium’s capacity moves from 50 to 175 people, reports Michael Phillips at the Trib, making the run feasible alongside its simultaneous HBO Max release. “By then,” general manager Ryan Oestreich tells Phillips, “we assume more people will be vaccinated, and it’ll be exactly what we need to really get going.”

Richard Wright’s daughter, Julia, tells CBS News about her choice to publish Wright’s “The Man Who Lived Underground” more than six decades after his passing. “Wright joined CBSN to explain how she discovered the text and how the book remains just as relevant today as when he wrote it in the 1940s.”

“Good morning. The Chicago Tribune faces destruction if someone doesn’t help Stewart Bainum buy the newspaper. Tell any wealthy, civic-minded Chicagoans you know: The situation is dire. We have 18 days,” tweets Chicago Tribune city hall reporter and Chicago Tribune Guild president Gregory Pratt. “The Chicago Tribune is profitable! More importantly: It’s a critical local institution that holds powerful politicians accountable and keeps the public informed about everything from the arts to hamburgers. We will lose a key civic guardian without the newspaper.”

Linda Villarosa writes a major personal essay in the New York Times Magazine’s health issue: “Black Lives Are Shorter in Chicago. My Family’s History Shows Why; How did a Promised Land to generations of Black families become a community of lost lives?” “On a wrinkled sheet of lined paper tucked in my mom’s purse was a list of places we had jotted down, memories to visit. It was January 2020, and my mother and I were on a trip to Chicago, to see the places from her past and my early childhood in and around the Englewood section of the city, where she was born and raised, and where I was, too, before we moved to Denver in 1969,” her remembrance begins. “As we drove south in our rental car, from Roosevelt University on South Michigan Avenue, where Mom attended college in the 1950s, toward what was called the Black Belt, I imagined myself as a seven-year-old sitting on the second-floor balcony of my great-aunt’s brick building on South Vernon Avenue, watching people bustle below. I would strain to hear my mother soaking in news and gossip from her aunties, their voices soft and Southern, before I was shooed away, warned to stay out of grown folks’ business.”

At contract’s end in August, Steppenwolf artistic director Anna D. Shapiro is leaving to direct her first movie. “Bury the Lede” is a biography of Connie Lawn, who was a White House correspondent for fifty years; Lookingglass Theatre co-founder Joy Gregory wrote the screenplay, Deadline reported last week. Shapiro continues work on “The Devil Wears Prada,” a musical based on the movie with music by Elton John, lyrics by Shaina Taub and book by Paul Rudnick. July 2022 at Chicago’s James M. Nederlander Theatre is the hoped-for premiere on its pre-Broadway run.  Shapiro remains in the Steppenwolf ensemble, and will shepherd two plays in the recently announced 2021-22 season: Tracy Letts’ “The Stretch,” one of a trio of short plays to stream in September and Rajiv Joseph’s “King James,” with a February stage world premiere. “Now the work is to take this beautiful, mad and revolutionary experiment to the next level and welcome in the next generation to make their mark. I look back on my tenure with great pride,” Shapiro says in a Steppenwolf release. “I have been honored to work alongside so many great artists and staff, and will continue to do so as an ensemble member in the Steppenwolf family.” Steppenwolf tradition, as well as its founding documents, hold that the next artistic director will be selected by the roster of forty-nine ensemble members.

The debate—and rights issues—over streaming recordings of past theater productions continues, but the Goodman is streaming an exemplar of Chicago Shakespeare production for free: “Experience Shakespeare like never before—’Measure for Measure’ is streaming FREE & on demand now through May 9 only! Robert Falls’ daring production takes us into the heart of Shakespeare’s dark comedy, in which virtue and vice collide.” Falls notes, “I didn’t write this blurb. But it’s for a show that I was very happy with, and I don’t say that often,” he tweeted. “It wasn’t meant for public viewing (Archival) but we discovered that it was quite well captured, and if you want to check it out – please do. It’s fun.” (Brian Hieggelke reviewed the 2013 production for Newcity: “I’d suggest that never in the history of this play has such a raw and raucous production been seen as Falls hoovers in a half millennium of influences and spits out something wholly original.”) Catch the production here.