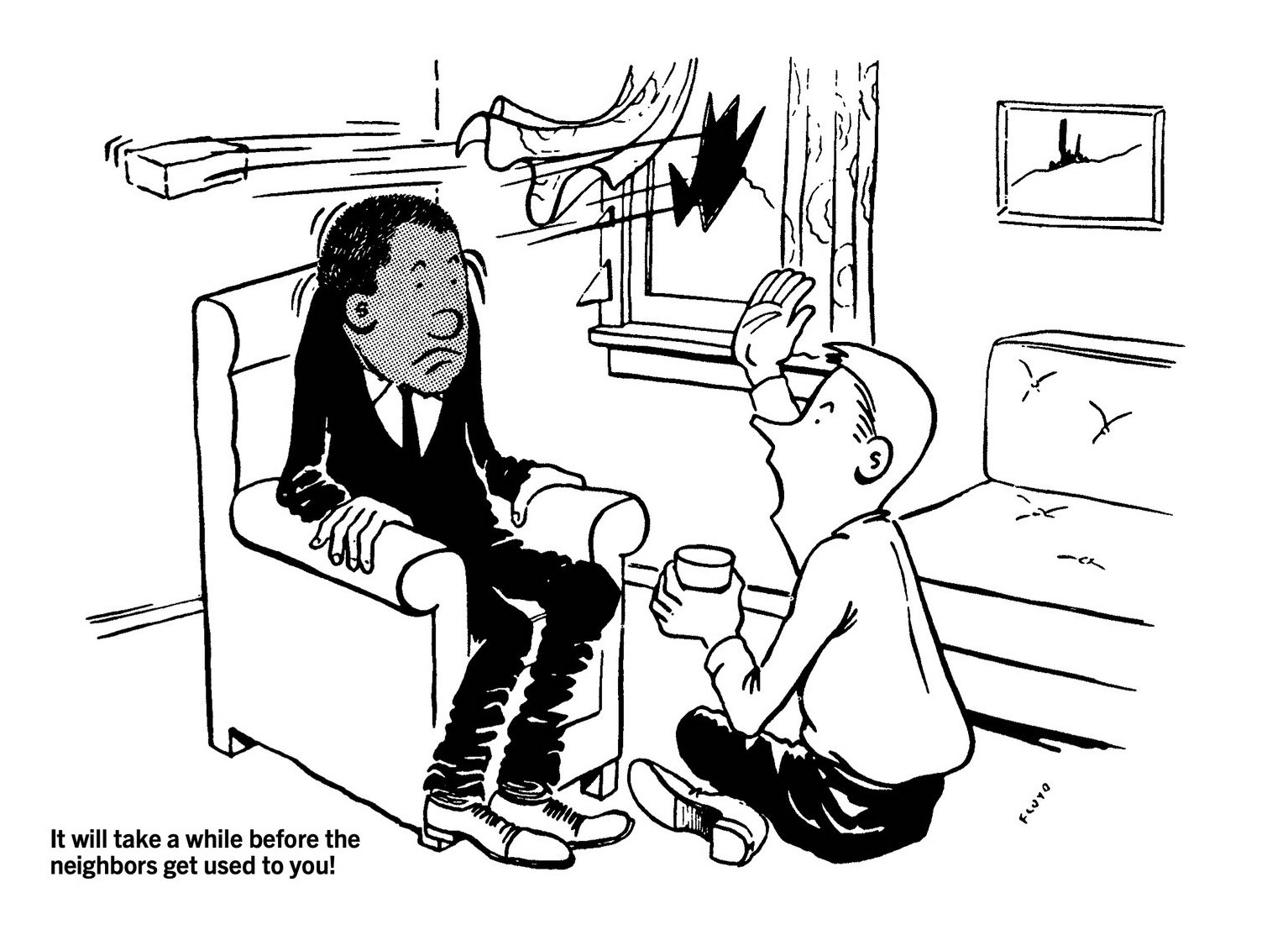 The Trib reports on the completion of work on the Navy Pier Flyover, key to improving the Lakefront Trail. “The $64 million flyover, started in 2014, was originally planned for a ribbon-cutting in 2018 but it was repeatedly delayed. The 1,750-foot-long, 16-foot-wide steel and concrete flyover goes from Ohio Street Beach to the south side of the Chicago River.”

Make Up First School of Makeup Artistry is relocating from its downtown Chicago location after more than a decade, they report, “to a modern, high energy, airy space” in the West Loop under the guidance of make-up artist Jill Glaser. The school will soon open at Art+Science salon to offer industry-savvy courses each week.

“I want to share what I know with the people,” Mexican-American chef Florencio Flores tells Block Club Chicago as he opens Haru Sushi on Armitage in Logan Square after two decades as a sushi chef. ““I love to make sushi. I like to design, to play with fish and ingredients,” Flores says. “While Flores has long dreamed of striking out on his own, Haru was born out of necessity. Flores’ work hours were cut at Sai Cafe during the pandemic, and then his business partner closed Tsukiji Fish Market after seven years,” leaving the chef without work. “I have no job, so I decided to open a small business for myself.”

Director of Film Strategy Tim Horsburgh is leaving Kartemquin Films. Writes KTQ: “We know Tim will continue to have a relationship with individual films and the broader Kartemquin community, and we respect his desire to explore other opportunities and wish him well. Please join me in thanking him for his hard work and dedication to Kartemquin over the last twelve years including many highly acclaimed issue-oriented documentaries.” Horsburgh promises more information after his June 30 departure, but for now tweets, “I’ve taken the big decision to reorient my professional center of gravity and explore some new options and challenges. There are few places like KTQ. I don’t like using the word unique but it actually is. I hope to stay adjacent and involved while exploring what’s next as an independent producer and distribution consultant. KTQ has an amazing slate of projects and many exciting things brewing.”

Cinema/Chicago’s annual free Summer Screenings Program will be virtual for 2021, with limited tickets to nineteen features viewable from across the country on the Chicago International Film Festival’s streaming platform for a 24-hour window starting at 6:30pm every Wednesday from May 26-September 29. Filmmakers will introduce their films or participate in post-screening discussions. Free tickets will be available on Mondays sixteen days in advance of each screening. The full schedule is here.

New York Review Books is featuring its June 1 publication of “It’s Life As I See It: Black Cartoonists In Chicago, 1940-1980,” edited by Dan Nadel, with essays by Charles Johnson and Ronald Wimberly and cover design by Kerry James Marshall, “Chicago’s Black press—from The Chicago Defender to the Negro Digest to self-published pamphlets—was home to some of the best cartoonists in America. Kept out of the pages of white-owned newspapers, Black cartoonists found space to address the joys, the horrors, and the everyday realities of Black life in America,” writes NYRC. “From Jay Jackson’s anti-racist time travel adventure serial Bungleton Green, to Morrie Turner’s radical mixed-race strip Dinky Fellas, to the Afrofuturist comics of Yaoundé Olu and Turtel Onli, to National Book Award–winning novelist Charles Johnson’s blistering and deeply funny gag cartoons, this is work that has for far too long been excluded and overlooked.” The anthology accompanies the MCA exhibition “Chicago Comics: 1960 to Now.”

Sun-Times Columnist Appeals For Buyer For Trib To Manifest

“This is an odd thing to do in the pages of the Chicago Sun-Times, but I’m asking someone to buy the Chicago Tribune,” writes Andy Grimm. “Alden is widely regarded as the worst of a class of owners who regard newspapers as assets to be stripped, with profits put ahead of providing readers with the news and information a community needs to function. Alden cuts staff, on average, by about 75% within a few years of taking over a newspaper. As bad as things get around Chicago, does anyone think we’d be better off with fewer reporters walking the streets and corridors of power in this city?” Grimm goes on, “Sam Zell and Michael Ferro thought they would revamp the Tribune properties into a continent-straddling, content churning money machine. That’s all fine and good, but someone willing to take up Stewart Bainum’s challenge will have a much better chance of success, measured by the not-unambitious goal of sustaining a vibrant local newspaper.”

Chicago Sun-Times reporter Tom Schuba links to the paper’s coverage of the tens of thousands  of emails from top Lightfoot officials taken by Distributed Denial Of Secrets, a nonprofit whistleblower group. “Freddy Martinez, a local activist and member of DDoSecrets’ board, said his team discovered the files [and] ultimately posted the voluminous collection of emails after realizing they contained information ‘the public should know in light of the killing of Adam Toledo, we have decided to publish a cache of emails from the City of Chicago and the Chicago Police Department,’ DDoSecrets noted in a post announcing the release.” Among the pieces linked in the thread: South Side Weekly published a story about Mayor Lightfoot’s behind-the-scenes lobbying for qualified immunity: “A report meant to make the mayor’s case for qualified immunity showed ten years of CPD lawsuits that cost Chicago taxpayers more than half a billion dollars.” (The Sun-Times overview is here.)

Checking In With The Kass Clowns

Longtime Trib content provider John Kass engaged critics on Twitter with what appears at first to be unlikely docility: “Before trolls of the left begin shrieking for my blood and flesh, understand this: I condemned Trump for Jan 6. I don’t believe the election was stolen. Trump’s election lawyers made fools of themselves.” An apology! Of sorts! Yet Kass concludes, “But I’ve always entertained the possibility that it may have been rigged.” Mark Jacob, formerly of both the Tribune and Sun-Times asks questions that remain unanswered: “I don’t understand your point, John. You don’t believe the election was ‘stolen’ but you think it’s possible it was ‘rigged’? What does that mean?”

Meanwhile, John Greenfield’s Kass Watch wide-eyes the man and his quality trolls: “You get paid six figures a couple days a week cranking out the worst writing in the Midwest,” a reader writes, to which Kass ripostes, “Thanks for not reading.” A second reader chimes in: “You have to understand at this point that if you’re actually expecting many people to ever read your work in good faith again, after even just the last few months of your column, you’re delusional. Everyone knows who you are and what you believe, that paints everything.”

It’s No Longer “All In Illinois,” It’s “Enjoy Illinois”

As rules are further eased today, the state’s pandemic-era slogan is shed, WTTW’s Heather Cherone tweets, accompanied by an REO Speedwagon break-up song. “The ‘Time for Me to Drive’ advertisement (featuring the anthem formerly known as ‘Time for Me to Fly’) will be funded with $6 million, and target Illinois border states. Two of those border states — Michigan and Indiana — are listed on the highest level of the city of Chicago’s travel order, which requires travelers who are not fully vaccinated to record a negative test or quarantine for ten days.”