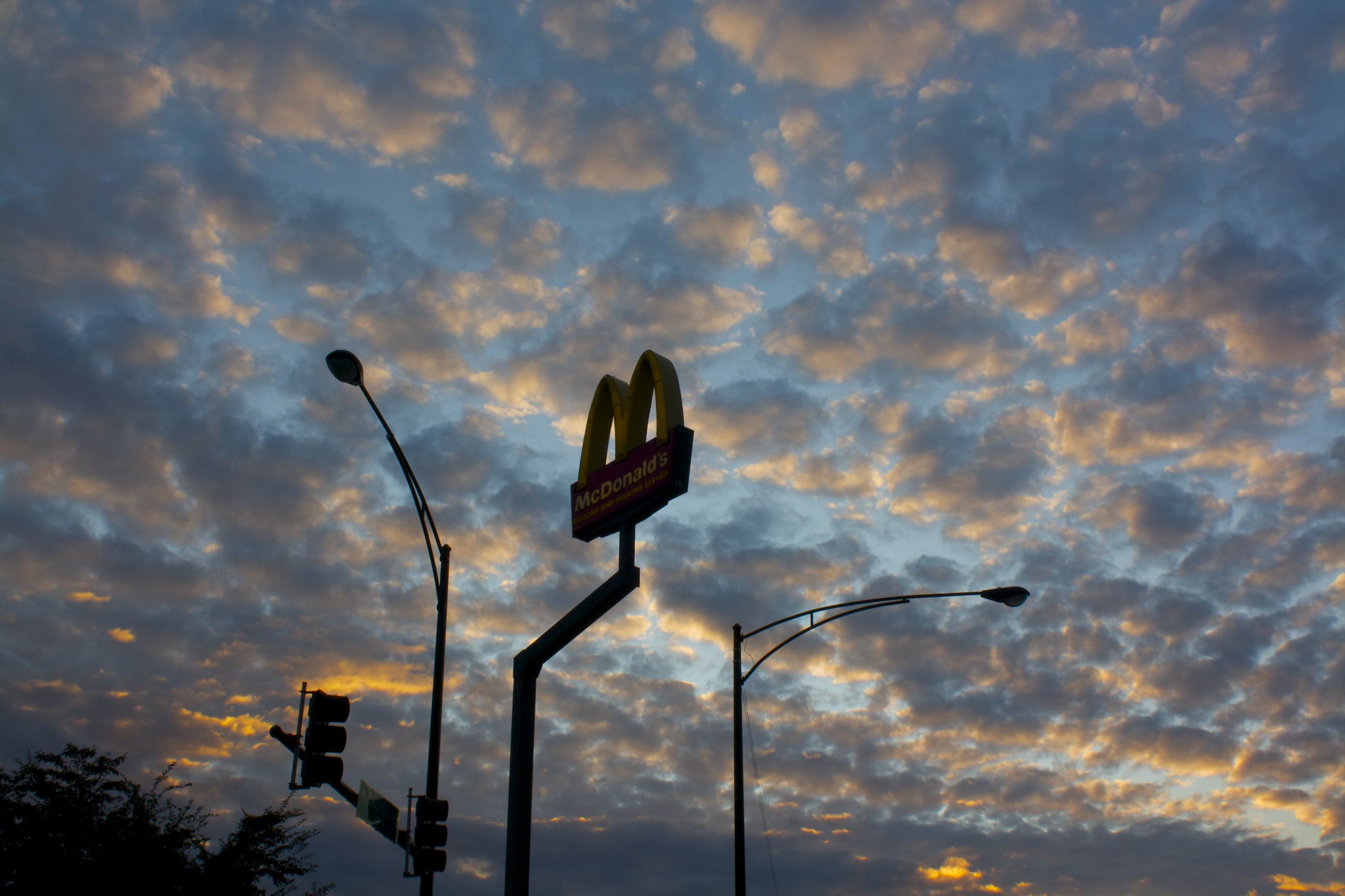 What The Loss Of Iconic Chicago Housing Stock Means

At the Trib, Sarah Freishtat looks at a momentous shift across the face of the city: “As Chicago combats a shortage of affordable housing, its communities face a key challenge: the loss of the city’s iconic two-, three- and four-flats… The changes to Chicago’s housing stock, detailed in a new study from the Institute for Housing Studies at DePaul… show the ripple effects of increased demand for expensive single-family homes in high-cost neighborhoods the study found often comes at the expense of affordable housing large enough for families. In neighborhoods where buildings were razed but not replaced, the findings highlight the need for investment in existing properties and in the broader community, the study concluded.” “Why is there an affordability crisis in Chicago? It’s not that there is a lot more low-income people coming to the city or living in the city,” Geoff Smith, executive director of the institute told Freishtat. “It’s actually that there’s a loss of supply of those low-income units. And this component of the stock, the two- to four-unit buildings, is really important to that affordable supply.”

“McDonald’s is raising pay at 650 company-owned stores in the U.S. as part of its push to hire thousands of new workers in a tight labor market,” reports AP. “The fast-food giant is also encouraging its franchisees — which make up 95% of its restaurant base — to boost pay.” (Advocacy group Fight For Fifteen is among those promoting a nationwide strike on Wednesday, May 19.) Chicago-based McDonald’s announced that its hourly wages will increase an average of ten percent over the next few months to $13 per hour, rising to $15 per hour by 2024. Entry-level workers will make at least $11 per hour; shift managers will make at least $15.” “Fight for $15 and a Union,” a labor group hoping to unionize fast food workers, said the increases aren’t enough. “Clearly, McDonald’s understands that in order to hire and retain talented workers, something needs to change,” McDonald’s employee and union organizer Doneshia Babbitt said in a statement to AP. “Now, they’re raising pay for some of us and using fancy math tricks to gloss over the fact that they’re selling most of us short.”

Today is the last day for Abina Manning (Newcity Film 50) at Video Data Bank after twenty-two years, fifteen as director. “Since I relocated here from London in 1999, Video Data Bank has been my passion, and the work of my life,” she writes. Manning sees an “incredibly challenging period” ahead, leading her to reconsider priorities and will relocate to Berlin to be closer to family and be with her partner. “Video Data Bank celebrates its forty-fifth anniversary this year; I’m proud to have played a part in ensuring the organization’s longevity, the collection’s depth, and its longterm future.” She cites Video Data Bank projects from recent years, including “VDB: anthologies, box sets and monographs; preservation and digitization projects; establishment of the Videofreex and Kuchar Archives; the VDB TV streaming channel; and the ‘Decades’ compilation, as well as commissioning amazing writers and curators to elucidate the collection. Particularly thrilling for me has been presenting work from the collection to live audiences — be it in a museum, a classroom, or a local backyard screening.” Tom Colley will serve as interim director.

Trib Sub Cancellation One Of Lightfoot Gestures In Leaked Emails

“In the face of critical reporting, Mayor Lori Lightfoot canceled her subscription to the Chicago Tribune — and she was eager to let the public know, newly leaked emails show,” reports Block Club Chicago. “Lightfoot’s sometimes-prickly relationship with the press has occasionally bubbled to the surface, but in September, she wanted to send a strong message to Chicago’s largest newspaper after critical reporting and a related editorial she felt ‘effectively called me a liar.’ ‘I urge members of the public, the next time the Tribune comes out with some big expose or a screaming headline — please consider the source,’ Lightfoot wrote in a September 22 email. ‘I have and that’s why I have canceled my digital and print subscriptions to the Trib.'” the letter was not released. “Instead, her communications team significantly softened the mayor’s language — absent the subscription revelation — and responded to the Tribune coverage with a series of tweets.”

Gregory Pratt links to the article and tweets a sample of Lightfoot’s performative ire in the face of criticism: “About Mayor Lightfoot being hard to work with and that contributing to hiring and retention problems, see this email where she ripped up documents and sent staff a photo of it to illustrate her message: ‘I have asked nicely, now I am done.'”

Bob Koester (Newcity Music 45), longtime owner of Chicago’s Jazz Record Mart and founder of the Delmark Records label has passed, reports Maureen O’Donnell at the Sun-Times. “The store he ran for decades at various downtown Chicago locations drew legions of jazz and blues fans from around the world. Bruce Iglauer, founder of Alligator Records, called Mr. Koester ‘a hero not only to blues and jazz but to Chicago music.'” Iglauer said that Koester “gave artists free rein in the studio. That approach resulted in classics including ‘Hoodoo Man Blues’ by Junior Wells… Mr. Koester lifted some forgotten artists from the 1930s out of obscurity, getting them to record for the first time since they’d made it big in the era of 78 rpm records… In an online tribute, longtime WXRT DJ Terri Hemmert called Mr. Koester ‘a force of nature,’ the Jazz Record Mart ‘one of the coolest record stores in the world’ and said she’d buy a record just because it was on his label. ‘If it was on Delmark, I wanted to hear it.'” Greg Kot links to his 2003 tribute to a “remarkable legacy” when his label celebrated its fiftieth anniversary and Koester was the Tribune’s Chicagoan of the Year in music: “That the label has kept its 350 releases continually in print is testament to that stubbornness. Koester remains dedicated to the old-fashioned notion that the music must always take priority over business, and that the artists know better than anyone how to present their art. There’s not much room in today’s music mainstream for such guiding principles, but then Koester never played by anyone’s rules but his own. His legacy is all around him – not just in the groundbreaking artists he’s recorded, from Otis Rush to Ken Vandermark, but in the countless Chicago independent labels that take their cue from his single-minded business practices and devotion to music.”

Pervis Staples, Co-Founder Of The Staple Singers, Was 85

Mavis Staples says of her late brother to Rolling Stone: “Pervis was one of a kind—comical and downright fly. He would want to be remembered as an upright man, always willing to help and encourage others. He was one of the good guys and will live on as a true Chicago legend.” “In the group, Pervis sang tenor, backing up Pop alongside Mavis and Cleotha. Early on, many assumed Pervis was the one hitting the low notes on the tunes, although it was actually Mavis,” RS writes. “In journalist Greg Kot’s 2014 book about Mavis and the Staple Singers, Pervis recalled, ‘We’d trick ‘em, The audience would be looking for me to come up with the low part — this was for the people who heard the record but had never seen us before, I’d come up to the mike and switch over at the last second where Cleotha was, then Mavis would step up. That messed them up, but it woke up the crowd.'”

“Here’s a COVID-19 recovery policy I hope sticks around: tickets that are both changeable and refundable,” Chris Jones reflects on a longtime live show hazard. “The industry long has balked at returning anyone’s money, even in extreme situations. That means most people who go to live entertainment have, at some point in their lives, been forced to eat the cost of an unusable ducat. Or four.” Broadway producers have adopted a more generous point of view, he reports. “The Nederlander Organization, which hosts many Broadway shows and also owns Broadway in Chicago, updated its policy to permit exchanges and refunds at its theaters, even up to just a couple hours before curtain time. Now the language is written in such a way as to permit refund and exchange ‘requests’ (with the seller granting or not granting them at its discretion) rather than offering up a new entitlement. The Nederlanders have good lawyers.”

Underneath the jargon, sunny news from the Governor’s office: The Bridge Phase of the Restore Illinois reopening plan begins today. “The Bridge Phase is the final step before the full reopening of Phase 5,” the office says in a release. “Under Bridge Phase, there are expanded capacity limits for businesses, dining, offices, events, conferences and gatherings. Barring any significant reversals in key COVID-19 statewide indicators, including increasing hospitalizations, Illinois could enter Phase 5 as soon as Friday, June 11.” The state will continue to follow Centers for Disease Control and Prevention guidance on mask-wearing in Phase 5. “Illinoisans have worked so hard over the past year and a half to keep their families and neighbors safe, and reaching Bridge Phase means that we’re closer than ever to a return to normalcy,” Pritzker says. “To keep up this progress, I urge every eligible Illinoisan – now including 12 to 15-year-olds – to get vaccinated as soon as possible.”

Chris Borrelli remembers “Ray Lotter, the lederhosen-wearing, yodeling, Porsche-driving German immigrant whose Christkindlmarket (and boot-shaped mugs full of mulled wine) became a Chicago holiday tradition.” “Close your eyes and you can see the legacy of Raimund F. “Ray” Lotter, native son of Wurzburg, Germany, longtime adopted Santa of sorts to Chicago,” Borrelli writes. “You can see the strands of white lights strung throughout the Daley Center. You can see the market stalls. You can smell the potato pancakes and feel the bracing cold of December in Chicago… Gemutlichkeit, the German equivalent of coziness on a cold night — Lotter radiated it. You might even argue that because of the enormous popularity of his Christkindlmarket, Chicago — like much of the Midwest, once synonymous with German immigration and tradition — again pined for a warm gluthwein and lined up for honeyed lebkuchen cakes.”

At the Sun-Times, Maureen O’Donnell: “Mr. Lotter’s death and that of Helmut Jahn mean ‘Chicago and the Midwest lost two great Germans this week,’ said Maren Biester Priebe, chief executive officer of German American Events, which runs Christkindlmarket. ‘We appreciate their legacies of cultural ties, dedication and accomplishment.’ … He was a descendant of the founder of Lotter-Objekt, a German interior design and fabrication company. ‘The first Christkindlmarket booths were manufactured by the family company and put together by hand by dad and two uncles who came over from Germany,’ his daughter said. ‘Though other American cities also hold German Christmas markets, “Ours is the largest and most authentic,’ said Kate Bleeker, a director of German American Events.

Local Universities Require Vaccinations For Returning Students In The Fall

Reports the Sun-Times, Northwestern joins DePaul, Loyola and Columbia in requiring students be fully vaccinated before arriving on campus for in-person classes come fall. “The university estimates over 75% of Northwestern’s students are either fully vaccinated or have completed their first dose. Although the vaccine mandate doesn’t include faculty and staff, Northwestern is strongly encouraging them to get vaccinated.” UIC is not mandating vaccination, the paper reports. “SAIC will require COVID-19 vaccines for all undergraduate, graduate, post-baccalaureate, and Continuing Studies students who intend to be on campus for any period of time starting in the fall 2021 term,” the school said in an email to students.