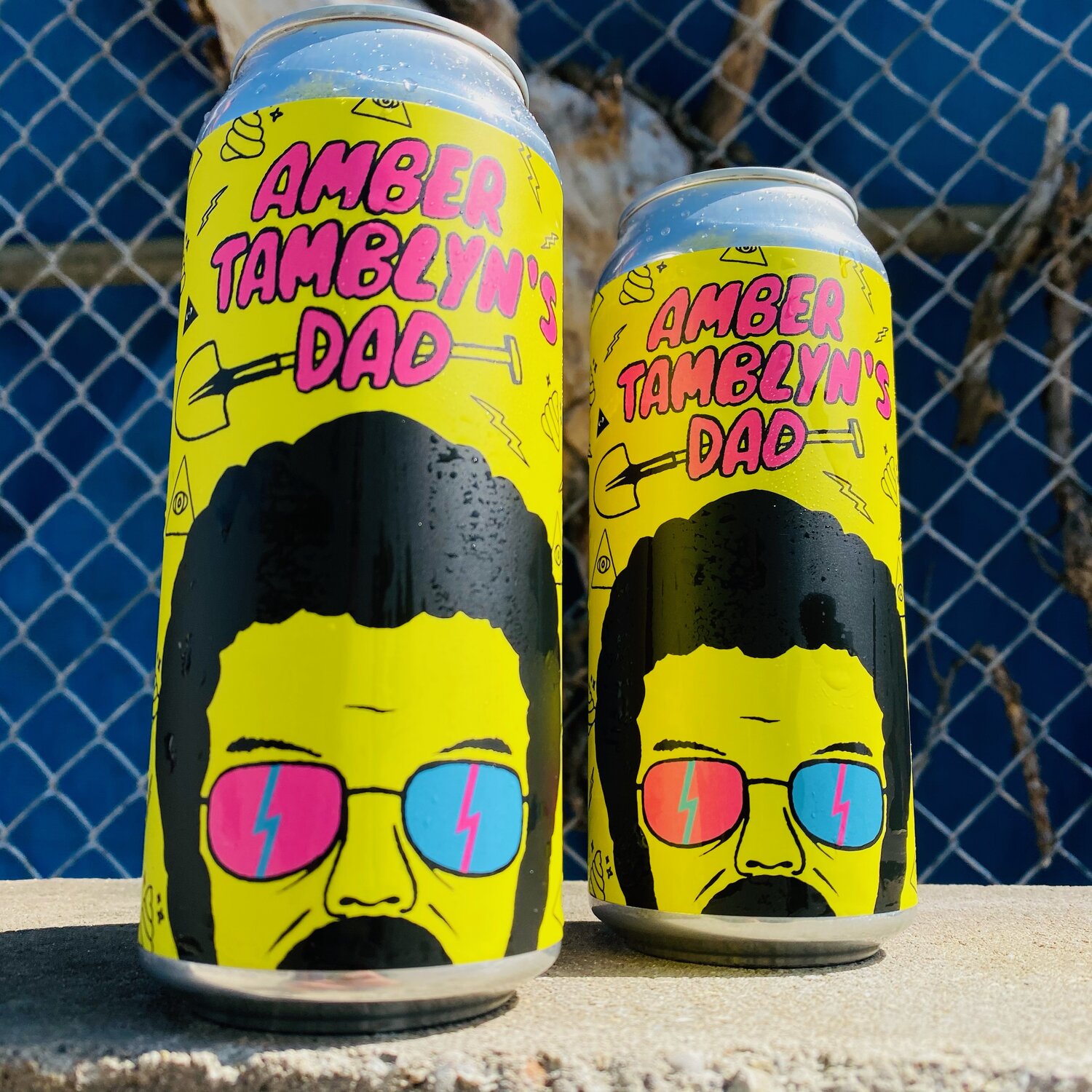 The Luminarts Cultural Foundation 2021 architecture fellow, named in partnership with the ICAA, recognizing emerging young artists, is Marie Kruse.  Kruse has six years of design, technical and construction management experience on successful higher education, multi-family residential, workplace and cultural projects in the Chicago area, Luminarts relays. “Marie is inspired by Chicago’s extensive architectural culture and history. She believes all buildings should be designed with beauty, functionality, and durability in mind while also considering the future wellness of both people and the planet.”

From the Trib: “If you want to know what’s going on in Chicago’s dining world, Louisa [Chu] and Nick [Kindelsperger] have the answers. Where to go. What to order. What are the issues that people in the industry — and, ultimately, diners — care about?” Colin McMahon, the Tribune’s editor-in-chief is quoted. ”Of major focus is how the industry emerges from the extraordinary challenges of the pandemic. ‘The Chicago dining scene right now is a phoenix rising from the ashes of a pandemic year when so many people lost their jobs, and so many lost their lives,’ Chu said. ‘Whether it’s someone serving amazing tacos out of a garage, or a beautiful pastry from a window, or really world-class-level execution, the community still supports it and is still so hopeful.'”

Eating Out In the “Bridge Phase”

“After months of industry anxiety about whether customers would return to eating out as the pandemic persisted, people are indeed filling booths and tables once more. Now comes the hard part: being open,” reports the Trib. The city will “broadly” follow CDC instructions, the public health department said in a statement, “Chicago has had more stringent rules than the state throughout the pandemic, but Lightfoot said that people who are fully vaccinated will not count toward capacity limits in Chicago. Restaurants and bars will be allowed to seat more than 10 people in a party if all patrons are vaccinated… Bars and restaurants will also be allowed to operate within their regular liquor license hours. Social events will be allowed to have 250 people indoors and 500 outdoors, and meetings, conferences or conventions will have up to 1,000 people, the city said… City bars with 4am licenses will be allowed to stay open until then if all patrons are fully vaccinated.” The Sun-Times reports that stricter city rules still apply, for now, in Chicago saloons and eateries. “At Club Lago in River North, co-owner Guido Nardini said he expects the city will soon lift the indoor mask mandate, and he’ll go along with it — even if he’s not completely comfortable… ‘In my secret heart, I’d be relieved if masks were still required, but somebody above my pay grade is making that call… This is pretty novel and everyone is sort of flying by the seat of their pants. We have to trust that these are decisions coming from people who are trusting the science and that this is the right call. The thing I know is I can’t enforce something that the CDC doesn’t enforce.”

“Listen… if the beer cozy fits,” the child actor-turned-indelible presence, memoirist and inspired dancer Russ Tamblyn tweets: “Chicago—get yourself some Amber Tamblyn’s Dad from the fine folks at Illuminated Beer I hear it’s feminist as all hell.” Much like the perennially hip performer and perpetual hippie, with roles in “West Side Story,” “Cabin Boy” and “Twin Peaks,” the brew “is a 6% sour ale made with passion fruit and it’s delightful! Now it’s not one of these stupid, trendy Slushee beers that all the cool kids are making,” blogs Illuminated Brew Works, It’s “more of a traditional American sour ale with passion fruit all up in it. The caramel and honey malts wrap their hairy arms around the passion fruit giving you a delightful face sensation that’s a lot like a candied apple if the confectioner ran out of apples and just started candificating passion fruit instead and assuming you’d never know the difference. Well, joke’s on you. You CAN taste the difference and it’s fang-tastic! Amber Tamblyn’s Dad is better than all those old Roger Corman exploitation motorcycle films AND ‘West Side Story’ wrapped together, covered in petrol fuel and set to fire with one of David Lynch’s cigarettes. Truly.”

Dial Bookshop Turning Over To Exile In Bookville

Javier Ramirez (Newcity Lit 50) and Kristin Enola Gilbert, who founded Exile in Bookville as an online store in October 2021 while planning a storefront, have taken over The Dial Bookshop on the second floor of 410 South Michigan, from Dial owners Heidi Zhang and Peter Hopkins. Gilbert and Ramirez will open as Exile in Bookville next week, reports Shelf Awareness.

The Chicago Headline Club announced its dozens of 2020 Peter Lisagor awards. Even a cursory scan of the long, long list reinforces that there’s spunk and punch in Chicago media yet.

The Sun-Times: “Dick Kay, a no-nonsense, incisive inquisitor who had one of the longest political reporting careers in Chicago, died today at 84. He worked at the NBC station WMAQ-TV for 38 years.”

“For the first time in Tribune history, the newsroom guilds joined with our union pressmen and Teamsters to fight for local news,” the Chicago Tribune Guild tweeted Saturday. “Running out of time and hope, more than a hundred Chicago Tribune employees and supporters held a rally at the newspaper’s West Town printing plant Saturday evening in a last-ditch effort to prevent the sale of Tribune Publishing to hedge fund Alden Global Capital,” reports the Trib’s Robert Channick.“The gathering included Tribune journalists past and present at the Grand Avenue entrance to Freedom Center, carrying signs, giving speeches and commiserating under a gloomy sky and a twenty-foot inflatable Fat Cat protest balloon. The message to Tribune Publishing shareholders, who are set to vote Friday on Alden’s proposed $633 million bid to buy the Chicago-based newspaper chain, could be winnowed down to an oft-repeated chant: ‘Vote no.’ ‘We are here because we want to save the Chicago Tribune,’ Greg Pratt, a Tribune reporter and president of the Chicago Tribune Guild, told the crowd. ‘In six days, Tribune Publishing shareholders will vote on whether to accept an offer from a company that will destroy our newspaper.'” Journalists from the Orlando Sentinel also staged a gathering, reports the University of Central Florida Knight. “As the future of newsrooms is at stake, Orlando Sentinel education reporter, Annie Martin, said she thinks these hedge fund companies care about making a profit but don’t necessarily care about serving the community. ‘I think that’s really unfortunate. For people studying journalism today, I certainly think that there is a future in this career and I certainly think there are opportunities. But, as newsrooms get smaller and smaller, those opportunities are dwindling. They’re fading.'”

The NewsGuild has unveiled a new strategy: “If Tribune shareholders do not vote down the offer outright at a special meeting May 21, they will perhaps delay consideration. That would give the company a window to keep operating as is and show strong digital subscription growth and operating profit through the year, as CEO Terry Jimenez promised in a recent quarterly earnings report. Plus it would allow more time for Maryland investor Stewart Bainum Jr. — or someone else — to put together a superior bid to Alden’s.” A letter to shareholders filed with the SEC concludes: “There are examples across the country of newspapers pursuing a business strategy that explicitly enhances the public service mission of the newsroom and charts a sustainable future. This strategy, undertaken only after the newspaper has been purchased by local, civic-minded investors, shows great potential to stabilize the business model and expand news coverage after years of declines. One such investor [Bainum] has offered the board a proposal to do just that for Tribune newspapers across the country. We fully support this effort, and urge the board to give this prospective buyer, or others like him, more time to prepare a bid that promises to yield a better future for our communities.”

Block Club Chicago reports that Variety reports that Lollapalooza returns to Grant Park from July 29 to August 1. “The fest will be allowed to return at ‘near-to or full-capacity’ with an announcement expected next week… Asked about the report, Asha Binbek, a mayor’s spokeswoman, said ‘conversations have been moving forward in a positive way,'” but a final decision has not been made public. “The Mayor’s Office and CDPH have been in conversation with several large event organizers, including the team at Lollapalooza, on how to bring these experiences back to Chicago in safe way,” Binbek told Block Club. “We are taking these events case-by-case and determining how we can ensure the safety of our patrons.” (Variety’s report is here.)

The Reader listens in on Beau O’Reilly, co-founder of Maestro Subgum & the Whole and Curious Theatre Branch as he releases a new album, “Thrifty,” which contains distanced collaborations from across the land: “I’ve always written more than people can keep up with. I write a lot of plays and I write a lot of lyrics. I just write all the time. The band could never quite keep up with the amount of lyrics I was writing… I had ideas for some songs and I had some lyrics already written. But the songs didn’t exist and the band was not going to be playing for a period of time, it was obvious. So I put together about a dozen sets of lyrics and sent them out to specific composers or musicians that I liked working with. I would send them one or two things to read and choose from. And miraculously, people started to do it. It surprises me…. And again, you know, because of the pandemic, people had time. So somebody could sit and work on a song for hours that they might not have been able to do in their real life.”

Two weeks before Memorial Day and “a frustrated Alderman Tom Tunney said it’s ‘frickin’ almost summer’ and there has been ‘no guidance’ on whether or not block parties will be allowed — and, if so, under what capacity, mask-wearing and social distancing limits. Tunney, one of Mayor Lori Lightfoot’s closest City Council allies, aired his frustrations at the tail end of a meeting of the Committee on Special Events, Cultural Affairs and Recreation,” reports Fran Spielman. “It takes a good four-to-six weeks to organize your block — who’s bringing this and who’s bringing that. Sometimes there’s a little bit of entertainment. Sometimes the jumping jack is there. It is a very important event on a block-by-block basis.”