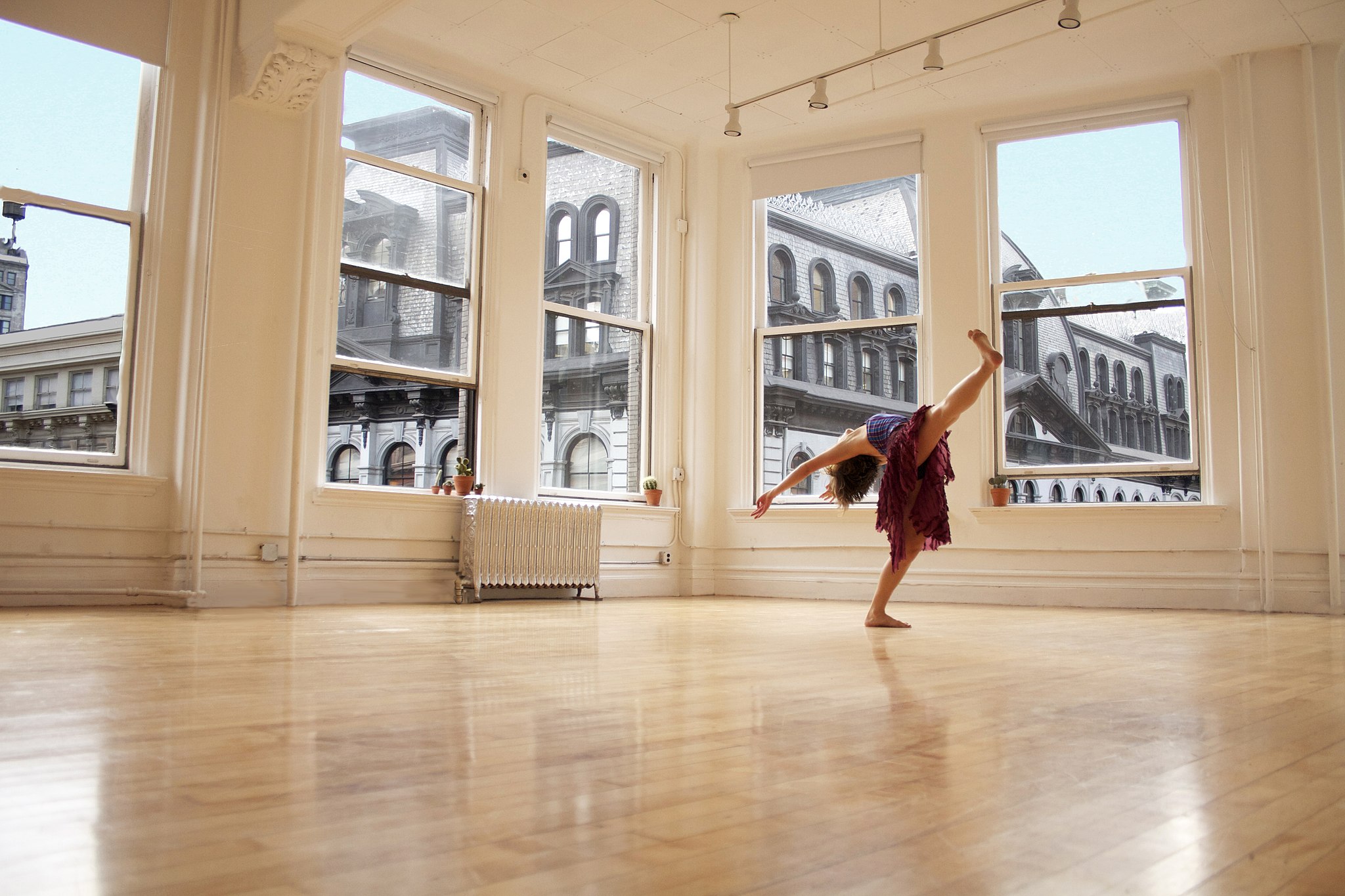 ARIES (March 21-April 19): Aries playwright Samuel Beckett wrote the play “Waiting for Godot.” At one point in the tale, the character named Estragon suggests it might be possible, even desirable, to “dance first and think afterwards.” In response, the character named Pozzo says, “By all means, nothing simpler. It’s the natural order.” With that in mind, and in accordance with astrological omens, I am going to encourage you to dance first and think afterwards as much as possible in the coming weeks. In my opinion, your ability to analyze and reason will thrive to the degree that you encourage your body to engage in enjoyable free-form play. Your power to make good decisions will grow as you take really good care of your physical organism and give it an abundance of pleasure and release.

TAURUS (April 20-May 20): As you enter a phase when gradual, incremental progress is the best progress possible, I offer you the concluding lines of Taurus poet Adrienne Rich’s poem “From a Survivor”: “not as a leap, but a succession of brief, amazing movements, each one making possible the next.” I especially want to call your attention to the fact that the small steps can be “brief, amazing movements.” Don’t underestimate the power of minor, subtle, regular breakthroughs.

GEMINI (May 21-June 20): Here’s a public service announcement for you Geminis from the planet and god Mercury: You’re under no obligation to be the same person you were three years ago, or six months ago, or last week—or even five minutes ago, for that matter. Mercury furthermore wants you to know that you have been authorized to begin a period of improvisation and experimentation, hopefully guided by a single overriding directive: what feels most fun and interesting to you. In the coming weeks it will be more important to create yourself anew than to know precisely who you are.

CANCER (June 21-July 22): As a Zen Buddhist priest for forty-seven years, Kosho Uchiyama was knowledgeable about the power that illusions can wield over our imaginations. “If we’re not careful,” he said, “we are apt to grant ultimate value to something we’ve just made up in our heads.” I won’t tell you the examples from my own life that prove his point, because they’re too embarrassing. And I’m happy to report that I don’t think you’re anywhere near granting ultimate value to something you’ve just made up in your head. But I do advise you to be on the lookout for milder versions of that phenomenon.

LEO (July 23-Aug. 22): Leo-born professor Sibelan Forrester is an expert on charms, spells and incantations in Russian folklore. She wrote, “An empty place where no one can see or hear what one says is the proper locus for working magic.” Spells often start with these words, she added: “I rise up, saying a blessing. I go out, crossing myself, and I go to an open field.” Whether or not you have Russian heritage, Leo, I see the immediate future as being a good time for you to perform magic in an open field with no one else around. What might be the intention of your magic? How about something like this: “I ask my guides and ancestors to help me offer my most inspired largesse so as to serve the health and inspiration and liberation of the people whose lives I touch.”

VIRGO (Aug. 23-Sept. 22): Spiritual author Stephen Russell wrote, “Don’t mask or deny your vulnerability: It is your greatest asset.” That’s an exaggeration, in my opinion. Vulnerability is a greater asset than your intelligence, compassion and creativity? Not in my view. But I do recognize the high value of vulnerability, especially for you Virgos during the next three weeks. “Be vulnerable,” Russell continues. “Quake and shake in your boots with it. The new bounty and beauty that are coming to you, in the form of people, situations and things, can only come to you when you are vulnerable—open.”

LIBRA (Sept. 23-Oct. 22): My friend Jenny’s Swedish grandmother used to say to her on a semi-regular basis, “Åh tänk om vi vore korkade, vi skulle vara så lyckliga,” meaning, “If only we were stupid, we would be so happy.” In the coming weeks, I am asking you to disprove that folk wisdom. According to my analysis of the astrological potentials, now is a favorable time for you to explore ways in which your intelligence might enhance and deepen your enjoyment of life. Your motto should be: “The smarter we are, the happier we will be.”

SCORPIO (Oct. 23-Nov. 21): Sometime soon I invite you to speak a message similar to what poet Kenneth Rexroth once delivered to a special person in his life. He wrote, “Your tongue thrums and moves / Into me, and I become / Hollow and blaze with / Whirling light, like the inside / Of a vast expanding pearl.” Do you know anyone who might be receptive to hearing such lyrical praise? If not, create a fantasy character in your imagination to whom you can say it. On the other hand, maybe you do know a real person who would appreciate an earthier, less poetical tribute. If so, please convey it; something akin to this: “Your influence on me amplifies my ability to be my best self.” Now is a perfect time to honor and extol and reward those who move you and excite you.

SAGITTARIUS (Nov. 22-Dec. 21): Author Aldous Huxley said, “I can sympathize with people’s pains, but not with their pleasures. There is something curiously boring about somebody else’s happiness.” To that I reply, “Other people’s pleasure and happiness bored you? Maybe you were suffering from raging narcissism and an addiction to cynicism.” In any case, Sagittarius, I hope you won’t be like Huxley in the next few weeks. I believe you could glean useful insights and derive personal benefits from knowing about and appreciating the joys of others.

CAPRICORN (Dec. 22-Jan. 19): Capricorn businessman Howard Hughes (1905–1976) had great success early in his life. Working as a film director and aviation pioneer, he became a wealthy philanthropist. But as he aged, he became increasingly eccentric and reclusive. For the last ten years of his life, he lived in expensive hotels, where he placed strict and often absurd demands on the hotel staff. For example, if he called on room service to bring him a meal that included peas, he would measure the peas with a ruler, and send back any he deemed too big. I do hope that you Capricorns will also have an intense focus on mastering the details in the coming weeks—but not as intense or misguided as that nonsensical obsession.

AQUARIUS (Jan. 20-Feb. 18): Aquarian author Charles Dickens (1812-1870) was famous and popular. Audiences packed the halls where he did public lectures and readings. His favorite way to prepare for these evening events was to spend the day drinking a pint of champagne, as well as generous servings of rum, cream and sherry with eggs beaten into the mix. I don’t have a problem with that—whatever works, right?—but I suggest a different approach for your upcoming appointments with greater visibility and prominence. Like what? How about sexy meditations on the gratitude you feel for your expanding possibilities? How about fun fantasies focusing on how you’ll use your increased clout?

PISCES (Feb. 19-March 20): In his upcoming book “The Dictionary of Obscure Sorrows,” John Koenig proposes that we begin using “monachopsis,” a word he coined. He defines it as follows: “the feeling of being out of place, as maladapted to your surroundings as a seal on a beach—lumbering, clumsy, easily distracted, huddled in the company of other misfits, unable to recognize the ambient roar of your intended habitat, in which you’d be fluidly, brilliantly, effortlessly at home.” Even if you have spent too much time lately experiencing monachopsis, my dear, I predict this malaise will soon dissipate and give way to an extended phase of being fluidly, brilliantly, effortlessly at home.

Homework: Tell me your three most brilliant and useful opinions. Go to FreeWillAstrology.com