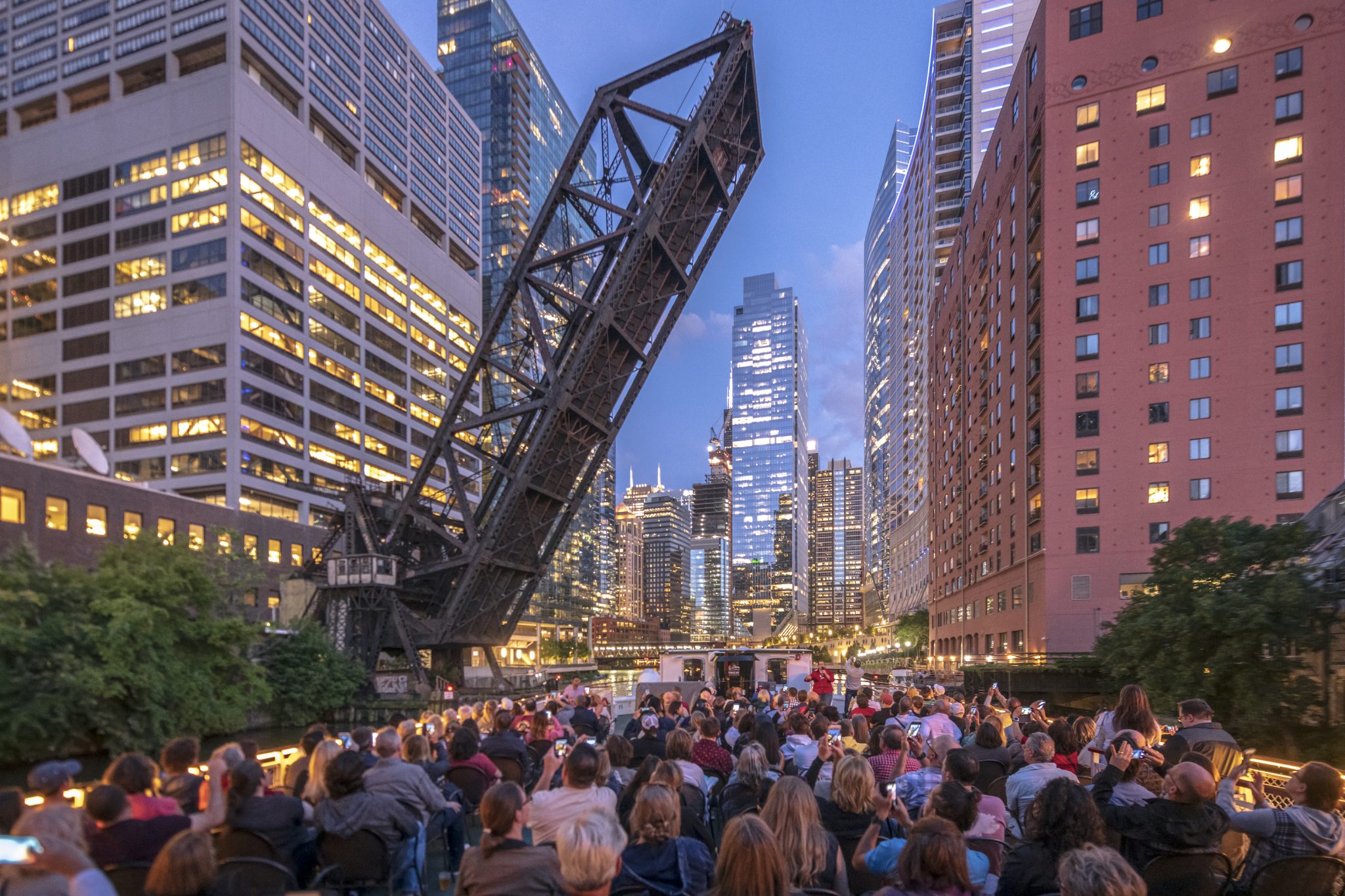 “Hello Helios,” a Greektown public art exhibit opens June 5 and runs through next spring. Greektown Chicago assembled a diverse group of artists to salute summer with twenty-four artworks inspired by the sun and its mythologies from Greek, Aztec, Yoruba, Japanese and Native American cultures, lining Halsted from Monroe to Van Buren. More here.

“What progress have U.S. museums made on diversity, after a year of racial reckoning?” asks the Art Newspaper of art institutions around the country “about their efforts to diversify their workforces, exhibition programs, permanent collections and audiences.” Among the names and faces: former MCA senior curator Naomi Beckwith. “Much is riding on the appointment of Naomi Beckwith, who takes over as [Guggenheim’s] deputy director and senior curator in June. Beckwith, a senior curator at the Museum of Contemporary Art, Chicago, has masterminded shows delving into racial identity and recently helped plan the New Museum’s groundbreaking exhibition ‘Grief and Grievance: Art and Mourning in America,’ an exploration of Black loss in response to racist violence.” Richard Armstrong, director of the Guggenheim and the Solomon R. Guggenheim Foundation says “she will be a very persuasive leader among the curators and out in the wide body of the institution. She’s got a range of acquaintanceship with artists, some of whom we’re not familiar with, so to the degree that she’s incorporating new people into the dialogue and underscoring the values of others, we’ll gain from that.”

The Art of Giving Foundation, dedicated to funding local art programs and artists in need of start-up money to launch or maintain social initiative programs that benefit their communities, will hold its second annual fundraising gala, known as the “Black Tie and Sneaker Ball” on July 9 at Artifact Events. Details on performances and grants here.

Fears of Gentrification Accompanying The Obama Center In Jackson Park

The Guardian: “‘This is a world-class park put together by Frederick Law Olmsted and now somebody wants to gut it when, in fact, they can put it in a perfectly serviceable [location somewhere else],’ said Richard Epstein, a constitutional law professor at the University of Chicago who represents Protect Our Parks,” the paper reports. “Neighbors’ response to the Obama Presidential Center has been cautious. Woodlawn, Washington Park and South Shore are predominantly Black low-income neighborhoods that have experienced the brunt of housing demolitions, discriminatory lending practices, and disinvestment since the twentieth century…A major flashpoint has been affordable housing. A University of Illinois at Chicago study found that housing prices in the area rose between 2010 and 2017. ‘While rents vary, there is clear evidence of rising rents in newly renovated and new construction units, which the majority of current renters cannot afford,’ researchers wrote.”

“After a years-long effort to redevelop Congress Theater fizzled last year, a new developer has stepped forward to overhaul the beloved Logan Square venue, which has sat empty for nearly a decade,” reports Block Club Chicago. “Baum Revision, a development firm with a reputation for restoring historic buildings like the Green Exchange and the Margies Candies buildings, is ‘seriously exploring’ reviving the Congress,” Alderman Daniel La Spata told Block Club. “The Baum team is focused on securing financing to rehab the theater… Restoring the deteriorating 1920s theater will be costly. The earlier version of the restoration was expected to cost at least $69 million.”

In time for the Memorial Day weekend, the Chicago Architecture Center has reopened with new and updated exhibits in its 10,000 square feet of galleries full of scale models of building designs from Chicago and around the world. Walking and river tours are running, too. Details here.

Cloud Kitchens on Rockwell near Irving Park is not making friends with neighbors, Fox 32 reports. The ghost kitchen houses eleven restaurants preparing to-go and delivery orders. “We do anywhere from six to 10,000 orders a week,” operations and sales manager Deidra Suber told Fox. “That means a lot of delivery drivers on Rockwell, which has several businesses but also homes. Community members have taken pictures that they say show overwhelming traffic trouble. They have filed complaints since the business opened last year.”

Washington Post food critic Tom Sietsema is hopped up for Louisa Chu’s first dining review as co-food critic: “The debut review from Louisa Chu in the Chicago Tribune makes me want to hop on a plane and eat at Dear Margaret. Awesome, heartfelt…” Writes Chu of the French-Canadian-influenced, takeout-only Lakeview eatery, that she calls “one of the best in the Midwest,” “When I brought home leftovers to eighty-six- and eighty-seven-year-old Mom and Pop Chu, my father shockingly approved of the value, and my mother marveled critically at the care with which the smelt was fried. This, she said in Chinese while holding a crisp veiled fish with chopsticks, this is the future.” Dear Margaret’s dining room opens in a month or so, “while we wait on our furniture.”

Michigan Avenue’s historic Carbide & Carbon building is the site of Venteux, a brasserie and champagne bar opening today and shepherded by executive chef and partner Donald Young, known for being the youngest chef in Chicago to receive a Michelin Star at the age of twenty-eight, two years ago for Temporis. Venteux intends to be “a bustling after-dark destination for residents and visitors returning to the city’s nightlife scene [with] a sophisticated, high-energy atmosphere in the heart of downtown.” Details here.

Vaca’s Creamery, a vegan soft serve ice cream shop, will open Friday near Pulaski Park, reports Block Club Chicago. “The shop’s walk-up window offers vanilla and chocolate soft serve and a rotating seasonal flavor, all of which can be served in cones, cups, shakes and sundaes. The soft serve has an oat milk base, and gluten-free waffle cones are available.” (Vaca means cow in Spanish.)

“While not requiring vaccinations, The Alinea Group will provide vaccination lapel pins to any employees who voluntarily choose to show proof of [vaccination],” tweets Nick Kokonas. “Those employees will not be required to wear masks per CDC guidelines, and guests can identify them via the pin.”

Restaurants Can Close For Good Reasons

“Many restaurants that stood accused of racism and toxic environments last summer vowed to be better,” Jaya Saxena writes at Eater Chicago. “But there’s little consensus on what ‘better’ even means or how to measure when a restaurant has succeeded.” The survey of wreckage starts with Fat Rice and moves on from there. “There Is No ‘After’ the Reckoning for Restaurants,” the survey is headlined: “One year after Instagram flooded with callouts against racist, sexist, and toxic restaurant work cultures, what’s actually changed?”

Jonah Hill and Oscar-winning screenwriter of “The Departed” William Monahan are teaming up on a limited series that will chart the byzantine power structures of Hollywood fixer Sidney Korshak, a Chicago mainstay and Lew Wasserman, the MCA chairman who was the most powerful man in Hollywood, Deadline reports. They’re working from the Wasserman bio “The Last Mogul,” by Dennis McDougal. The Sun-Times Darel Jevens: “Believed to have been connected to powerful mob figures, Korshak denied any ties in a 1950 congressional hearing. The California Organized Crime Commission included him in its list of organized-crime players in 1978.”

Films In A Garden

The Music Box announces its schedule through June for its post-sunset garden showings, which has a forty-person capacity. Schedule here.

Cinema verité doc “Wuhan Wuhan,” a Kartemquin co-production, co-produced by Diane Quon (Newcity Film 50) won the documentary feature competition at the Minneapolis-St. Paul International Film Festival. “In documenting the impact of a soul-crushing global health crisis through the daily turmoil of a metropolitan hospital in Wuhan, China, ‘Wuhan Wuhan’ exudes the deepest humanity and empathy… ‘Wuhan Wuhan’ is both an elegy to those we lost and an homage to those who persevered.”

The New York Times, historically noted for failed digital acquisitions, looks to invest millions of its digital cash flow in acquiring nationwide sports site The Athletic (with a reported money-losing $80 million in revenue last year). Axios reports. Here’s the Chicago farm team for talented up-and-coming writers. Aaron Nagler of Packers fansite CheeseheadTV tweets: “The Athletic gobbling up all the local beat reporters to then be swallowed up by the Times is a perfect window into the modern media landscape.”

The Nieman Foundation for Journalism at Harvard named its 2022 fellows. Of regional note: Deb Pastner, director of photo and multimedia at the Star Tribune in Minneapolis, “will examine how the racial reckoning in the wake of George Floyd’s death has altered the relationship between photojournalists and their subjects. She will explore ways to reframe and renew that association.”

When You Reach September… Stages

Court Theatre’s 2021-22 season opens with an “Othello” conceived for a smaller audience and co-directed by artistic director Charles Newell and Gabrielle Randle-Bent. The season will continue with the return of Henrik Ibsen’s “The Lady from the Sea” in a new translation from Richard Nelson and directed by Shana Cooper. The final attraction will be August Wilson’s “Two Trains Running,” directed by resident artist Ron OJ Parson.

Cook County Health will hand out a free ticket to Six Flags Great America Wednesday to anyone who gets a shot at its locations. Exclamation point in the original: “With summer coming, if you have not gotten your vaccine, now is the time!” More details at the Sun-Times.

Karen Sauder, site leader and vice-president in Google’s Chicago office, op-eds at Crain’s: “Practically speaking, Chicago needs the business community now more than ever. CTA trains are about one-third full compared to pre-pandemic levels, Michigan Avenue is dotted with shuttered businesses and mid-week pedestrian traffic downtown still feels like a random Sunday afternoon. Now that restrictions are lifting and we can get out into the city, that’s exactly what we should do… While I plan to continue to benefit from the convenience of video calls on the go, we still need those casual collisions in the hallways and conversations in the micro kitchens. It’s where we riff on each other’s ideas and come up with some of our best solutions. Some people might be hesitant to go back to work in-person after more than a year of working remotely. I get that—there’s no doubt that it’s been nice to wear sweatpants and take calls outside on warm mornings. But I’ve also learned that I miss my commute time, where I have freedom and space to let my mind wander or turn over a problem I’m trying to solve. I miss taking in new scenery and being in motion, both important fuel for my brain. For the good of everyone and the good of Chicago, it’s time for those of us who are able to venture back into the city, walk its streets, visit its restaurants, shop in its stores and head back to the office.”